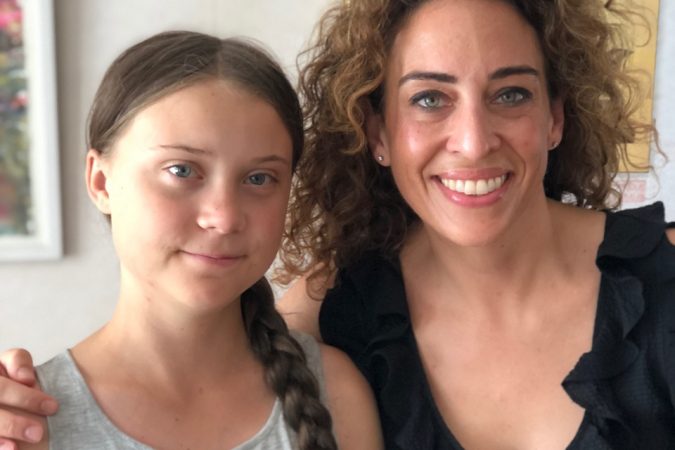 With her latest documentary including the likes of Greta Thunberg and George Monbiot, film and documentary producer Andrea Walji shares her thoughts on how film can play a part in raising awareness on conservation and environmental issues.

Andrea Walji, a documentary and filmmaker based in London, uses the medium of film and photography to capture the importance of conservation and environmental projects within the current climate crisis. Her first film ‘The Tigers Voice’ began as a project inspired by her passion and work in tiger conservation in India, focusing on the grassroots programs that are making significant steps in the protection of tigers. Since then, Andrea has created short films and documentaries on anti-poaching, the endagered pangolin and most recently a look at the climate crisis.

How did you first get into filmmaking?

I’ve been producing commercial photography and short films since I first moved to London, 19 years ago. Then I realised my production skillset could be used to help bring awareness to issues close to my heart, so in 2013 I went on my first volunteering project to India to participate in tiger conservation. At the time I was more comfortable shooting stills photography, but started to dabble in filming on a DSLR and loved it. I returned to India in 2014 and again in 2015 to shoot my first documentary on tigers – it wasn’t the best film making but the story was good! Since then I’ve learnt to have a professional camera operator with me to get the best shots, while I support on B-cam and do what I do best – producing, writing, interviewing and directing. My filming skills are coming along slowly though.

Conservation, illegal wildlife trade and environmental issues are threads that run through your work – what draws you to these subjects?

I’m drawn to these subjects to tell the stories that need to be told on behalf of the voices that need to be heard – those of animals who can not speak for themselves. I’ve always loved all animals, and wanted to do something with my skillset of being a producer to help raise awareness of what is really going on in the world when it comes to wildlife and the illegal trade in live animals as pets. I started getting in touch with and following the work of NGOs and agencies such as EIA (Environmental Investigation Agency), Tiger Watch, Panthera, CCF (Cheetah Conservation Fund), REST (Rare Endangered Species Trust), and HESC (Hoedspruit Endangered Species Trust). I would then attend conferences like the Illegal Wildlife Trade conference in London last year.  The work that these organisations all do is incredible, often dangerous, and truly makes a difference.

What role can film play in conservation efforts and in inspiring activism?

Film is such a strong medium for sparking conversations, relaying facts and bringing awareness to issues people may not otherwise hear about. In my films I put a call to action at the end so that they are both informative and also gives the viewer a way to do something tangible themselves.

For my film ‘Not A Pet‘, I look at the role that social media plays in parading and trading exotic live animals for the illegal pet trade. It calls attention to ask people to stop pressing “like” on social media such as Instagram posts when they see a photo of someone with a pet tiger or cheetah or an ape, and instead stand up and comment: ‘This animal is not a pet’. This makes it socially unacceptable rather than liking these posts.

My most recent film “Nature Now” was produced this summer with director Tom Mustill and features Greta Thunberg and George Monbiot talking about Natural Climate Solutions (NCS). Science is showing that NCS can help prevent up to a third of climate breakdown. Again, we have various calls to action at the end of the film about what each and every one of us can do to help our climate from breaking down further. These are accessible and tangible ways to get involved and help nature heal the damage we’re causing to our planet. 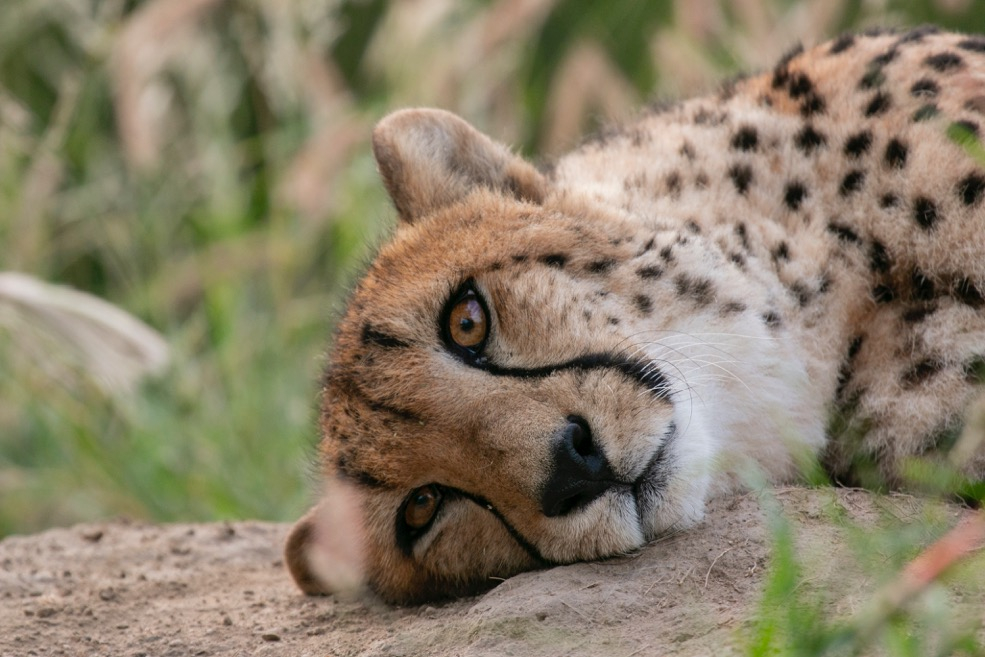 What films or documentaries have you seen that have inspired your work?

Racing Extinction, An Apology To Elephants, Black Fish, and some of the short films the team at Blackbean Productions have made, have all inspired me to just get out there and make my own films too.

How have your experiences in making your documentary films impacted you personally as an activist?

Making my documentary films has personally impacted me to give up eating and buying animal products, and finding plastic-free alternatives, including my trusty shampoo bar. In London I have always walked and taken public transport everywhere, and when I have to travel to Europe I take the train now instead of flying. I am not afraid to speak up and use my voice for all creatures, people, and movements I believe in, so if there is a rally or movement happening I’ll try to get to it and support in person when I can. 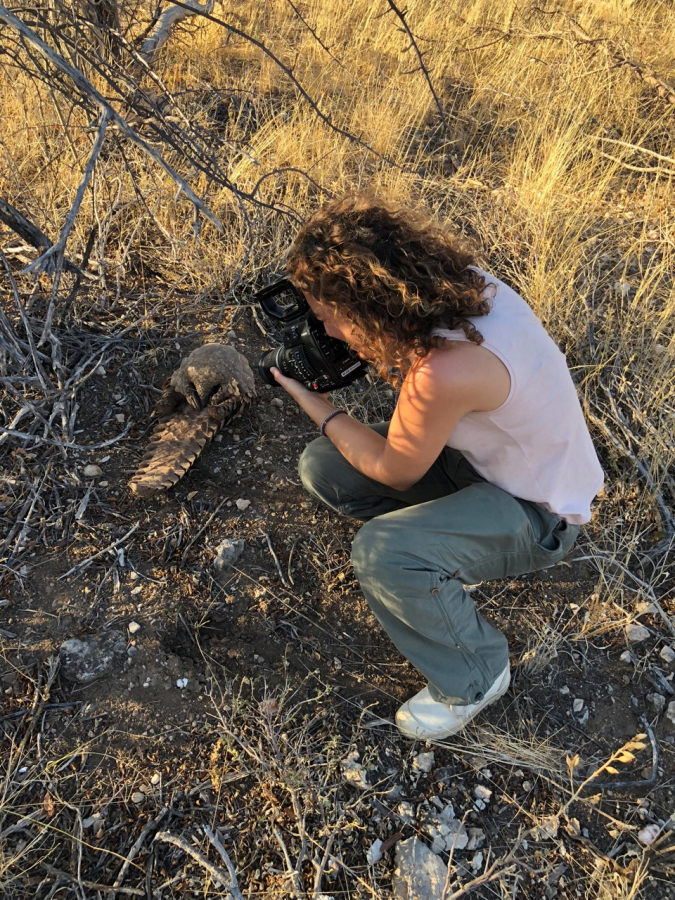 What have been your most memorable experiences to date?

Every time I am out in nature with a camera in my hand I’m at my happiest. If I had to narrow it down I’d have to say when I was filming a young male tiger in Kanha National Park in Madhya Pradesh. We’d driven down a track in the middle of the jungle and as we came around a bend there he was, just sleeping under a tree, spread width ways across the path. We turned off the Jeeps’ engine and started filming. He then yawned, rolled over, got up and started walking towards us. The driver started up the jeep again and we slowly reversed back down the track to give the tiger room to roam. He just kept coming towards us down the dirt path. It was so exciting that I couldn’t stop giggling with euphoria to myself! A lot of the time you just catch the back end of a tiger disappearing into the grass, but to have one walk towards you and get a full frontal shot was so lucky.

Another memorable experience was spending hours at a flood-lit waterhole at night in Etosha National Park, where we just sat and watched as every animal you could imagine turned up to drink. In one sitting I saw seven rhinos with a calf, fourteen giraffe, six jackals, a herd of elephants, and a pride of lions. I was so tired after a day of filming that I eventually tore myself away from the watering hole to go to bed; the next morning I heard from the park warden that the pride of lionesses I’d seen had made a kill at the water hole, and two adult males came and ate their fill all night – magical.

What is the biggest challenge when it comes to photographing and filming wild animals?

Ha! If there is one challenge when filming wild animals it’s that they never seem to be found when you’re looking for one species in particular, and that they most certainly never appear when you want them to. The other challenge is positioning yourself correctly for framing them beautifully in the shot – sometimes you just have to resist the urge to track them and let them walk out of frame.

How do you approach filmmaking and your shoots in a sustainable way?

For the past few years I have made all of my shoots plastic-free, supplying the crew with reusable water bottles no matter where we are. I try to use local directors or photographers and crew, rather than flying people around for a shoot and recently I’ve started using more archival footage instead of going to film new footage, to reduce the carbon footprint involved in shooting. But when I do have to travel for a production, I try to take the train or use electric cars where possible. There is also the Albert Sustainability tool set up by BAFTA to measure a production’s footprint; we used this for making our Natural Climate Solutions film and offset where needed to make the production a zero carbon shoot.

Read about how David Attenborough’s Netflix series Our Planet highlights the climate crisis.

Read our 12 ways to love our planet and our guide on how to become a climate activist.