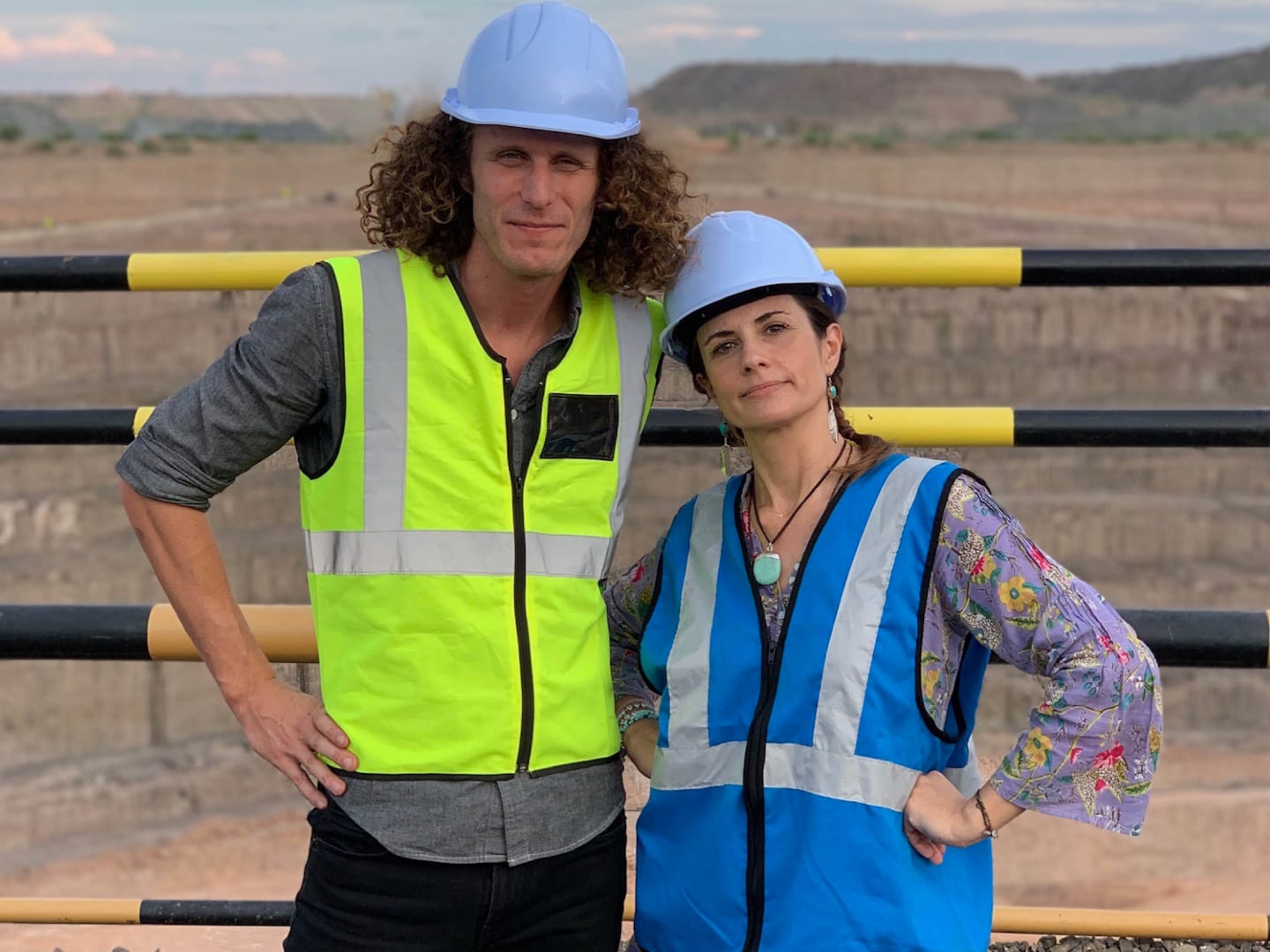 Andrew Morgan: Why The Diamonds of Botswana Is A Story of Hope and Humanity

After working together on The True Cost, Andrew Morgan and Livia Firth are turning their attention to the ways in which business can be done better for people and planet. Beatrice Murray-Nag speaks to the acclaimed director about their new Fashionscapes film, The Diamonds of Botswana, which showcases a fairer future for those on the ground.

An acclaimed exposé on the global fashion supply chain, The True Cost is known for shining a light on the lesser known practices of an outwardly glamourous industry. Having acted as a wake-up call urging both consumers and corporations to take accountability for the social and environmental impact of our wardrobes, the film has since been named by The Hollywood Reported as one of the ten most influential fashion documentaries of the last decade. However, as director Andrew Morgan and Livia Firth reunite for a new episode of the Fashionscapes series, there’s a different, more positive story to be told.

The Diamonds of Botswana sets out to rewrite this narrative, setting a global standard for how supply chains can be managed in a way that positively impacts the people on the ground. The short film documents how the diamond mining industry has helped to develop the local resources, demonstrating what can be done when businesses fully commit to the countries in which they are sourcing and producing. By giving a voice to the very human side of the fashion supply chain, Andrew tells us how he hopes to encourage encourage people to reconnect to the faces behind the items that they purchase, and help them to imagine a better industry moving forward.

What brought you and Livia together for the third episode of the Fashionscapes series?

Curiosity. I’ve been having a long conversation with Livia that really dates back all the way to when I first met her and we were first starting work on The True Cost. The True Cost was a portrait of a massive set of problems from around the world and as helpful as that was at framing a conversation, coming away from that project there was this ongoing interest in me to not just focus on what was wrong with the global supply chain, but also to see a picture of what was possible.

I think a lot of the conversations that I’ve been having with Livia as she put the idea for the Fashionscapes series together was really around looking for areas where things are being done well, and let’s try to take lessons that have been learned in one area and use them for another. It’s really about being practical and pragmatic in terms of moving the needle, and I think part of what that means is not holding out for perfection but looking at what is being done that is working better, and how can we learn from that. To see things being done through partnership with communities and local stakeholders kind of serves as a fresh reminder that we can do business in a way that honours the people involved.

What sparked your interest around Botswana and the diamond industry?

I’ve always been set on this idea that some of the most challenging problems in these global supply chains happen because there is no long-term, contractual commitment from these companies to their suppliers in these countries. It is sort of engineered that way so that there is very little accountability. So for several years, now I’ve been interested in this idea that before we can have any improvement by and large, there has to be a commitment from these companies to say that they’re producing products in any given country and they are committed long term to the wellbeing of these areas and these people. When we started looking at the diamond mining industry, we were looking to find an example of a place where this is being done well. We wanted an example of a place where there is actual long-term commitment being made to these countries. And that’s what led us to Botswana. 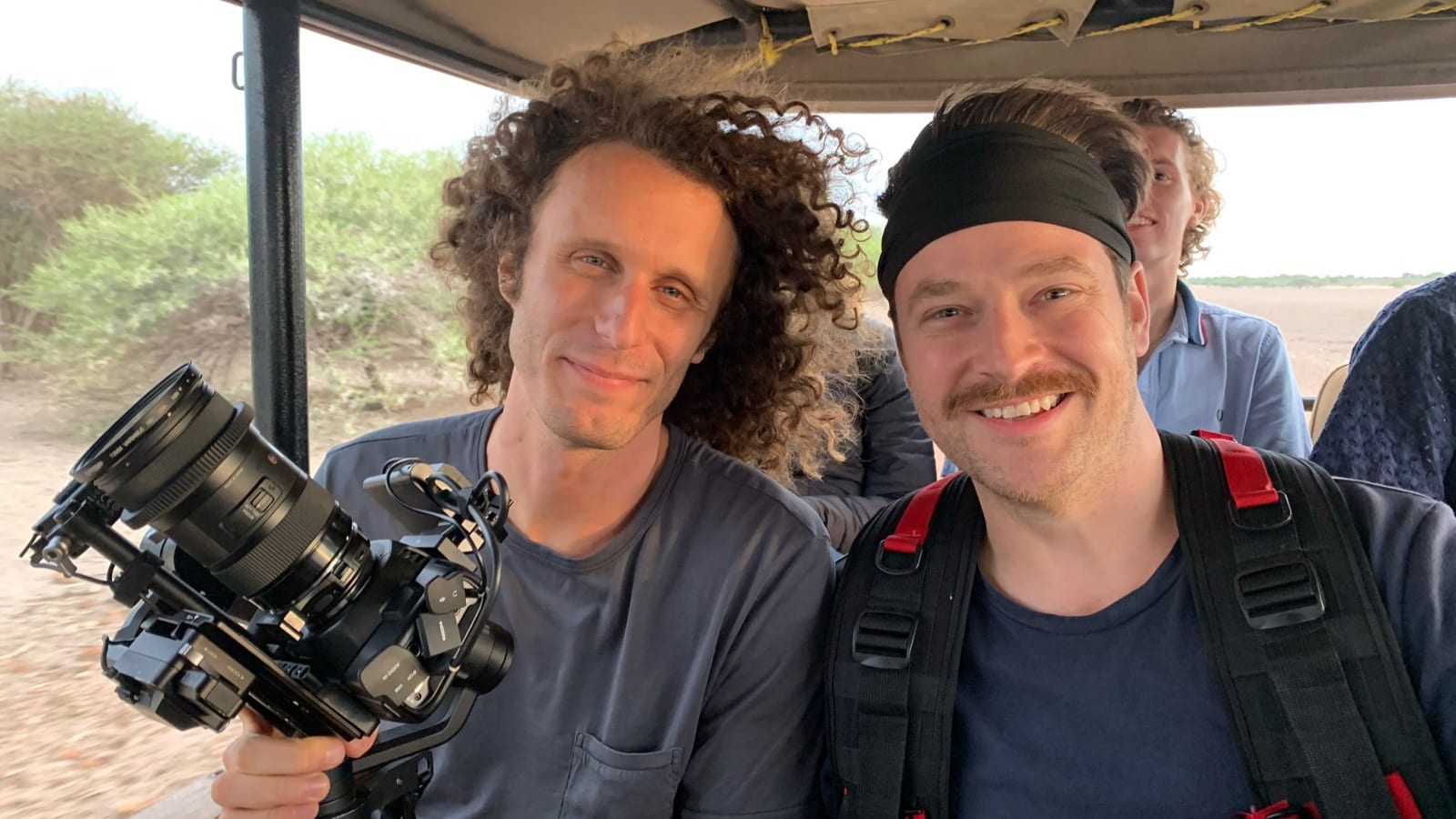 Why is it important to you to give a voice to the people behind this industry?

I always think it’s really fascinating to pass the microphone to the people who we don’t usually hear from. We’re very used to hearing from the politicians and the CEOs of these corporations but very rarely do we get the opportunity to speak to the men and women who make up the heart and soul of these supply chains. I think what you gain when you listen to these men and women is that it reminds you of the very human face at the heart of every industry; and this one is no exception to that.

Was there one particular moment or conversation from your trip that particularly inspired you?

There were several workers that Livia spent time with; one of which was a female truck driver who features in the film, and that was a really special conversation. When I listen to people like that and I listen to their stories, their hopes and dreams for their lives and their children, it is incredibly humanising because it reminds me of some of the things I want out of life too. It sort of cuts across language barriers and sort of social or geographic divide, to remind me that we are all just human beings on this one planet.

There is an extraordinary potential to do work in a way that honours people, giving them a sense of dignity and a fair shot at a reasonable, humane existence. I’ve seen so much of the opposite; people’s lives really lived as less than they are worth. So to be able to spend time with people who are experiencing this work that is enriching their lives reminds me on a basic level that these statistics, generalities, industries and massive supply chains all boil down to human beings. At the end of the day, there is a set of choices where we can design these systems to work for people, or we can design them to make life very difficult. That choice is felt in such sharp relief when you are standing there in person with somebody who has felt the direct impact of it. 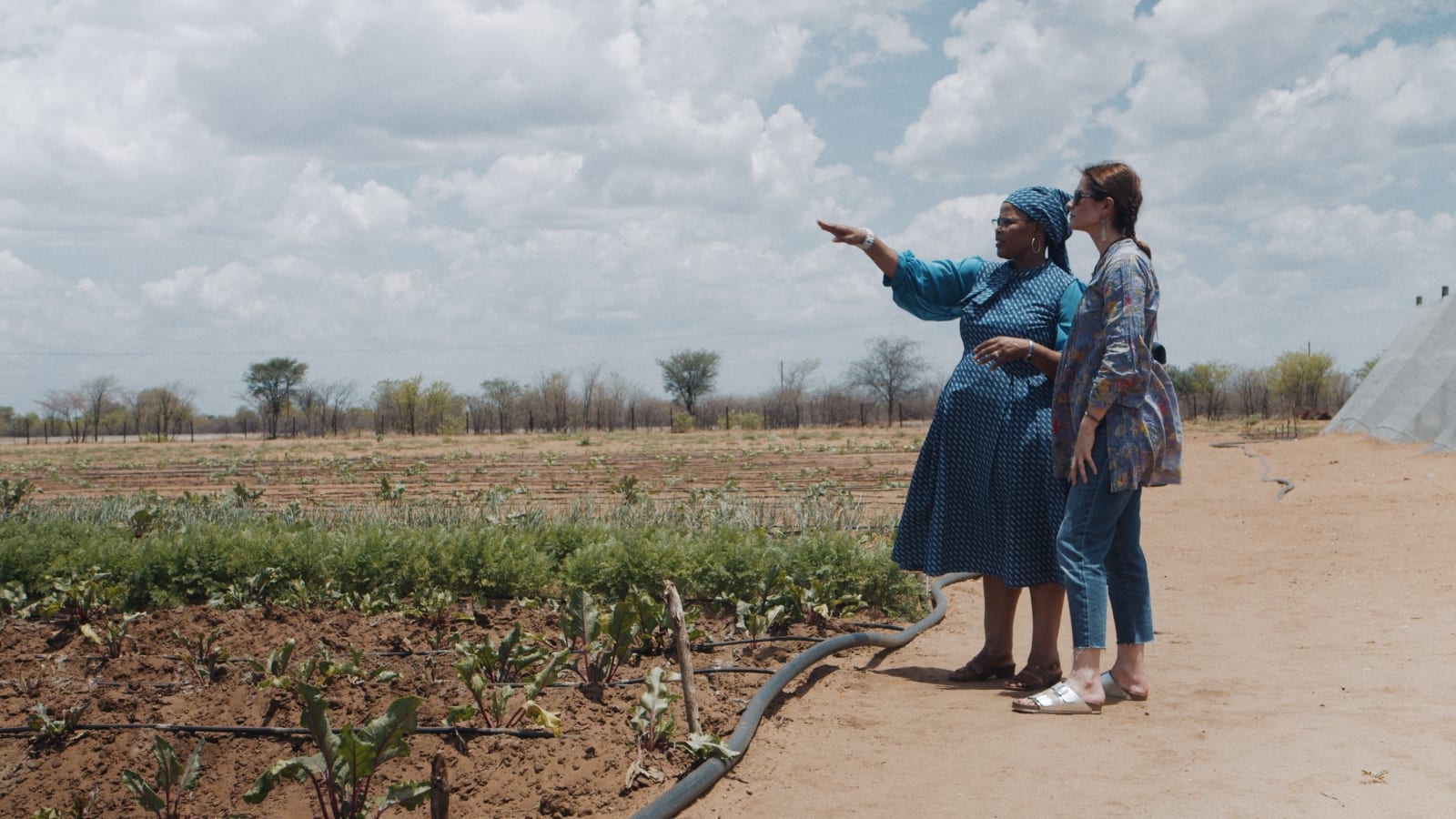 Can you give us an idea of what the process for filming The Diamonds of Botswana was like?

For me, the main purpose is was to go in with as few preconceptions as possible, and to really, honestly listen. There’s really nothing about it that’s very produced or staged. We spend a great deal of time in conversation with these people and when we come away from this process, we sit down and try to carve out as honest a representation of our experience there on the ground. Somebody once said that documentary storytelling is like speaking with a thousand voices; it’s really fun to be able to genuinely listen to people and then come back and find a way to synthesise their voices into something that is understandable to someone else.

Do you think it’s the responsibility of the creative industries to shine a light on these kinds of stories?

I certainly feel a sense of responsibility now more than ever before. And that’s not a feeling of guilt or obligation but a sense of acknowledging that I have this incredible privilege where I get to travel for my work and spend time listening to people. I feel entrusted with people’s stories because I actually feel an exchange happen when someone chooses to trust me and speak honestly and to share a part of their perspective as a human. To get to carry that home and shape that and then take that out to the world gives me a deep joy and also a profound sense of responsibility that I feel every day. 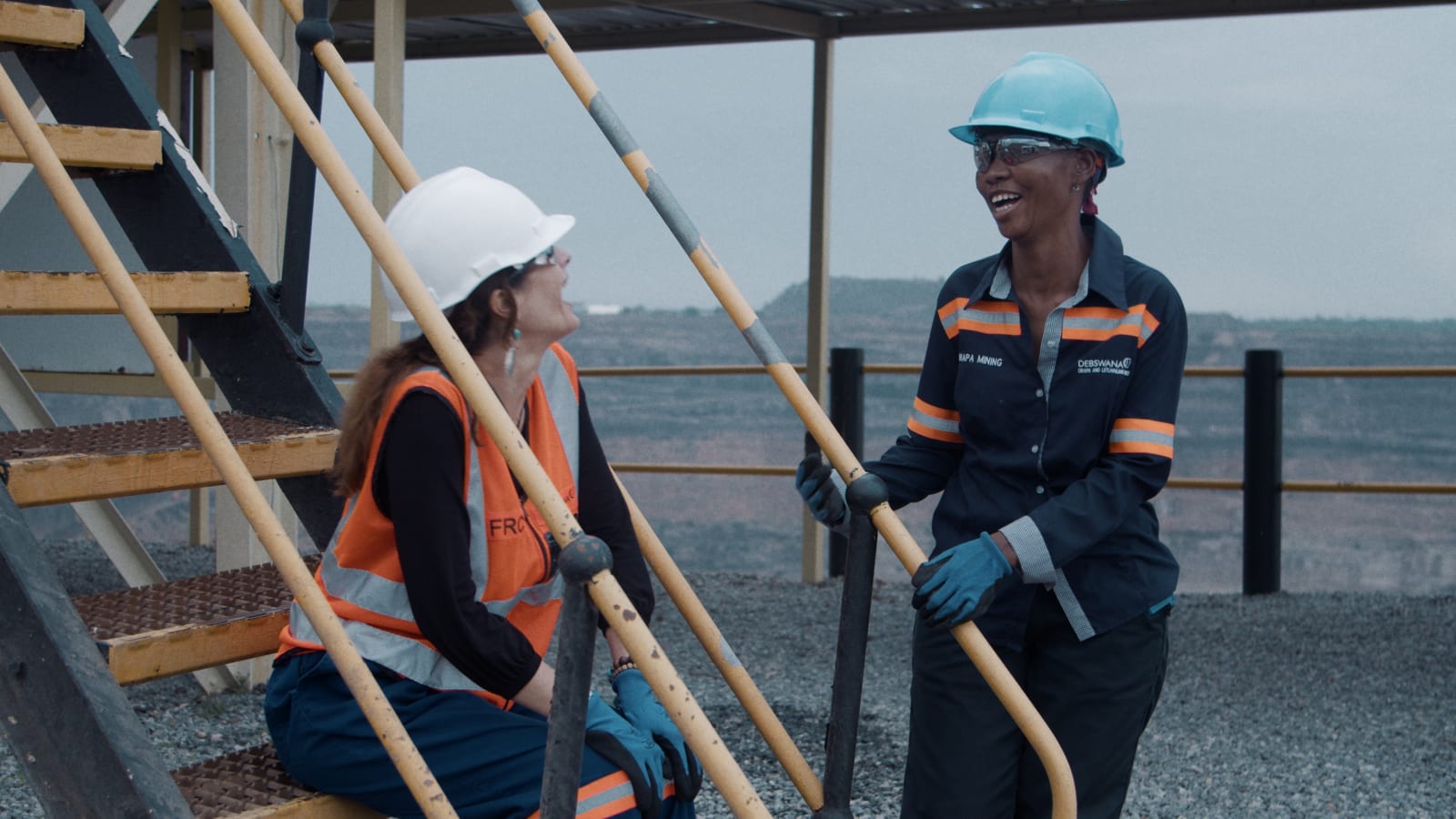 What impact do you think films like the Fashionscapes documentaries can have on the world?

We are the first generation in history that can see and measure the impact that our actions are having on the world in real time. I think the ability to access information has left us in some ways overwhelmed, but at the same time we are living through a profound moment of global inaction on some of the issues that matter most. Much of the role that this work can play is really a profound reimagining of the world that we live in and the future that we are going to create moving forward. I think at the heart of all change and progress, at any moment in history, is having a wider imagination of what is possible. When it comes to this film and this series, we’re just trying to chip away at that; we’re trying to chip away at this idea that we have to do business in a way that exploits people, and we have to make profit by destroying and our ecosystems and this planet that we depend on.

There is a path that begins to transform the way we do work and business in this world that treats human beings like human beings, and that treats scares resources like scarce resources like scarce resources and that treats this fragile, beautiful, wonderful world we find ourselves living in as a home and not just as an endlessly depletable resource that we can continue to drain. For me, all the work is about saying “let’s dream a little bigger.” Let’s take off the preconceptions we’ve been given and let’s start to imagine something more beautiful moving forward.

Discover the full Fashionscapes: The Diamonds of Botswana documentary film.

Watch the the Fashionscapes Guatemaya and Tasmania editions.

Earth Logic: A Fashion Action Research Plan Putting the Planet First
Life As I Know It: Wilson Oryema
Wardrobe Crisis Podcast: How to Change the World with Compassion
Beyond ‘Take, Make, Use, Dispose’: How to Design for the Circular Fashion Economy