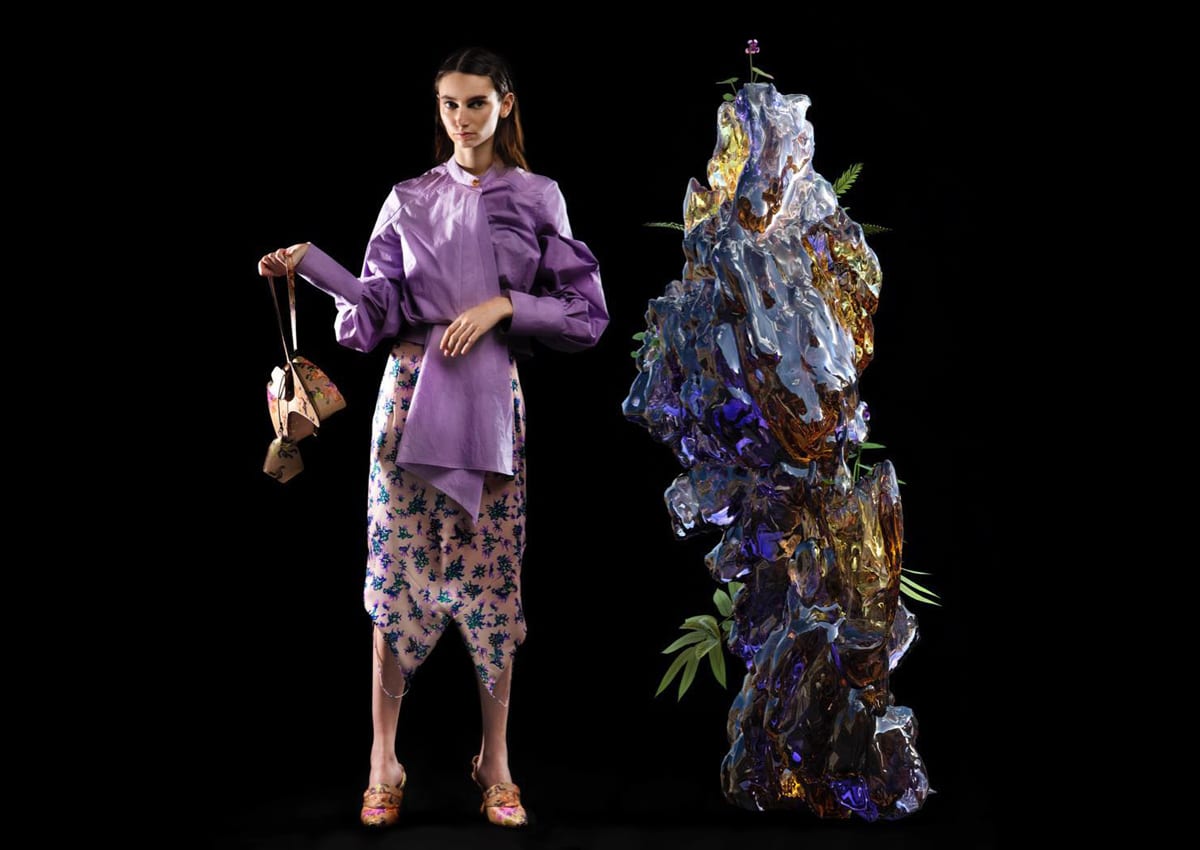 Three Designers On How Digital Shows Are Democratising Fashion Month

While 2019 saw calls to cancel fashion month altogether, 2020 has seen the seasonal schedule evolve into a gender neutral, past digital-part physical affair. Megan Doyle speaks to three emerging designers about how the shift online is democratising fashion, promoting inclusivity in an infamously exclusive space.

September marks the start of fashion month, and this year it follows a long period of uncertainty and introspection for brands across the industry. Emerging designers are among the most vulnerable, operating in survival mode to keep their fledgling businesses afloat. This season, many have felt a sense of duty to participate in fashion week, both in solidarity with the industry and to show they’re still alive and kicking, preparing pared back collections that they hope will catch the attention of the industry who may or may not show up.

The end of the fashion calendar as we know it has been discussed at length long before COVID hit. Do we need so many seasons? Do department stores, with their exorbitant commissions, exclusivity contracts and precarious finances, really serve brands? Is there no better way for press and buyers to see collections than flying around the world several times per year, a tradition that the Carbon Trust found generates 241,000 tonnes of CO2 emissions a year? It’s unanimously agreed that things need to change.

Considering the cost involved, it’s worth questioning whether fashion week has ever really worked for emerging brands. “I’ve always been an advocate to avoid fashion week because we hardly ever saw any benefit for designers,” says Stefan Siegel, founder of emerging designer platform Not Just a Label, which has over 40,000 brands from around the world on its books and has just launched its own e-commerce business. “It was a necessary evil for designers to show their presence [at fashion week and showrooms], but they were always put into quite dire financial situations right afterwards and they hardly ever got the orders they were expecting.”

In New York, a slimmed-down schedule of mostly digital activations, live-streamed shows and fashion films has begun, followed by a similar set up in London next week. Emerging brands have spent recent months scrambling to pull together collections with fewer resources — time, money, staff and even raw materials — than ever before, only to face another challenge: sharing their work with the world in the largely uncharted digital territory.

While Siegle is sceptical of the capacity for digital to replace physical, he’s keen to see brands embrace the change. “I hope we come up with something which is more innovative; going back to normal would be a disaster,” he says. “What I would love to see is a way to give designers the tools to showcase their creativity and open up their markets, making it less arbitrary than just the editors and buyers deciding who makes it.”

Over 10 years ago, the arrival of bloggers and then social media democratised the fashion world by opening it up to consumers, who for decades had been locked out of a universe that is ultimately there to serve them. A few years later, it became the norm for established luxury brands to live-stream their shows, but it’s taken until now for emerging brands to really embrace the digital format and the possibilities it brings. The expectations for brands to conform to a model that has so many barriers between them and their customer — exclusionary fashion shows, department stores, magazines, fashion funds that favour the few — are being reimagined as a matter of necessity. “I’m excited about it because I’ve seen how much of a burden it’s been for designers to create four to eight collections a year for no other reason than satisfying the fashion system,” says Siegel.

“From a business perspective, I think it’s genius,” says Kevin Germanier, a Swiss-born designer who has been on schedule in Paris for six seasons after launching his brand, Germanier, in 2018. “I like that it’s more inclusive — if you’re not a buyer you can still see the show — and we can reach a much wider range of customers,” he says. Germanier’s next collection will be a digital presentation, despite Paris Fashion Week going ahead with physical shows as usual. “Look at all the benefits of making a video — it costs less, there are no props and crazy set designs going to waste. You can do a beautiful video on a white background.”

Like many designers of this generation, their environmental impact is a key consideration in any business decision they make, including how they participate in fashion week. “For shows, you have to think about who is making and delivering everything from the set to the food — you have food for the models, designers, dressers —  there is so much waste,” says Germanier.

Spanish designer Sonia Carrasco, whose self-titled brand is also showing a fashion film during LFW, feels a sense of responsibility to build her business as ethically as possible. “Many of us have been born with a real commitment to the planet,” says Carrasco. “In everything we do, we have the planet in mind, so we’re always looking at what alternatives there are in the industry.”

Young brands are reclaiming creative control with digital presentations, with free reign to produce whatever they think communicates their message best. It’s Carrasco’s first season on schedule, and she is keen to make it a memorable debut. “This is the time to present ourselves to the world, and with a video, there are a lot of ways to show your identity. We’re free to do whatever we want.” At Copenhagen Fashion Week in August, emerging Danish designer Nynne Kunde was on schedule for the first time under her brand NYNNE, where she presented a short fashion film that was somewhere between a catwalk show and piece of installation art. “I liked the format because I could control the narrative and because it’s pre-taped. If there was something I didn’t like, we could fix it,” says Kunde. “The product coming out is 100 percent me, and as a small brand investing in that experience, the digital format really worked.”

For both Carrasco and Kunde, the closure of their studios for several crucial months forced them to rethink the size of their collections, given the limitations of time and the hard deadline of fashion week looming. “In each collection, we’re getting more responsible,” says Carrasco. “We were delayed because we couldn’t work for two and a half months, so we decided to reduce the quantity, but there’s more quality and creativity and experimentation.” Meanwhile, Kunde’s SS21 collection was created in six weeks. “The last collection we did was way too big for my liking, so I already knew going into it, and reflecting on what is happening in the world, that I wanted to make less clothing. I don’t want to overproduce,” she says.

For all the designers interviewed in this piece, the shift to digital has been largely positive, but the allure of a physical fashion week is undeniable — for many, it’s a dream to experience the adrenaline rush of a live show. Of course, there are benefits to having the industry in one place — the sense of community and opportunity for feedback is invaluable to emerging designers as they build relationships with stockists and press. “I want you to give me your opinion, your comments, what did you like this season?” says Germanier. “It’s extremely important to engage with people, that’s the point of fashion week for me. It’s not the fashion, it’s about the human connection.”

Regardless of whether the future of fashion week is digital, physical, or somewhere in between, they agree there’s no going back to the way things were. “The mood has changed, there’s a new energy for sure,” says Germanier. While these young designers are leading the way, they recognise the need for a top-down overhaul. “We can’t change the system, even if we want to, we need the big brands to be at the forefront of that change,” says Nynne. “It’s going to be interesting to see if that change will actually happen, let’s see how many brands will make the change rather than just talking about it.” For their part, these emerging brands are committed to a fashion week that slower, kinder to the planet and align with their values. “If we’re honest and patient, sooner or later, things will change,” says Carrasco. “I want to call this season A New Beginning.”

Digitalisation will be essential in getting sustainable supply chains back on track after COVID-19. SupplyCompass tells us why.

Decolonising Fashion: How An Influx Of ‘Dead White Man’s Clothes' Is Affecting Ghana
Wildfires in the Amazon: Causes, Consequences and How You Can Help
Clare Press' Letter From Lockdown: "I Like the World with Less Pollution"
Why We Need to Talk About Period Poverty