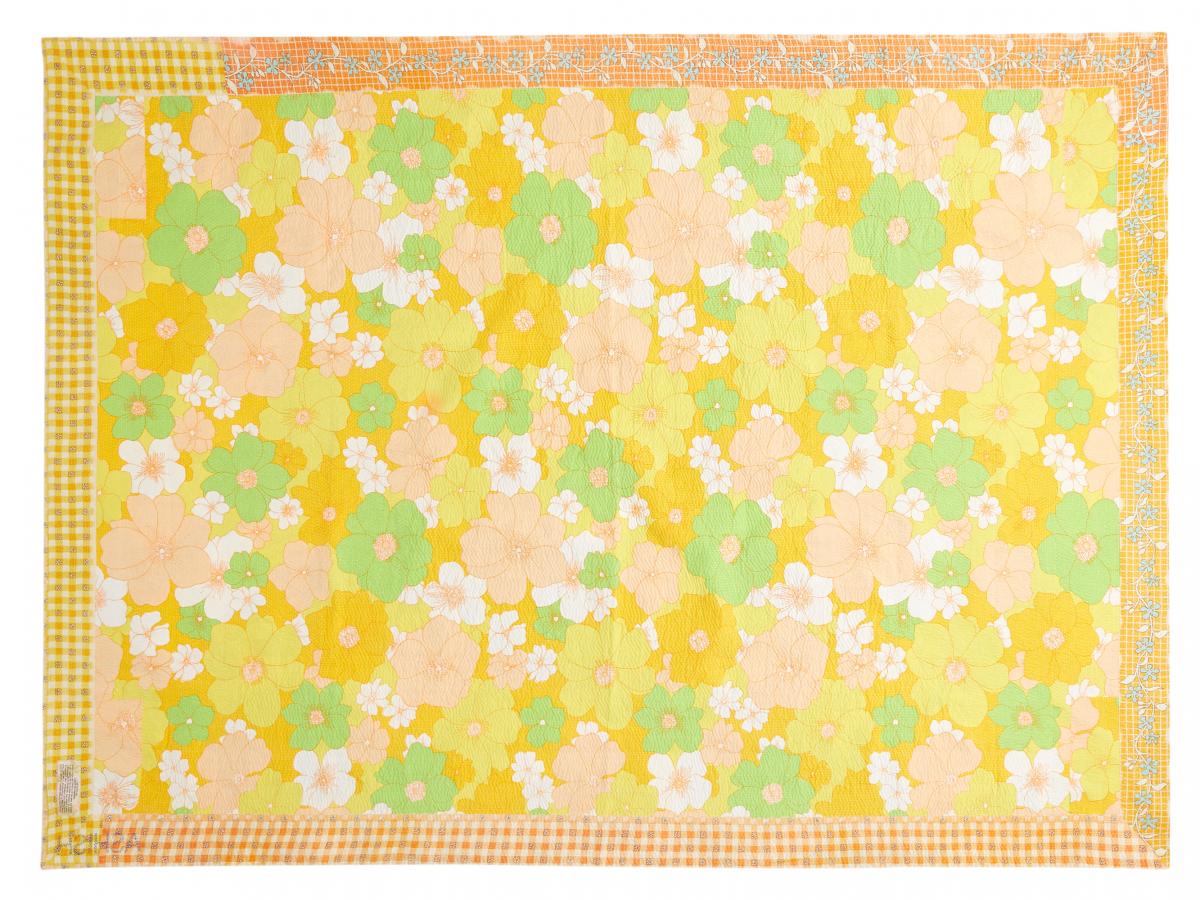 Born in Delhi, Ashish made a splash on the UK fashion scene with his first show in London Fashion Week back in 2004. Since then, his glitzy, unique designs, which blend sportswear with high-octane glamour, have won him an impressive list of celebrity clients, including the likes of Madonna, Rihanna, MIA, Victoria Beckham, Beyoncé, Miley Cyrus, Kelly Osborne and Lily Allen. He was even behind the famous outfit worn by Taylor Swift to the MTV Video Music Awards back in 2015.

Turning his eye to homeware this time, throughout his rich collection of kantha blankets Ashish tells a story which celebrates sexuality and diversity, as well as the rich cultural heritage of South Asia. Originating in Bangladesh and eastern parts of India, kantha blankets are made using layers of old saris and scraps of fabric and feature very simple and straight stitches. Initially they were just produced by those living in the poorest areas, as a means to repurpose old, discarded material, however, over time more and more elaborate kanthas began to appear, transforming the simple blanket into a subtle means of expression. 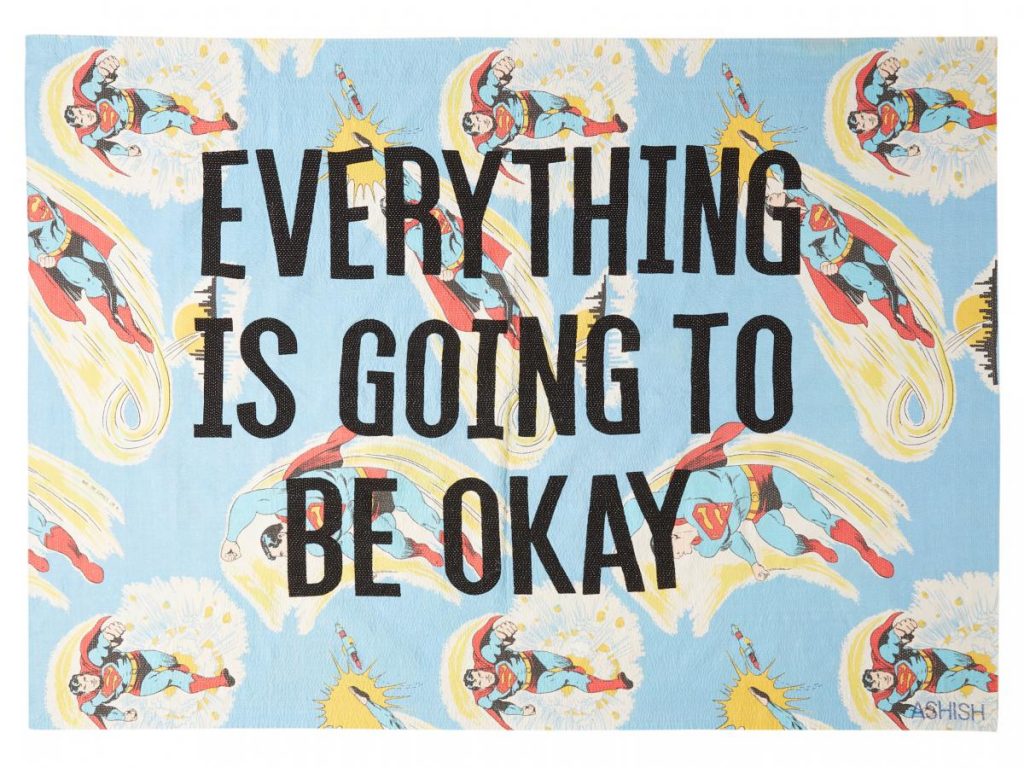 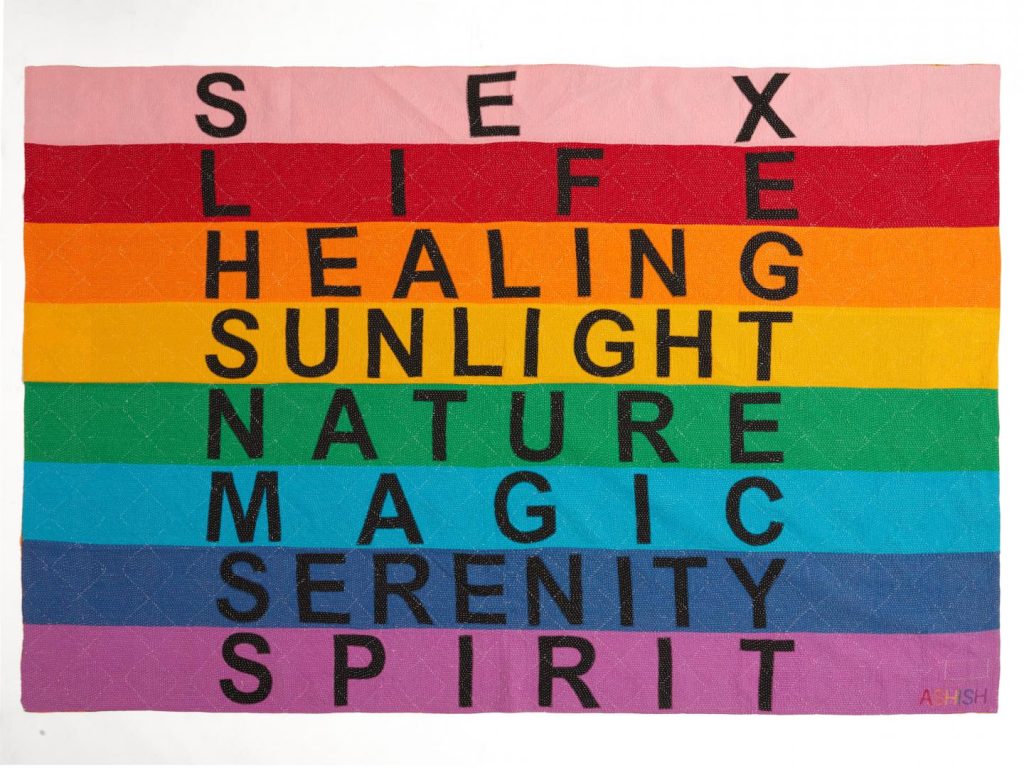 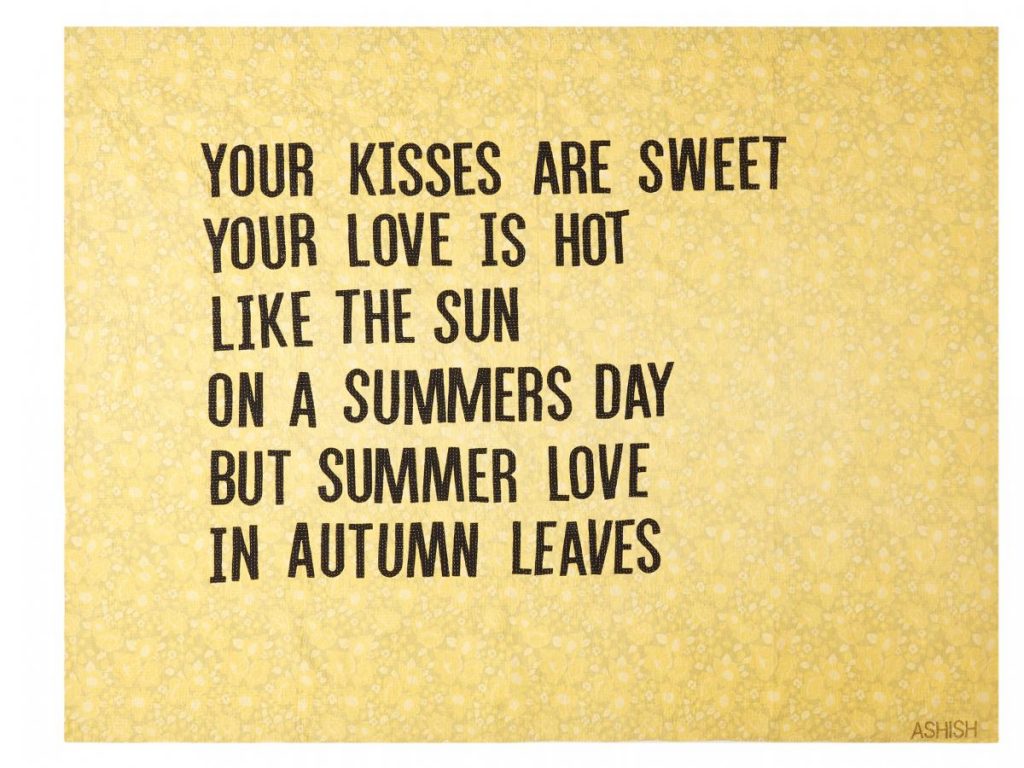 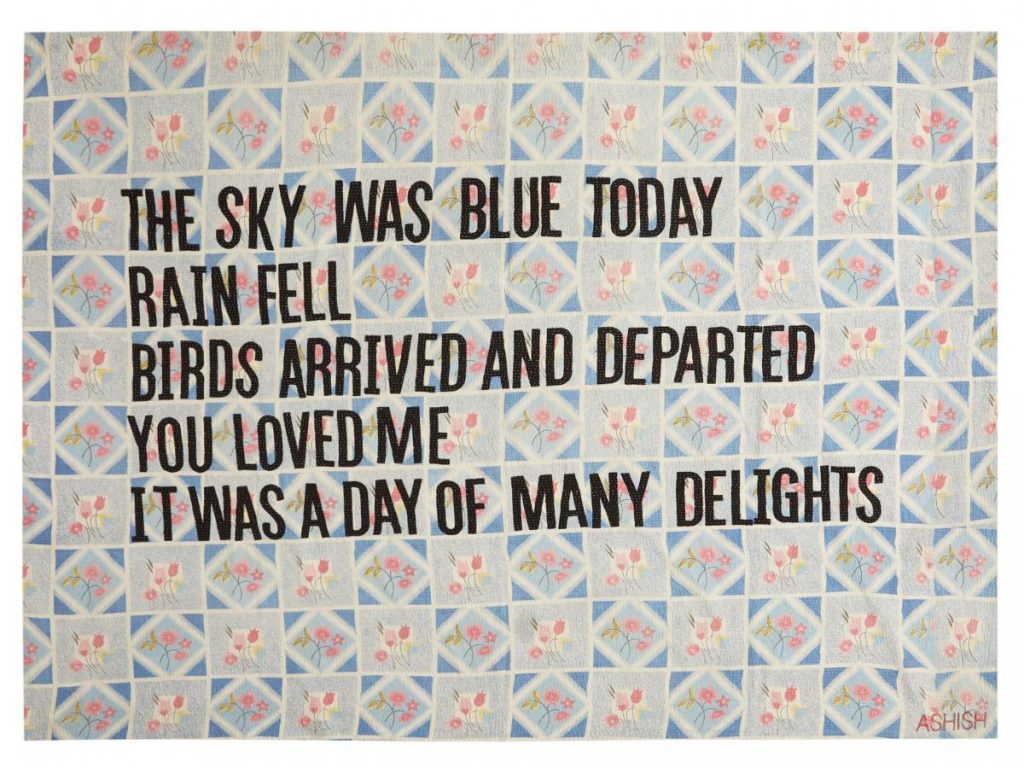 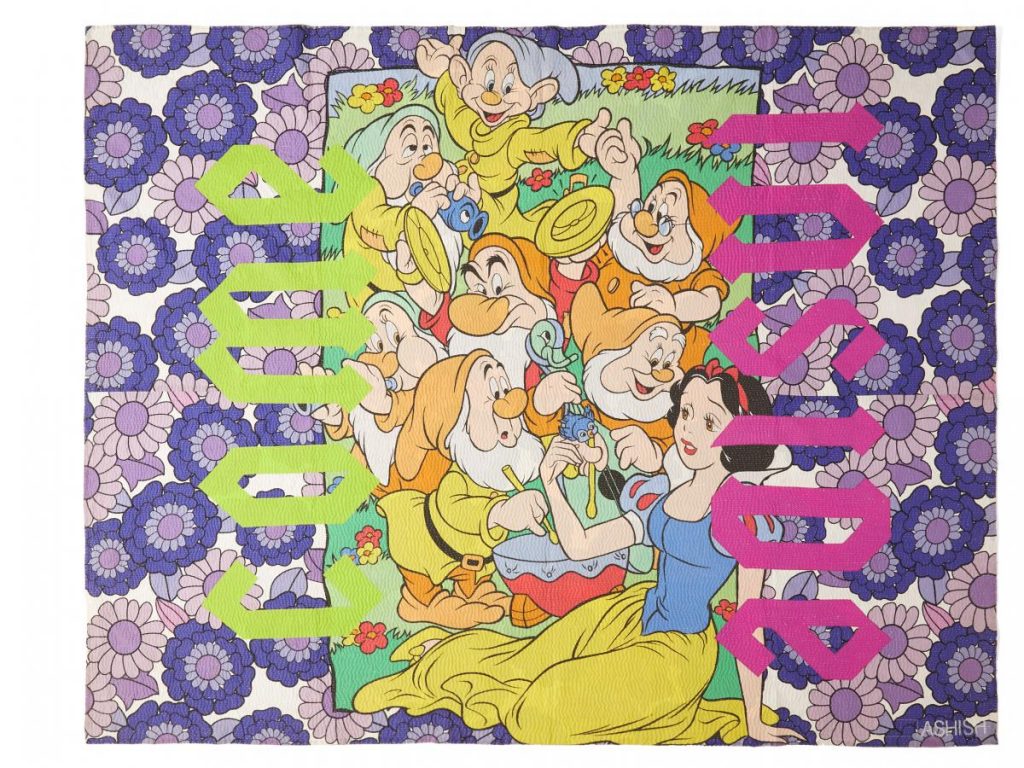 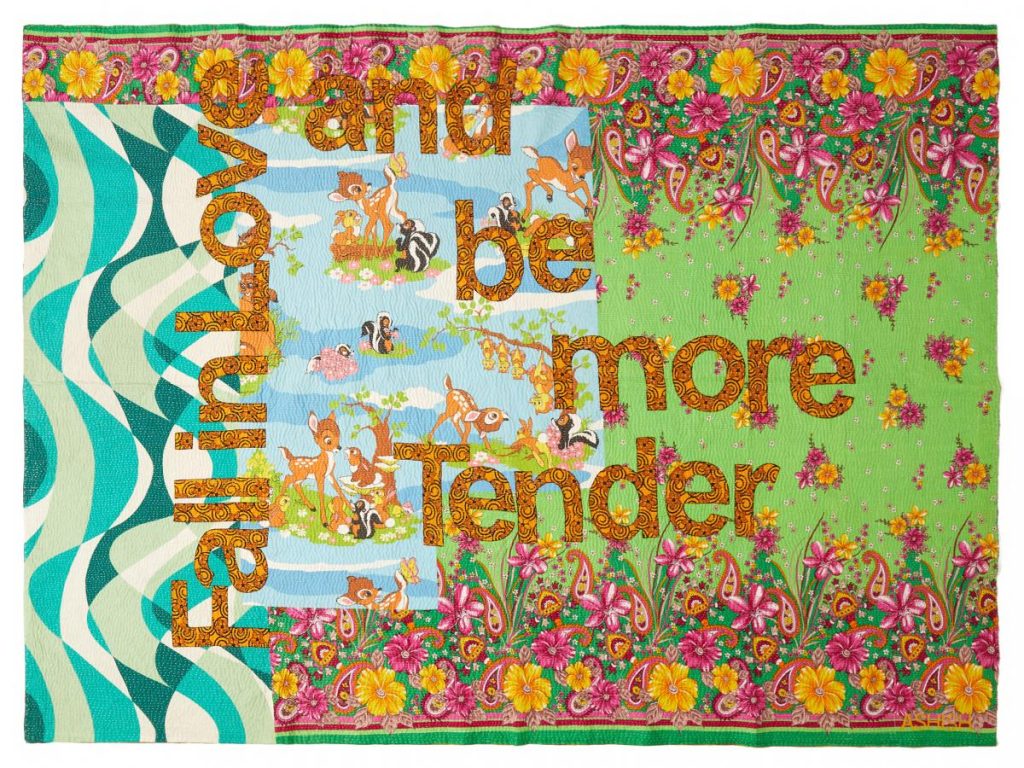 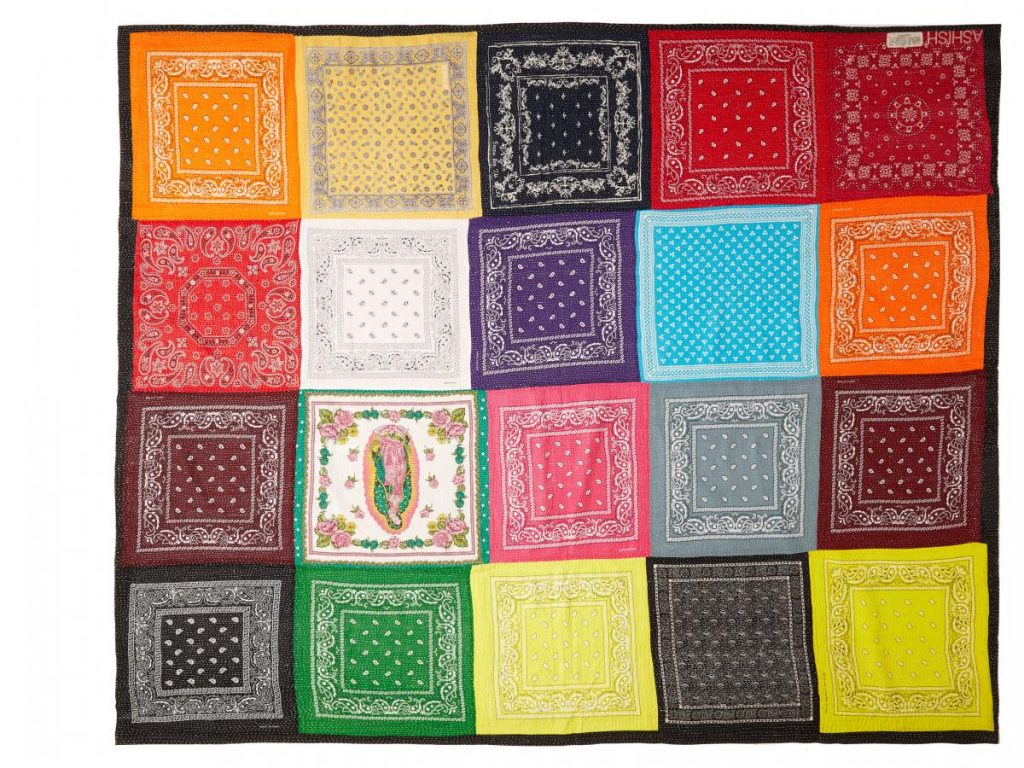 The majority of kantha blankets were produced by illiterate women who were able to stitch their own stories into the quilts, as well as their own name and the name of the person for whom the kantha was intended. Kanthas can take years to produce and some of them were passed down the generations – being worked on by grandmother, mother and daughter alike. The blankets represent the women’s quiet determination to leave a mark upon the world, to document themselves and their lives in whatever way they could.

True to the roots of kanthas, each piece in Ashish’s collection has been hand-produced in India, by female artisan communities, using the traditional Kantha stitch technique. The quilts are made up of a range of materials: vintage fabrics gathered from secondhand markets, cut offs, deadstock, and pieces from the reject fabric markets in Delhi.

Each double-sided blanket boasts its own completely unique design, with one side paying homage to sexuality and diversity, and they will be displayed at 5 Carlos Place in the lead up to Pride: a vibrant and meaningful celebration of love and individuality from a fantastic designer.

Browse the full collection on MATCHESFASHION.com.

Read more about how MATCHESFASHION.COM is transforming wellness in the workplace with Matches Mob.

Want to know what’s on? Check out our Sustainability Events Calendar.