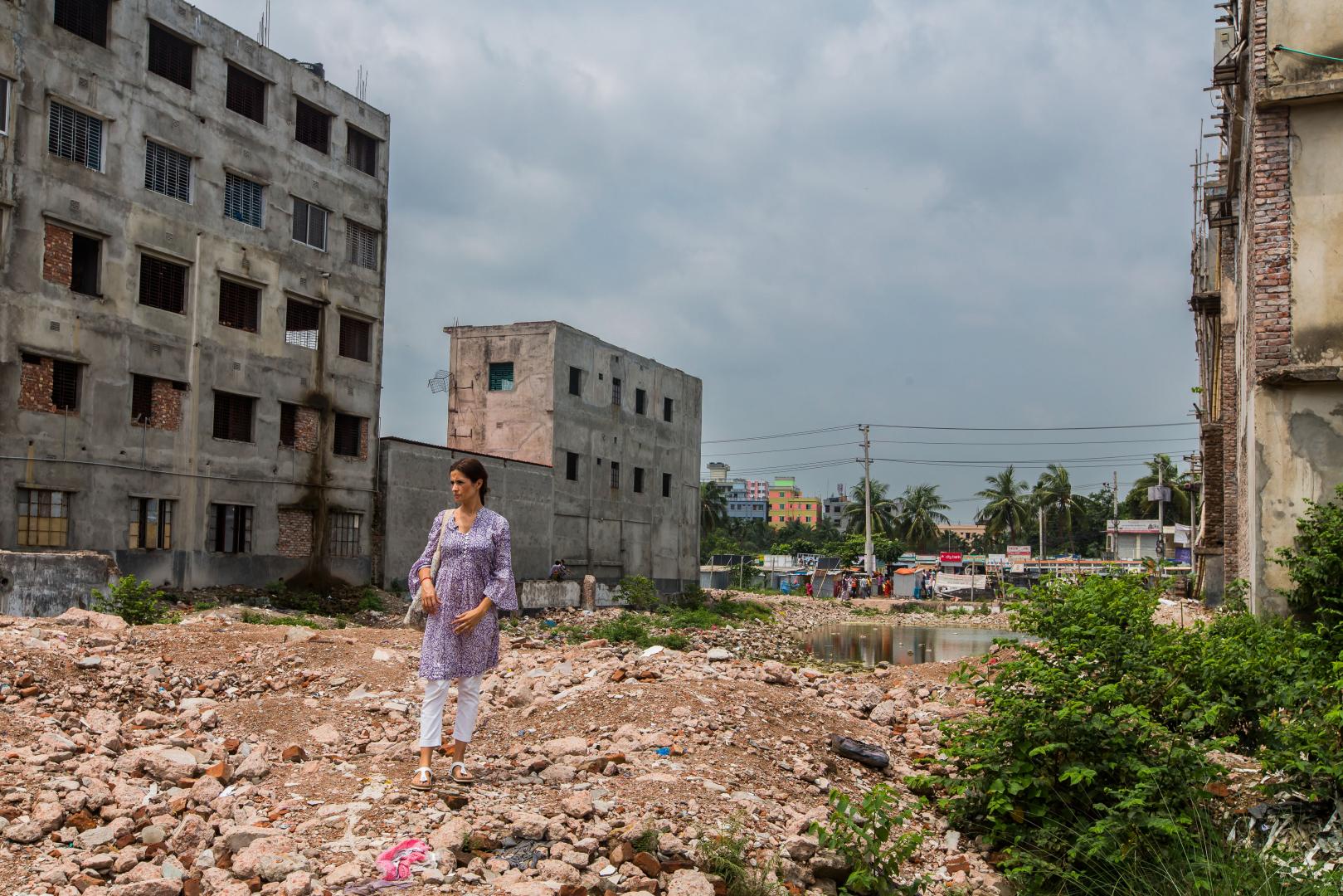 The Bangladesh Accord, established after Rana Plaza factory collapse, might be forced to close Dhaka office.

International textile industry safety inspectors are to be evicted from Bangladesh in a setback that will limit the ability to inspect thousands of factories supplying clothes for fast fashion brands across Europe.

The Accord on Fire and Building Safety in Bangladesh was signed on May 15th 2013, just a few weeks after the devastating collapse of the Rana Plaza garment factory in Dhaka, which killed more than 1,100 men, women and children and left at least 800 children orphaned in the world’s deadliest manufacturing accident.

In the aftermath of the disaster, news stories revealed the horrifying reality inside garment factories like Rana Plaza, telling of poorly built and unsafe buildings, mistreatment of workers, and shockingly low pay.

(MORE: Read Livia’s first-hand account of her visit to Bangladesh.)

The Accord – a five year independent, legally binding agreement between global brands, retailers and trade unions designed to build a safe Bangladeshi garment industry – was due to expire in May of this year, but was extended until 2021. However, the Bangladesh high court ruled that the Accord must cease operations by 30th November 2018, imposing a restraining order and forcing inspectors out of the country.  While the agreement between unions and brands would remain in effect, without a local office the Accord’s ability to monitor and verify progress inside factories would be severely impacted,  threatening workers’ safety and the progress made over the past five years. The Accord challenged this decision, and a hearing to determine the future of the Accord has since been postponed four times. The next hearing will be on the 21st January 2019.

In Bangladesh, workers receive a minimum wage that is only 9% of a living wage.  The Circle, which is working on ensuring that women in the ready-made garment industry earn a living wage, said in a statement it is ‘disheartened to read that the Bangladesh Government now wish to shut down the Accord and instead use their own regulatory body, the Remediation Co-ordination Cell which is still in its infancy in terms of development.’

“We must not allow any step back in the pushing forward to ensure the protection of workers fundamental human rights,” said Sioned Jones, Executive Director of The Circle. “Whilst there is still so much to be done to ensure all work in a safe manner and earn a living wage we were beginning to see progress in Bangladesh in terms of safety.  The work of the Accord and their transparent and professional approach to improving working conditions on many factories in Bangladesh must be continued for the foreseeable future.”

Jessica Simor QC, member of The Circle and the lead author of its report ‘A Living Wage is a Fundamental Right’, added: “The human rights of the millions of women working in the Ready-Made Garment Industry must be protected. Working in safe and legal conditions are imperative to this and continuing the work of the independent Accord alongside factory owners and governments is essential.”

UPDATE (18.12.2018): “Supreme Court hearing adjourned until 21 January 2019. Accord continues to operate in Bangladesh until such time,” tweets Bangladesh Accord.

Read more on theguardian.com and cleanclothes.org