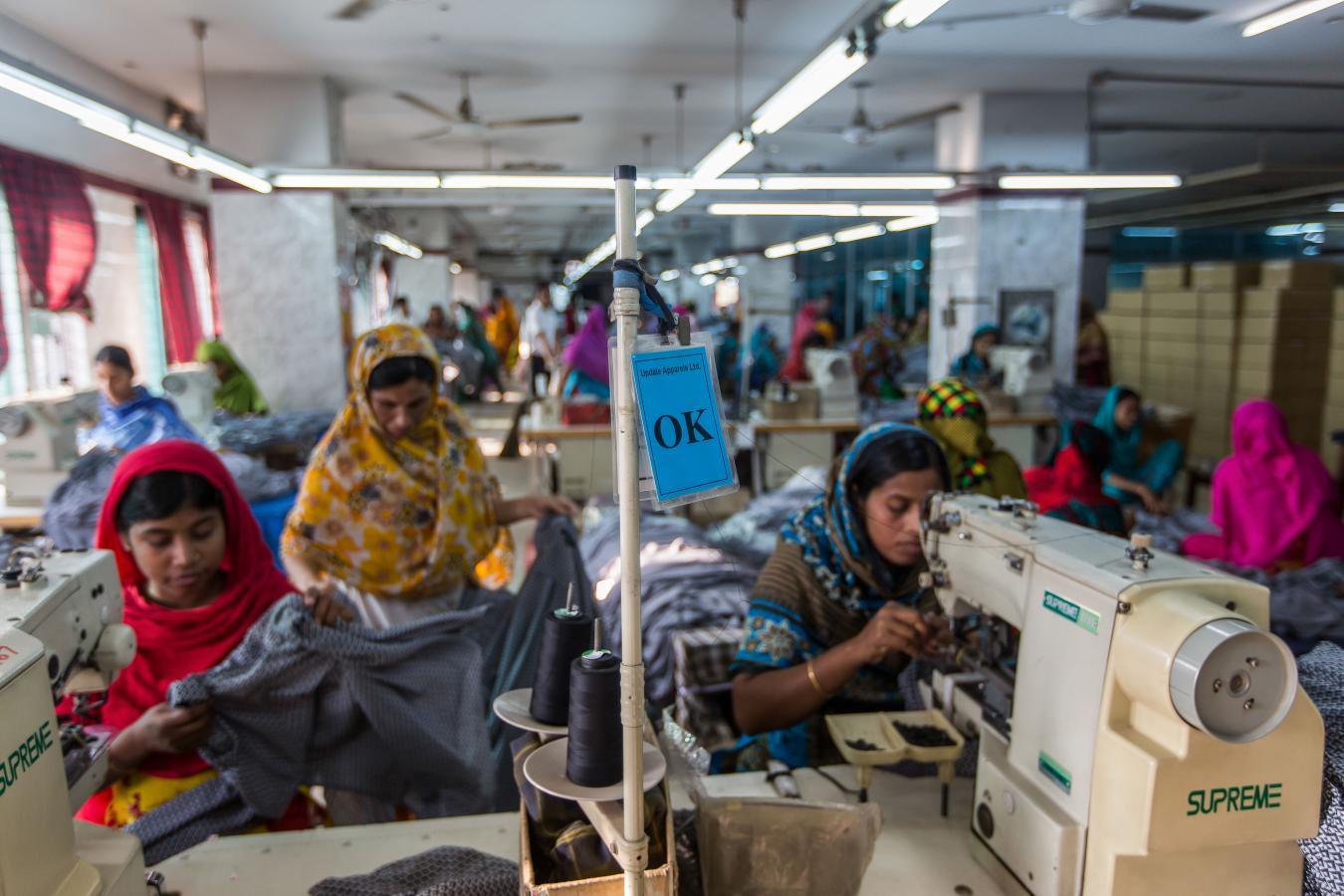 One person has died and dozens of factories have been closed as garment workers strike in Bangladesh over fair wages.

Garment workers in Bangladesh are now in the second week of strikes over low pay, with thousands of workers downing tools and walking out of clothing factories in protest. The strikes come after weeks of confusion and delays over the closure of the Bangladesh Accord Dhaka office, the international safety inspectors established after the Rana Plaza collapse in 2013.

Last week, one worker was killed in clashes with police, as rubber bullets and tear gas were fired at the crowd of protesting workers.

Clothing sales to global retailers abroad, including many high street fashion brands, make up approximately 80% of Bangladesh’ export earnings, with Bangladesh’s 4,500 textile and clothing factories shipping more than $30billion worth of apparel last year.   Despite this, the estimated 4 million garment workers in Bangladesh are some of the lowest paid workers in the world – receiving a minimum wage that is only 9% of a living wage.  In September, the Bangladesh government announced that the minimum wage would increase for the first time since 2013, rising by up to 51% to 8,000 taka ($95) per month from January 2019. Unions say this rise isn’t enough and will only benefit some workers.

Read Livia’s first-hand account of her visit to Bangladesh and the latest updates about the Bangladesh Accord.