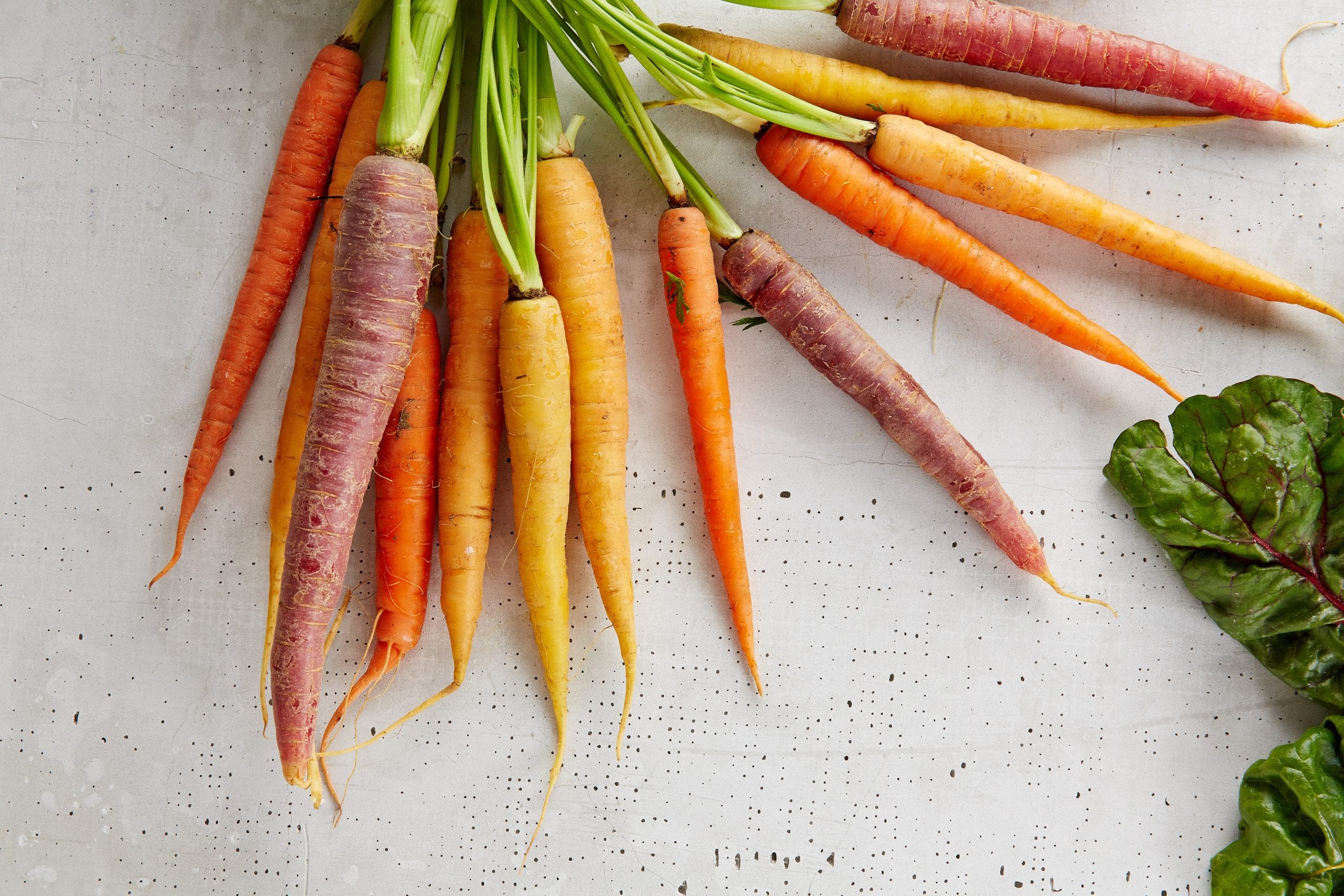 Benefits of a Plant-Based Diet

As Vegan, Vegetarian and Flexitarian lifestyles grow in popularity, we’re taking a closer look at some of the benefits of cutting down on meat consumption and embracing a more plant-based diet.

Today is World Vegan Day, which marks the start of the Vegan Society’s World Vegan Month – a month to celebrate how far the movement has come and highlight the accessibility and benefits of a vegan lifestyle.  But what actually does it mean to be vegan and what are the benefits?

The Vegan Society defines veganism as ‘A way of living which seeks to exclude, as far as is possible and practicable, all forms of exploitation of, and cruelty to, animals for food, clothing or any other purpose.’  A vegan diet is therefore wholly plant-based, avoiding all animal foods including meat, fish, seafood, dairy, eggs and honey.

While adopting a fully vegan diet might seem daunting, a report released today by supermarket chain Waitrose found that more and more people are choosing to reduce their meat consumption and eat more plant-based foods.  The Waitrose Food and Drinks report 2018-19 found that 33.5% of the UK population are cutting down on – or cutting out – meat from their diets, with animal welfare, environmental concerns and health benefits cited as the main reasons for doing so. 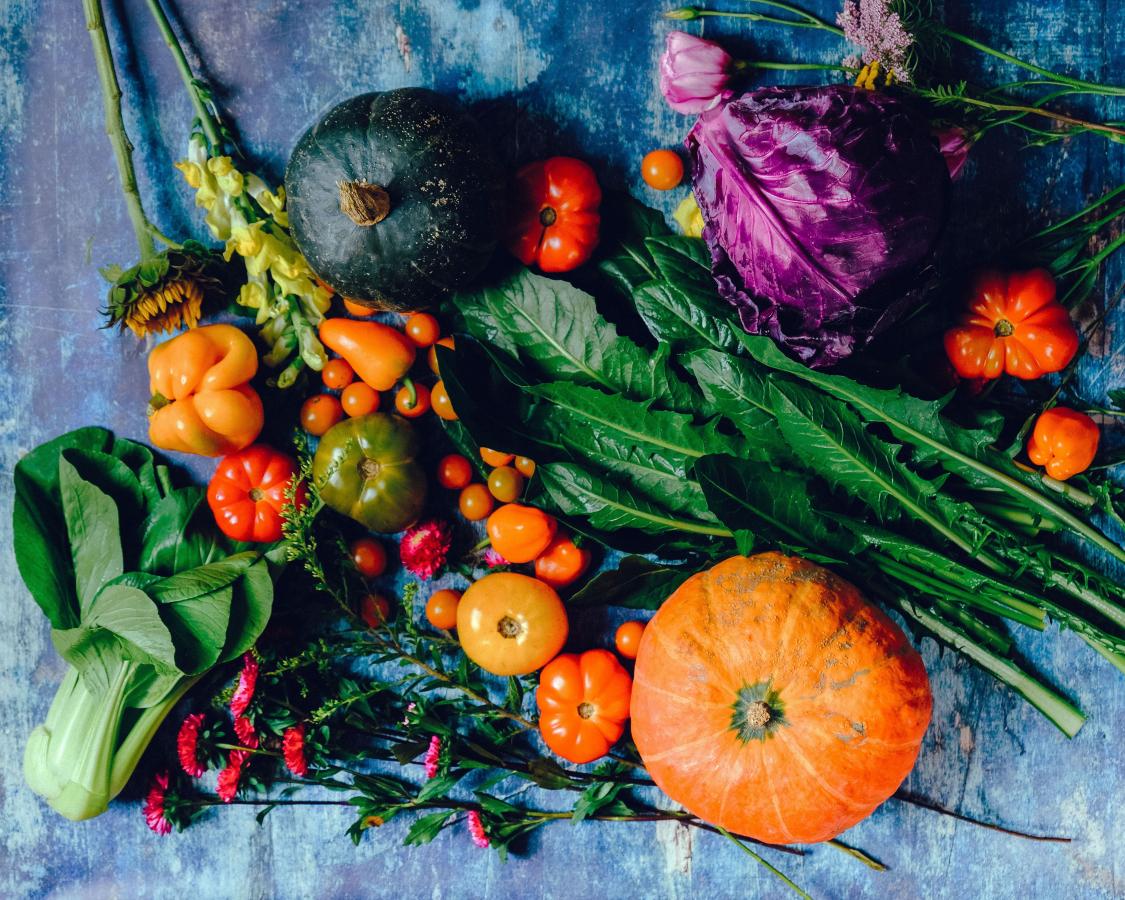 The report also found that one in eight Brits – or almost 13% of the UK population – is now vegetarian or vegan, with a further 21% identifying as ‘flexitarian’- a person who eats a primarily vegetarian diet but occasionally eats meat or fish. According to the Vegan Society, the number of vegans has quadrupled between 2014 and 2018, while Veganuary – a registered charity that inspires people to try vegan for January and throughout the rest of the year – reported that it had 168,000 people sign up to try Veganuary in January 2018, more than double the 59,500 participants in 2017.

The growing popularity of vegan lifestyles coincides with growing concerns for the environment. Last month the UN announced that we have just 12 years left until the point of no return on climate change, with reports stating that huge reductions in global meat-consumption are essential for meeting targets.

Here are some of the main benefits to adopting a more plant-based diet and reducing meat and dairy consumption: 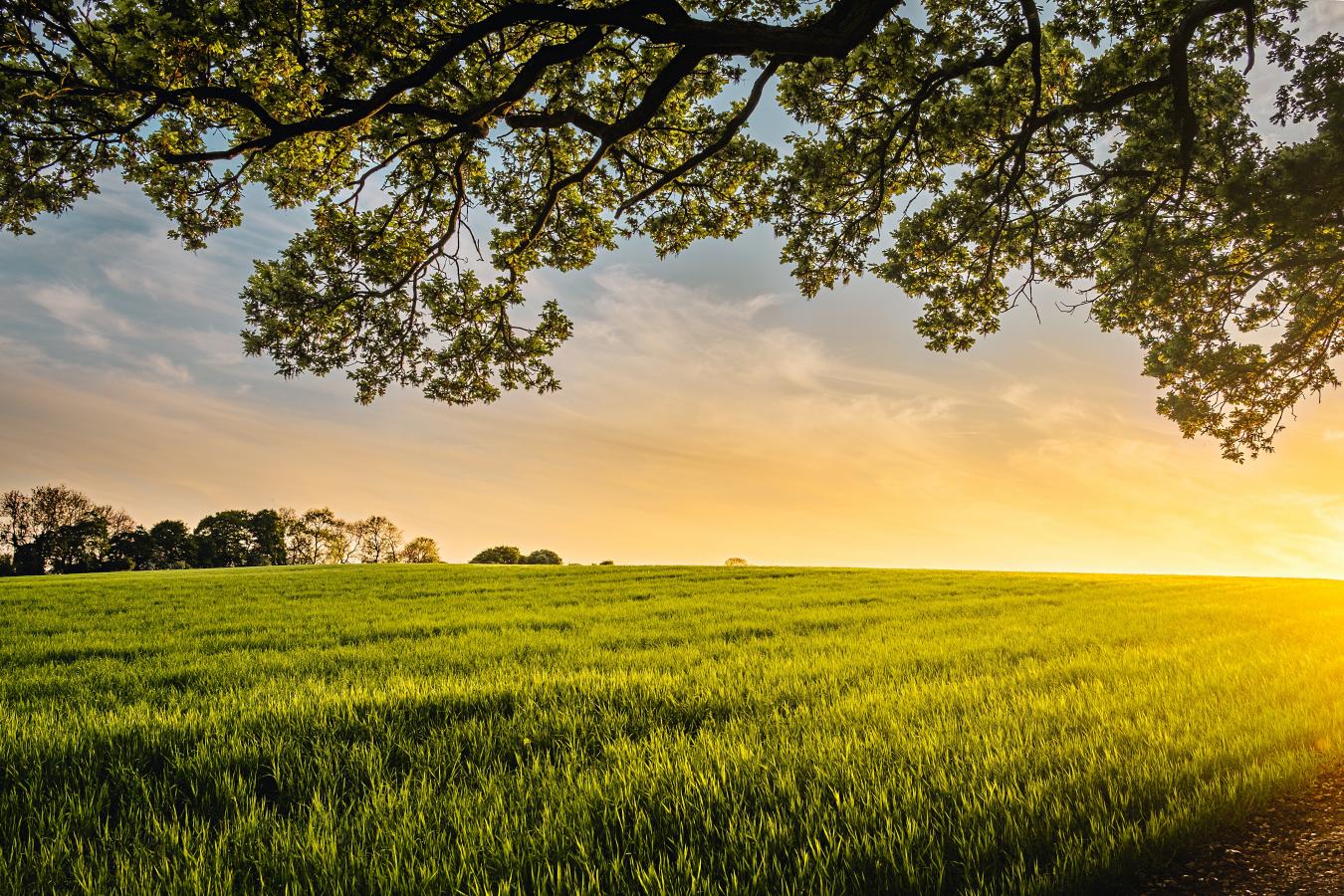 With last month’s IPCC report warning that we have just 12 years to keep global warming under 1.5C, beyond which risks of drought, floods and extreme heat will significantly increase, reducing meat and dairy consumption has become more important than ever before.

New research found that food production is a major driver of climate change and environmental damage, thanks to greenhouse gases from livestock, agricultural pollution, deforestation and water shortages caused by farming. These environmental effects look set to worsen as the world population rises by 2.3 billion people by 2050 and global income triples, enabling more people to eat meat-rich diets.

Since the 1960s, the world’s population has doubled but world meat production has quadrupled. In some areas, livestock production has increased even more significantly, with more than 4 and a half times as many tonnes of pig produced in 2013 compared to 1961 and world chicken production having increased by nearly 13 times.  The Food and Agriculture Organisation of the United Nations predicts that by 2050 world meat production will have almost doubled, placing a great strain on the planet’s resources.

Researchers found that t0 keep climate change under 2C (which would still be too high), more people globally need to adopt a ‘flexitarian’ diet. In order to halve emissions from livestock, the average world citizen needs to eat 75% less beef, 90% less pork and 50% less eggs, while tripling consumption of beans and pulses and quadrupling nuts and seeds. In rich nations like the UK and US, citizens need to cut beef by 90% and milk by 60%.

See One Meal a Day for the Planet to calculate how what you eat impacts the planet. 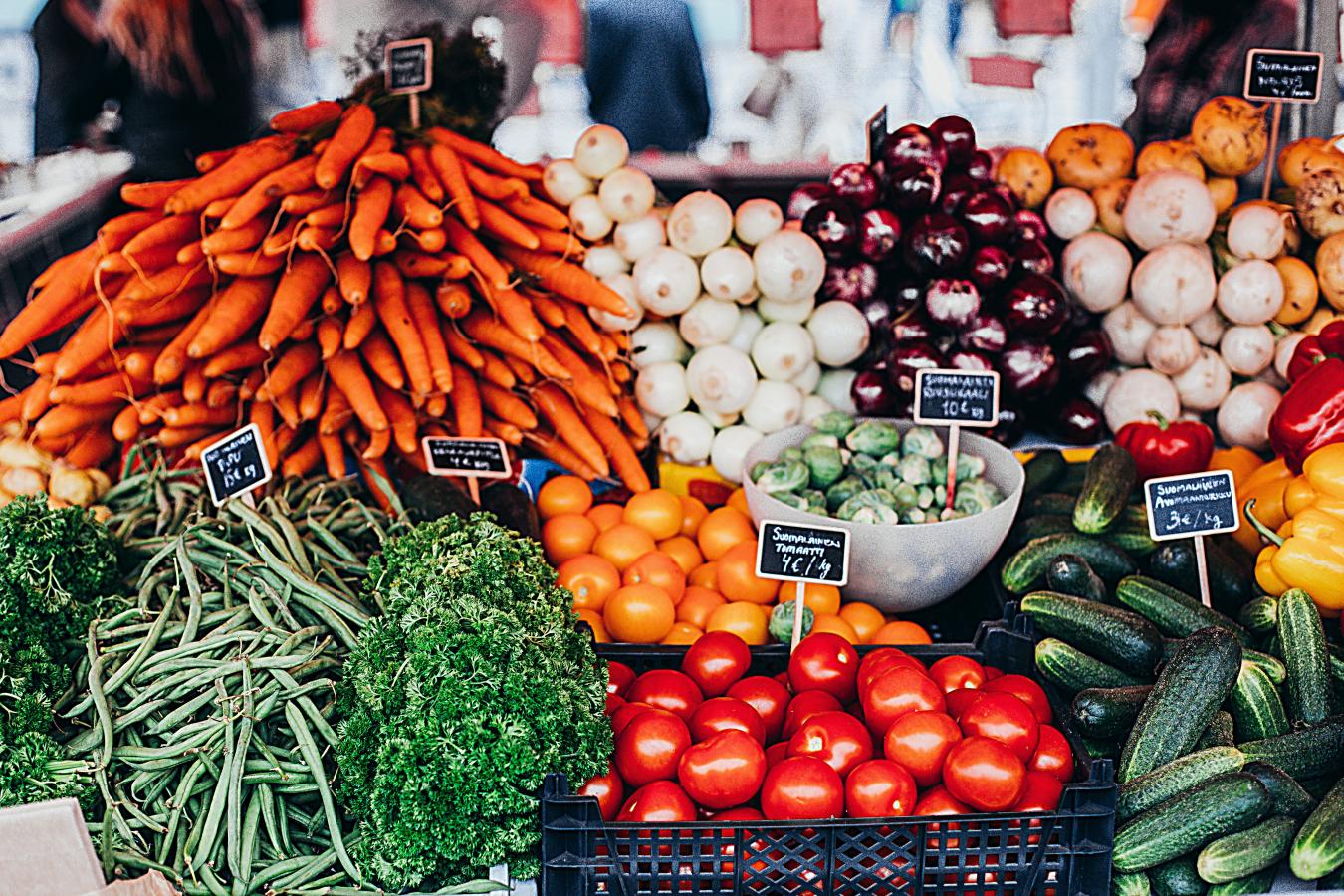 This week the WWF released its Living Planet Report, which found that ‘exploding human consumption’ has led to an average of 60% losses in vertebrate species – mammals, fish, birds, amphibians and reptiles – between 1970 and 2014. “Earth is losing biodiversity at a rate seen only during mass extinctions,” the report stated.

Some of this habitat loss and species extinction can be attributed to deforestation and the land, crops and water required to farm and feed animals for food production. For example, in Brazil alone, the equivalent of5.6 million acres of land is used to grow soya beans to feed farmed animals in Europe. This figure looks set to rise further after the newly elected president of Brazil, Jair Bolsonaro, has promised to open up more of the Amazon rainforest for soya bean and beef production.

Plant-based foods require significantly less land and water to feed the world’s population – on average, 14 people could be fed by just two football fields of land per year on a plant-based diet, compared to just one person eating meat and dairy.  By cutting meat and dairy consumption, research suggests that global farmland use could be reduced by over 75% but would still feed the world’s population. This would represent an area the size the US, China, European Union and Australia combined.

This means that if more people switched to a predominantly plant-based diet, huge areas of land could be restored to forest, providing new habitats for wildlife and helping to regulate global climate. 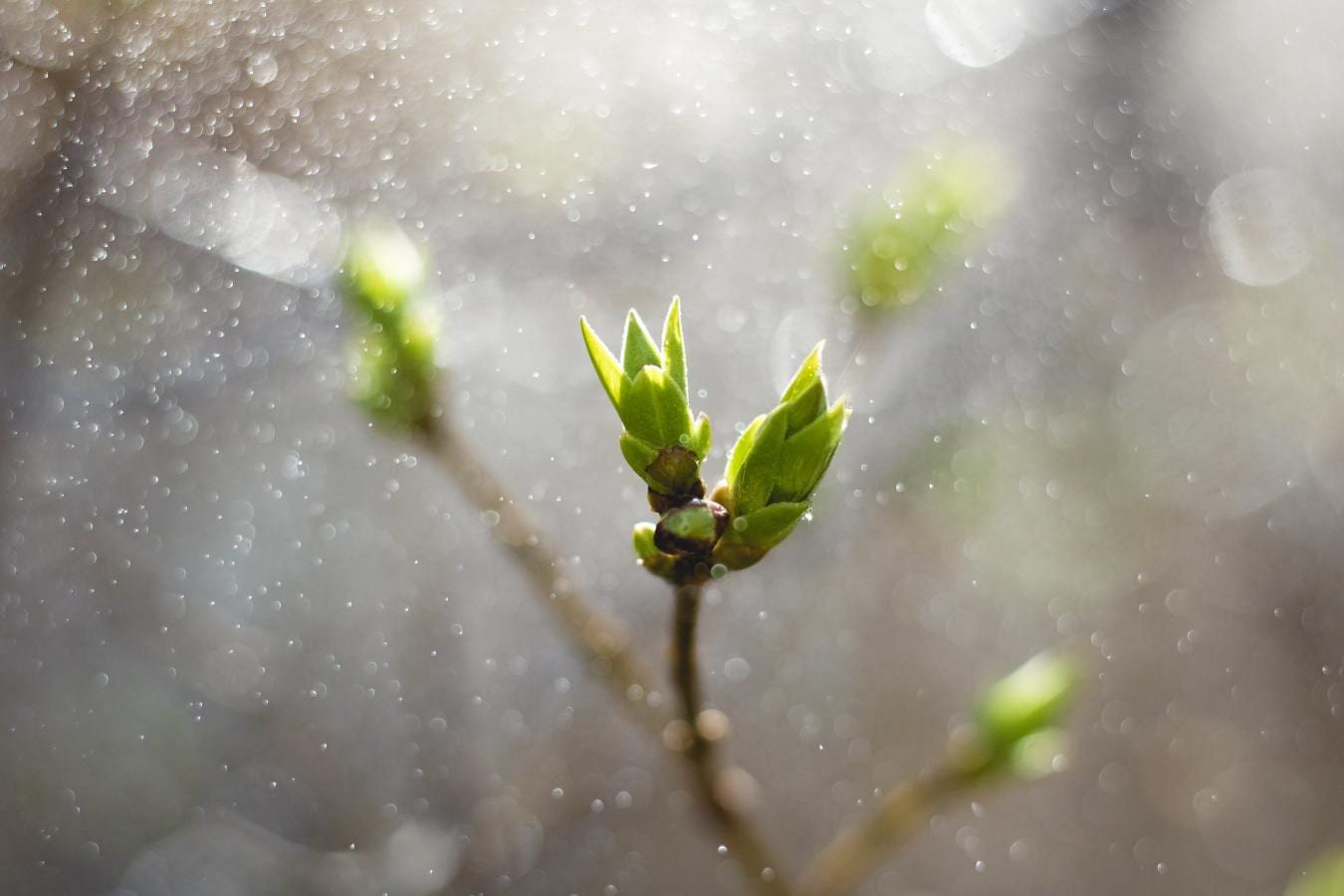 Not all vegan diets are healthy (technically a diet of french fries is vegan) but a well-planned plant-rich diet can have numerous health benefits and can provide all the nutrients you need. The World Cancer Research Fund recommends we “choose mostly plant foods, limit red meat and avoid processed meat”, while a 2016 study by Oxford University found that veggie-based diets could save 8 million lives by 2050.  An earllier study by Oxford University’s department of public health discovered that restricting meat to just three times a week could prevent 31,000 deaths from heart disease, 9,000 cancer deaths and 5,000 deaths from stroke, saving the NHS £1.2 billion in costs each year.

Worried about getting enough protein? See our protein-rich vegan-friendly alternatives.

So what can you do?

You don’t have to go cold turkey to make a difference.  If you don’t want to stop eating meat completely, having one meat-free day a week or swapping one meal a day for a plant-based substitute can still have a big impact on the planet.  Get creative in the kitchen with more plant-based meals – for inspiration see our recipes or check out Deliciously Ella, Bosh.tv and Livia’s Kitchen.

Life as I Know It: Momoko Hill
8 Eco-Friendly Activities to do with Children
The Sustainable Living Gift Guide
Our Favourite Community Cafés in the UK
Food