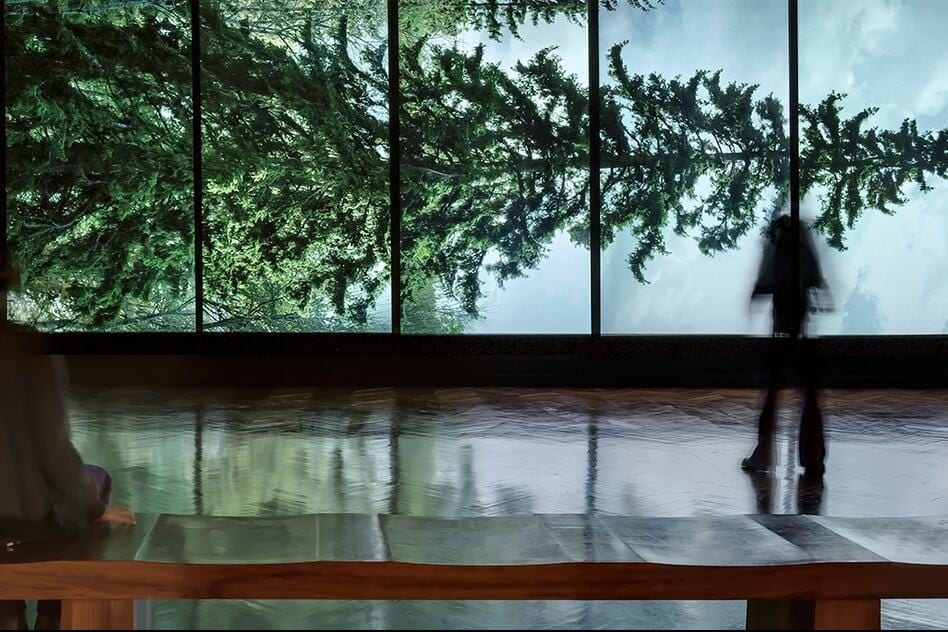 The Best Eco-Art Exhibitions in London, 2020

Image: Among The Trees, Hayward Gallery

Approaching the climate crisis with creativity and optimism has inspired the work of some of the world’s leading artists. Model and activist, Charlie Newman, highlights the exhibitions around London shining a light on the planet.

2019 marked an environmental awakening within the often traditional walls of London’s leading art institutions. While the Royal Academy, the Tate and Victoria & Albert museum lead the way last year, 2020 opens the field up to more contenders. Since the V&A’s popular ‘Food: bigger than the Plate’ exhibition, the museum’s director, Tristram Hunt, has supported Extinction Rebellion, not only buying their objects for the Museum of Childhood in Bethnal Green, but also welcoming them to use the space as a “green HQ.” In an interview with The Sunday Times, Hunt articulated how they “want to inspire the next Greta Thunberg. I want teenagers off the streets and off their smart phones (and instead) designing.” Behind the scenes, museum heads across the globe are facing threats of losing their most prized artists and respective works if they don’t address where their donations were coming, following the reveal that many leading museums were being financially supported by BP and the Sackler family. To quote Ben Elton, “artists don’t create society, they reflect it”. Here are the top four exhibitions to see in London this year who are putting Elton’s wise words into action. 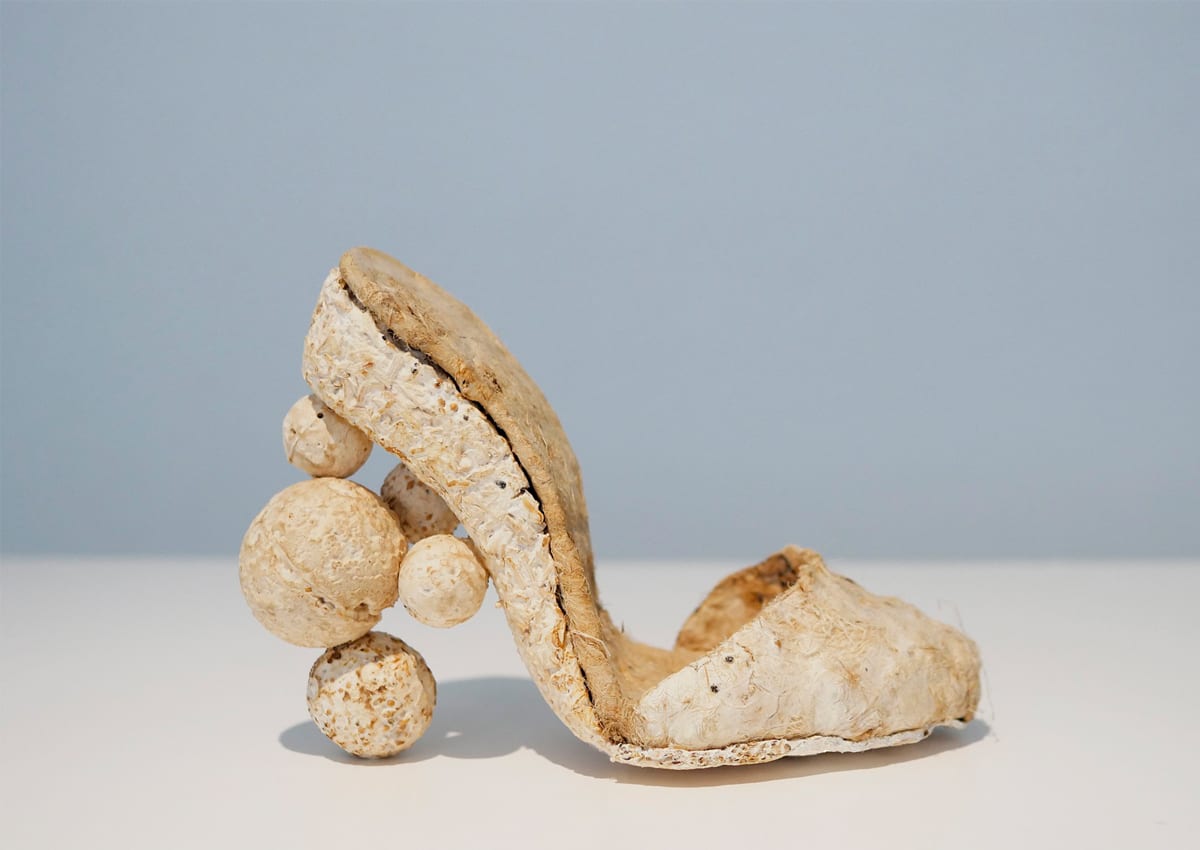 One for the kids – both big and small – Somerset House hosts ‘Mushrooms: the art, design and future of fungi.’ Free, small and perfectly formed (rather like the mushroom itself), this exhibition celebrates fungi in all it’s glory, exploring the fact that “it was fungi that allowed plants to colonise the earth by breaking down the earth’s bedrock” and it’s many more reincarnations. Prior to Lewis Carroll’s transformative portrayal of the mushroom in Alice in Wonderland, mushrooms were associated with poison and witchcraft. Other creatives soon followed suit: Beatrix Potter painted over 300 watercolours dedicated to the humble shroom between 1888-1899, additionally C Y Twombly’s fungi collage in 1974. American filmmaker David Fenster and German artist Carsten Holler address the magical elements of mushrooms too, taking  us on an interactive with their artwork. Whilst we perceive fungi as something to eat and manipulate, it is in fact closer to being an animal than a plant. The final room displays the innovative qualities fungi holds for a greener future, supporting the ‘Edible Utopia’ movement and displaying the benefits of upcycled aggircultural waste. The exhibition doesn’t just stop here, you can also get involved with various workshops, talks, screenings and supper clubs (hosted by world renowned chef, Skye Gyngell of next door ‘Spring’ restaurant) and even book in for a fungi facial with Origins products, the exhibitions official sponsor. Extra points go to Origins for accepting any of your beauty cupboard empties for their recycling scheme. 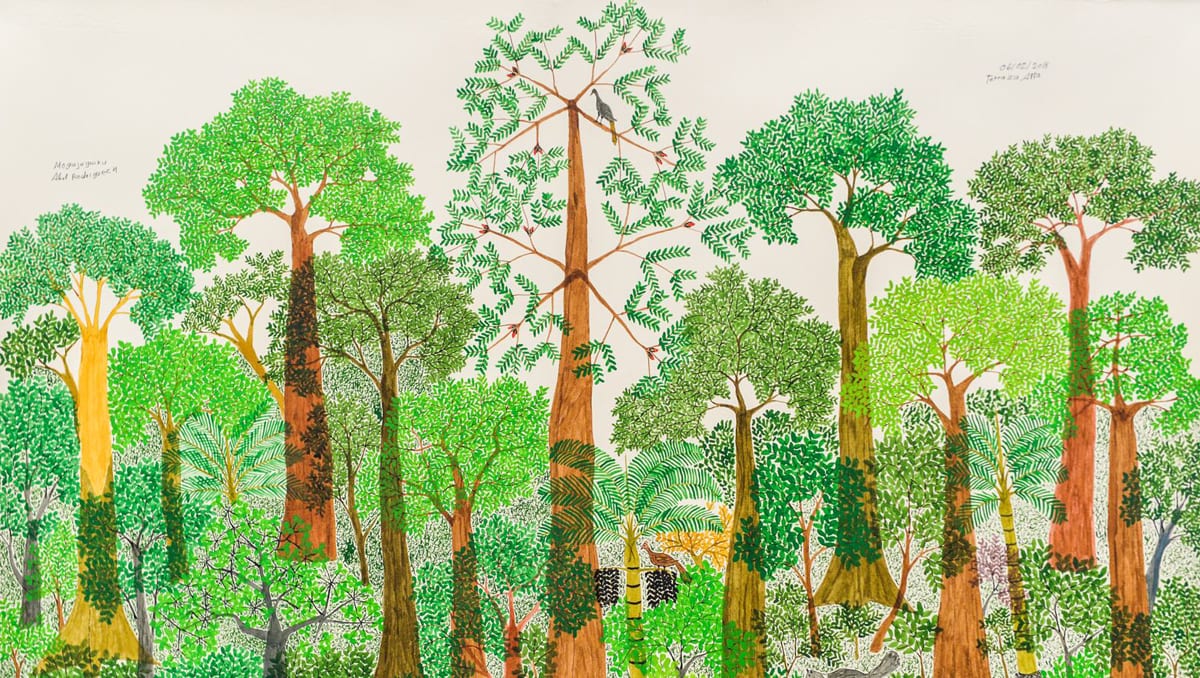 In contrast to the more commonly depicted imagery of deforestation, the Southbank Centre’s Hayward Gallery is showcasing a more positive alternative, demonstrating the beauty and imperativeness of trees in their exhibition, ‘Among the Trees’. Here, trees are highlighted as being, pardon the pun, the roots in which the earth is built upon. Living for thousands of years, trees make human life appear fickle in comparison, we feel small next to a 9550 year old tree in Sweden. In a time when the world feels especially divisive and on edge, the exhibition feels optimistic. In a collection of 38 artists from across the world, united in appreciation for nature, no tiny tree or enormous forestry is off limits. Alongside the exhibition, participate in a range of experiences including gardening workshops, eco-plant pot and mobile making and even a six week poetry course with Jacqueline Saphra. Here you’ll get as close to nature as you can in the depths of the city. 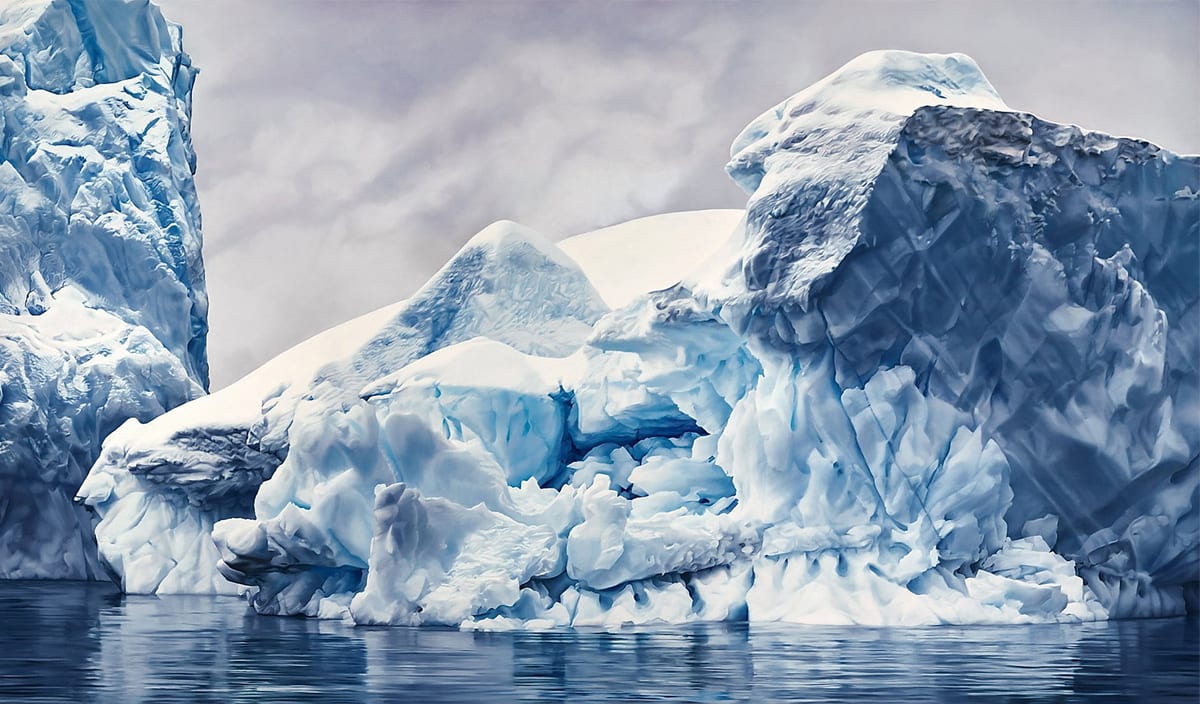 Tucked behind the mayhem of Regent street, Carnaby Street has collaborated with ocean-focused charity Project Zero to commission six artists to create artwork devoted to the environment. Among the exhibitors is American Poet Laureate alumni Billy Collins with ‘Breakfast’, a short but succinct poem that gives us a simple and effective prediction of what’s to come. American artist Zaria Forman has spent the majority of her artistic career portraying the effects of climate change: “I hope my drawings can facilitate a deeper understanding of the climate crisis, helping us find meaning and optimism in a shifting landscape.” Though each of the artist’s work contrast one another, from vibrant street-style illustrations of deadly ocean pollution to plasticine installations of coral reefs, each of the pieces is created with the hopes of highlighting the urgency of the issue. For Bradley Theodore: “our oceans are the backbone of this beautiful planet and the source of all life. We must protect them and we owe that to future generations.” 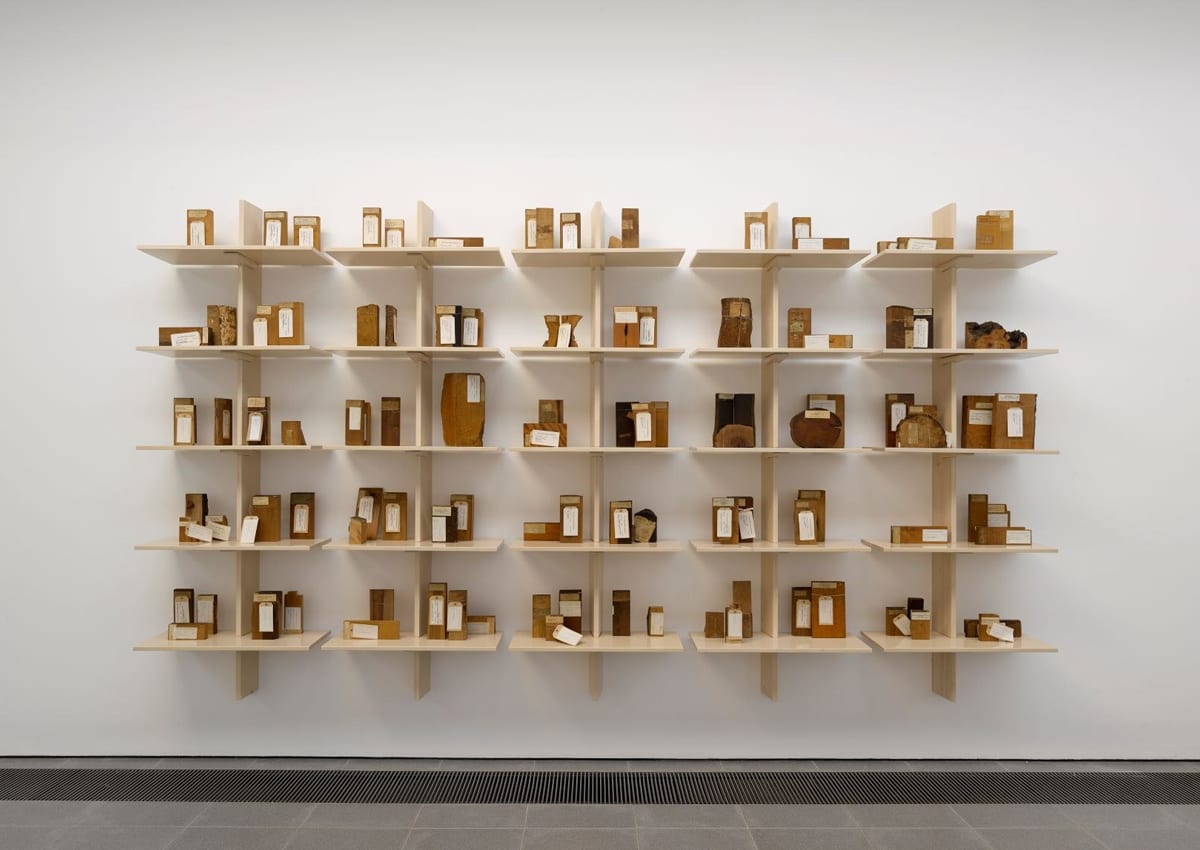 The Serpentine has kickstarted their third major design exhibition with Italian design collaborators Andre Trimarchi and Simone Farresin. Together they are shifting the focus from the final product onto the design process, far more interested in the political and ecological impact of their design materials rather than the product. The exhibition focuses on timber, having agreed upon the fact that “trees are first of all a living species.” Throughout the exhibition, the artists explore the varying incarnations of timber over time, always with “ecological concerns at the centre”.

Find more sustainable events for the upcoming month in our what’s on calendar.

Read Jo Becker’s case for the importance of imagination in the climate crisis.

Learn the story of The Ship of Tolerance and how art has the power to change the world.

Why I'm Going Flight Free
Calling All Students: How to Make Sustainable Living a Habit at University
How To Remove Make-Up More Sustainably
How To Self-Massage
Lifestyle