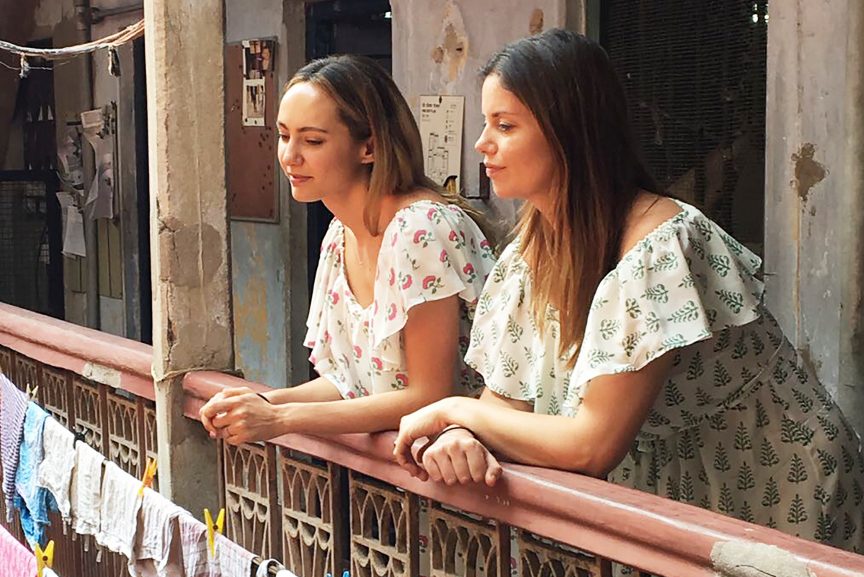 On Anti-Slavery Day, we speak to Beulah London founders Natasha Rufus-Isaacs and Lavinia Brennan about why this campaign is as important as ever, and how you can get involved.

Today marks Anti-Slavery Day – a day to raise awareness of human trafficking and modern slavery, and encourage government, businesses and individuals to do what they can to address the problem.  More than 40 million people around the world are living in slavery – although some believe that estimate to be conservative – which is more than at any other point in history. It’s a multibillion-dollar industry, with human trafficking generating $150 billion annually, and children accounting for one in four victims of trafficking. Ending slavery is a huge, complex, and global challenge, and one that Beulah London founders Natasha Rufus-Isaacs and Lavinia Brennan are determined to contribute towards eradicating.

In 2010, Natasha and Lavinia were working in the slums of Delhi, in an aftercare home for women who had been trafficked into the sex trade. There they witnessed the power of employment to transform lives. On their return from India they founded Beulah London – a luxury lifestyle brand with a mission of having a long term, positive impact on victims of human trafficking by providing an alternative, sustainable livelihood.  In 2013 they also founded The Beulah Trust to put their humanitarian mission into action, with a clear goal of supporting projects and initiatives that create sustainable livelihoods for victims of trafficking. The Trust aims to give grants that pay for skill courses giving women who have been victims of sex trafficking and abuse the chance to find work, generate an income, and live a self-sufficient life, free from abuse.

To mark Anti-Slavery Day 2019, Beulah has launched a ‘For Freedom’ T-shirt to support the anti trafficking charity Justice and Care.   Here they tell us more about the campaign, their inspiration, and their plans for the future: 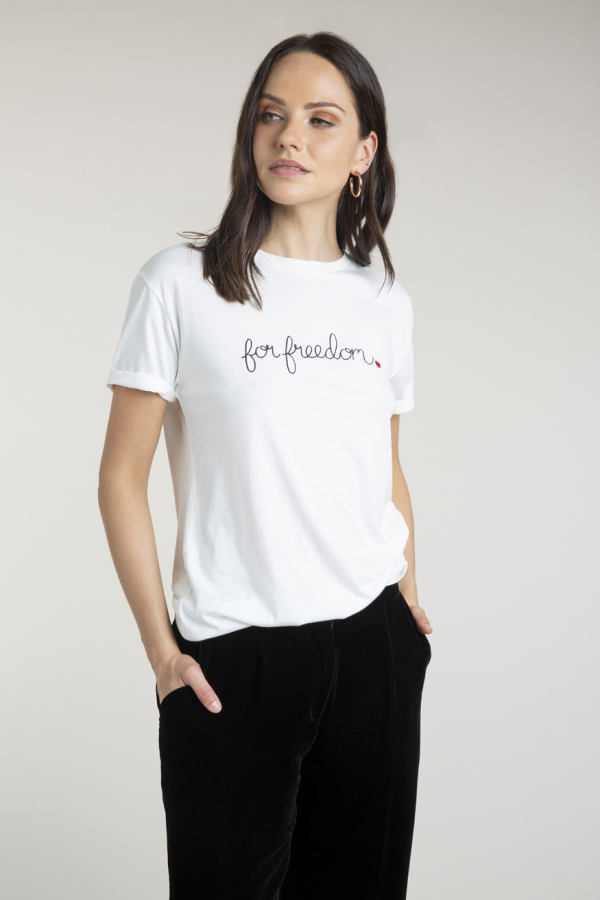 Why are campaigns like Anti-Slavery day so important today?

Campaigns like Anti-Slavery day are incredibly important as they provide a platform for us to shine a spotlight on the little talked about topics of Human Trafficking and Slavery.  It is shocking that slavery still exists in modern society and still effects many millions of people worldwide.  Global estimates put the figure at more than 40 million people, with one in four victims being children and 70% being women and girls.

Anti Slavery Day is a day we can come together, raise funds for charity, educate our customers and inspire others to create change.  It is our mission to empower vulnerable and trafficked women through meaningful employment opportunities and to build a sustainable life free from slavery and exploitation.

What inspired you to launch your Freedom Programme?

Beulah London itself was born out of an experience Lavinia and I had in 2010 whilst working in the slums of Delhi teaching textile skills in an aftercare home for women who had been trafficked into the sex trade. It was there that we witnessed the power of employment to transform lives.  Our passion as a business is to create beautiful clothes, but also educate our customer on modern day slavery. 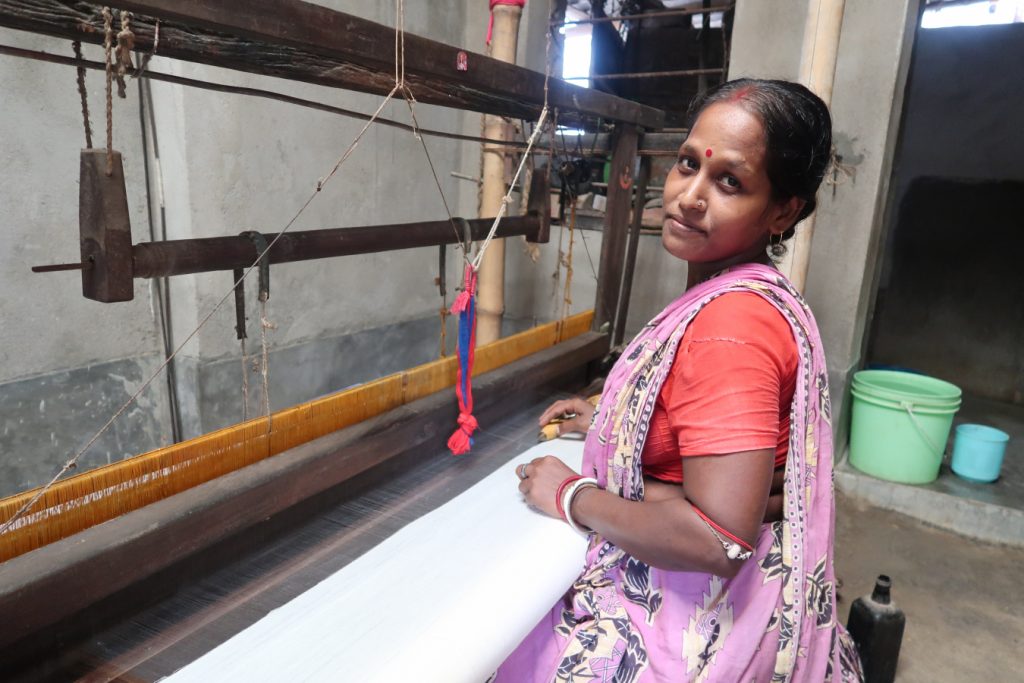 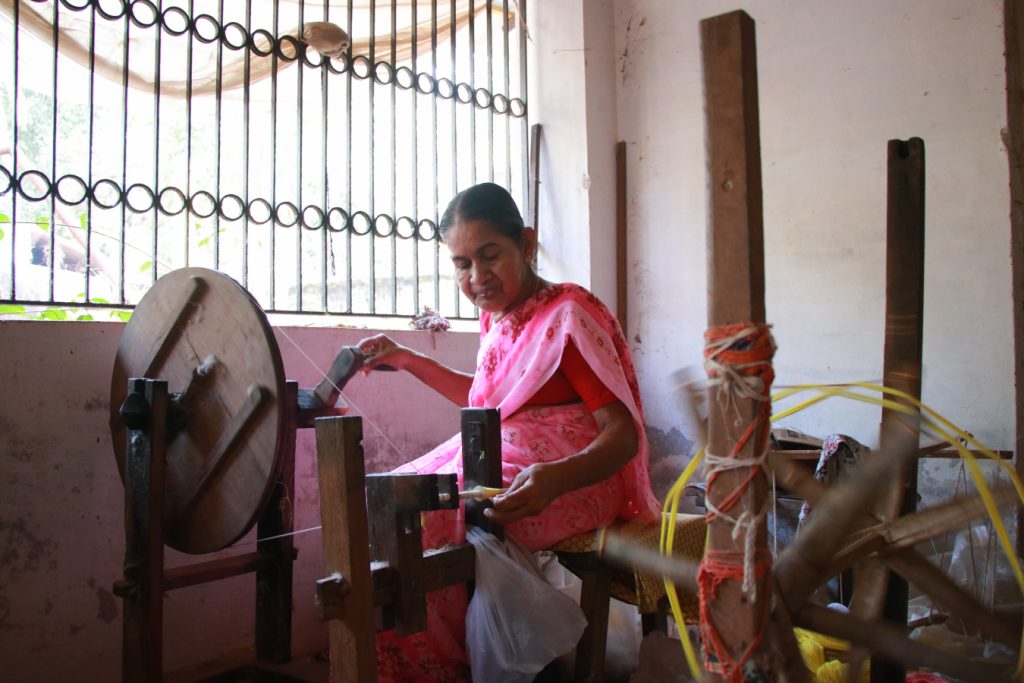 What does the programme entail?

THE EXTRA 10%: We invest 10% of all Beulah profit into projects and partners who support our mission to empower vulnerable and trafficked women through meaningful employment opportunities.

FREEDOM DESIGNS: We celebrate new freedom designs each month, directly produced by formerly trafficked and vulnerable women. The Freedom Designs collection is a space for us to champion the craft and stories of incredible women and celebrate how each piece represents so much more than its material form; it’s providing sustainable employment, educating her children and giving hope for her future. Everything that we learn on this journey will educate and shape our wider brand, ensuring we help lead the change towards fashion being a force for good.

OUR COMMUNITY: We connect our customers to our mission through events, campaigns and in-store clothing recycling.

HER FUTURE: We also deliver employability training at our Head Office in London to survivors of human trafficking.  We provide work placements to women supported by the Sophie Hayes Day 46 Programme, which provides survivors of trafficking with support to rebuild their confidence, purpose and employability. 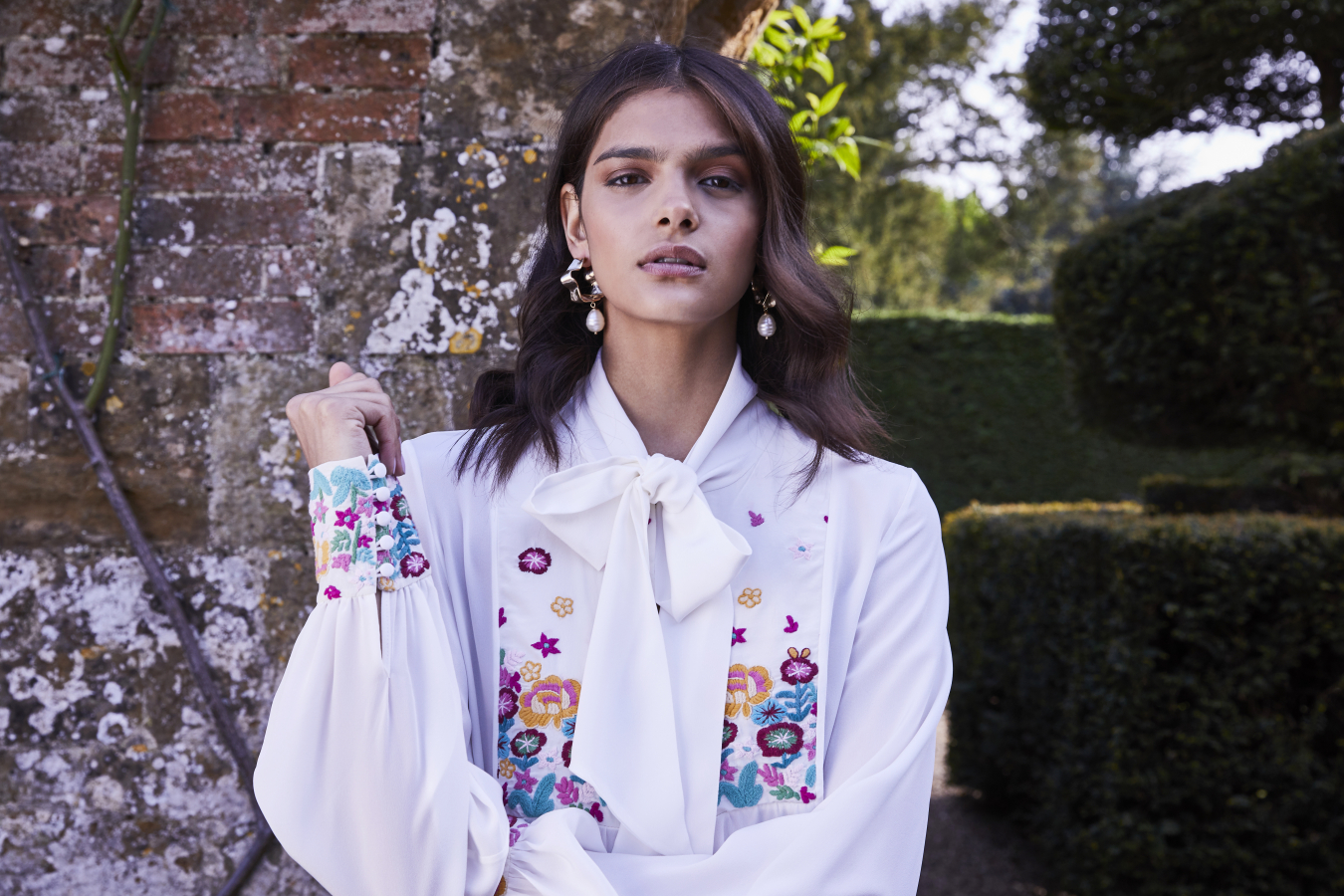 How is Beulah working to empower vulnerable and trafficked women?

We invest 10% of profits from the sale of all our products into organisations who are fighting to eradicate modern day slavery via the Beulah Trust. To oversee our charitable donations we founded The Beulah Trust in 2013, as a way for us to ensure our humanitarian work is effectively managed and our impact measured, reviewed and built upon.

This year we plan to invest in projects run by our Freedom Design production partners that support women.  Giving them the best chance at sustaining economic independence and their freedom.  The Beulah Trust puts our humanitarian mission into action, with a clear goal of supporting projects and initiatives that create sustainable livelihoods for victims of trafficking. The Trust aims to give grants that pay for skill courses giving women who have been victims of sex trafficking and abuse the chance to find work, generate an income, and live a self-sufficient life, free from abuse.

The Beulah Trust is the heart of what Beulah London is about and as Beulah London grows, we hope to make a real difference to the lives of women who have been trafficked. In 2017 we created 1,030 days of sustainable employment for women previously in vulnerable or trafficked situations through our Fairtrade and NGO partners in India, working alongside the UN and Anti-Slavery International. 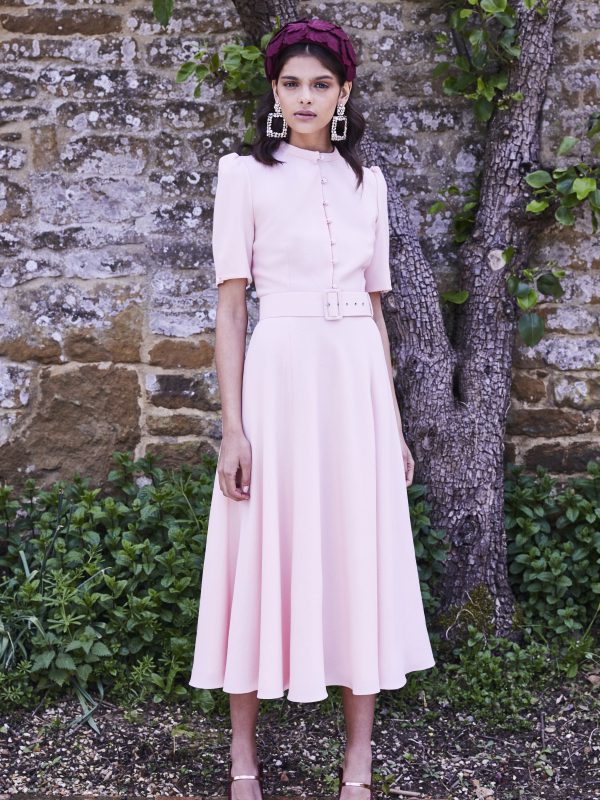 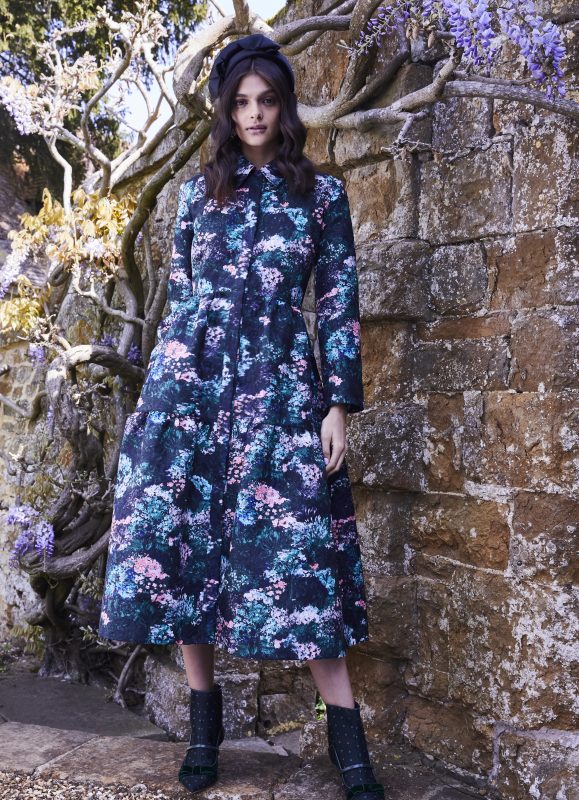 Tell us about your For Freedom T-shirt…

We are launching a ‘For Freedom’ t-shirt to support the anti trafficking charity ‘Justice and Care’. They do incredible work fighting slavery in the UK, Europe and Asia. Justice & Care works to protect the most vulnerable individuals and communities, partnering with police to rescue victims, bring those responsible to justice, restore lives and spark systemic change. Through the sales and promotion of the T-Shirts, we want to shine a spotlight on the injustice of modern day slavery. Working together we can break the grip of slavery for millions of people.

The Tees have an ethical and fully traceable supply chain and are made from a blend of organic cotton and sustainable wood fibres, using an eco-responsible production process that meets high environmental standards.  The embroidery and garment finishing processes will provide a fair wage to migrant working women in one of London’s poorest boroughs and the funds raised by each t-shirt will provide essential supplies for a UK victim.

How can people support this cause?

Buy a T-shirt please and talk about it via social media! They are selling £60 each – 100% of profits go towards charity – each t-shirt supports a victim of trafficking in the UK through providing essential supplies.

We can’t all do everything, but we can do something. Every person is an activist and has influence over others, to fight for injustice and bring about positive change.

Read more about the facts surrounding human trafficking in our Difficult Conversations series.

Read our interview with Baroness Lola Young, discussing the UK’s Modern Slavery Act, which she is campaigning to modernise, and how Brexit could impact its progress.

Watch The Price of Free documentary to learn more about the huge global challenge of child labour.