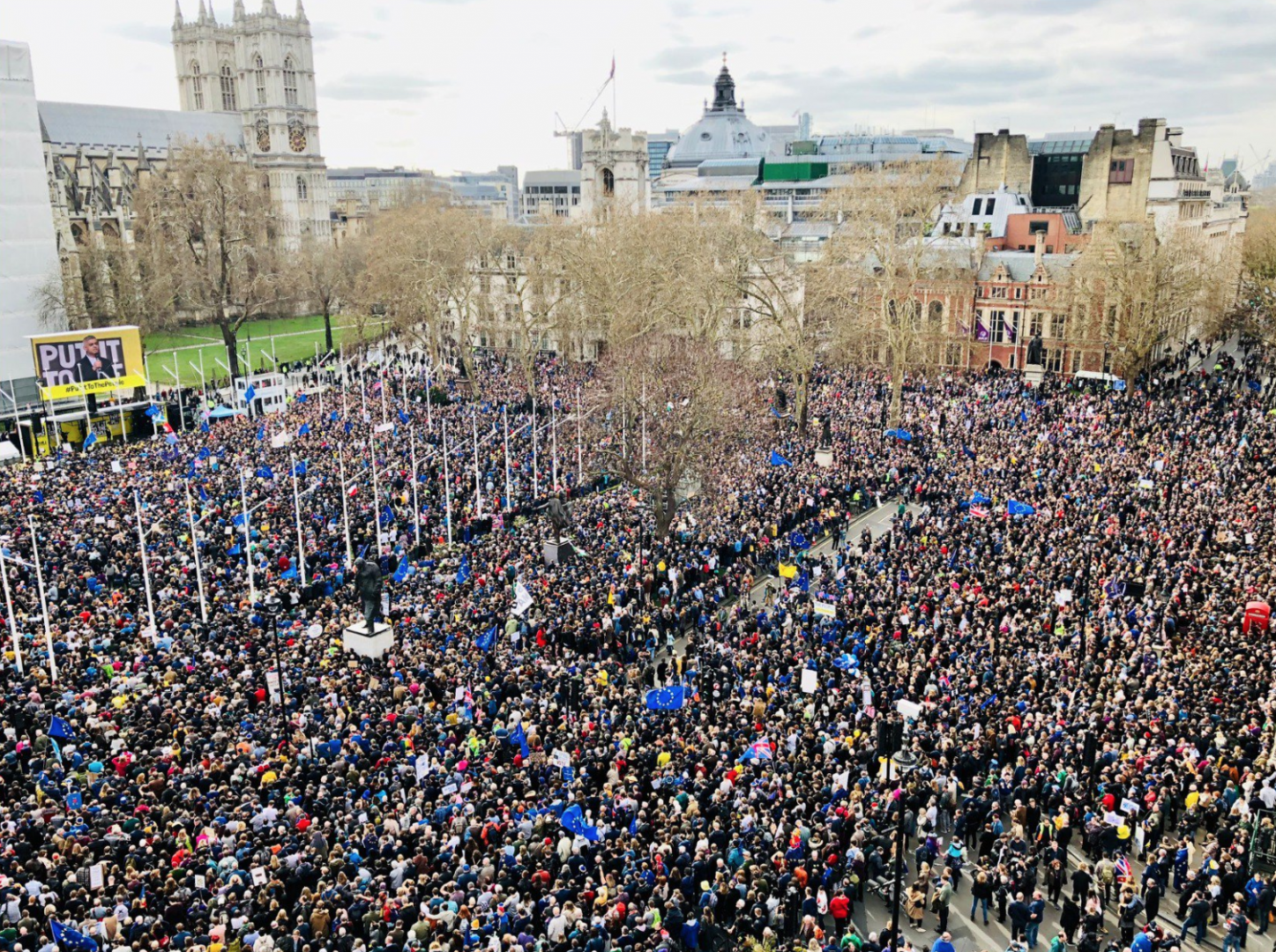 Brexit: Petition Reaches Over 5m Signatures – Have You Signed Yet?

With Brexit still up in the air, a petition to revoke Article 50 has received more than 5 million signatures (and growing!) after one million people marched to demand a second referendum this weekend. Here’s how you can have your say.

On Saturday, more than one million people marched through central London to demand a people’s vote to deliver the final say on Brexit in what organisers The People’s Vote claim to be the biggest protest in British history.

Meanwhile, a petition that calls to revoke Article 50 – and therefore for Britain to remain in the EU – has now hit over 5 million signatures. Add your name to the petition here. 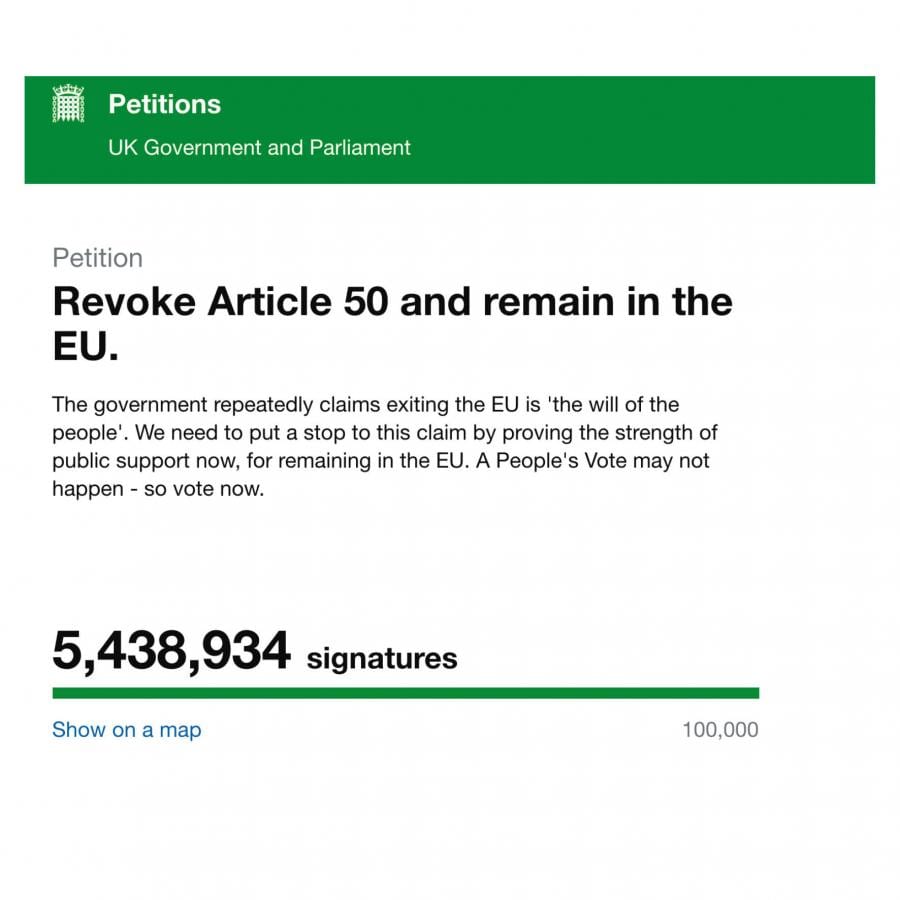 A spokesperson for the organisers of the People’s Vote ‘Put it to the People’ march has said that their estimate for the turnout “is based on professional expert advice and whatever the exact number, there can be no doubt that this ranks as one of the greatest protests – possibly the biggest ever – that this country has ever seen.”

If you want to learn more about what Brexit means for progress, read Tamara Cincik‘s op-ed.