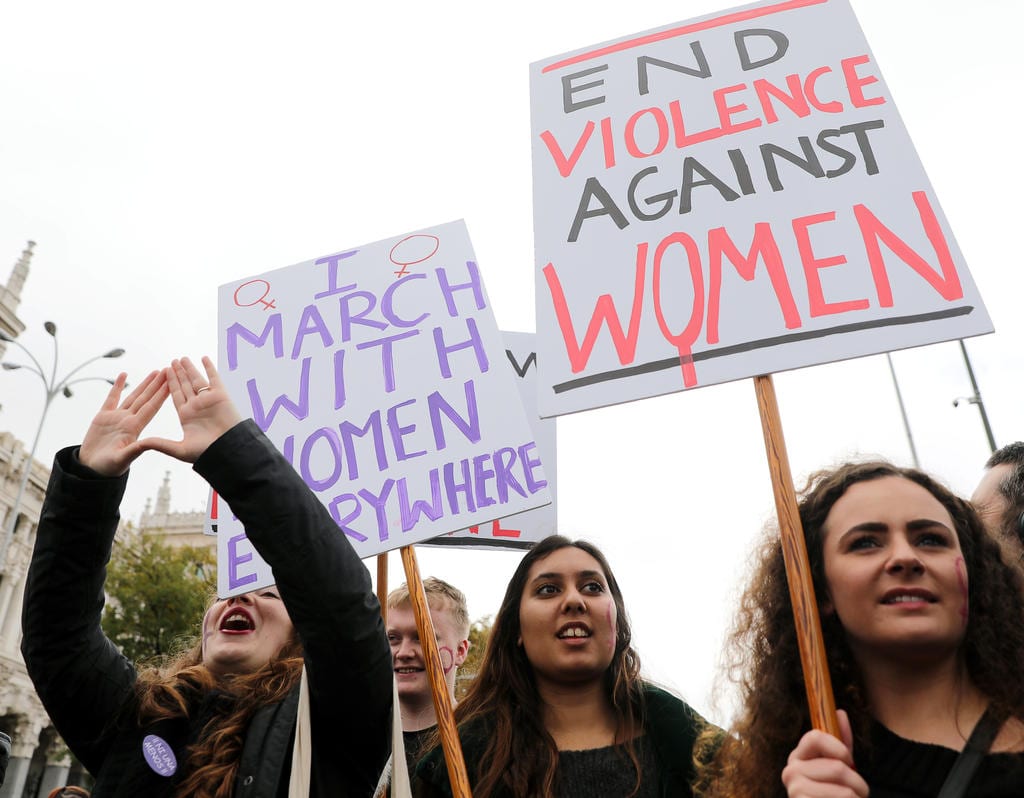 In today’s focus, The Circle’s Anna Renfrew investigates how the justice system is failing victims of violence ahead of the International Day for the Elimination of Violence Against Women on November 25th.

Violence against women and girls remains one of the most prominent and pressing issues of inequality globally, with at least one in three women around the world becoming a victim of rape or attempted rape in her lifetime. In the UK, official violent crime figures suggest that one in five women have experienced some type of sexual assault.

However, despite the increased our exposure and awareness of the issue of sexual violence in the aftermath of the #MeToo and #TimesUp movements, victims of rape and sexual assault are still being victimised and consistently let down by the criminal justice system. Across the globe, attitudes towards victims of rape and a prevailing tolerance for rape and serious sexual assault is resulting in a lack of justice for victim-survivors. Women are reluctant to come forward and when they do, their experiences can be traumatic. Shaming tactics are employed worldwide to discourage claimants, and instances of traumatic treatment from both legal and medical professionals have been cited in countries from Scotland to South Africa.

The End Violence Against Women Coalition, one of the projects funded by The Circle’s Chai Day initiative, is in the process of taking the Crown Prosecution Service to court over the ‘catastrophic’ drop in rape prosecutions (down by 44% since 2014) whilst the increase in the number of rapes reported to the police is up by 173%. The lobbying organisation has ‘heard from many women who have decided to report rape to the police who have then endured what can be very gruelling questioning and possibly medical examinations. They have also had to sacrifice their phone, computer and personal records and endure an agonising wait to then be told that the case has been dropped. Furthermore, the Guardian reported last year that a training session at the CPS encouraged prosecutors to take the ‘weak cases out of the system’ to improve its conviction rate.

A culture that discourages victims from speaking up to report their abuse is not one that supports its most vulnerable. Violence against women is a global issue, therefore so is the dismissal and degradation of its victims. Global Feminism is a movement designed to highlight the rampant inequalities across the globe that women and girls still face, drawing attention and encouraging action to the abuses suffered by women globally. 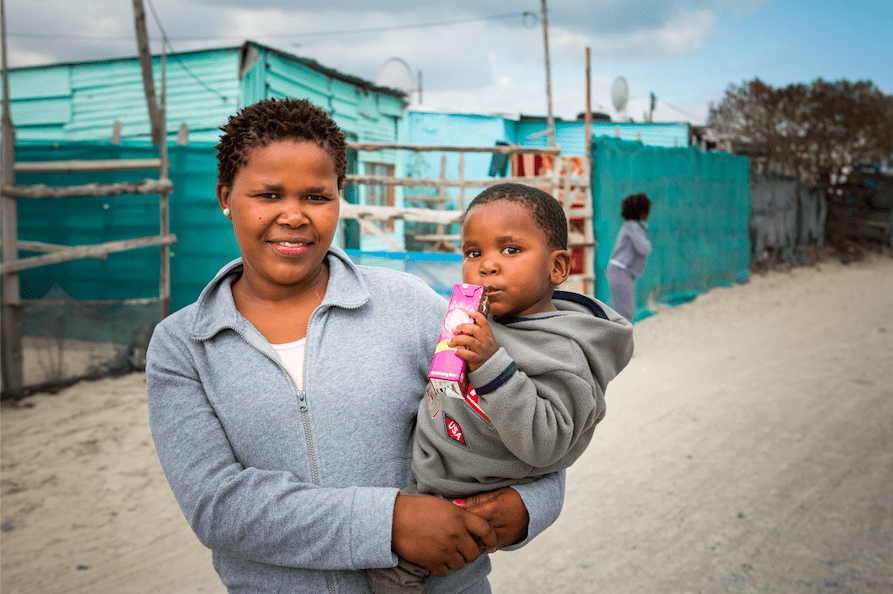 Image: Siyanda and her son, who stayed at the Nonceba Centre after leaving an abusive relationship

November 25th marks the International Day for the Elimination of Violence Against Women and to coincide with this, The Circle examined the process of reporting for victim-survivors around the world, as well as the enforcement of a woman’s right to be free from harm through The Circle’s projects providing front-line services to victims of violence.

We found that in Scotland, testimonies described a disparity between survivor expectations and experiences. There were perceptions of the system being weighted in favour of the accused and that the prosecutor did not adequately represent their interests, as well as a sense of being marginal to the process. None of the victims received their personal possessions taken as evidence, an invasive practice in the first place, nor did they know what happened to their items. In addition, some felt that crucial evidence had been overlooked, taken incorrectly, or in some cases not taken at all.

“I was made to feel that I was hysterical […] when you’ve been in a domestic abuse situation and these types of men, they tell you you’re hysterical or you’ve got mental health issues or you’re nuts or you’re crazy or you’re a fruitcake. That’s the language they use. So […] when the authorities use it, what does it do? It puts up a brick wall.”  – Beth

In South Africa, where the femicide rate was almost five times higher than the global average in 2016, a fraction of assaults result in convictions and the criminal system is ‘failing survivors’ as pervasive rape culture persists. 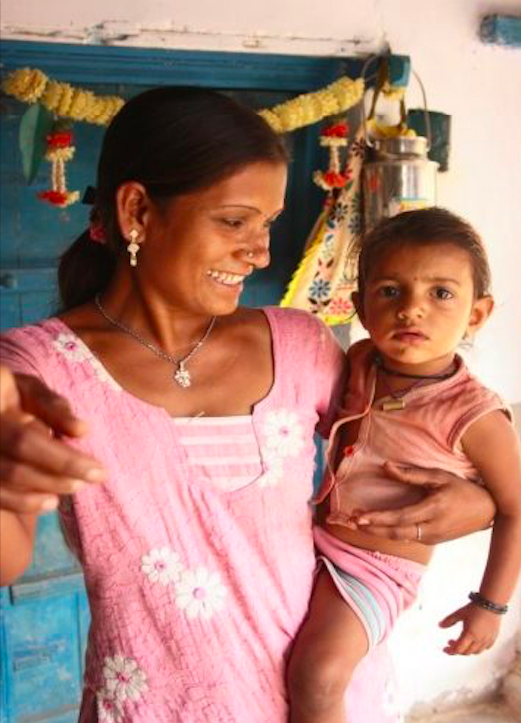 Image: Bina and her son, who have been offered counselling and legal support

As in Scotland and South Africa, many women in India do not feel confident and safe in reporting their assault. Rape allegations are met with anything from demeaning and traumatic practices to complete apathy and a failure to submit allegation files. Similarly, for marginalised women in Canada, they can often be ignored by officials and put back into life-threatening environments.

“The doctor said to my daughter ‘If they had forced themselves on you, there should have been marks on your body – but you don’t have any. You must have done this of your own free will.” – Palak’s mother, Palak (name changed to protect her identity), a Dalit woman, was 18 when she reported being kidnapped and raped in Madhya Pradesh, in June 2013

The judiciary system is failing women who make the brave decision to come forward and report rape and serious sexual assault. Non-profits and front-line services such as those delivered by our Chai Day projects are having to fill the gaps in victim support in order to achieve justice.

What can I do?

Host a Chai Day this International Day for the Elimination of Violence Against Women to support survivors of gender-based violence around the world.

Chai Day is about gathering together with friends, family or colleagues, and using that time to do some good. This is a movement that you can take part in to raise funds to support survivors of gender-based violence and also raise awareness regarding the issue amongst your circles. Despite its prevalence across all demographics, violence against women is still regarded as an uncomfortable subject with public discourse often shaming the victim.

A Chai Day can be a public event or a small gathering with a few friends and all money raised will go directly towards the projects mentioned in this article. This month, invite your friends and family together to raise money for survivors and make a real difference to women and girls across the globe.

For more information, top tips and digital resources, head to The Circle’s website.

See our takeaways from Fashion Focus: The Living Wage Report 2019.

Read Annie Lenox’s story about why she is a Global Feminist.