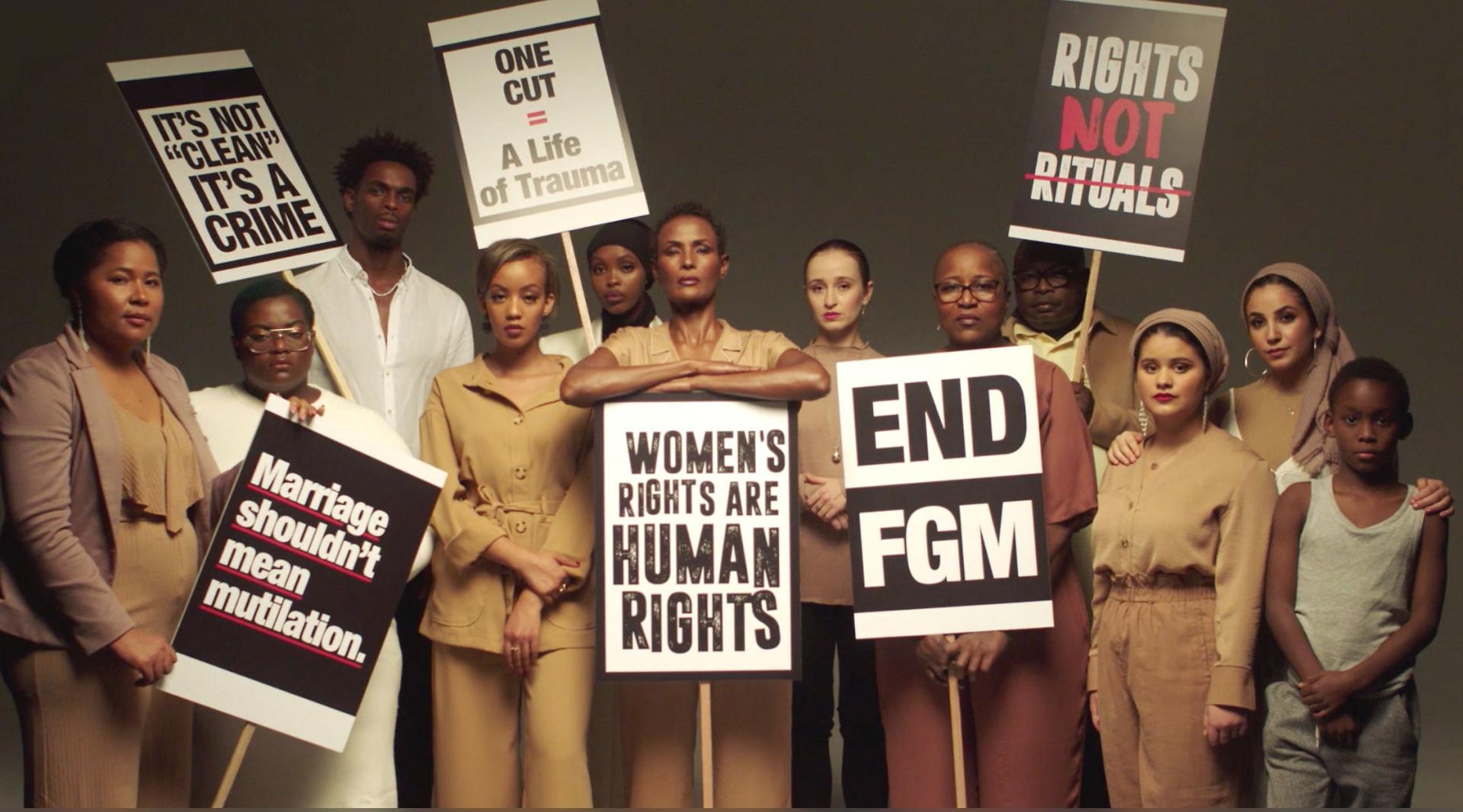 At Eco-Age, we aim to bring the big conversations to the forefront of our drive for positive change. In partnership with The Circle, the NGO launched by Annie Lennox to champion women’s rights globally and promote Global Feminism, our new Difficult Conversations series will investigate the facts and figures of some of the most difficult global topics affecting women worldwide and, critically, highlight how you can get involved with driving change. In today’s focus, Rebecca Newman investigates the facts about Female Genital Mutilation and how you can join the fight against it.

Somali born Waris Dirie was five years old when her mother laid her out on a flat rock in the desert and tied a scarf around her eyes. She had just the time to see a gypsy woman flourish a razor blade, before her world went black and she was subject to Female Genital Mutilation. Following the same procedure, her sister bled to death. Now Dirie is one of a group of dedicated campaigners coming together across the world in a bid to end FGM. “It’s a human rights violation,” she tells me. “A crime not just against women, but against humanity.”

The first step in this campaign, says Dirie, is spreading awareness of FGM: “We have to educate people,” she says. “When I started to speak there was only silence [on the subject]. More and more of us are now fighting – and if we come together, we can end it.”

To this end, some facts.

Globally more than 200 million girls and women are affected by FGM, and a further 3 million are at risk each year (some 8,000 girls each day). The practise has been documented in 30 countries across the world, mainly in Africa, as well as in the Middle East, Asia and Europe. In the UK, for example, 170,000 women have been affected; in London it is estimated that 21 women in every 1,000 have been cut.

What exactly is FGM?

Essentially the cutting of, and sometimes the removal of, external female genitalia. It can include slicing off the clitoris and inner and outer labia, and sometimes ‘infibulation’ where the remaining flesh is sewn shut, leaving a tiny hole for urine and menstrual blood. Dirie, for example, was left with a hole so small she could only pee a drop at a time; the pressure caused by the build up of blood during her periods was such agony she would pass out.

“FGM is often seen as a family duty – and considered a way of controlling a woman’s sexuality,” says Dr Charlotte Proudman, a human rights barrister with a doctorate in FGM law and policy. “A woman who has been a subject of FGM will be a virgin until she marries, and then will be more likely to be faithful.” That woman may also likely suffer PTSD and a lifetime of pain that is both mental and physical; she will bear the risk of infertility, and even of death.

The good news is that in some parts of Africa FGM rates have fallen steeply over the last twenty years: a study published in the British Medical Journal found that in East Africa the previous figures of 71% of girls under 14 years old being cut, had dropped to 8%. (NB it is important to contrast this with Sierra Leone, for example, where nine out of ten girls are victims).

What is perhaps especially surprising is how poorly the UK has responded to FGM. Despite it being a criminal offence since 1985, and some 5,000 girls being at risk each year, the first conviction was only this year – when a Ugandan mother was sentenced to jail for her involvement of the cutting of her three-year-old daughter. “It’s shocking,” continues Proudman. “To date the practise has been performed underground with impunity.” And for gruesome context, the summer holidays mark the start of ‘cutting season’.

To find out more, or work with the various leading charities, look at the National FGM centre, The Daughters of Eve, 28 Too Many, or Dirie’s Desert Flower Foundation.

Finally, Dirie launched a new initiative to try to raise 10 million signatures to present to the UN. The time is ripe, she says. “I need to bring the petition to the UN and say the world is ready to stand against this.”

All That Glitters Is Not Gold
A Spotlight on Luminary Bakery
Diesel’s Andrea Rosso: “To Use Waste is One of the Most Beautiful Things You Can Do”
Life as I Know It: Sarah and Lauren Murrell