A Conservationist’s Take on the Netflix Tiger King Documentary

The Tiger King documentary may have divided the world, but what about the underlying issues behind Joe Exotic’s occupation? Conservationist and model Rose Ellis discusses whether the popular Netflix series is all sensationalised storytelling, or whether it can help spread a message about the issues of holding big cats in captivity.

Netflix’s Tiger King has been taking over the memes on my social media lately, and I can see why. There is no doubt that the sensationalised characters in the show sure make entertaining television and it’s an insight into a world that not many of us have ever seen. But there is a dark message about decimated wild tiger populations that is overshadowed for most of the series by ‘murder, mayhem and madness’. According to the WWF, there are just 3,890 tigers left in the wild. There are estimated to be between 5,000 and 10,000 captive tigers in the US alone. There are more tigers in captivity in the US than there are in the wild.

Of all the big cats, tigers, originally from Asia, are sadly nearest to extinction. The hybrids, which you see on screen, of lions and tigers create ligers (male lion and female tiger), which grow to up to ten feet tall when standing on their back legs, and tigons (female lion and male tiger). Ligers and Tigons do not exist in the wild. These crossbreeds are more likely to suffer with genetic disorders and problems such as blindness or organ failure. Despite this, their cute factor combined with the fact ligers grow so large, attracts a lot of attention – giant walking goldmines. 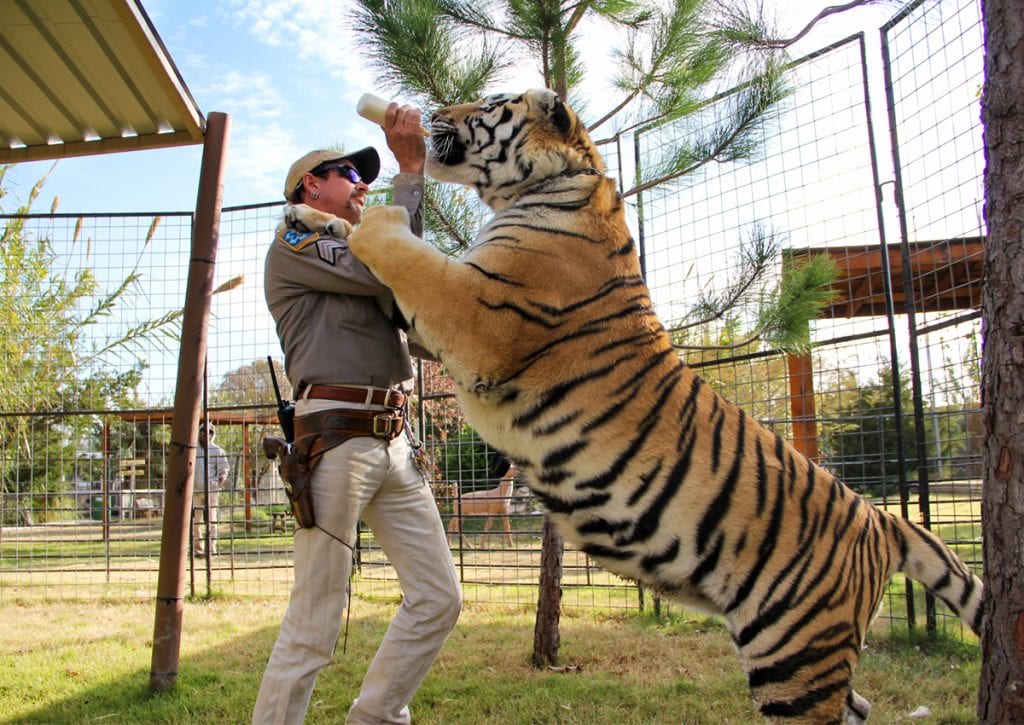 One of the claims that the featured big cat owners make is that they are keeping these animals for conservation purposes. However, these cats are not intended for reintroduction or part of a breeding plan. The interbreeding between subspecies means they are not genetically contributing to any recognised species either. Being born to commercial breeders for a life in captivity means that they do not have the skills to survive the wild, meaning it is impossible that these cats contribute to conservation efforts. Unfortunately, they are purely ego-feeding and money-making.

One shocking scene showed a snow leopard in the back of a man’s sunbaked van The man said that he had only just acquired it and seemed to brag it was more rare than a cloud leopard. It poses the question – why are these species that are considered vulnerable on the International Union for Conservation of Nature’s (IUCN) Red List kept in captivity by private owners and treated like that?

The driving force to own a big cat, or any exotic pet for that matter, may seem strange. But how many of us have posed for a photo with a big cat? How many have one of these selfies on our Instagram or Tinder profiles? Something Joe Exotic realised when he started to use this as his new surname – there is a fascination with exotic. These roadside zoos or petting places attract thousands of people who either don’t know any better, or frankly, don’t care. Exploiting these cats comes with huge financial rewards. Each tiger cub can turnover up to $689 per person through petting and photos. Big business. 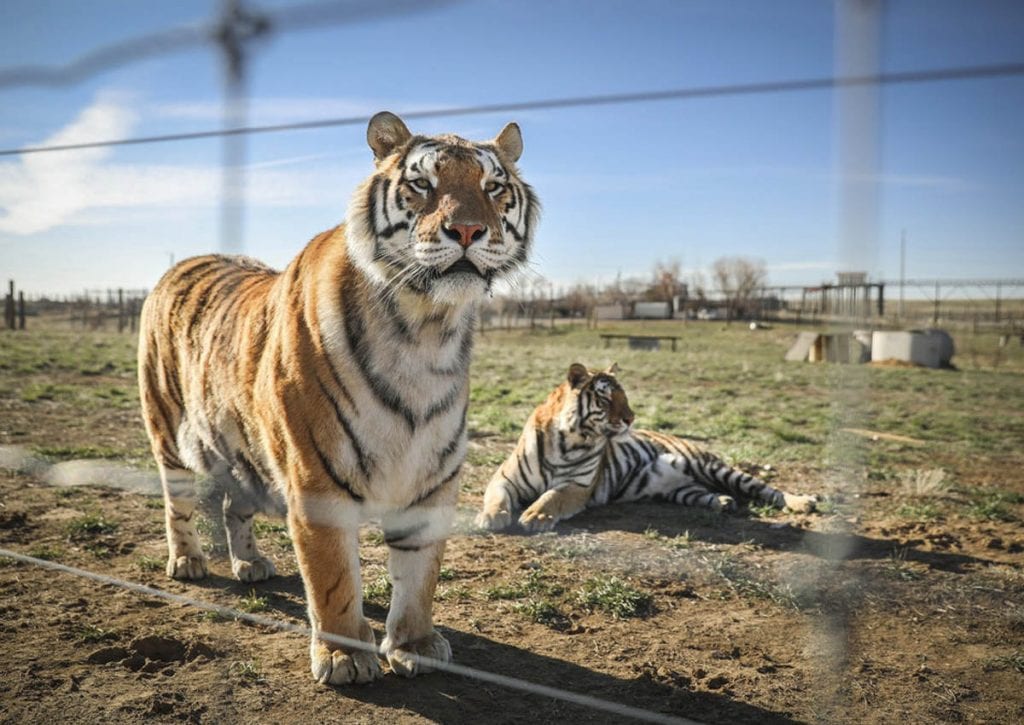 But big cat kittens quite quickly live up to their name and get big. Once these cubs reach 12 weeks they are too big and dangerous for the public and are either sold or euthanized. The Endangered Species Act and the Convention On International Trade In Endangered Species Of Wild Flora and Fauna dictate that it is illegal to import and trade big cats between states in the US. But it is still legal to keep them as pets, sourcing them from a breeder within your state. Some states require a USDA license, some don’t. The differing rules in each state of the US leave it open to illegal selling and buying being done under false pretenses. This creates a demand and is a driver for the illegal trade. For many species, the illegal wildlife trade is the biggest driver of extinction.

The Convention on International Trade in Endangered Species (CITES) is a treaty formed of 183 countries globally, including the US. CITES banned trading of tiger parts and derivatives in 2007. However, the US is one of the seven countries that are linked to captive-bred tiger trafficking and are being investigated. Tiger parts are often used for Chinese traditional medicines and breeding tigers in captivity drives further demand.

But we don’t hear about any of this in the Netflix series. Aside from the big ‘Who-Dun-It’ that circulates around Carol Baskin’s missing and declared dead ex-husband, is probably one of the many reasons that Baskin’s sanctuary reacted on Instagram to the series how it did. Big Cat Rescue stated that the Tiger King’s “sensationalism is extremely disappointing”. Sanctuaries, such as this one, do not breed any animals and do not allow any contact between the cats and the public. They are distinctly different to the likes of Joe Exotic or Bhagavan ’Doc’ Antle’s zoos. 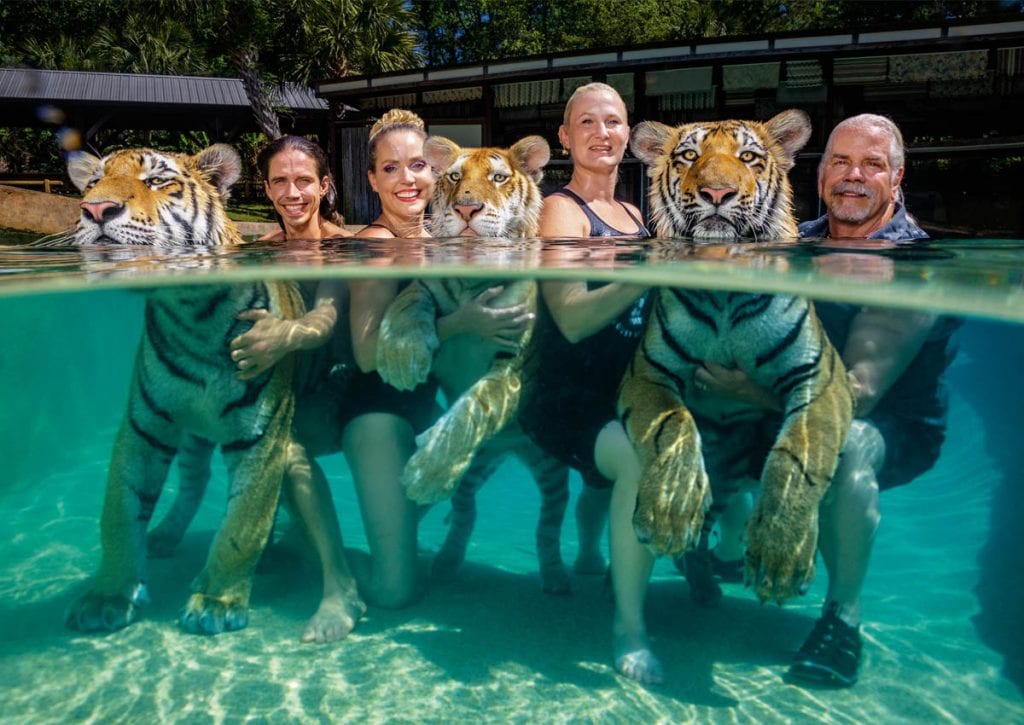 The Tiger King series, reminds me a lot of an old school circus with animals being forced to jump through fire – we may be amazed but fundamentally it is cruel. We leave feeling entertained but also confused. How is that allowed?

The Big Cat Public Safety Act is a bill currently being put to Congress. If passed it will prohibit owning a big cat as a pet, trading them and for regulated exhibits to allow contact between the public and big cats – no cub petting. To keep the big cats and public safe, this act needs to be passed. The true victims on Tiger King are the big cats, the Kings of the jungle: held captive.

Learn more about the illegal wildlife trade, and how we can put an end to it together.

Discover how to tell the difference between ethical and non-ethical animal attractions when travelling.

Read our interview with film and documentary producer Andrea Walji.

A Spotlight on Luminary Bakery
Beyond ‘Take, Make, Use, Dispose’: How to Design for the Circular Fashion Economy
Choosing To Challenge For International Women's Day 2021
What COP26 Means for LA-C Climate Activists