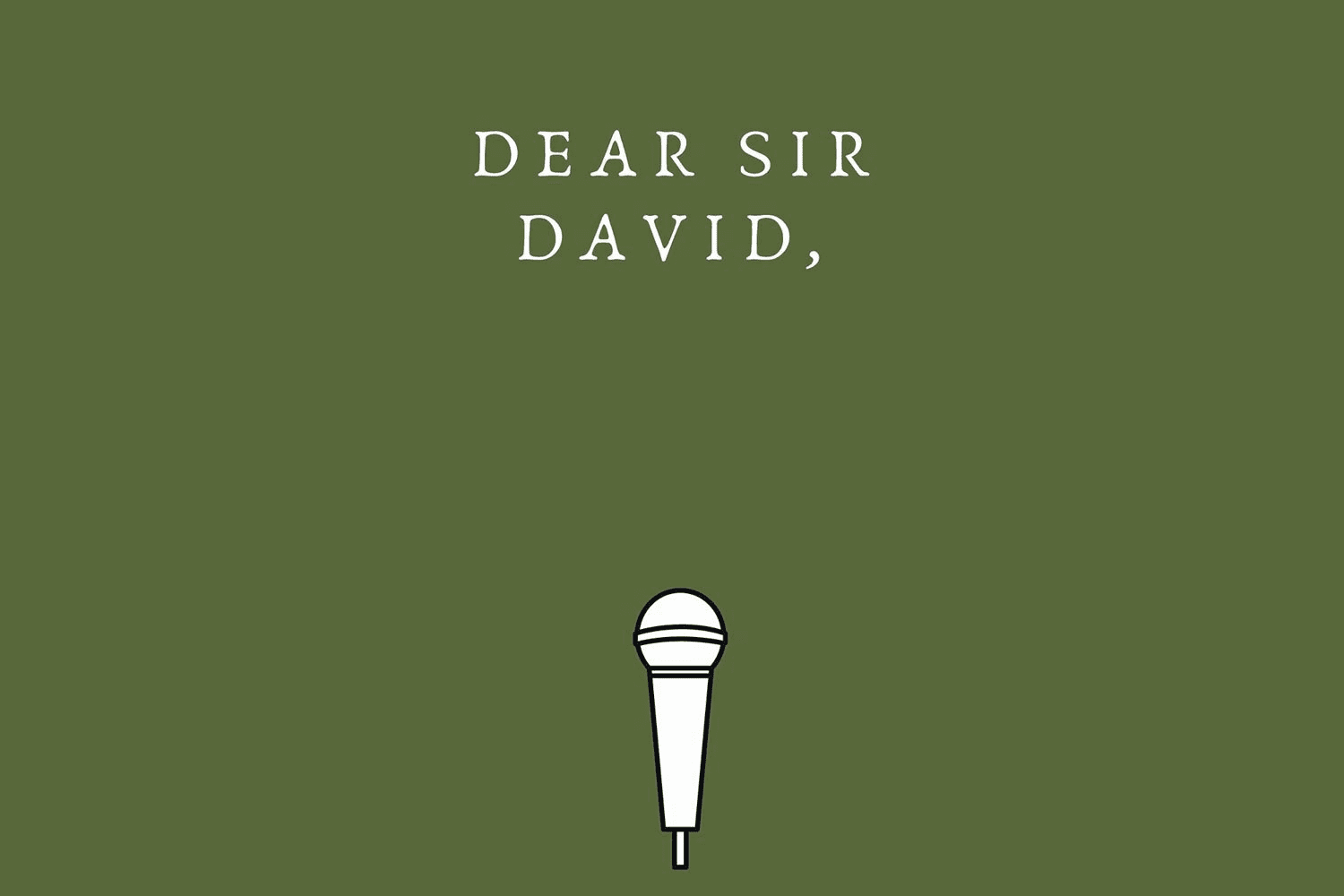 Having amassed more than 6 million followers in under a month, the team behind Sir David Attenborough’s new Instagram account announced that they would not be posting on the social media platform anymore. Here, intersectional climate activist and presenter of the Bad Activist podcast Tori Tsui pens a powerful letter to Sir David, campaigning for the mic to now be passed to other environmental defenders, and for this huge platform to be utilised to amplify the voices of Black, Indigenous and People of Colour who have been on the frontlines of the fight for our planet:

Thank you for all that you have done for our natural world but it’s time to #PassTheMic.

Like millions of others you have inspired me from a young age to celebrate and advocate for our Earth and its inhabitants. A world which currently hangs in the balance and whose future seems so precarious and unpredictable during this time. I can’t imagine the weight of the world you must have on your shoulders as an ambassador for our planet and the environment. And you, more than most, can attest to the fragility and wonder of the world having worked in natural history for longer than I have been around. Your legacy inspires so many including myself, who even studied conservation and natural history in the hopes of pursuing a similar path.

But with that legacy we must understand that the load is not yours to bear. The platform you have created is exactly why it is so important to spotlight those who will be bearing the brunt of the world’s sixth mass extinction and climate crisis. I am asking you, and others of influence, to please #PassTheMic to environmental defenders who have been on the frontlines and activists around the world campaigning for the natural world that you have created your legacy on.

Saving our planet is a communications challenge. If enough people want change and take action, a sustainable future is within our grasp. We wanted to share our view on how this might be achieved and have been encouraged by the huge amount of ideas and passion shared with us here. This might be a wrap for this account – we won't be posting anything else, though the account will stay open for you to watch David's messages – but we hope it's a springboard for many others to build on and share the ways we might create a sustainable future. In this future, our air would be cleaner, energy more affordable, food healthier and the wild would return on land and in the seas. What part of this future inspires you most?

I was disheartened to learn that you and your team decided to retire your Instagram account of over 6 million followers, not long after your film ‘A Life on Our Planet’ was released. Instagram and the social media world are an oddity to so many. Seemingly fickle, arbitrary but yet so powerful. Social media is a tool for change and mobilisation. I have seen this firsthand having worked on campaigns that advocate for the world’s most marginalised people and areas (MAPA). Social media is a platform for so many who don’t have the luxuries and privileges of having their voices amplified as and when they desire. There is a clear power divide and it’s something that I believe is deeply unjust.

For so many indigenous people and people of colour, social media is an outlet to share their stories, raise awareness about threats and connect with so many others who share the same messages of hope and change. With 6 million engaged followers at your finger tips, it only makes sense to keep the momentum going.

At this point, all that’s really needed is to loan the space to those who share your messages. To amplify the voices of those who have lived in the shadows but who so deeply deserve the spotlight. Because a legacy is truly immortal when others are allowed to continue the work.

Earlier this year I travelled to the Sierra Nevada of Colombia and had the opportunity to stay with my friends’ indigenous community. The Arhuacos of the Sierra Nevada, much like other indigenous communities, have been living in tandem with the land for generations. It’s no surprise therefore, that when environmentalists of the global north talk about the importance of respecting our natural world, many of these messages have been said and embodied by indigenous people, long before the climate crisis became an issue of the global north. Indigenous people are the true guardians of this planet and sadly they will be some of the most affected communities by the climate crisis.

Similarly, I had the absolute privilege of helping facilitate a project called Sail For Climate Action (now Unite For Climate Action), which aimed to take 20 Latin American, Caribbean and Indigenous youth to the UN Climate Conference SB52 in Bonn, Germany. The purpose was plain and simple: to amplify the voices of LAC youth across the Atlantic in spaces where they are so rarely heard; to tell their stories and to advocate for a more inclusive movement. Inclusivity is of utmost importance and sadly it is far from where it should be.

Time and time again we see the media capitalising on a handful of individuals, touting them to be the beacons of hope for our future. People who may not have necessarily asked for said attention, people who may not experience the absolute worst of the climate crisis, and people who only see the crisis from a eurocentric perspective. By all means I appreciate the work of pioneers such as yourself, but I also believe that when power is shared, this movement can mobilise in a way that I could only dream of. As such, I believe sharing the mic is the right thing to do. For it is many people of colour and those from the global south who have caused the least amount of harm but will be hit hardest by the crisis. There are so many marginalised people who deserve to be heard and who have the insights and wisdom to inspire real change.

We have the power to change the world for the better. That's the message we and David wanted to share on Instagram. This account will come to its end very soon. Our aim has been to inspire people to create change to save our planet and ourselves. All it takes is our imagination and the will. What kind of future can you imagine and how will we make it happen? A Life On Our Planet film is produced by @silverback_films and @wwf_uk

So how can Instagram really help? I believe that passing the mic creates a culture of community and fosters a collective where we realise that the climate crisis is not a load for a few individuals to bear. It creates a world where people can have their voices and stories heard and can facilitate conversations where many of us in the global north realise we have caused harm and can suitably be held accountable. It allows us to tackle the climate crisis at its core; its roots in colonial history and the advent of neoliberal capitalism. It centres people of colour and indigenous folks whose voices have been silenced for far too long. As after all, the statement “we have overrun the natural world” implores us to ask, who is “we”? How can we shift conversations to tackle this injustice at its root? This is a legacy I am hoping you are willing to get behind.

As 2020 is coming to a close, I feel a great sense of bewilderment, fear and uncertainty about the years ahead. The past year alone is enough to attest to an uncertain future but the climate crisis and all that I know about it is something that will undoubtedly determine the rest of my life. And it is upon thinking about my life that I always ask “but what about the lives of others?”. With what privilege I have, I always feel a great sense of duty to advocate for those who have done so much for our planet. Because what use is power and campaigning if not to advocate for the world’s most marginalised?

I hope that you and many other figures of influence can understand why now more than ever before is it important to #PassTheMic.

Read and sign the open letter to Sir David Attenborough through Fridays For Future.

More Or Less: Jaime Perlman on a New Kind of Fashion Magazine
The Duchess Of Sussex On Global Feminism
Wardrobe Crisis Podcast: Clare Press Meets Katharine Hamnett
From The Frontline Of The Global Climate Strikes