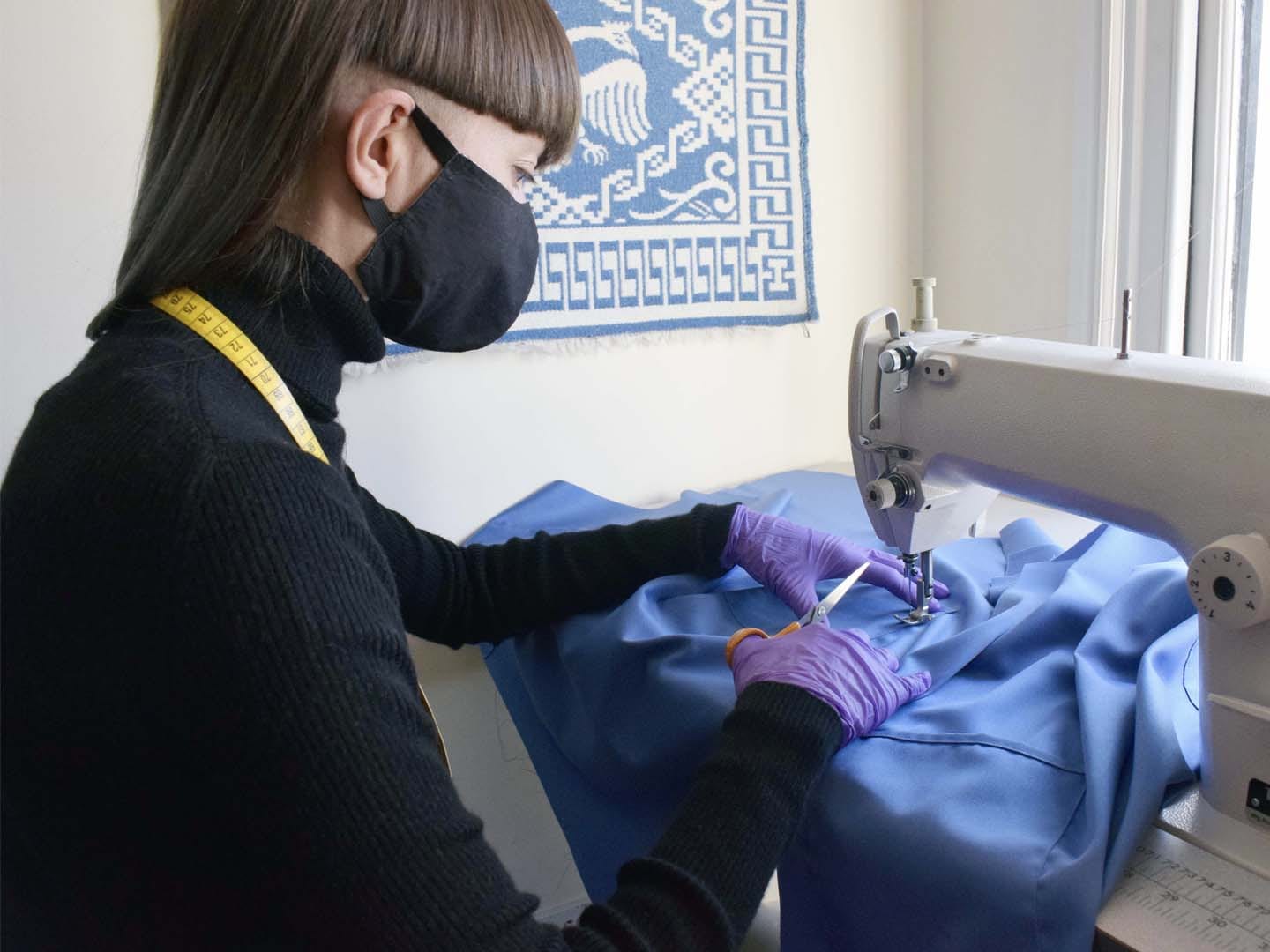 Meet The Emergency Designer Network: A Collective of Fashion Creatives Supporting the NHS

As we mark week ten of lockdown with the final Clap for Our Carers, Rosanna Falconer catches up with the Emergency Designer Network’s Bethany Williams, Holly Fulton, Phoebe English and Cozette McCreery to understand why this spirit of collaboration must extend long beyond the pandemic.

Collaboration is not a term traditionally associated with the closed-doors and competitive nature of fashion. However, it is integral to any crisis, whether that is the climate or the pandemic. The sharing of ideas is essential in the face of adversity; secrecy and egos will only delay crucial work. This was the impetus behind the Emergency Designer Network, a true example of cross-industry collaboration.

When the COVID-19 pandemic hit the UK, London-based designers Bethany Williams, Holly Fulton and Phoebe English, recognised they could do something to help. Alongside Cozette McCreery, they formed the Emergency Designer Network, a volunteer-led enterprise that has been galvanising local production to make key garments for the NHS. Together, these four pioneers joined me and my FashMash co-founder, Rachel Arthur, for the first virtual edition of our monthly speaker series. It became apparent within the group’s opening words that this was a foursome for whom sharing of ideas is second nature. 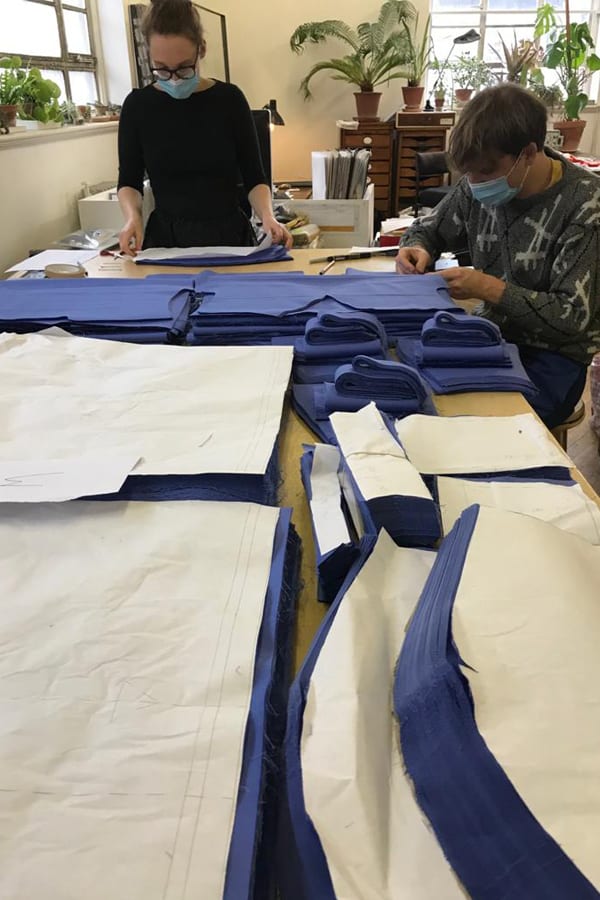 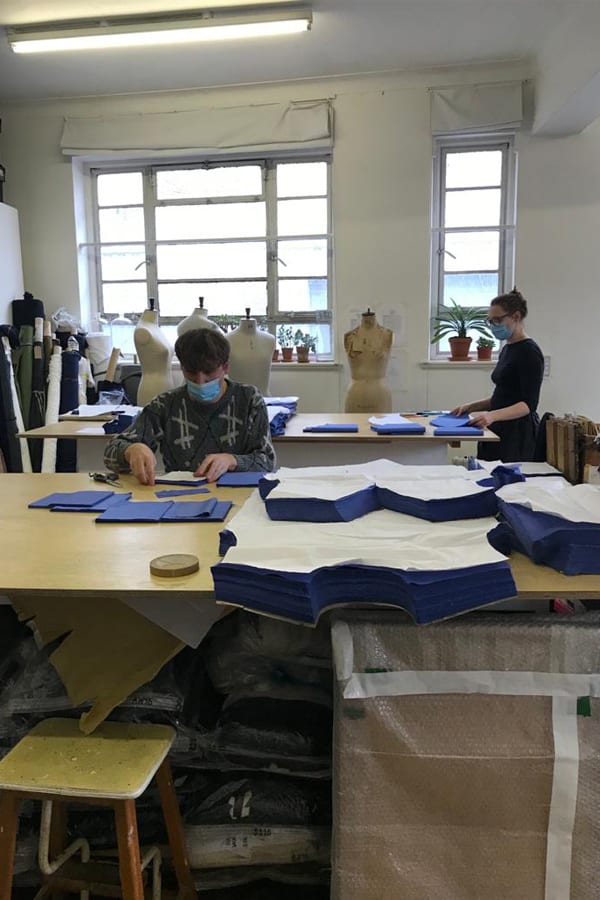 Images: The Emergency Designer Network’s Phoebe English in her studio

Collaboration is the red thread through each of the designers’ pre-pandemic careers. To cite just a few examples: Bethany won the Queen Elizabeth II Award last year, an honour recognising community values and sustainable practice. Holly spoke about the partnerships that she works on with her namesake brand, while Cozette became known in the industry through her maverick, much-loved knitwear brand, Sibling, co-founded and run with Sid Bryan and Joe Bates. Finally, Phoebe, who founded her label in 2011, is determined to share her sustainability contacts and knowledge industry-wide, founding the renowned WhatsApp group, ‘Fashion On Earth’, which shares everything from supplier contacts to current debate between designers, press and industry leaders. Another takeaway which encapsulates this group, and all of our lives in lockdown: Bethany and Holly have never actually met in real life! Yet the group rapport and dynamism made the webinar as inspiring as it was insightful.

Over the past months, the four designers have come together to create a framework of positivity; demonstrating the power of friendship and collaboration within the industry. Originally, the team planned to work with 10 designers, but they now have over 150 coming together and have created 6,700 (and counting!) sets of scrubs.

“One thing that we had as a real sort of mission statement from start was that we wanted this to be a completely inclusive setup,” commented Holly. “It didn’t matter if someone could make 20 sets of scrubs or 2000 sets of scrubs, there was still a position for them in the framework that we were creating, because as much as it’s addressing a fundamentally urgent need within the NHS, it’s also about generating positivity within our industry at a time where fashion is going to be quite profoundly affected by the current financial situation and the longer term landscape is going to be different.” 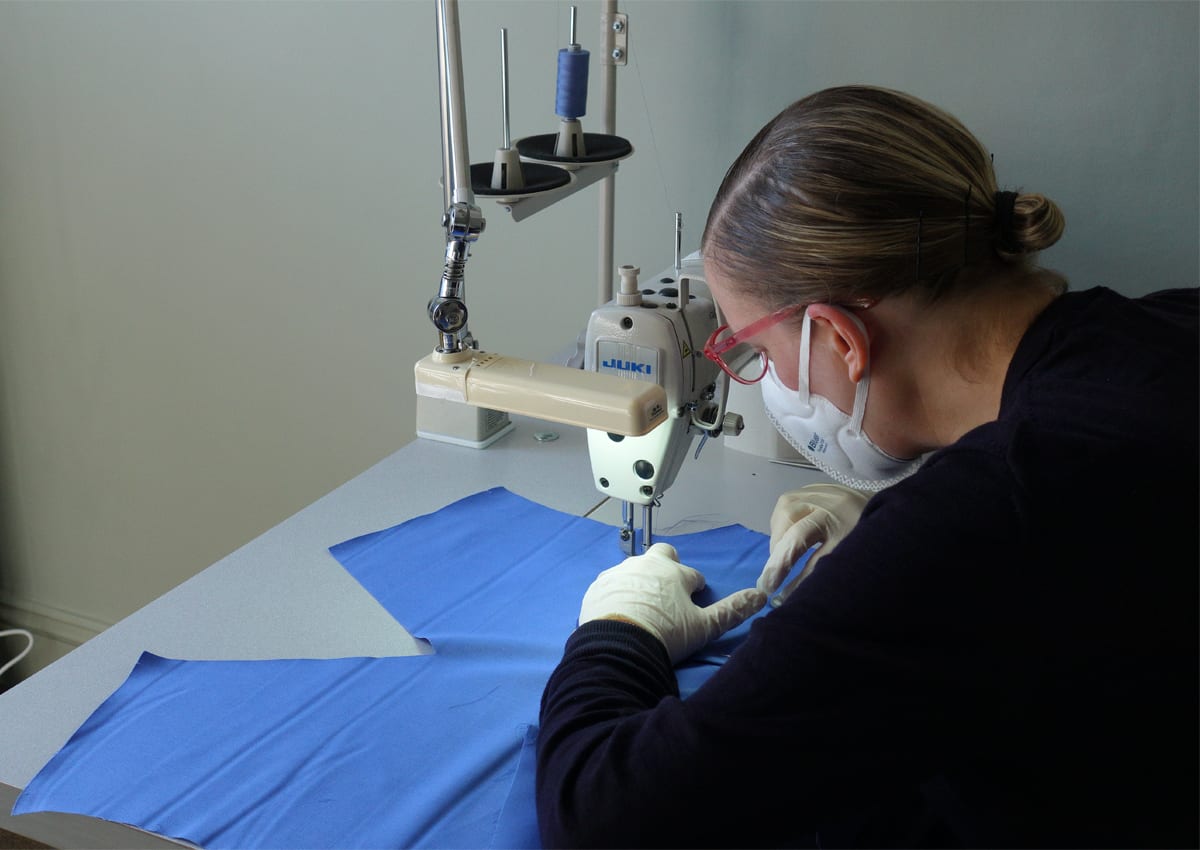 There is no doubt that change is on the horizon, and the current crisis will be an opportunity to rethink existing ways of working. Phoebe elaborated on this, noting that “the industry has been ripe for change for a very long time. I think the pandemic will be a catalyst for this; whether it will be the level of change we need, I don’t know, but I really hope it is.”

She explained that these last months have demonstrated less wasteful and damaging ways of designing. “We don’t necessarily have to be damaging things in order to make, use and enjoy fashion; you could actually be doing it in a different way. This does give the industry an opportunity to disinherit some of the practices that it was perpetuating, which potentially aren’t relevant or working for the people or the environment that we live in.”

Meanwhile, Cozette emphasised how design and manufacturing has not been prioritised by successive governments, letting the UK manufacturing industry fall to the wayside. She mentioned how many of the factories she has visited have an average workforce in their 60s, and how she now hopes that the younger generations that have worked as part of EDN will cause a regeneration in this industry. Finally, she looks to politics: “We must question the government’s constant funding reductions for fashion and art schools. It has become very apparent that you need people who know how to make a garment. I’m hoping arts and fashion will be taken more seriously.”

Bethany agreed, mentioning that they industry has been craving a moment’s pause and now is the time to watch how businesses re-enter the market. But will this positive progress integrate into their business models moving forward? 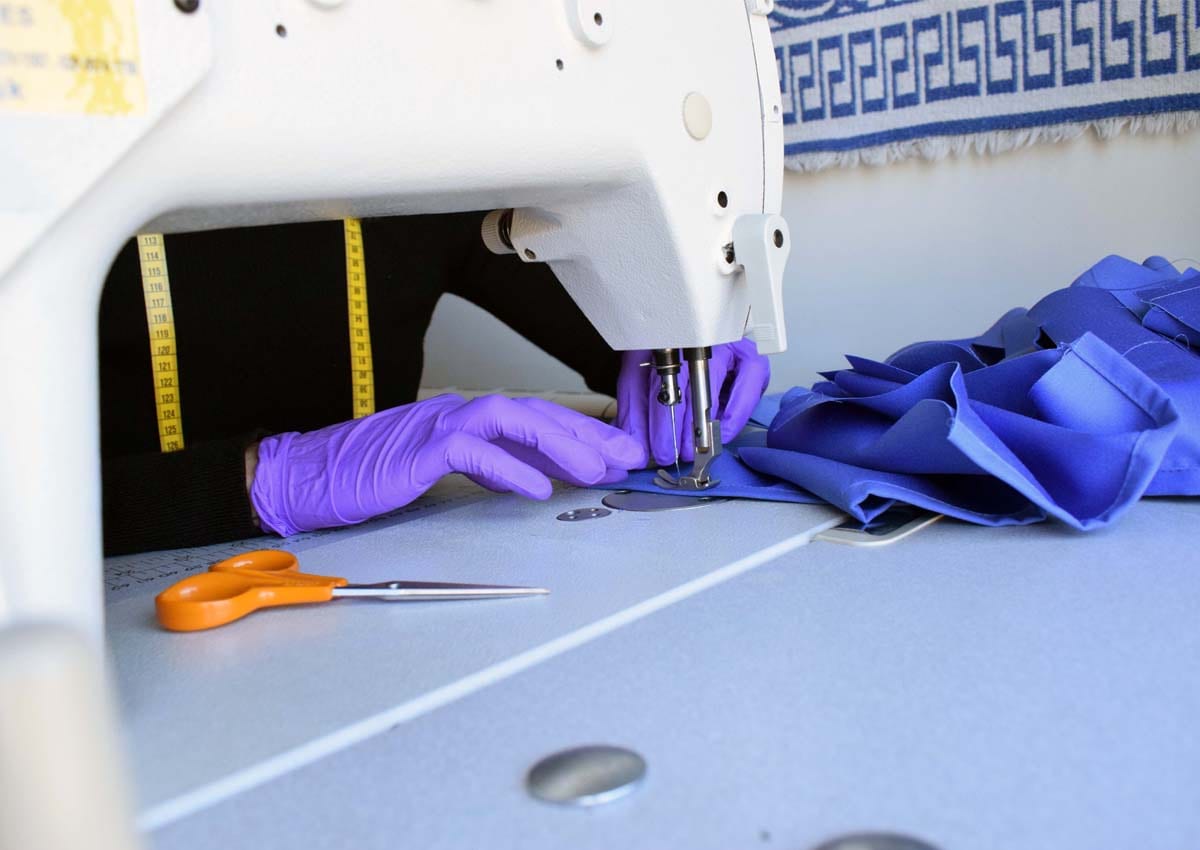 The four designers hope to create something longer term that’s a positive move for fashion creatives in the UK. Their overarching wish is for more cross-industry collaboration: freely discussed recommendations, shared knowledge, widespread action and a sense of community. This is especially important in sustainability and must be continued long after COVID-19. Holly commented how the initiative has established bonds between designers, “helping their interaction with each other and creating a larger network that we could hopefully continue outside of COVID-19.”

The first part of the EDN legacy is their database to be used in the future. “We have collated a lot of information and contacts, everyone’s network has expanded tenfold,” she continues. Then, it’s about finding and researching reusable solutions for PPE, creating a more sustainable long-term solution. Moments before the webinar, they had confirmation that they had managed to create a sample of a heat-sealed reusable gown, which could be washed up to ten times. It will be trialled at the Royal Free Hospital next week.

Tickets to the webinar were free of charge with an optional donation to the network. If you would like to donate, you can do so here. Please give what you can – it costs £6 for the material for each garment.

Our session came to a close in the way we finish all our events; asking all of our pioneers for their hope for the industry. Since the start of FashMash in early 2012, our singular goal has been around a community that can help move the industry forward, and this is a topic that has never been more important than now. The set from these luminaries of industry are both positive and practical; making for an inspiring way to end a poignant conversation.

“This has been a really great moment of pause. For me, it’s a matter of going back but not going back to business as usual.” – Bethany Williams

“I just hope people talk and listen to each other more within the industry. I’d like people to be more aware of the others that they work with; that they are important to something that’s bigger than them.” – Cozette McCreery

“My hope would be that we can continue this amazing collective spirit that we’ve managed to achieve in the EDN and see it filter into more mainstream design and creative arts.” – Holly Fulton

“I believe that business is part of society. I hope that we continue to see more and more businesses taking part and being active within issues that operate beyond their immediate workspace.” – Phoebe English

Read our interview with Not Just A Label on why we must help save a generation of emerging designers.

Find out how designers Maggie Marilyn and Shivam Punjya are staying positive while working from home.