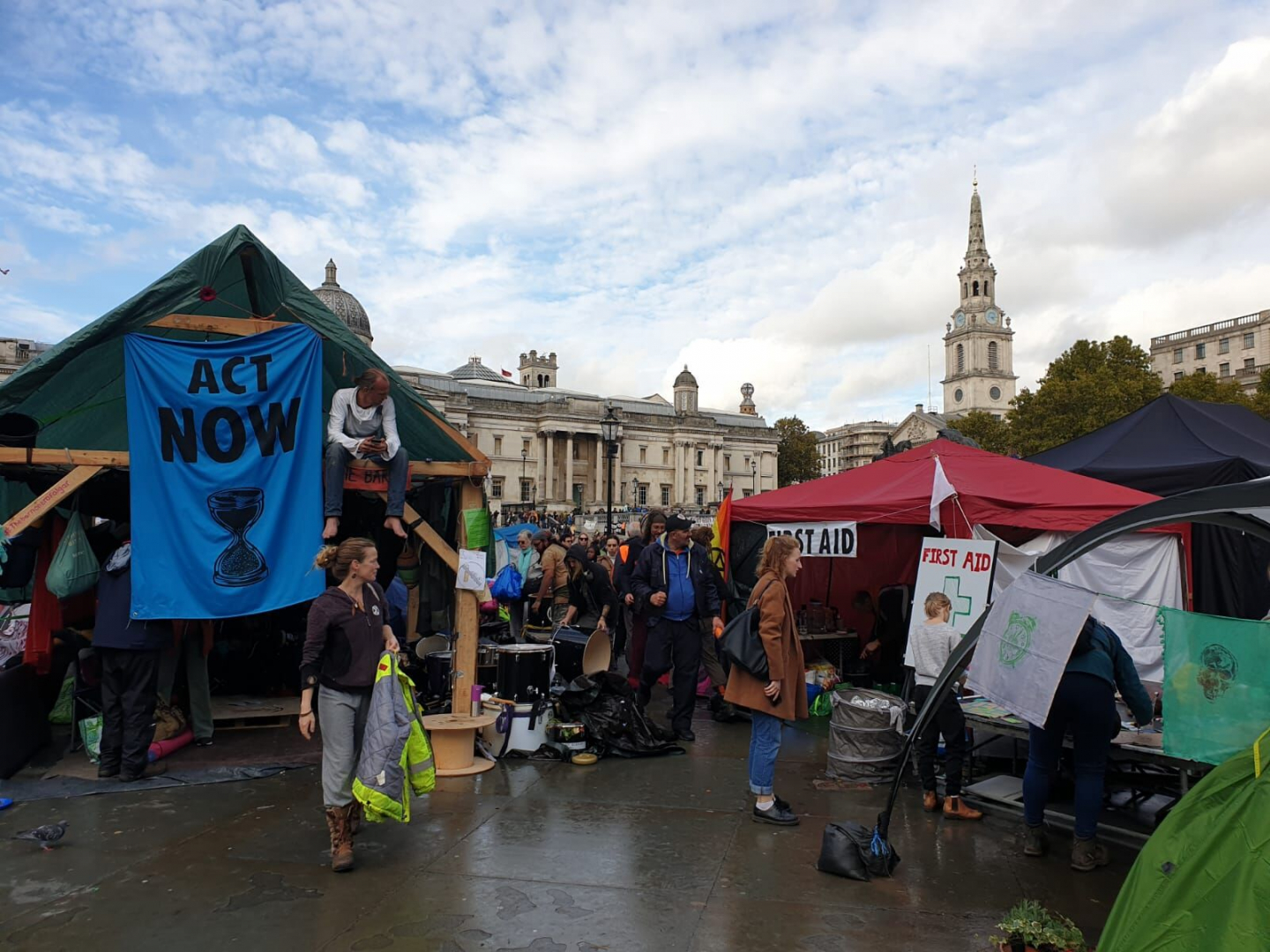 On the 9th day of the International Rebellion, the Metropolitan Police announced a ban on climate protesters causing disruption at 11 sites across London. We visited Trafalgar Square on Sunday and found the atmosphere to be far from threatening.

Since the International Rebellion on October 7th, more than 1,400 people have been willingly arrested in London for taking part in non-violent action to draw attention to the urgency of the climate crisis we now face. Today, the Metropolitan Police are imposing a ban on the protests; anyone participating in the rebellion at the London sites can be arrested for doing so after 9pm tonight.

In a statement issued last night, Extinction Rebellion said: “The Climate and Ecological Emergency isn’t going away and we remain resolute in facing it. We urge the Government and the authorities to join us in doing the same. We cannot do it alone.

“This is bigger than all of us. To rebels, this is a moment to pause and remember why we are here.” 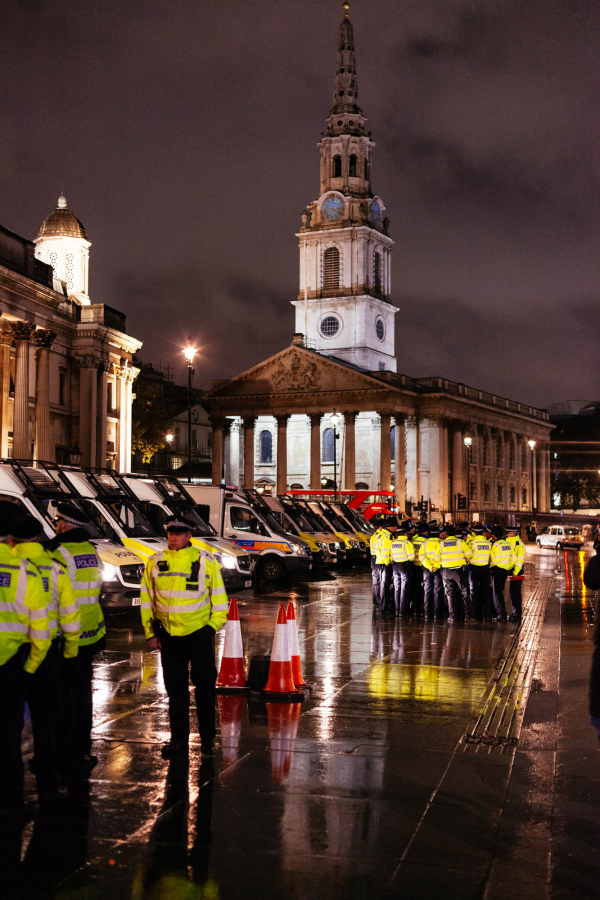 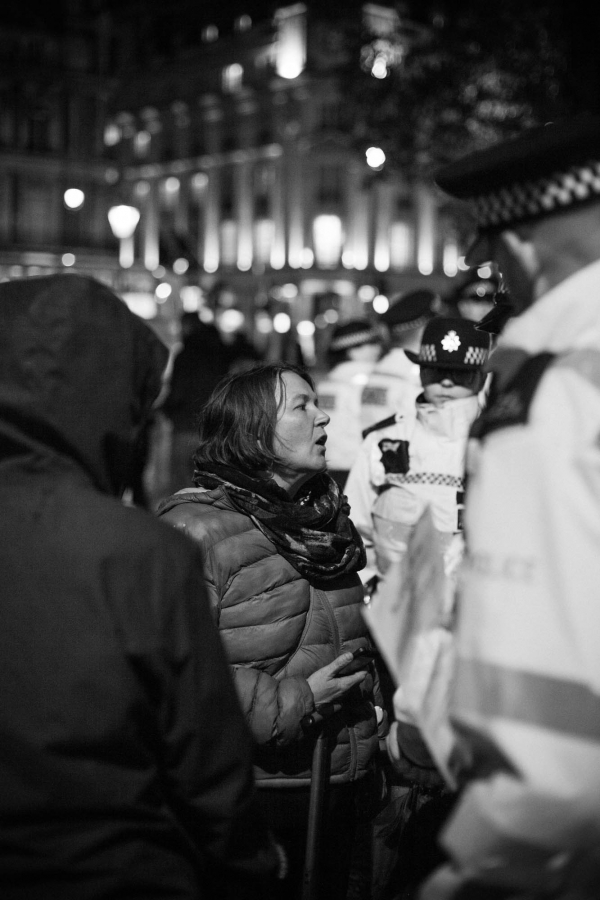 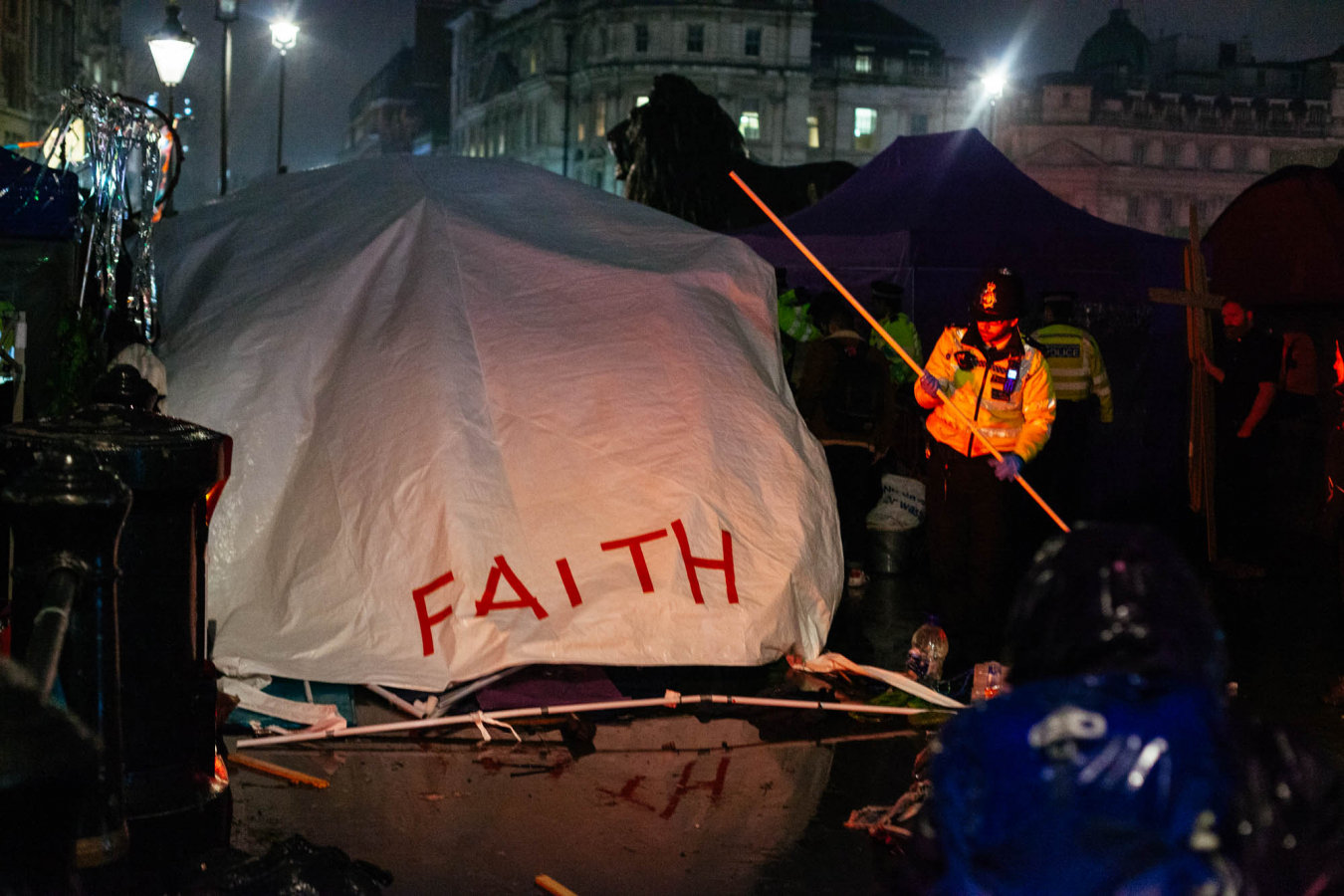 Extinction Rebellion says it will give up the Trafalgar Square site tonight. When our sustainability consultant Fiona went to the site on Sunday, she said the atmosphere was one of “joy and hopefulness. Everyone was very inviting, and happy to talk to anyone who was interested to know more”

Surrounded by tents, flags and signs, Fiona spoke to some of the protesters to find out more about their key messages and incentives for taking part. “I found it educational, inspirational and uplifting. The feeling was one of positivity, and coming together to make meaningful societal change,” she says. 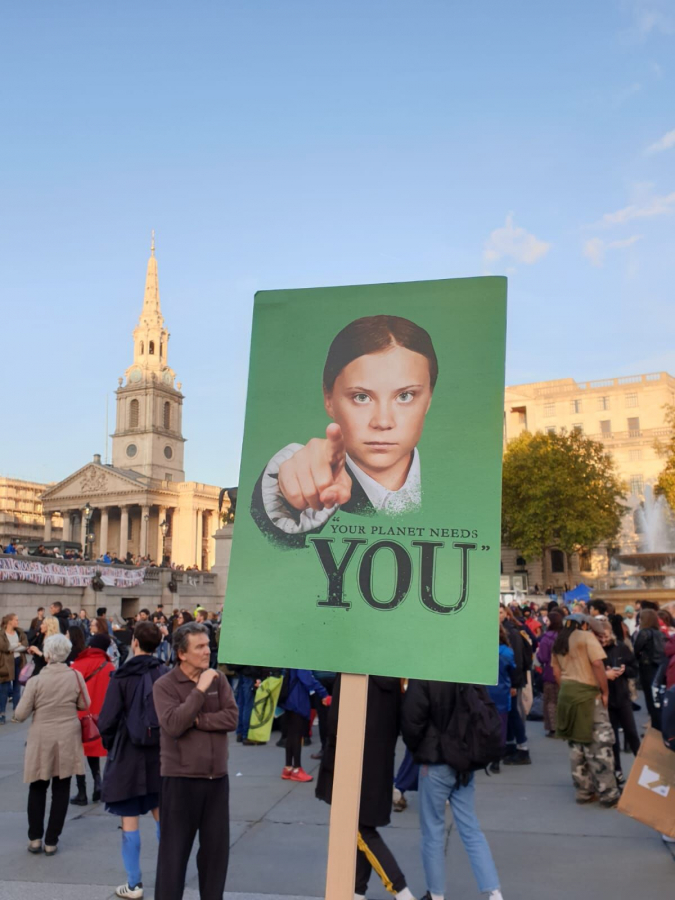 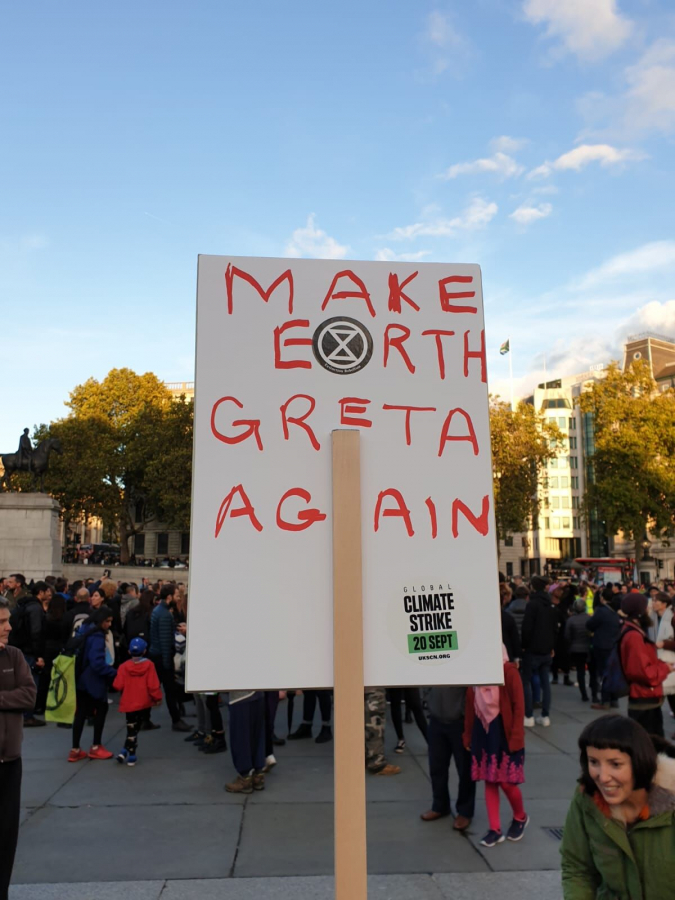 Fiona found out how XR aim to make ecocide an international law; although some countries including the UK have passed legislation to curtail the carbon emissions and detrimental environmental impacts of global businesses, these do not prevent transnational organisations from committing what XR regard as criminal climate activity. Look forward, the group want people to donate a one-off payment of €5 to help fund the lawyers who are drafting the international legislation.

Carla Denyer, a Bristol Green Party Councillor and Green MP candidate for Bristol West, spoke about a proposal she put forward to the Bristol City Council in November last year, calling on the city’s mayor to declare a climate emergency and to bring Bristol’s CO2 emissions target forwards 20 years to 2030. Councillors backed the motion, and Bristol now has ambitious emissions targets that have resulted in radical policy implications. Since then, over 70 other UK local authorities have followed suit by passing similar motions, including the London Assembly.

The now iconic Red Rebel Brigade were also at Trafalgar square; “they are totally silent, performing, almost dancing in a slow and considered manner,” says Fiona, who found the group’s presence incredibly impactful. 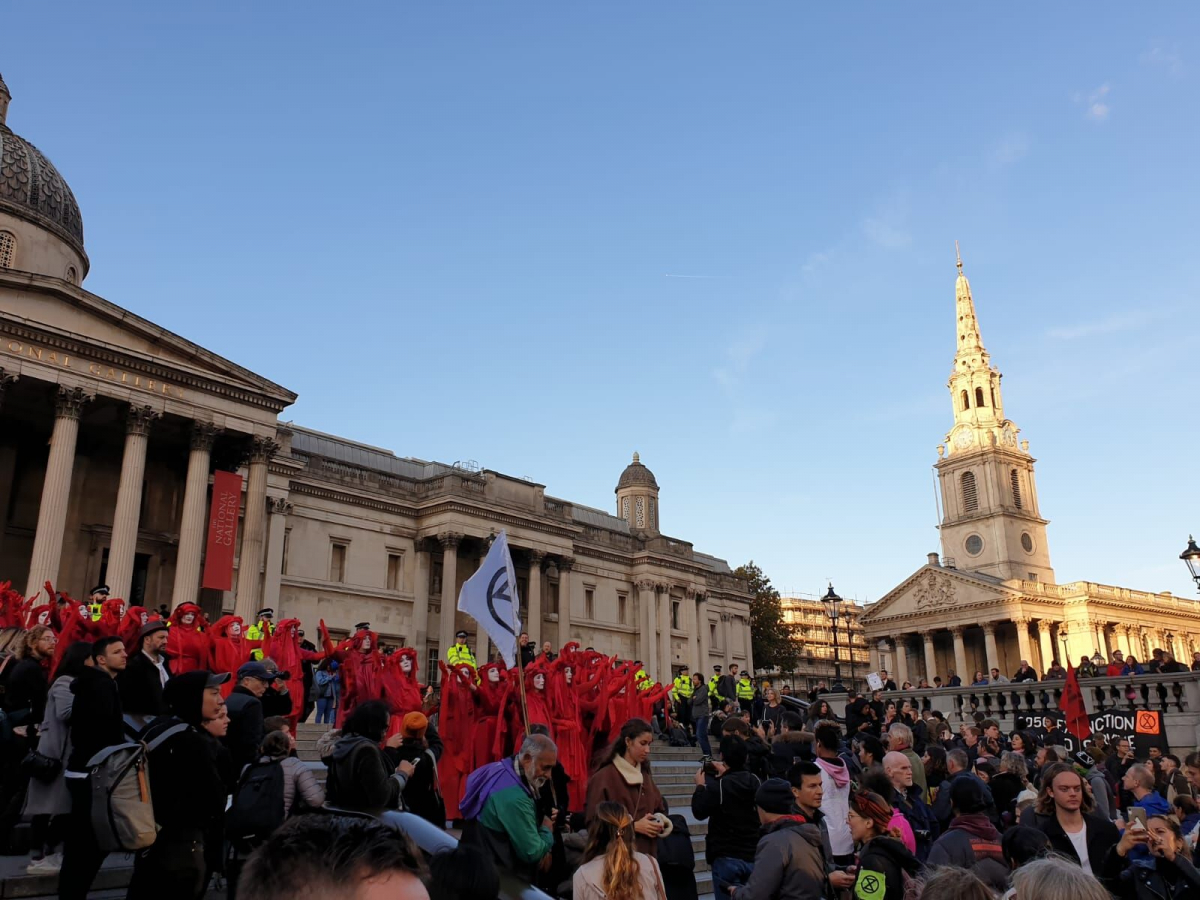 Catch up on what’s been happening at the International Rebellion so far.

Find out how to become a climate activist.