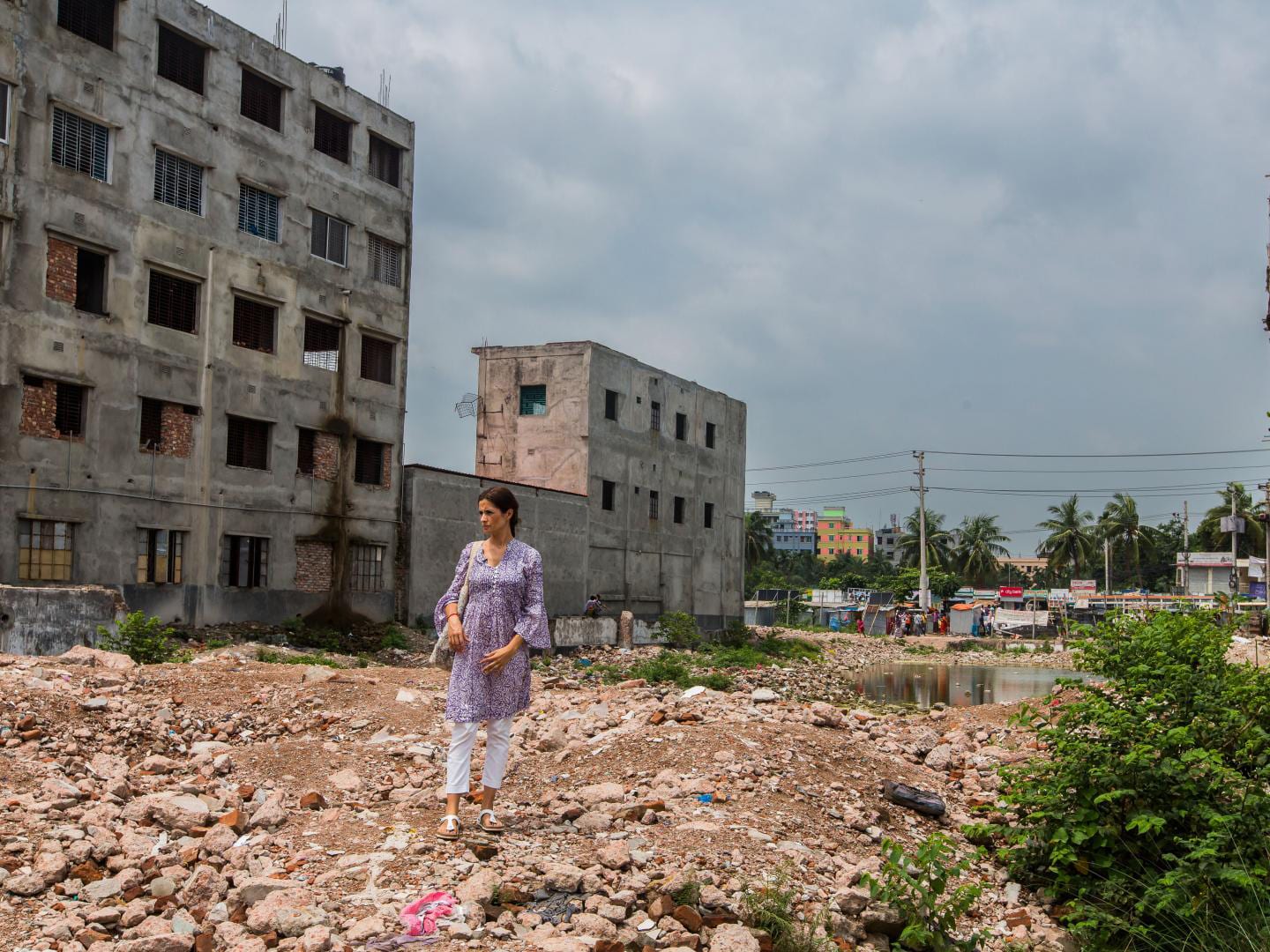 Lucy Siegle and Livia Firth have reunited (virtually, of course) for the launch of the second episode of the new Fashion Critical podcast. Coinciding with the seventh anniversary of the world’s largest ‘industrial accident,’ the collapse of the Rana Plaza complex in Dhaka, Bangladesh, the theme of this episode is ‘Wake Up and Act Now.’

This podcast zeroes in on critical issues that must be acted on now. On the anniversary of the Rana Plaza catastrophe the lives of garment workers again rest in the palm of the hands of fast fashion brands. The new episode features Christie Miedema, campaigns director for the Clean Clothes Campaign leading efforts to get brands to pay up, to teach us how we can support the movement and how best to use our energies. We also hear a direct appeal from Labour Behind the Label (the NGO that works closely with CCCampaign) to our listeners.

Finally Kate Hills from Make It British, an expert in British capacity, spills the beans on the missteps and misunderstandings that have characterised the UK government’s attempts to plug the PPE crisis with homegrown production. Kate Hills makes an impassioned plea for us to reform now and build resilience. It is time to stop being reliant on just-in-time supplies from low wage economies. People are more important than profit.

Listen to the full episode:

Listen in to ‘Fashion in Times of Crisis’: the first episode of the Fashion Critical Podcast.

Learn more about how Lucy Siegle and Livia Firth came together to start the Green Carpet Challenge.