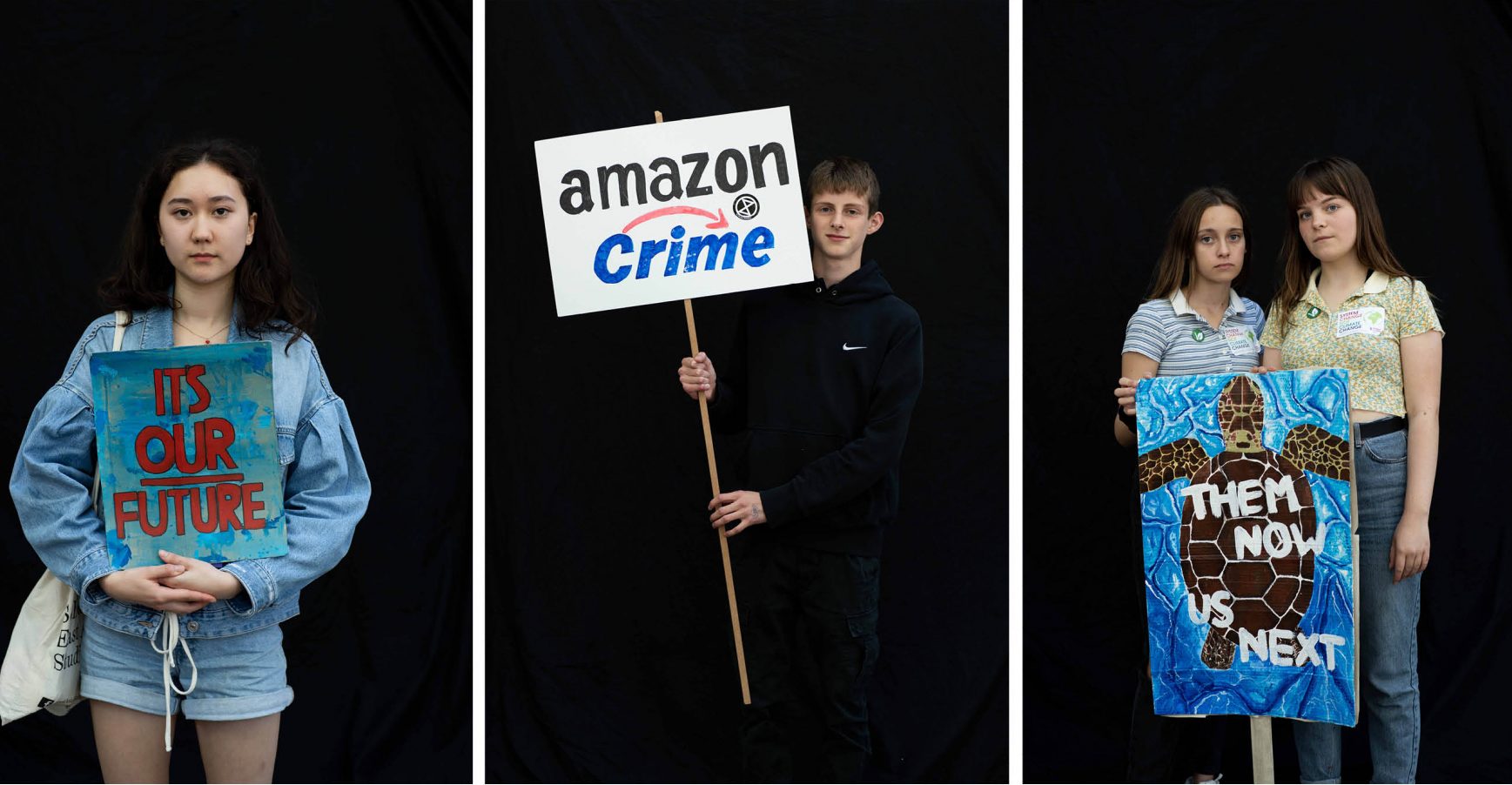 Photojournalist, documentary filmmaker, director and activist Alice Aedy shares a series of photographs captured at the Global Climate Strike on Friday 20th September, and discusses the power of photography.

Sometimes, for a brief moment, an image captures the world’s attention. The tragic photo of three year-old Syrian refugee Alan Kurdi took my breath away. Unfortunately, it did little to genuinely improve the plight of refugees knocking at Europe’s door. Though I didn’t know it when I first time I saw the image, it would go on to change the course of my life.

Seeing the photo drove me to join thousands of young people on volunteering in a refugee camp in Calais known as the ‘Jungle’ and subsequently to a camp on the Greek/Macedonian border – the largest informal refugee camp in Europe since World War II.

Always with a camera around my neck, I began to photograph the families I met whilst volunteering. I had the privilege of being there for extended periods of time; I think the relationships I built allowed me to convey an intimacy in the images that was not so common. My intention became to humanise the people I met. At a time when David Cameron would talk about “swarms of migrants” trying to come to the UK, and the media would use increasingly derogatory language to demonise refugees as ‘economic migrants’. 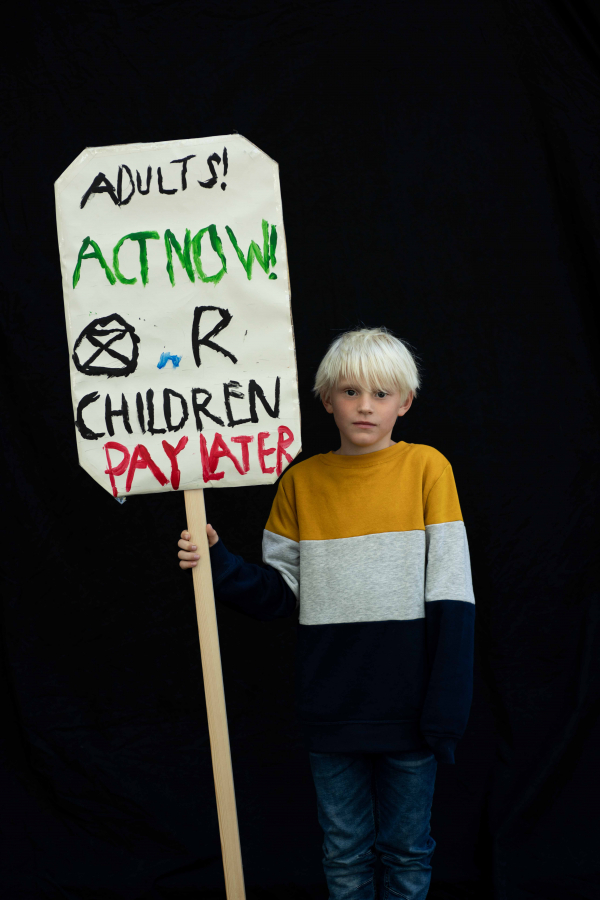 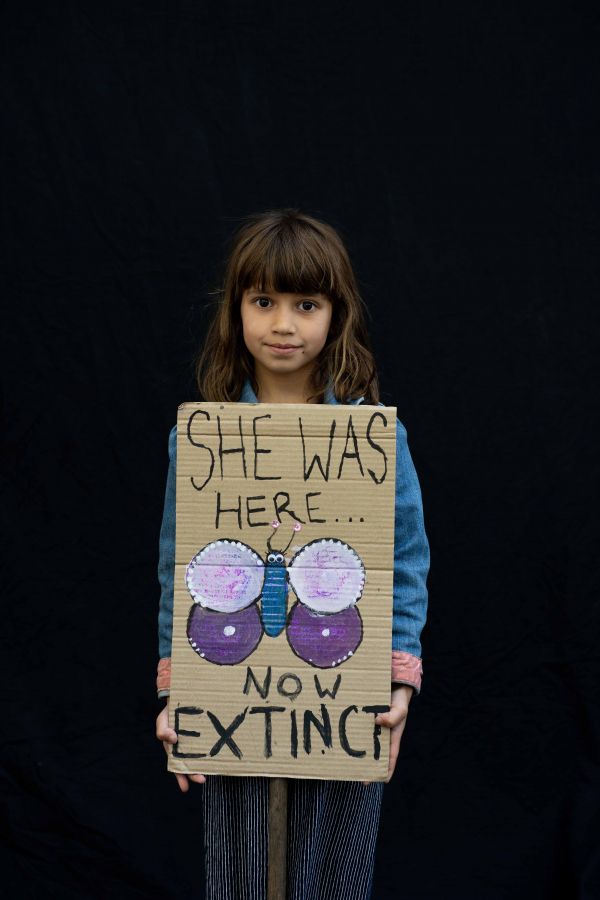 These images lived on a hard drive for over a year, until I began to self-publish them. When The Guardian published my portrait of an eleven year old Syrian refugee named Yamamah on their front page I started to do photojournalism professionally. I would later go on to report on forced migration from camps across Europe and the Middle East from 2015-2018.

I have since focused my work on environmental issues and climate refugees, going to the frontlines of climate change. I have travelled to Somaliland where droughts are becoming increasingly severe, Kiribati, a low-lying island nation in the Pacific under threat from rising sea levels, and Borneo where conservationists are working to save the Orang-utan from the tragic consequences of deforestation.

Protests are a huge part of key social justice movements throughout history – they symbolise a particular moment in time and I believe it is crucial to document them. Many of us will have seen the famous photograph of the protestors standing in front of a tank in Tiananmen Square.

Given their symbolic value, protests are often heavily documented by photographers. At previous protests I have felt that my photos couldn’t add anything to the conversation. How could I create images that add to the narrative? At the historic Global Strike, I knew I wanted to do something a bit different. 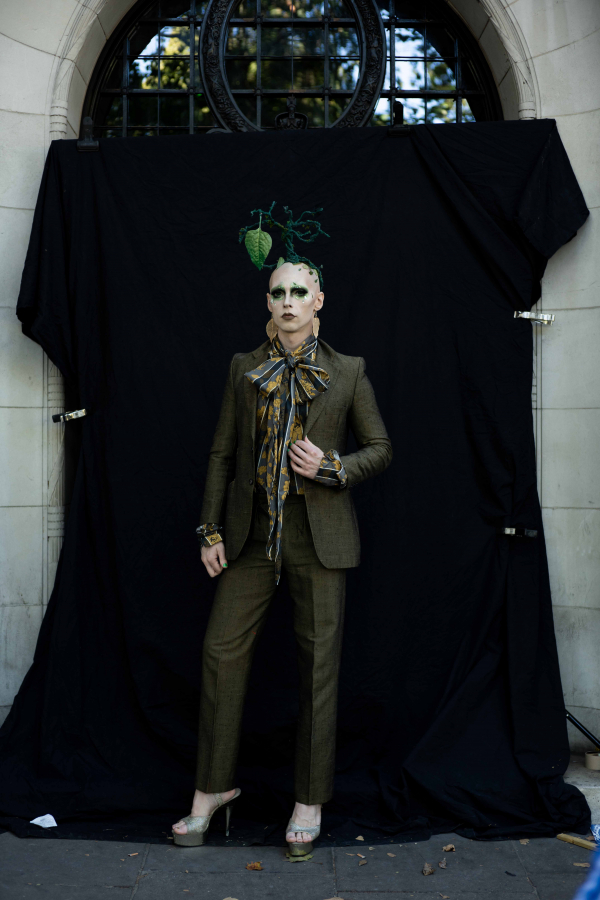 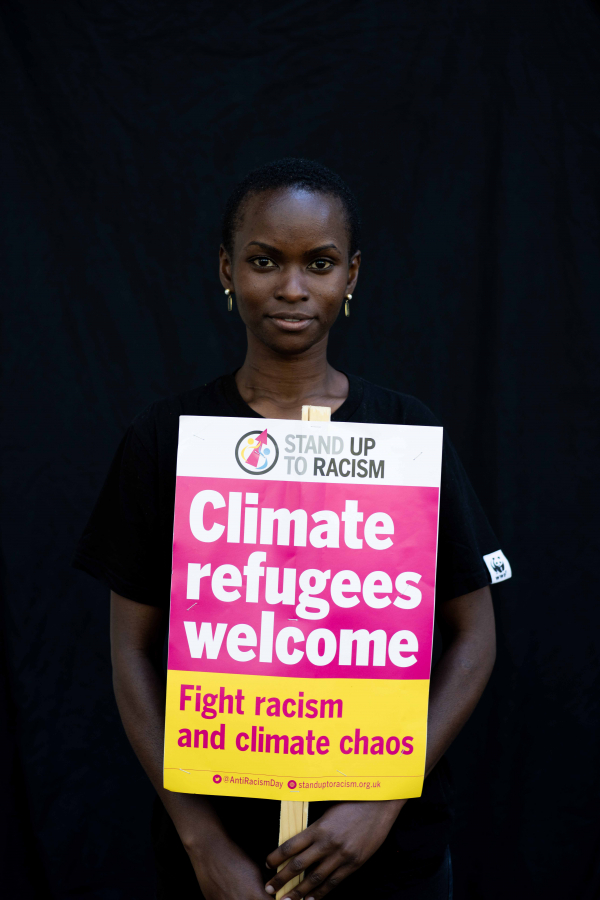 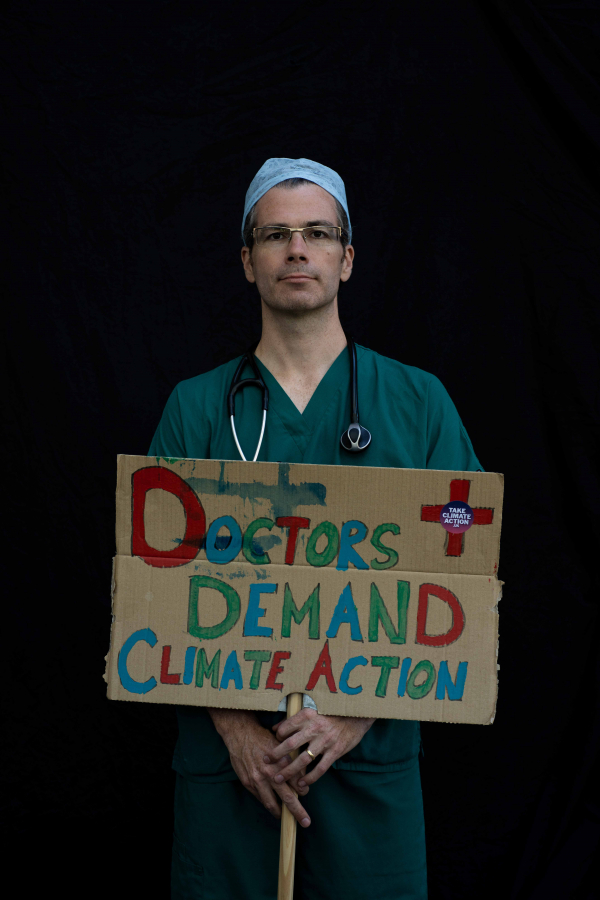 I chose to use a black backdrop in order to remove the context of the strike and bring the focus on to the individual protesters. The intention here was to build empathy between the audience and subject photographed, and encourage an inquiry into what had motivated them to be there. This highlights individual narratives, and the subjects’ distinct motivations for fighting for action on climate change rather than homogenising the mass of protestors with a singular brush stroke.

The Role Of Documentary Photography

I think that portraiture can be extremely powerful in shaping the narratives around us and in framing how we understand the world. Photography can build empathy, beyond politics, religion, race and class. By capturing an image of one person at a time, the viewer can explore their shared qualities with the subject. 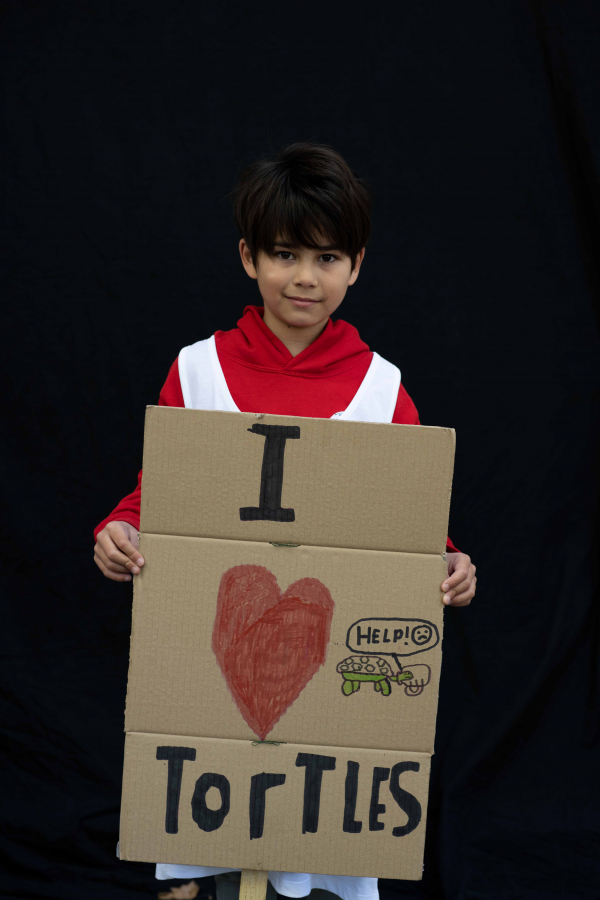 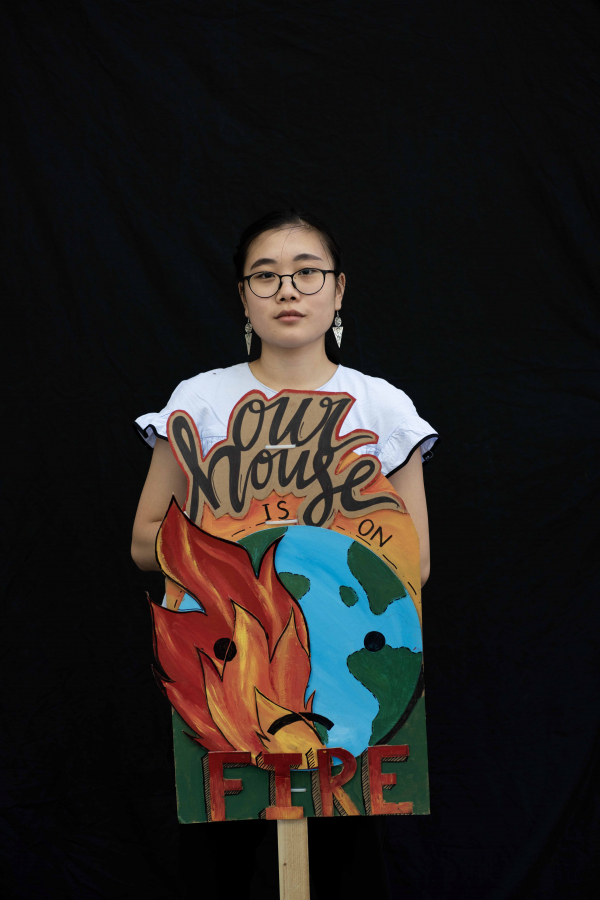 Its hard to choose a favourite portrait but I found the image of seven year-old Frank who held up a sign saying ‘Adults act now or Children pay later’, and told us “It’s our future and I believe we should fight for it” particularly poignant. It is hard to argue with the moral authority of children fighting for their future.

I found some of the quotes people gave us for why they were striking to be particularly powerful. Drag queen Cheddar Gorgeous stands out, rightly saying, “I am here because visibility is a really important thing to raise awareness of climate change and those who are going to be most affected are those who are often on the margins.”

One of the most memorable interactions I had was with the mother of a three month-old baby, Rumi Riedel, who said “We’re here because he can’t speak for himself right now. We have a voice and we are using it for him to have a better future.” 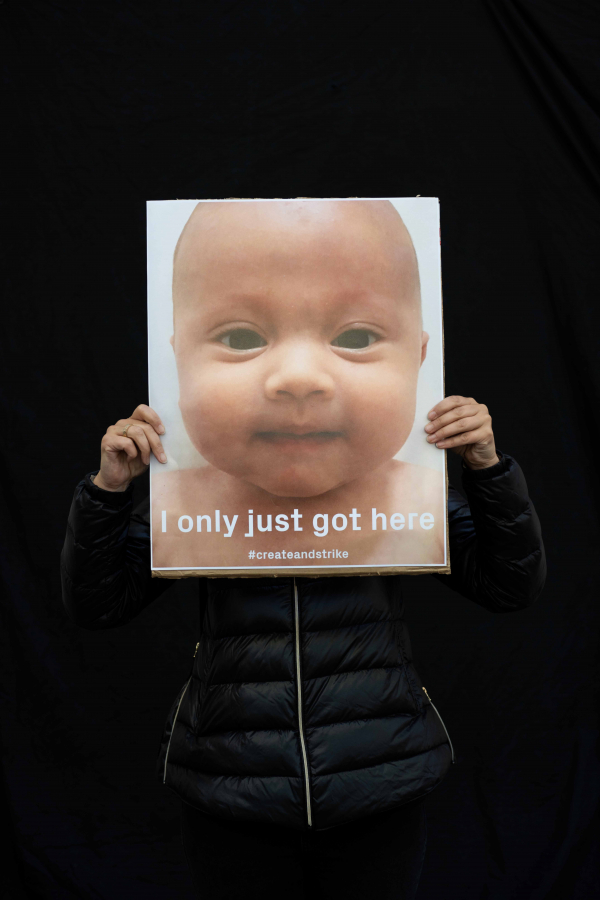 I have been to previous Youth Strikes for Climate so knew that it would be an incredibly positive, energetic and inspiring atmosphere. I really enjoyed using my camera as a tool to have conversations with so many interesting people there. Had I not set up the portable studio that day, I wouldn’t have had those more intimate interactions.

Sometimes it’s hard to remain hopeful; so much about the climate crisis seems completely overwhelming. However, a mixture or outrage and optimism is the fuel that keeps me working on environmental issues.

But I haven’t always been passionate about the environment. Geography wasn’t my strong point, and I’ve never been particularly good at recycling. Like most people I saw ‘the environment’ as something that existed only in the context of wildlife programmes and biology class.

During my work documenting the refugee crisis across Europe and the Middle East, it gradually dawned on me that the trauma experienced by people uprooted from their home was just a fraction of what is to come – the biggest mass migration of humans in history, as climate refugees. It was during this time that I truly began to dig deeper into climate change. 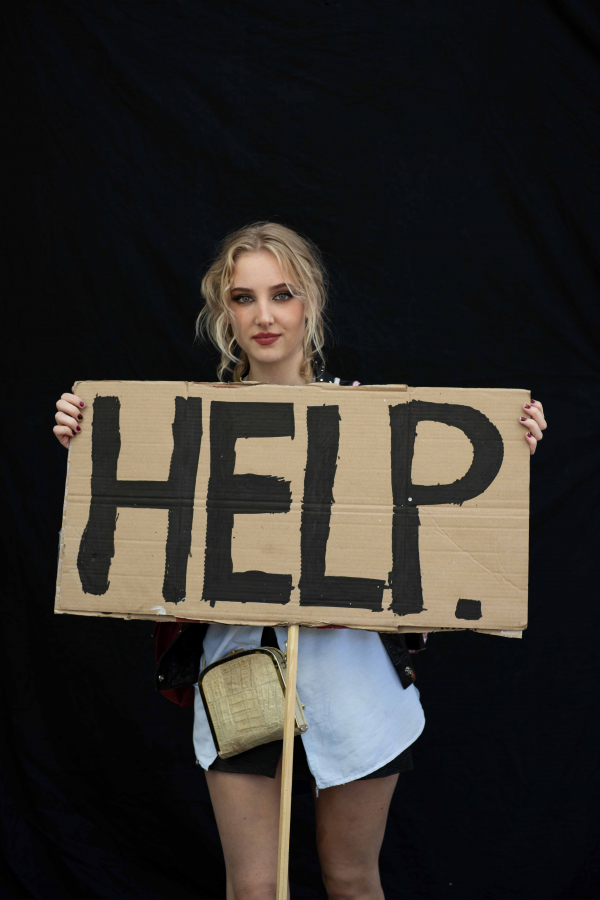 Whilst there are currently unprecedented numbers of migrants and refugees across the world, the worst UN predictions say that by 2050 we could have 200 million refugees and displaced people across the globe. Our wholly inadequate response to the European refugee crisis sheds light on how unprepared we are for the millions of climate refugees who will be seeking refuge.

Since photographing victims of forced migration, I’ve travelled to document people living on the frontlines of climate change – most memorably to Somaliland during a drought and famine in East Africa and to Kiribati an island in the Pacific at risk from rising sea levels. These trips crystallised the reality of climate change not as something simply “environmental”, but a human problem; a social justice issue.

The cruel irony is that climate change most affects those who have done the least the cause it. 99% of deaths related to climate change occur in the world’s ‘least developed countries’, even though those countries only contribute to 1% of emissions. According to Amnesty there will be a 20% increase in global hunger and malnutrition by 2050 and 1 billion people will see a severe reduction in water resources.

Whilst we can’t choose who will be impacted by climate change (we all will) we can choose whether we will be bystanders. It is knowing this which drives me to keep raising awareness around these issues.

Join the action – find out what took place during the Global Week of Climate Action.

18 and under – meet the new generation of inspiring young activists.