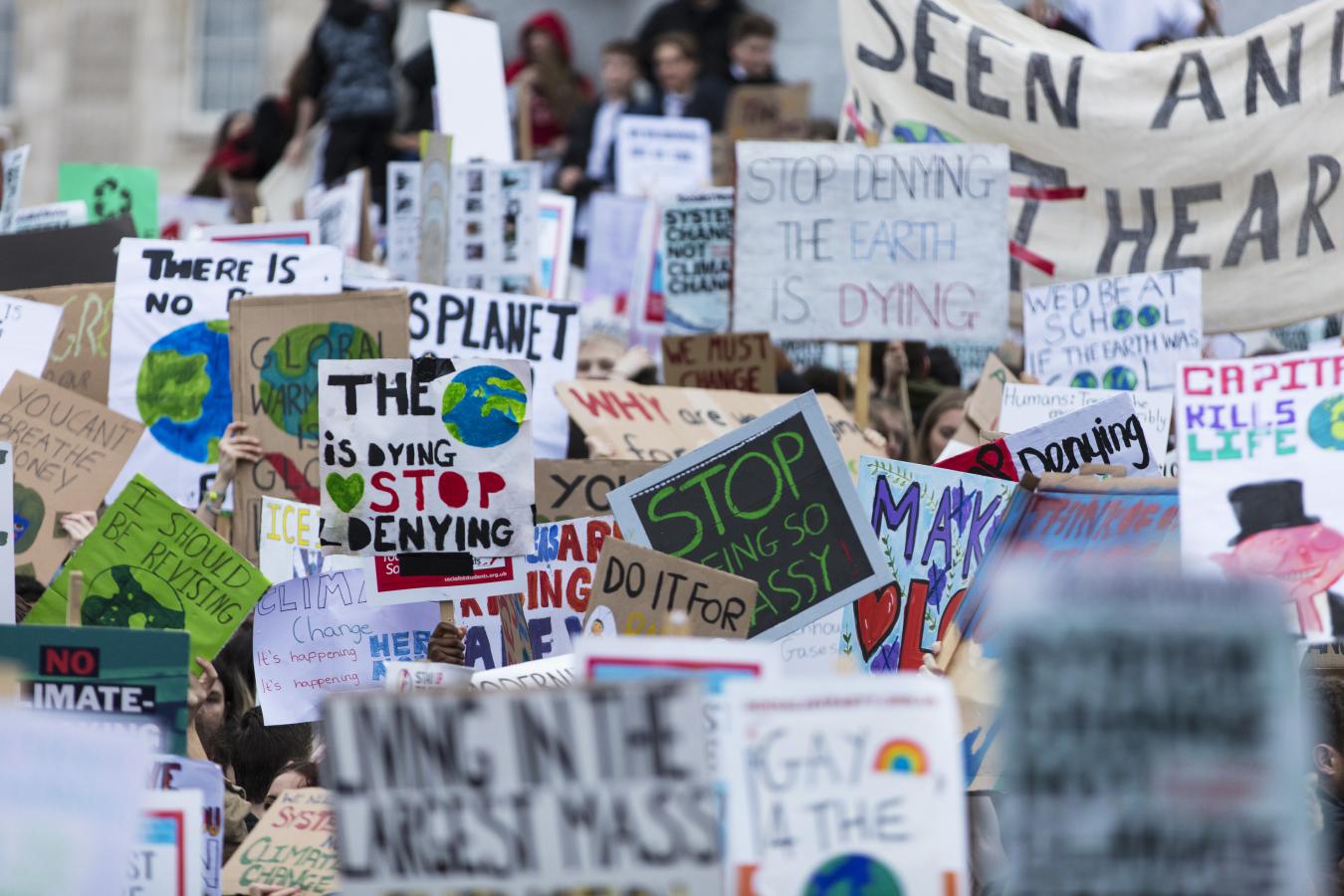 Global Week of Climate Action: What’s On and How to Get Involved

Today marks the start of a Global Week of Climate Action, with people of all ages joining in climate strikes around the world. Discover how you can get involved in the week’s activism.

An historic Global Week of Climate Action kicks off today – with millions of people in over 150 countries stepping up to support the youth-led student strikes to demand government action on the climate crisis, galvanised by Greta Thunberg.

The powerful Fridays for the Future school strikes, which have been led by Greta and have taken place across the world every Friday for the past year, have woken up much of the world to the urgency of the climate crisis. This week, as the UN gathers in New York for the Climate Summit, young activists are calling upon adults, NGOs, unions, and businesses to join them in what looks set to be the biggest turnout yet.

Here’s everything you need to know, and how you can join in.

Young climate activists are hoping for the biggest turn out to date as people of all ages join student strikes around the world today for a Global Climate Strike. Here’s how you can get involved:

Join the Strikes in Person

Strikes are taking place in most major cities and many towns and communities around the world, in over 150 countries – so you shouldn’t have to travel too far to find a strike near you. Consult the Fridays for Future map and Global Climate Strike website to find details of where the action is planned near you, as well as how to organise your own strike. 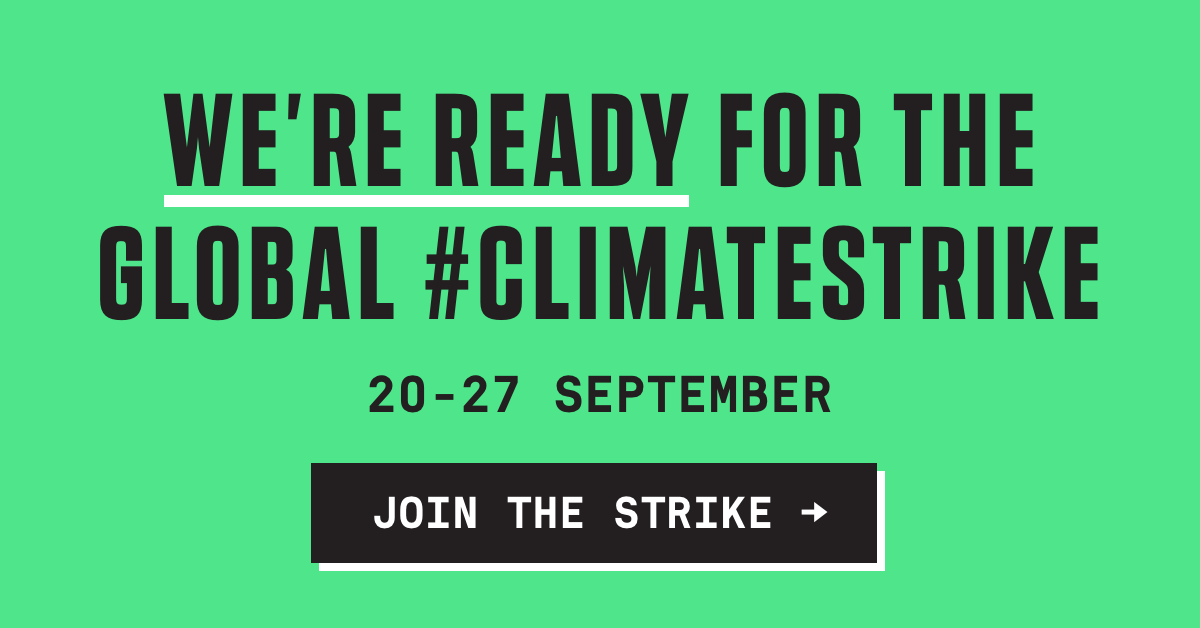 If you have a digital presence, you can show your support for millions of people walking out of their homes and workplaces by joining in and ‘going green’ with a digital strike. The Global Climate Strike website has resources such as website banners, widgets and push notifications that you can use to help spread the word.

If you can’t make it to a strike in person, you can still participate. The Model Mafia is urging people to strike on social media by only posting strike-related content, sharing strikers materials and by reposting and directing your audience to follow strikers. The model activists have teamed up with sustainable services and design-lab The Slow Factory to put together a social media strike for the fashion industry to better amplify and support the young people who are organising the largest climate actions in history this Friday Sept 20th and next Friday Sept 27th.

To get you started, here are suggested accounts to follow and repost: 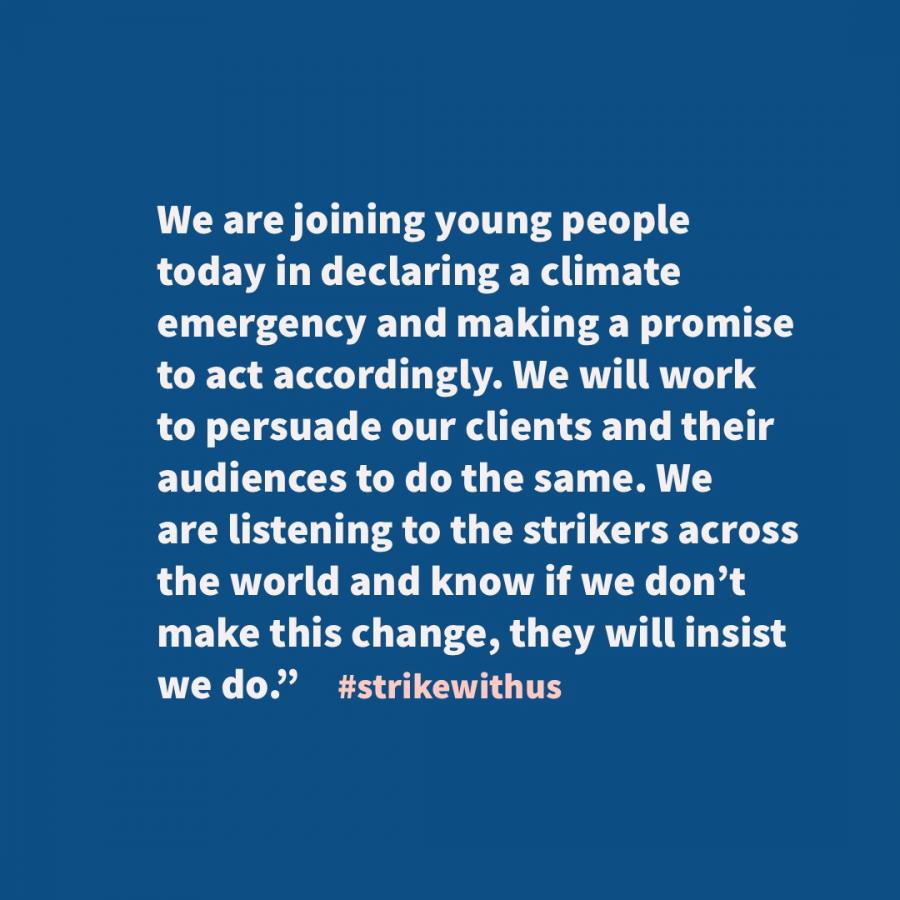 On Saturday, volunteers in over 150 countries around the world will be uniting for a cleaner planet, in the biggest waste collection day in human history – cleaning up litter and mismanaged waste from our beaches, rivers, forests and streets. Here’s how you can get involved: 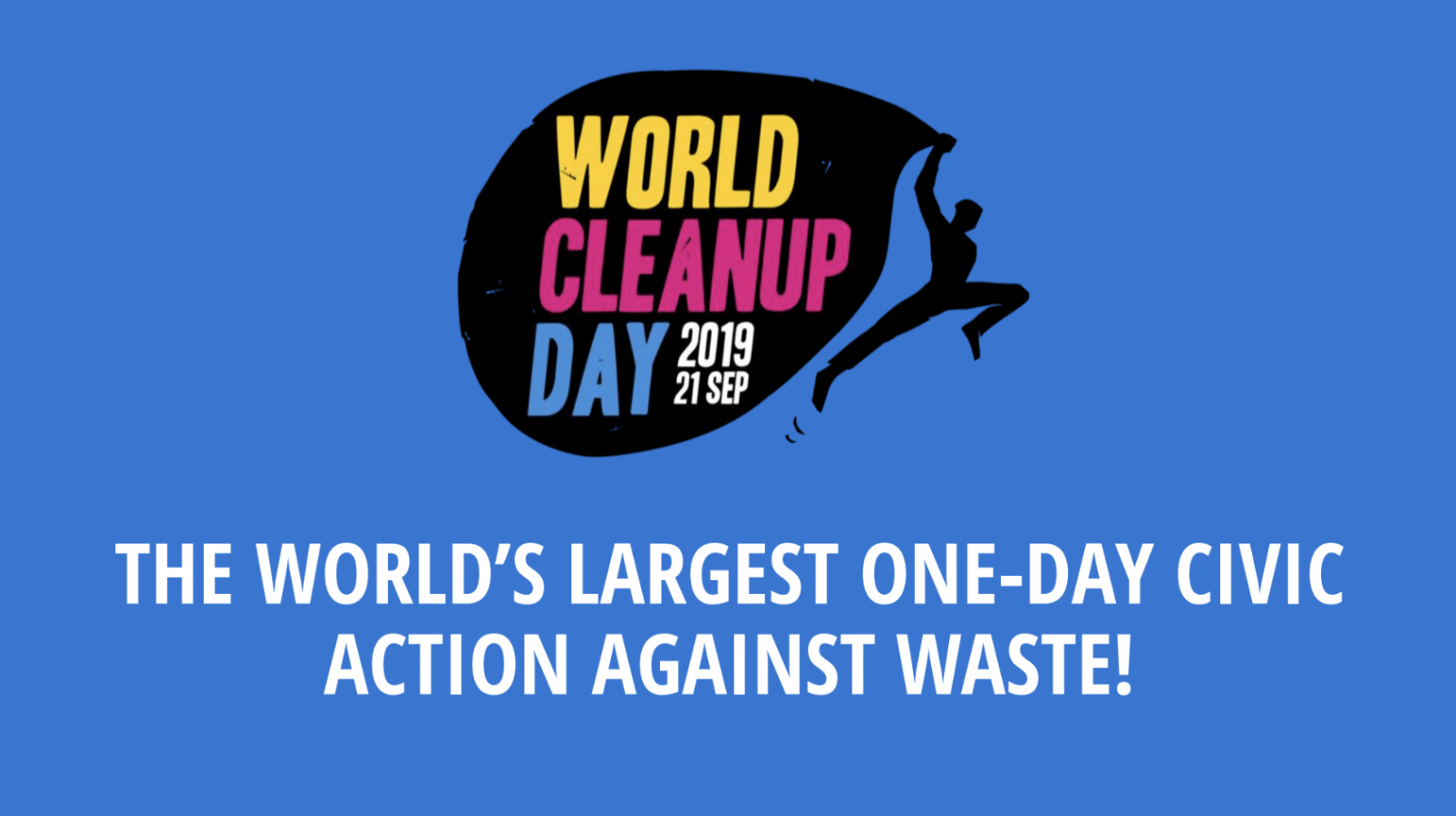 Join millions of volunteers in more than 150 countries to clean up the world in one day. Find an organised clean up and details of how to organise your own on the World Clean Up Day website.

The Clean-up will start at Bernie Spain Gardens, SE1 9PH, at 10am on September 21st.  All participants will need to be in sturdy shoes or boots which can get muddy (as you will be going down onto the Thames foreshore) and will need to bring their own re-usable rubber gloves.

The Marine Conservation Society’s Great British Beach Clean takes place this weekend across the UK coast.  Use MCS’s map to find a beach clean near you and register to attend. Alternatively, register to organise your own. 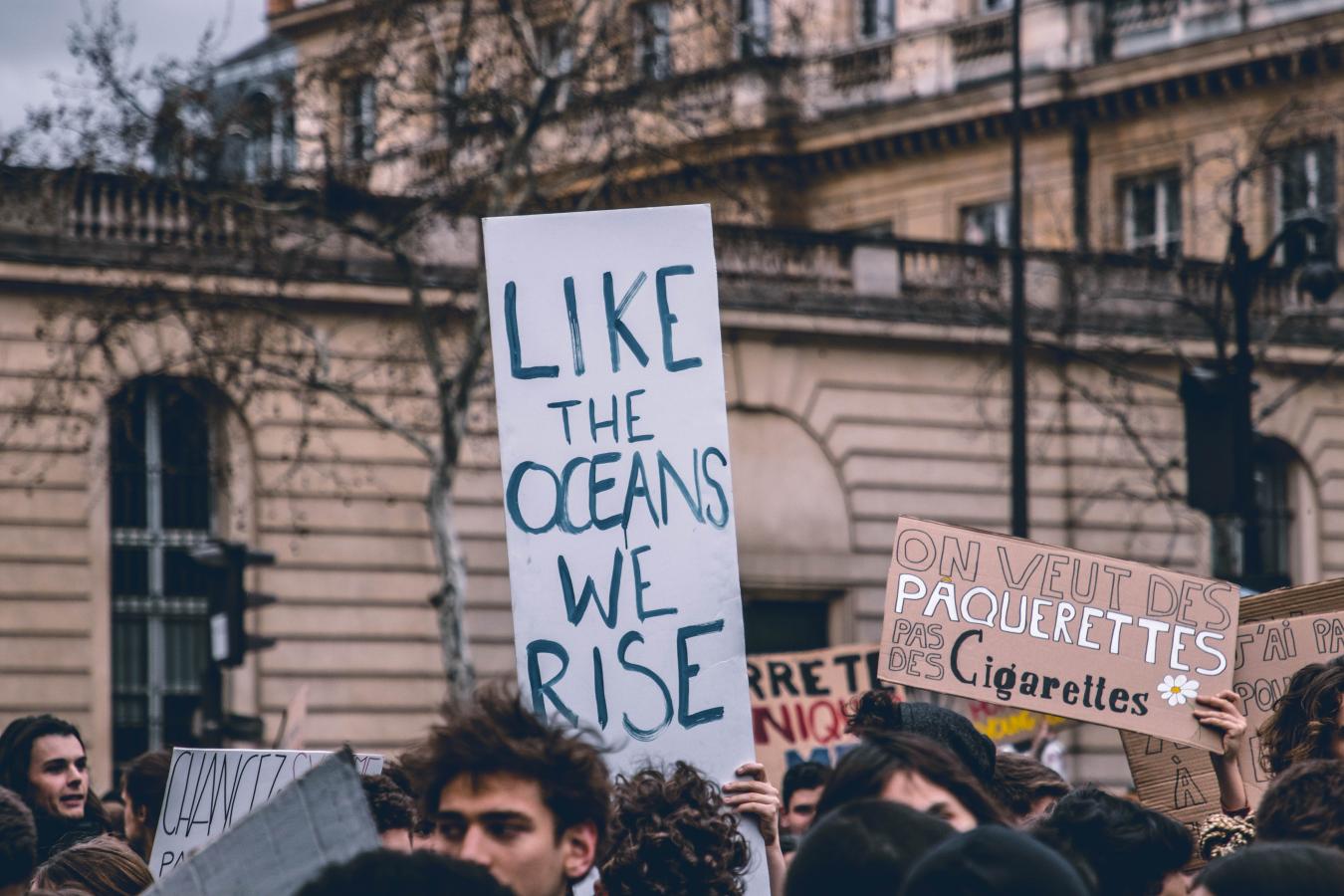 Young leaders from around the world are convening in New York on Saturday on Saturday for the UN Youth Climate Summit, to showcase climate solutions and meaningfully engage with global leader and decision-makers on the defining issue of our time.

The historic summit will form part of a weekend of events leading up to the UN Secretary-General’s Climate Action Summit on Monday September 23rd.

As cities around the world prepare to ban cars on Sunday to raise awareness of air pollution, London is preparing for its biggest ever car free day, with the Mayor of London Sadiq Khan closing 20km of roads around Tower Bridge, London Bridge and the City of London.

“Air pollution has become a silent killer around the world,” says Sadiq Khan, echoing the World Health Organization’s statement that air pollution represents a global public health emergency. “This is not merely rhetoric, but an inescapable reality—backed up by cold, hard facts—and one that demands urgent action from our political leaders.”

Aside from not travelling by car this Sunday, you can join in by attending one of the many community activities and street festivals planned.  18 boroughs across London will be hosting local celebrations, and hundreds of activities have been scheduled to take place across closed streets, with more than 150,000 Londoners expected to join in. 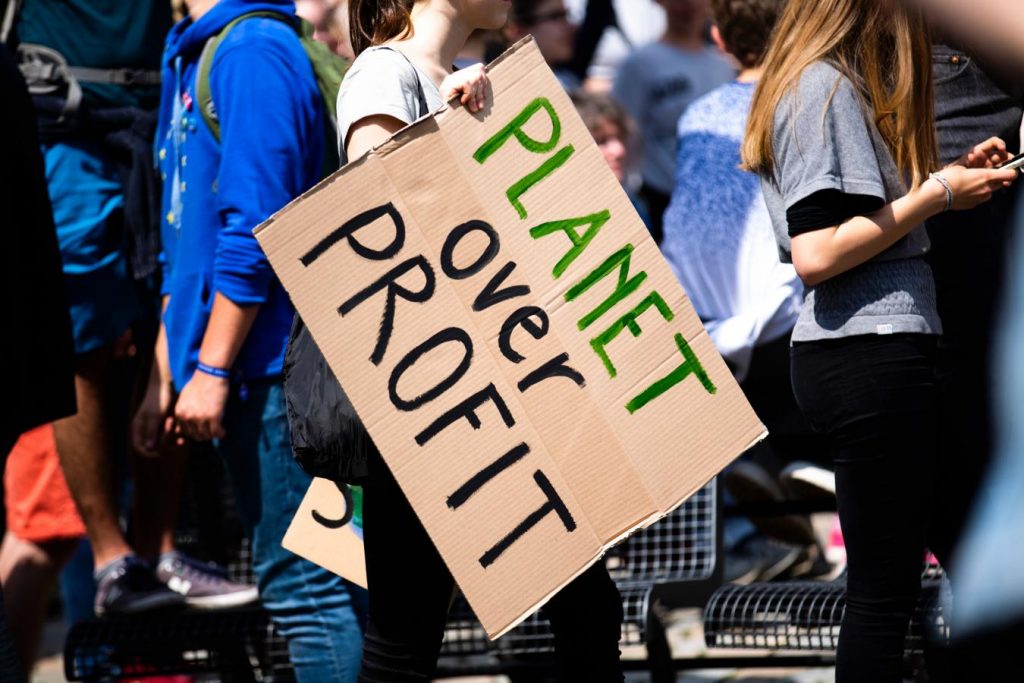 Leaders from government, business and civil society will gather in New York on Monday for the UN Secretary-General António Guterres’s Climate Action Summit, where they will discuss plans to address the global climate emergency in order to boost ambition and accelerate actions to implement the Paris Agreement on Climate Change.  “Climate change is the defining issue of our time and now is the defining moment to do something about it,” says the UN. “There is still time to tackle climate change, but it will require an unprecedented effort from all sectors of society.”

Read more about the Summit.

18 and under – Meet the new generation of inspiring young activists.

Be inspired by Mikaela Loach’s journey from slacktivism to activism.

Celebrating Earth Day 2018 with The GCC Earth Mob
UK Government Reopens Investigation Into The Fashion Industry
Bringing Business To Life: Pala Eyewear
Intersectional Justice Means Reforming Our Institutions. Here's What You Can Do