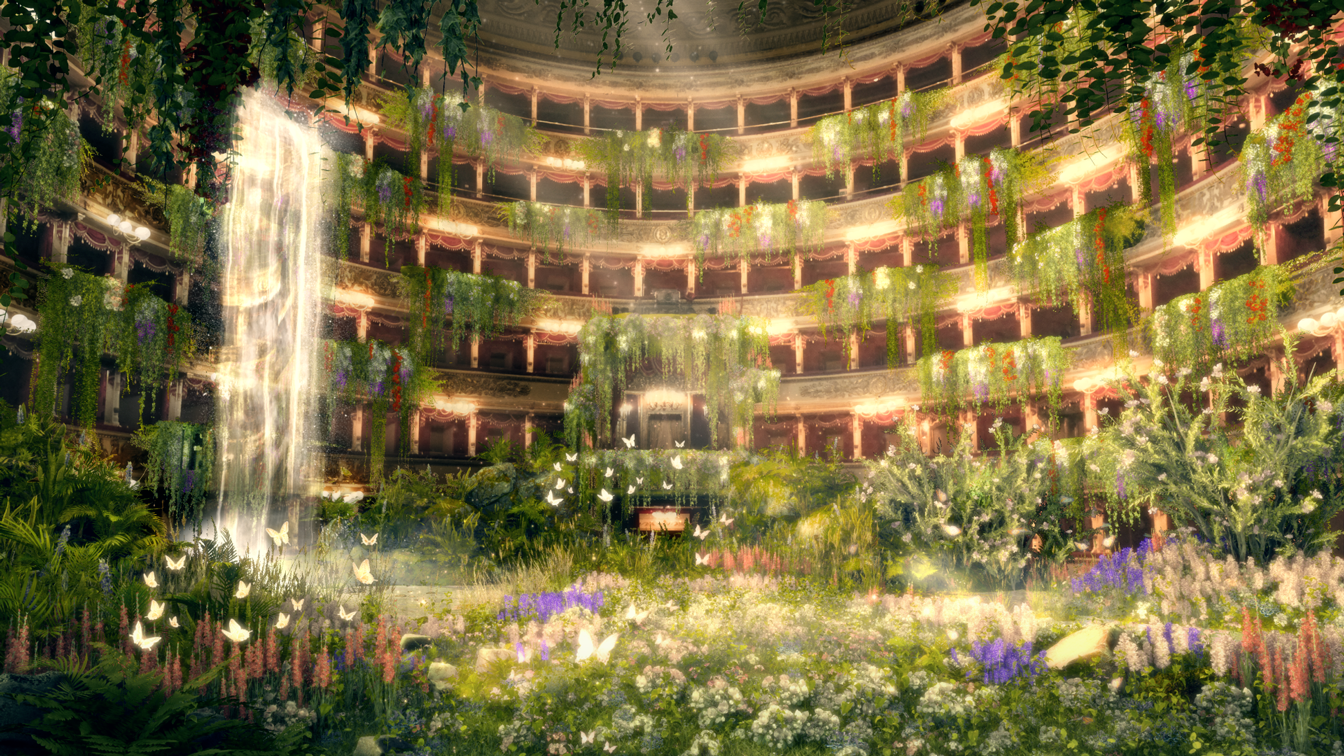 On 10th October 2020, holograms and augmented reality are set to take over the Green Carpet Fashion Awards for a special fourth edition of the prestigious event. The awards will be shown on Sky, with an exclusive broadcast presented by Robert Downey Jr. on YouTube. Here’s everything you need to know so far.

Camera Nazionale della Moda Italiana (CNMI), in collaboration with Eco-Age, and with the support of the Italian Ministry of Foreign Affairs and International Cooperation and the Italian Trade Agency (ITA), have revealed the pioneering 2020 edition of the Green Carpet Fashion Awards (GCFAs).

This year’s extraordinary edition will centre around the theme of togetherness and rebirth – to weave the new thread of our society, under the principles of social and environmental justice, starting from Italy.

Robert Downey Jr. will present the opening and closing of the exclusive YouTube broadcast of this year’s special edition. “This event is innovative, and solution based, so I’m excited to be a part of its premiere,” said the actor and producer ahead of the event, which has this year been reinvented as a virtual experience.”

One of the most powerful storytelling moments of an event, the red carpet, has been completely reinvented for the occasion with the launch of the first digital green carpet in the world. Central to the awards, the permanent web experience will launch two weeks before the event and will give a global perspective of the work being done by designers, manufactures and individuals to create and promote sustainability in fashion. Celebrities will grace the digital green carpet and share an exclusive look into their wardrobes showcasing treasured pieces and looks along with a call to action, encouraging all to become active citizens in sustainable fashion.

The The Green Carpet Fashion Awards 2020 will be shown by broadcaster Sky, who have committed to become net zero carbon by 2030, on October 10th across all the broadcaster’s European territories – as well as with other partners in the US and Asia. YouTube will broadcast awards globally on October 10th and in the UK, Italy, Germany and Austria on October 25th following the SKY premiere in those territories. A special world premiere during Shanghai Fashion Week will also be held on the same day in partnership with exclusive Chinese partner APAX Group.

This year there will be only five awards with iconic Chopard statuette award, produced in ethical gold, being handed to five recipients to mark the beginning of a new era.

“In the last three years, the Green Carpet Fashion Awards have underscored the importance of Italian businesses in our industry, from big brands to start-ups, from dress designers to shoemakers, and producers of raw materials, all of whom expressing the uniqueness of Italian fashion: a fashion that in the year of Covid is showing enormous heart and powerful reserves of strength and unity, despite our countless difficulties,” commented Camera Nazionale della Moda Italiana Chairman Carlo Capasa. “Together we must exploit this moment to shape a future for our industry that puts the planet and people at the centre of its business. We decided to organise a digital event because we want to continue participating, even at this difficult time, and with a tone of voice that’s appropriate but also carries a message of solidarity and hope. Now, at a time of high vulnerability, we must regain the spirit needed to generate a concrete response and incredible dreams, the all-Italian spirit whose roots are in humanism.”

Livia Firth finished: “Arundhati Roy referred to this period as a “portal” – a gateway between one world and the next. We can choose to walk through it, dragging the carcasses of our old modus operandi. Or we can walk through lightly, with little luggage, ready to imagine another world. And ready to fight for it. This is the strong message that will emerge from this year’s GCFA. We have been the first to celebrate sustainability and fashion and to shine a light on the disruptors and game changers in our industry. This year we wanted to do the same even in the way the event itself is produced and delivered!”

“The 2020 Green Carpet Fashion Awards,” said ITA President Carlo Ferro, “showed how our businesses were able at such a difficult time and in an increasingly complex scenario to rapidly adapt to foreign markets. Spending behaviour, especially that of the new generations, is tending more and more towards quality and sustainability, the strengths of our fashion industry. And demarcation between online and offline is continually blurring, which is why ITA is heavily committed to supporting the digitalization of trade fairs and events like this, as well as helping our enterprises access e-commerce platforms to sell their products”.

Catch up on all the Green Carpet Fashion Awards winners from 2019.
Discover how the night of the GCFAs unfolded last year.
Meet all the finalists of the 2019 Green Carpet Talent Competition, and what the judges thought of the designs.

How The Brexit Trade Agreement Is Impacting Sustainable Fashion
Bebe Moratti: The Story Behind Redemption’s Sustainable Looks For GCFA, Italia 2020
Bringing Business to Life: Vevolution
Paris Couture: Ronald van der Kemp on Why You Cannot Have Clothes for the Price of a Cappuccino
GCFA, GCFA2020