The Green Carpet Fashion Awards, Italia – Everything you need to know

The third edition of the Green Carpet Fashion Awards, Italia, returns to La Scala, Milan. Here’s everything you need to know:

What are the Green Carpet Fashion Awards, Italia?
Hosted by Camera Nazionale della Moda Italiana in collaboration with Eco-Age, the GCFAs honour both the handprint of fashion (the human capital that goes into the making of fashion apparel and accessories), and the footprint of fashion (the natural capital and environmental impact).

The Awards celebrate the commitment of fashion houses to sustainability and showcase the innovation and human craftmanship of the Italian fashion supply chain.

Where and when do they take place?
The 2019 edition of the GCFAs took place on Sunday 22nd September 2019 at the iconic Teatro alla Scala in Milan.

Hamish Bowles, American Vogue’s international editor at large, is the creative director for all elements of the GCFAs again this year, including La Scala Square, which last year was transformed into a beautiful garden.  This year’s event theme was inspired by Leonardo Da Vinci in the 500th anniversary year of his death.

“Pietro Magni’s 1872 statue of da Vinci, depicted in distinguished old age, dominates the Piazza della Scala, the storied square that in turn links La Scala with the Palazzo. All three of these places are the key protagonists in the 2019 Green Carpet Awards evening, so it seemed appropriate to pay homage to da Vinci with an aesthetic that draws on his exquisite works and on Renaissance tapestries, and evokes the organic and sustainable monastic gardens, and the refectories that the artist himself would have been so familiar with. In these evocative spaces we come together to celebrate the great talents of our wider fashion and sustainability community.” 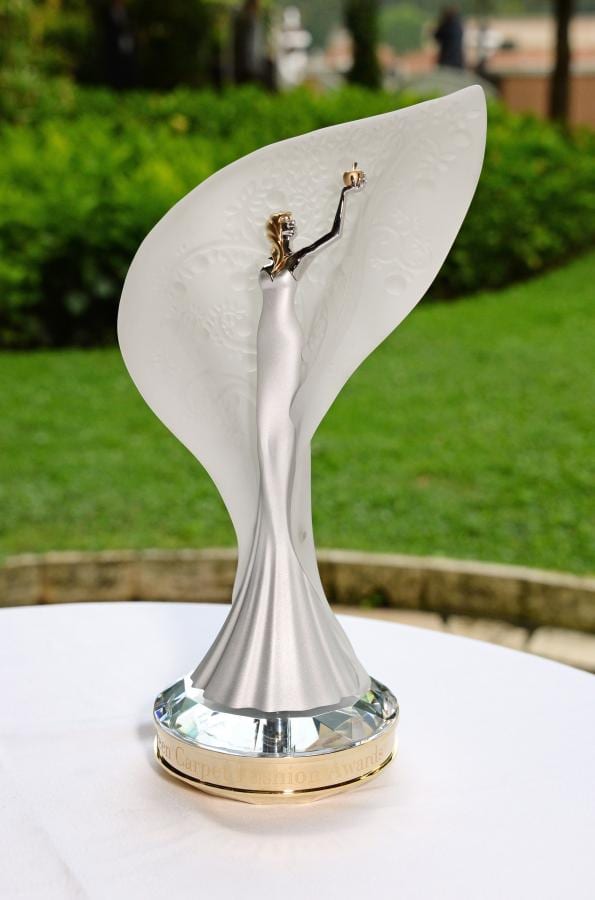 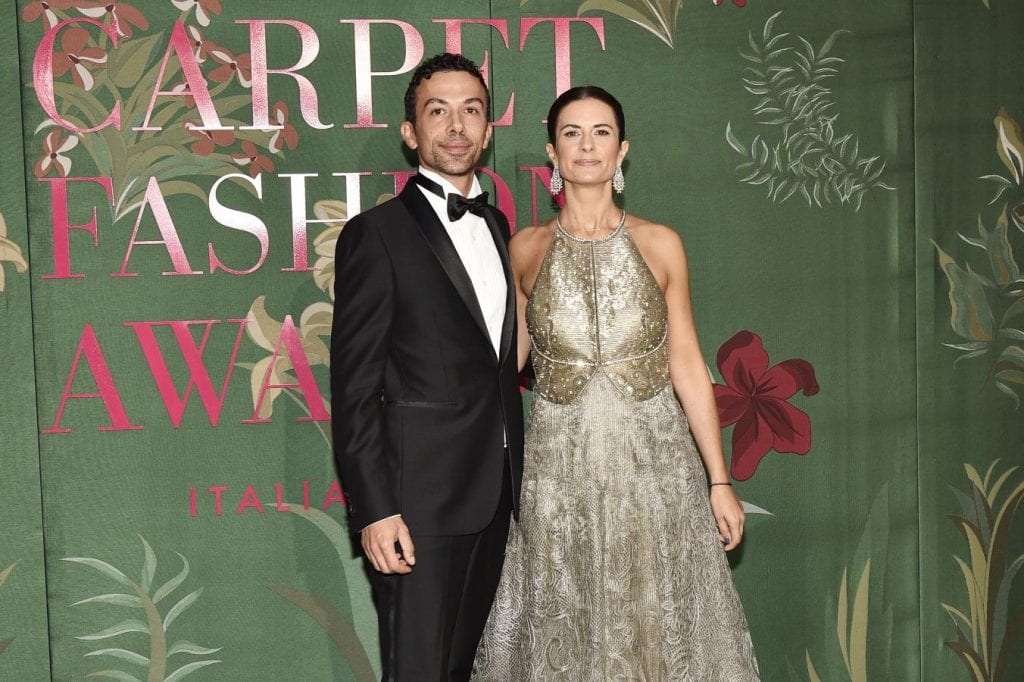 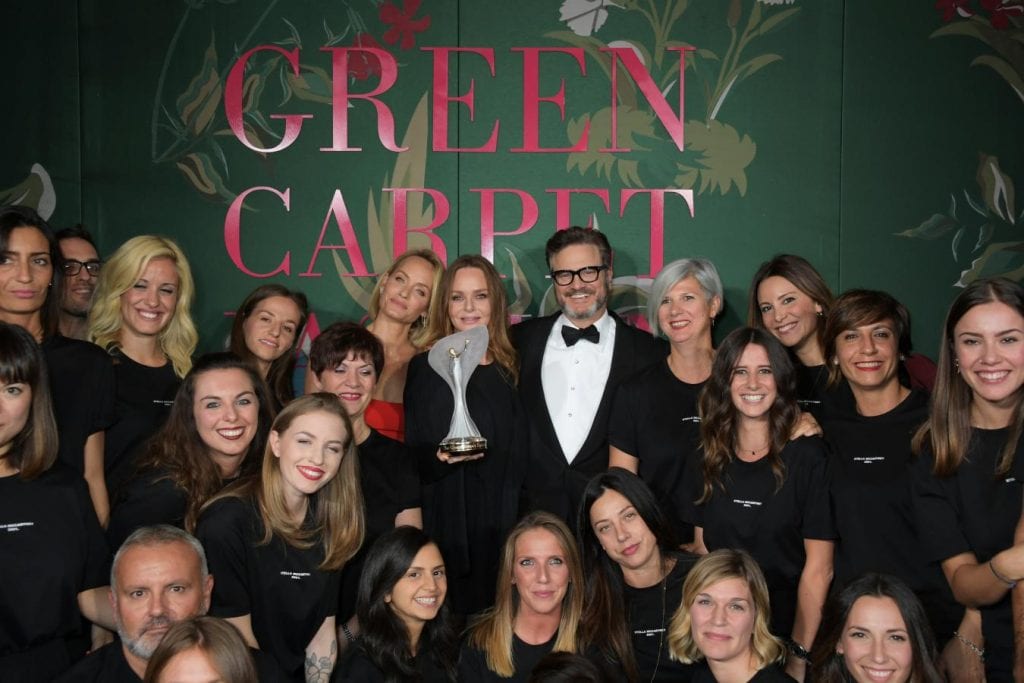 How many awards are there?
There are 12 awards in total, all of which are seen through a sustainability lens focused on people, planet, place and profit.

Who received an award?
The 2019 awardees were announced at La Scala on Sunday 22nd September 2018 during Milan Fashion Week and all recipients demonstrated a commitment to and investment in positive change.  “Every recipient at La Scala is reimagining and reworking the supply chain for the future and reinvesting in the planet and in people,” said Eco-Age creative director Livia Firth. “La Scala is the night we can amplify bold and brilliant solutions to environmental and social crises. It is a night for the game changers!”

The first of this year’s award winners was announced during the launch of this year’s Green Carpet Fashion Awards in Venice last month. The world-famous gondoliers of Venice were announced as this year’s recipients of the Eco-Stewardship Award for their use of responsibly sourced merino wool in their iconic striped uniform.

A second category winner was revealed during a press conference in Milan on Wednesday 18th September – Valentino Garavani, founder of Valentino, will receive the prestigious Legacy award.

Flavia La Rocca was announced as the winner of this year’s CNMI Green Carpet Talent Competition. 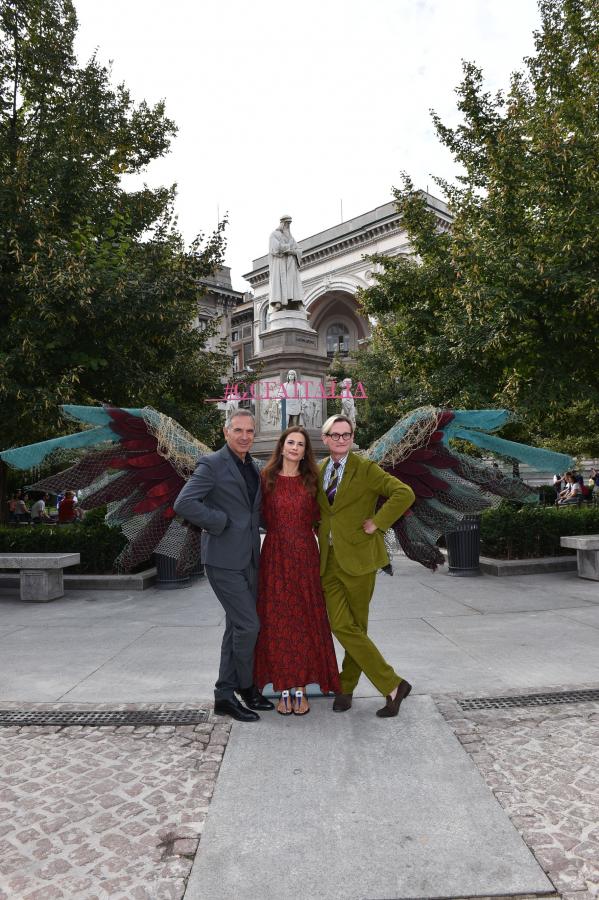 Who designed the GCFA trophy and what is it made of?
Winners received a handcrafted statuette by Chopard.  The statuette depicts a woman, whose long braid is produced in Fairmined certified ethical gold with a robe made of aluminium to lend a lighter touch. The statue is completed with a thermoformed glass cape and engravings of a golden apple tree.

Who supported the awards?

This year’s event partners were announced at a press conference on Wednesday 18th September. Vestiaire Collective, a community-driven global platform for pre-owned fashion, and Aquafil Group, an Italian pioneer in the circular economy who will be providing the entrance carpet at this year’s awards, were among the partners, alongside The Woolmark Company, which partnered with the GCFAs thanks to its efforts to promote the world’s leading natural, biodegradable and renewable fibre; wool. For the third year, Chopard partnered with the awards and provided the winners’ statuette as part of #TheJourneyToSustainableLuxury and Borsa Italiana also supported the Green Carpet Fashion Awards, a partnership which originated from the shared values of sustainable development.

Sustainability Gamechangers: The Innovations Set to Shape the Future of Fashion This December
Cradle: Edition Four
The Green Carpet Challenge at the Met Ball - A History
5 Talks Not To Miss At Rio Ethical Fashion 2020
GCFA