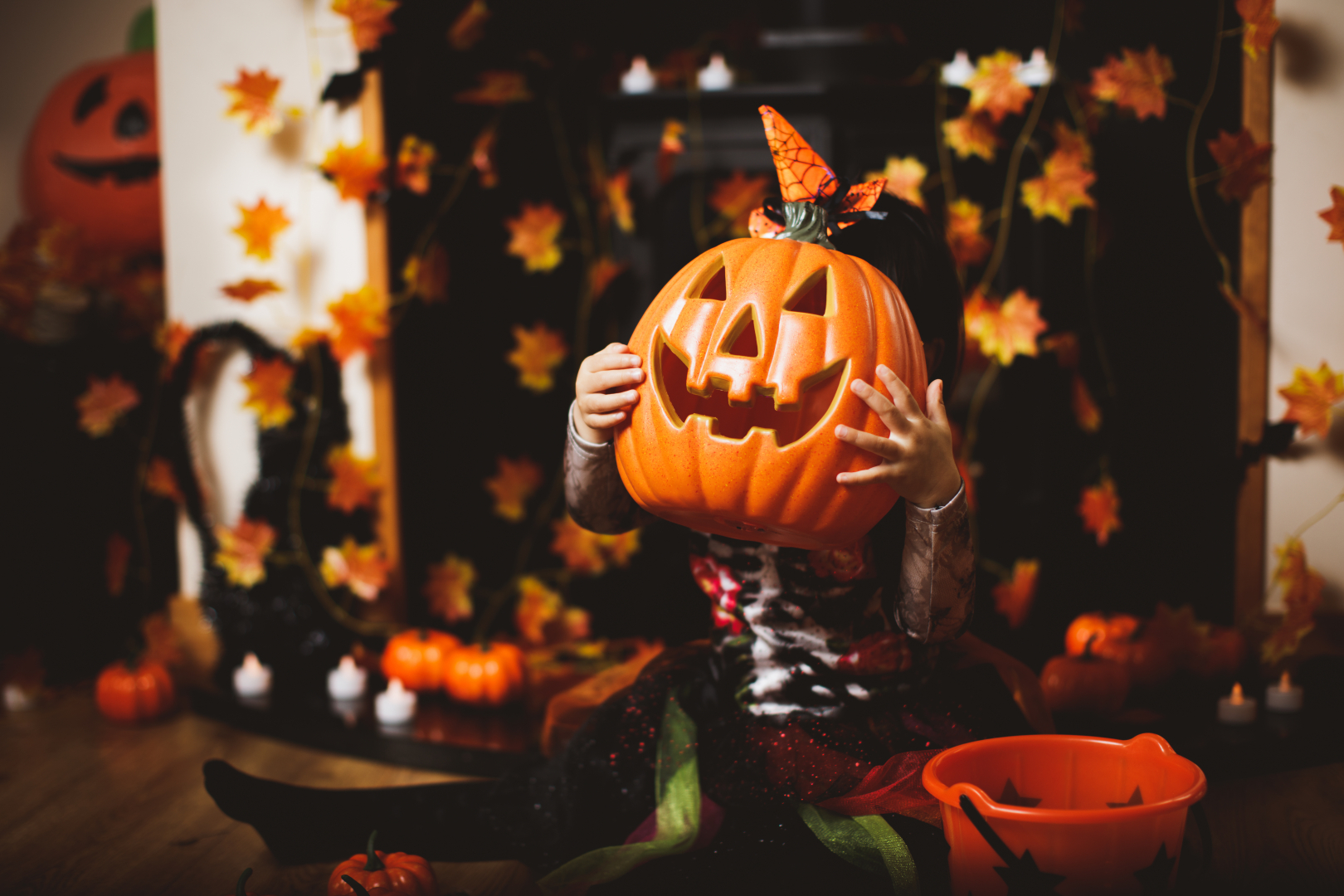 With the scariest day of the year just around the corner (no, we don’t mean the Brexit deadline), new research has revealed shocking levels of plastic waste are expected to be generated from Halloween costumes this year.

From vampire fangs to blood-stained bedsheets, it’s no secret that Halloween celebrations have a plastic-waste problem – but new research estimates that 2,000 tonnes of plastic waste will be generated this Halloween from clothing and costumes alone, a level of waste equivalent to 83 million Coca-Cola bottles.

Supported by Hubbub, the Fairyland Trust investigated 19 retailers including ASOS, Boohoo, Marks and Spencer and Wilko and found that of the 324 material items examined, 83% were made of oil-based plastic. The report calls on retailers to better label products of this type, as many shoppers in a hurry to grab a costume on the go aren’t necessarily aware that materials like polyester are plastic – and with polyester being the most common plastic poylmer found in the clothing sampled (69%), more consistent labelling is urgently needed to better inform consumers.

In 2017, Hubbub found that 40% of Halloween costumes are only worn once and so are likely to end up in landfill. To be more planet-friendly, trying upcycling an item you already own, or borrow pieces from friends and family that can be easily accessorised to suit a spooky theme. 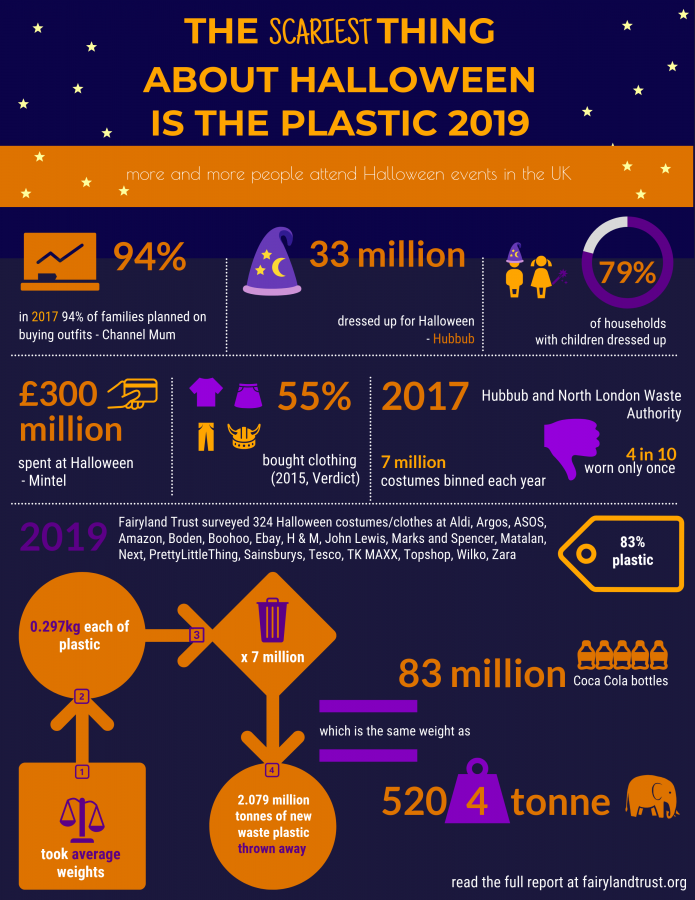 Hubbub’s CEO and co-founder Trewin Restorick said: “The total plastic waste footprint of Halloween will be even higher once you take into account other Halloween plastic such as party kits and decorations, much of which are also plastic, or Halloween food packaging, most of which quickly becomes ‘rubbish’ and ultimately, breaks down to be plastic pollution. Retailers must take greater responsibility to offer ranges for seasonal celebrations that don’t worsen the already worrying impact of plastic waste on our planet.” If you’re planning a Halloween celebration, go plastic-free and switch single-use for more sustainable options like re-useable decorations.

“The scariest thing about Halloween is now plastic. More costumes are being bought each year as the number of people participating in Halloween increases,” says Chris Rose from the Fairyland Trust said. “It’s vital that we all try and choose costumes that are as environmentally friendly as possible. Concerned consumers can take personal action to avoid buying new plastic and still dress-up for Halloween by buying from charity shops or re-using costumes to create outfits, or making their own from non-plastic materials.”

Read our guide to planning a plastic-free Halloween party.

Make sure your face paint is eco-friendly and non-toxic – here’s our guide.