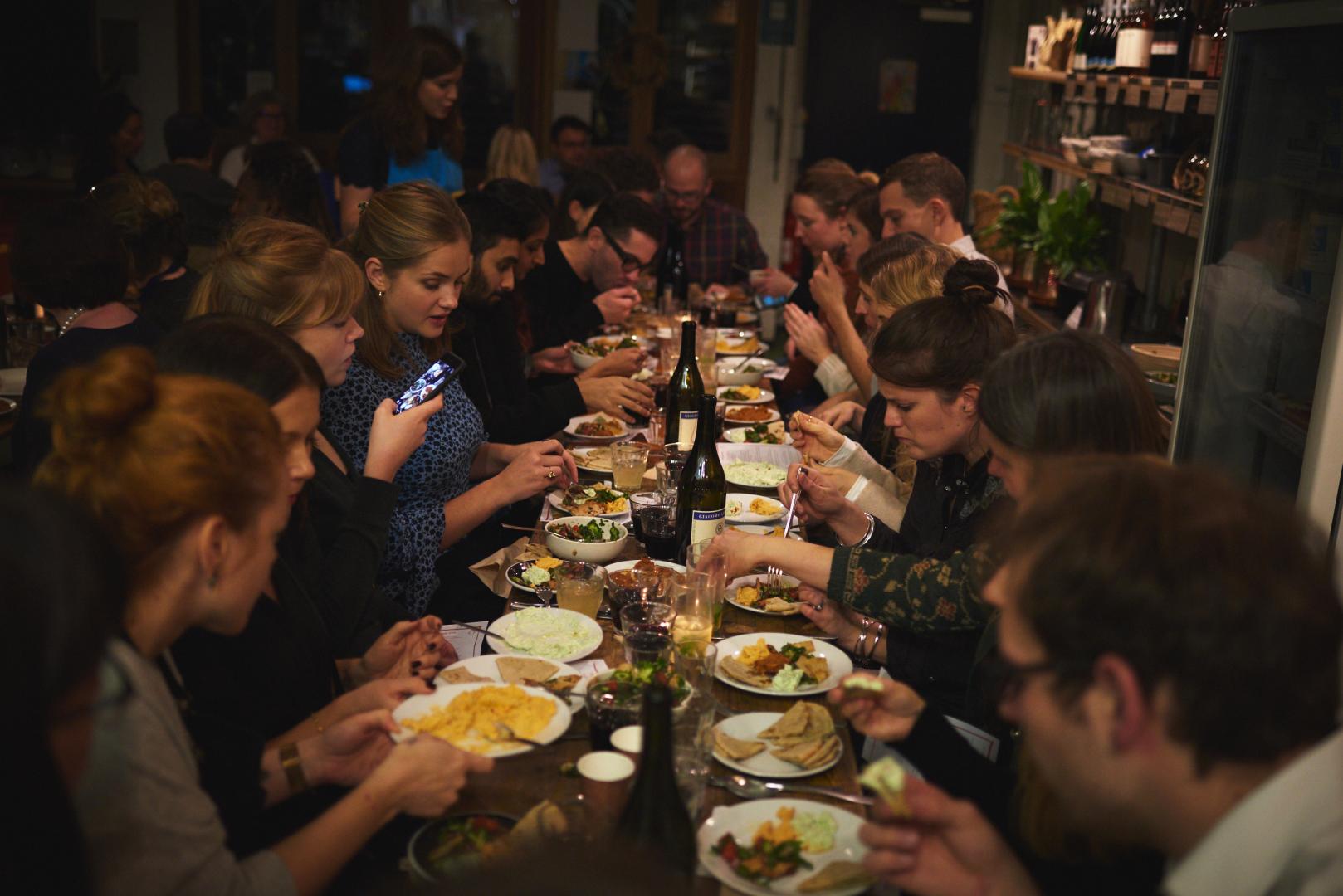 Julia O’Driscoll spoke to Rose Lukas, managing director of the Hands Up Foundation, about how one supper club grew into a registered charity that’s helping to fund crucial projects and services in Syria.

“The Syrian conflict falls out of the news because it’s been going on for so long. There’s been very vicious fighting over the last three months, but it’s not considered news anymore. Newspapers don’t think it will sell – and how depressing is that? People have to look away; apparently there’s nothing to be done,” says Rose Lukas, managing director of the Hands Up Foundation.

Hands Up is a London-based charity that has been providing a route for people to engage positively with the Syrian conflict for the last five years – although the foundations of the charity really began in 2012, when four friends hosted the first Syrian Supper Club. 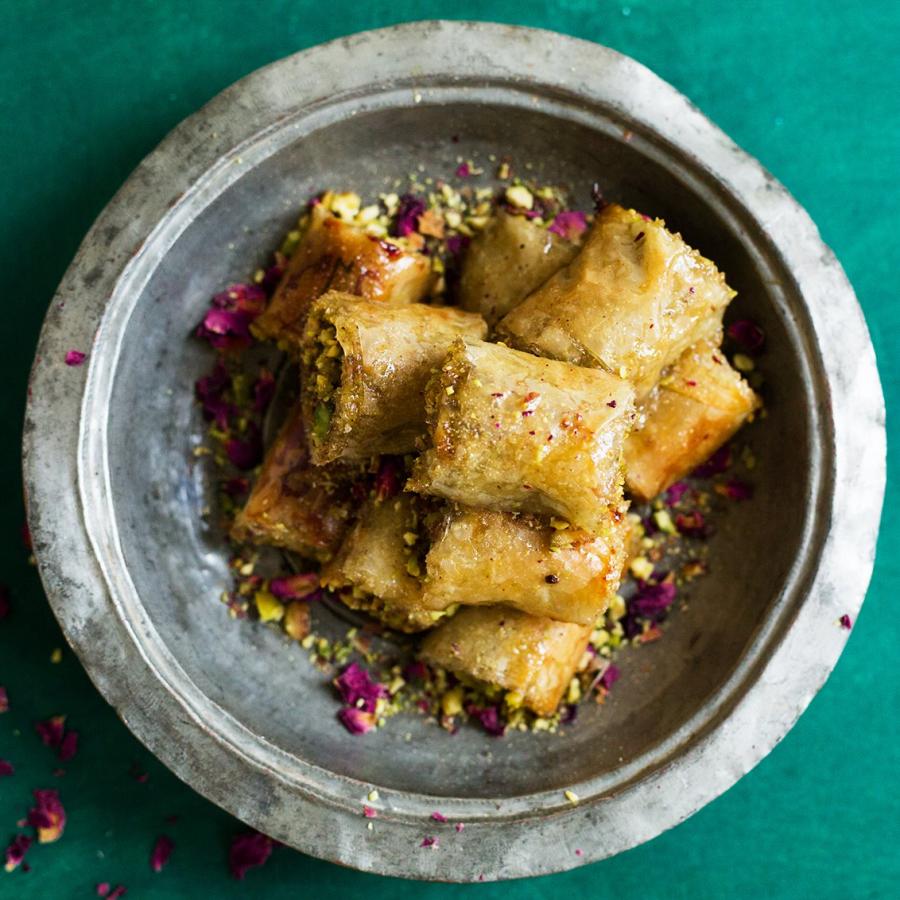 Rose had been living in Damascus since September 2010, learning Arabic with a view to potentially pursue a career in journalism or the aid sector. That suddenly changed when the civil war broke out in March 2011 and she was forced to leave Syria two months later. “I found myself unexpectedly back in the UK. I felt helpless, removed from the friends we’d made, the people we’d met, the life we’d been beginning to build.”

Wanting to do something to help their friends in Syria, Rose and three friends – Louisa Barnett, who lived in Damascus with Rose, George Butler and Johnnie Barnett – decided to turn their mutual love of food into a fundraising event, holding their first supper club in July 2012. “It was complete chaos,” Rose remembers, “but great fun.”

The foursome cooked up a feast of Syrian dishes and charged friends £10 to attend the event. “The one thing we really found was that people wanted a route to be able to help, they just didn’t know how to,” says Rose. “We found there’s a lack of trust in larger aid organisations and charities – just think of some of the news stories in recent years. The supper club gave our friends a simple, easy route to help.” 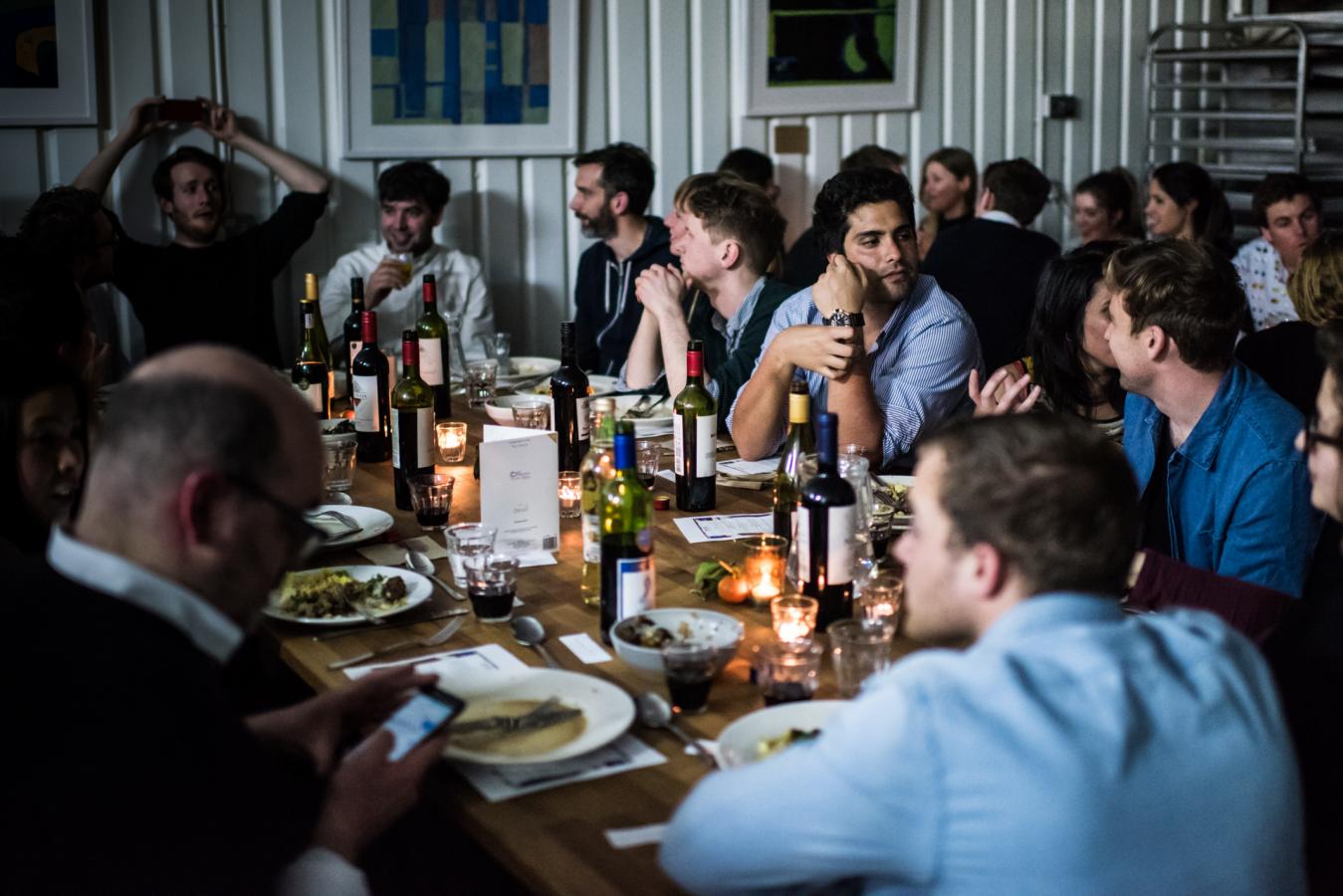 The Supper Club continued on a monthly basis and over time the movement gained momentum – so much so that Hands Up was registered as a charity in 2014. The team’s work focuses on community fundraising, uniting people around common causes to raise invaluable funds for projects in Syria and surrounding countries. Hands Up’s primary fundraising initiatives are The Syrian Supper Club, Singing for Syrians, Cinema for Syria and MarmalAid – puns and alliteration are another common theme, Rose notes.

A relatively new initiative, Cinema for Syria began this year. Over seven months, a programme of six film screenings was curated by Syrian film director Soudade Kaadan in partnership with Leighton House Museum, showcasing stories about Syria and works by Syrian directors. Similarly, Singing for Syrians brings people together through music. Hands Up encourages choirs, bands, individuals and schools to arrange musical events to fundraise as well as organising their own concerts. Last Christmas, the team arranged a carol service at St Margaret’s Church, Westminster, and raised over £25,000. 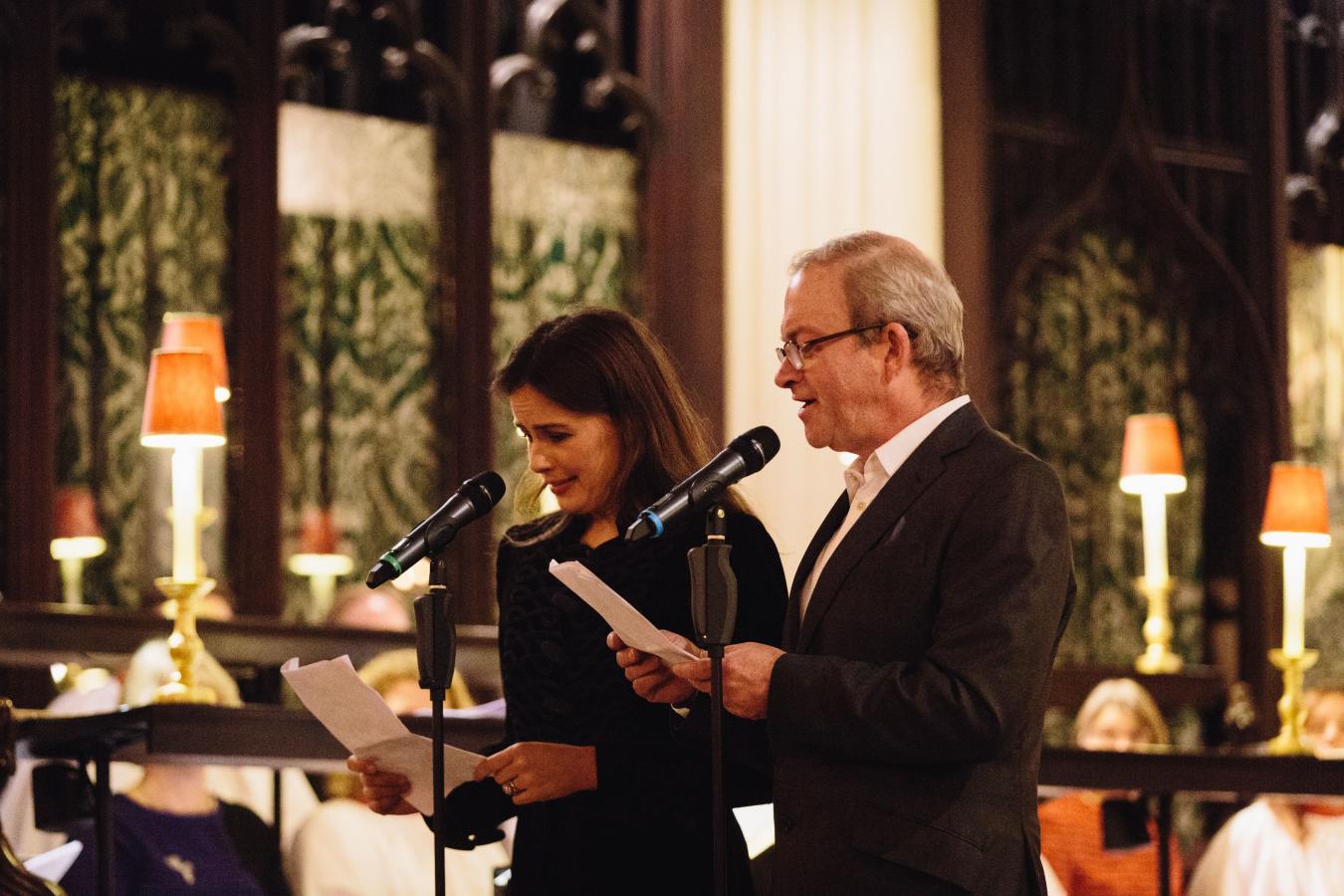 MarmalAid works a little differently. While living in Damascus, Rose and Louisa spent a lot of time making marmalade with a Syrian flavour from the bitter Seville oranges that grew in the courtyard outside of their home. Back in England, they continued developing their recipe, making over 200 jars in one weekend to sell. Realising this production method wouldn’t be sustainable at scale, they took their product to the next level, entering the World’s Original Marmalade Awards where one of the judges loved the idea and offered to takeover production with a collective in Cumbria. Able and Cole make a version of the recipe, or you can buy online. 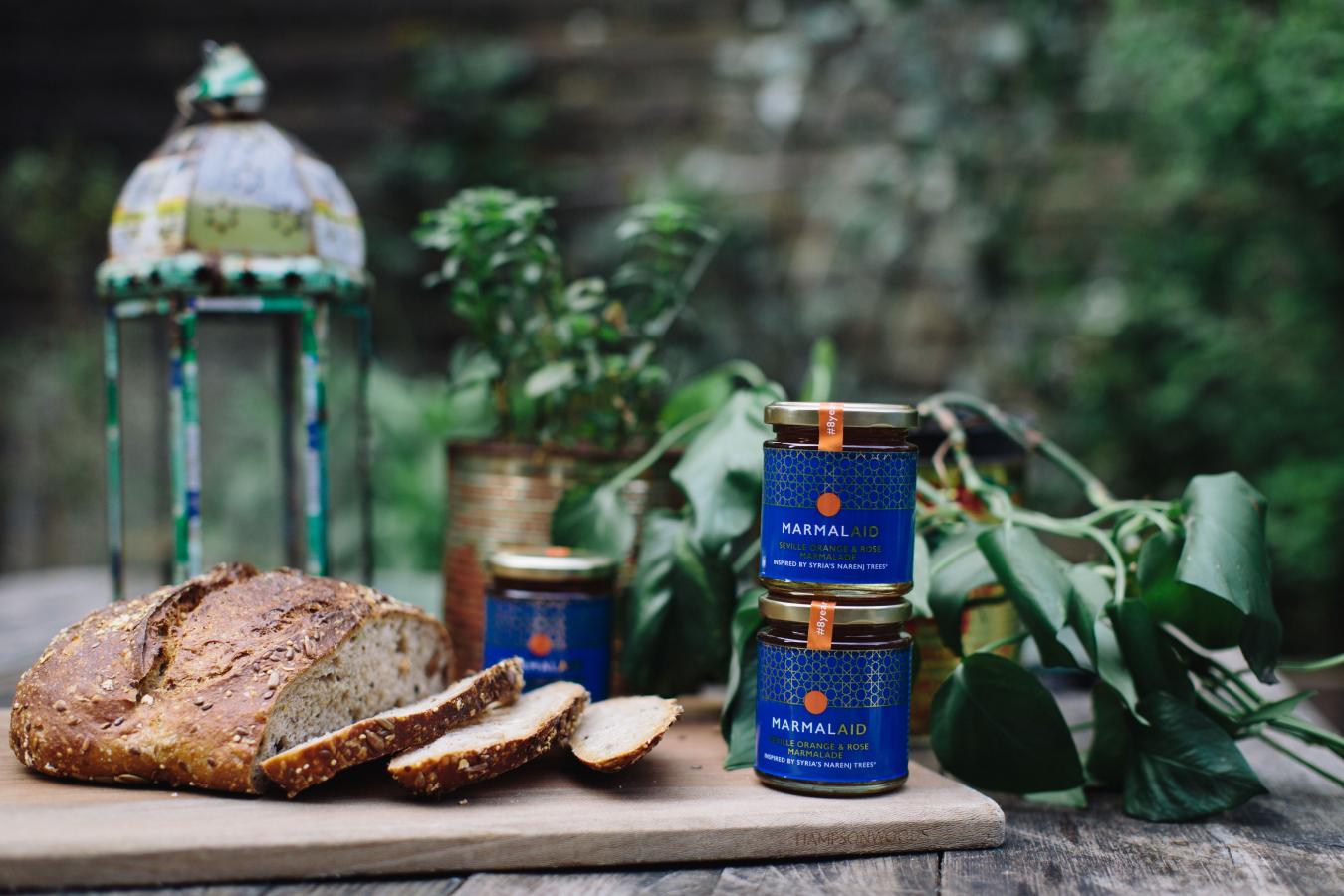 The Syrian Supper Club is the charity’s longest running initiative and it raises between £60-70,000 a year. There are currently three volunteer-led supper clubs in London, as well as one in Bristol, but anyone can organise and host an event themselves anywhere in the world. “The Supper Club puts the power back into people’s hands to do something tangible themselves,” says Rose; “anyone can do the same at home.” There are menus, resources and even an online ticketing platform to make use of for those who want to set up their own event and you can always get in touch with the team directly.

“The thing about food is it’s an amazing leveller. You have all these people sat at the same table, eating the same food. Mezze-style food is all about sharing, and it facilitates a platform for discussion in a safe, positive environment,” says Rose.

Working with various partners, Hands Up funds projects both in Syria and surrounding countries. “We’re quite specific about who we support and how we support them,” says Rose. 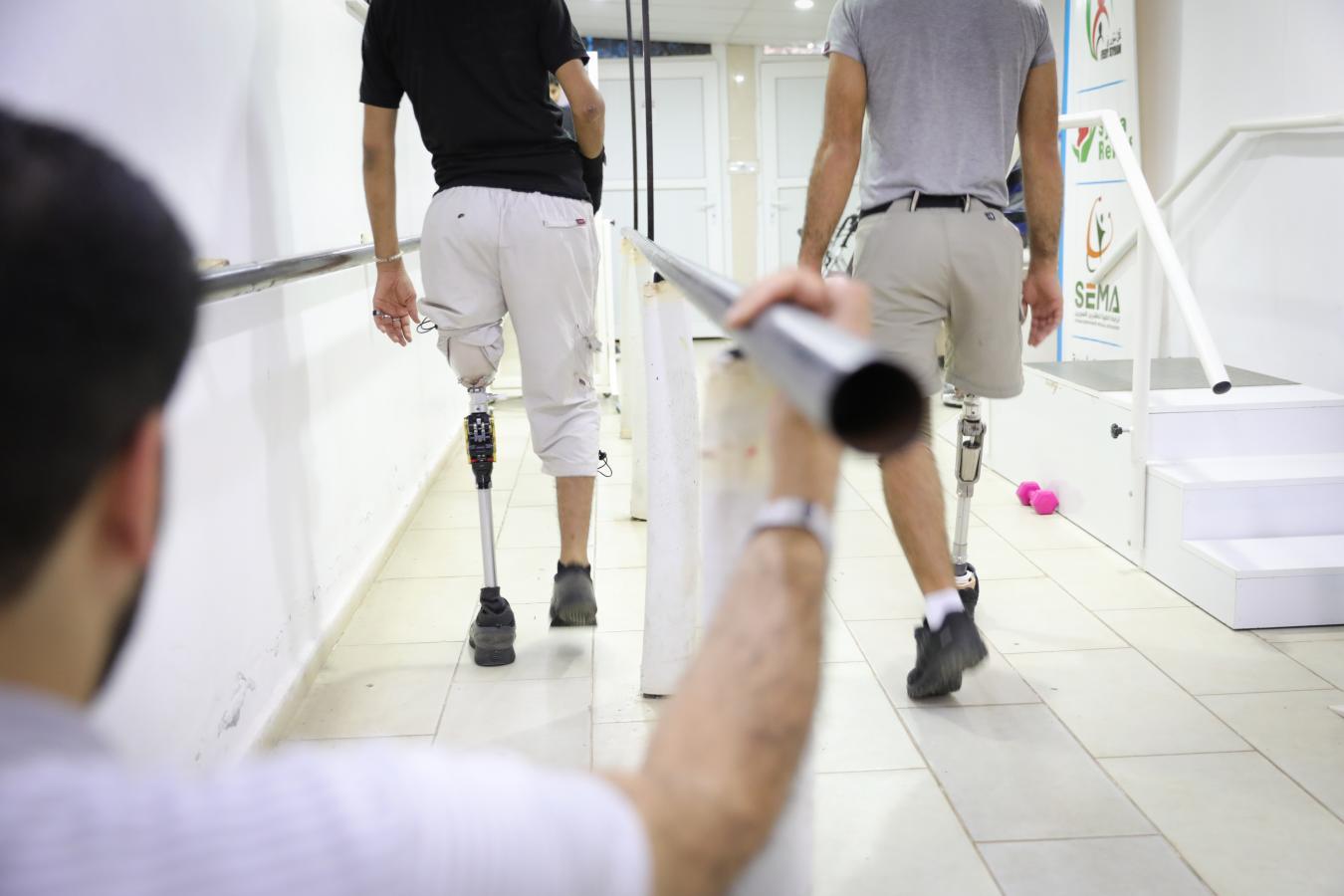 Funding the salaries of doctors and teachers is a priority for the charity; “We want to try and keep these Syrian professionals in the communities where those skills are so desperately needed,” Rose explains. Hands Up wants to provide long-term support and funding to those communities that need it most. “We don’t want to go in with a grant for a year and then leave; we want to know the staff, cleaners and technicians we’re supporting; we want them to stay and rebuild the stability and infrastructure that’s so desperately needed.”

Hands Up has also supported the National Syrian Project for Prosthetic Limbs for three years. Funding the costs of staff salaries, materials and rent for the clinic in Bab al Hawar, Rose says the project “helps people to get back on their feet, back to work, or at least able to move around with more pride and dignity.” They shared the story of one determined ten-year-old, Rayan, who was treated free of charge at the clinic.

“One thing I’d say we offer is that we do the due diligence for you. We find the projects that have a heck of a lot of impact on the communities they’re based in,” Rose says.

Things are only getting busier for the team with a new initiative beginning in September. Each month, members of The Syrian Kitchen Club will receive a beautifully designed recipe with a story straight to their inbox. Accompanied by 5 songs that the creator loves to cook to, after 12 months members will learn to make delicious dishes from Syrian chefs and friends of the foundation, along with a fabulous playlist of music to enjoy them with. 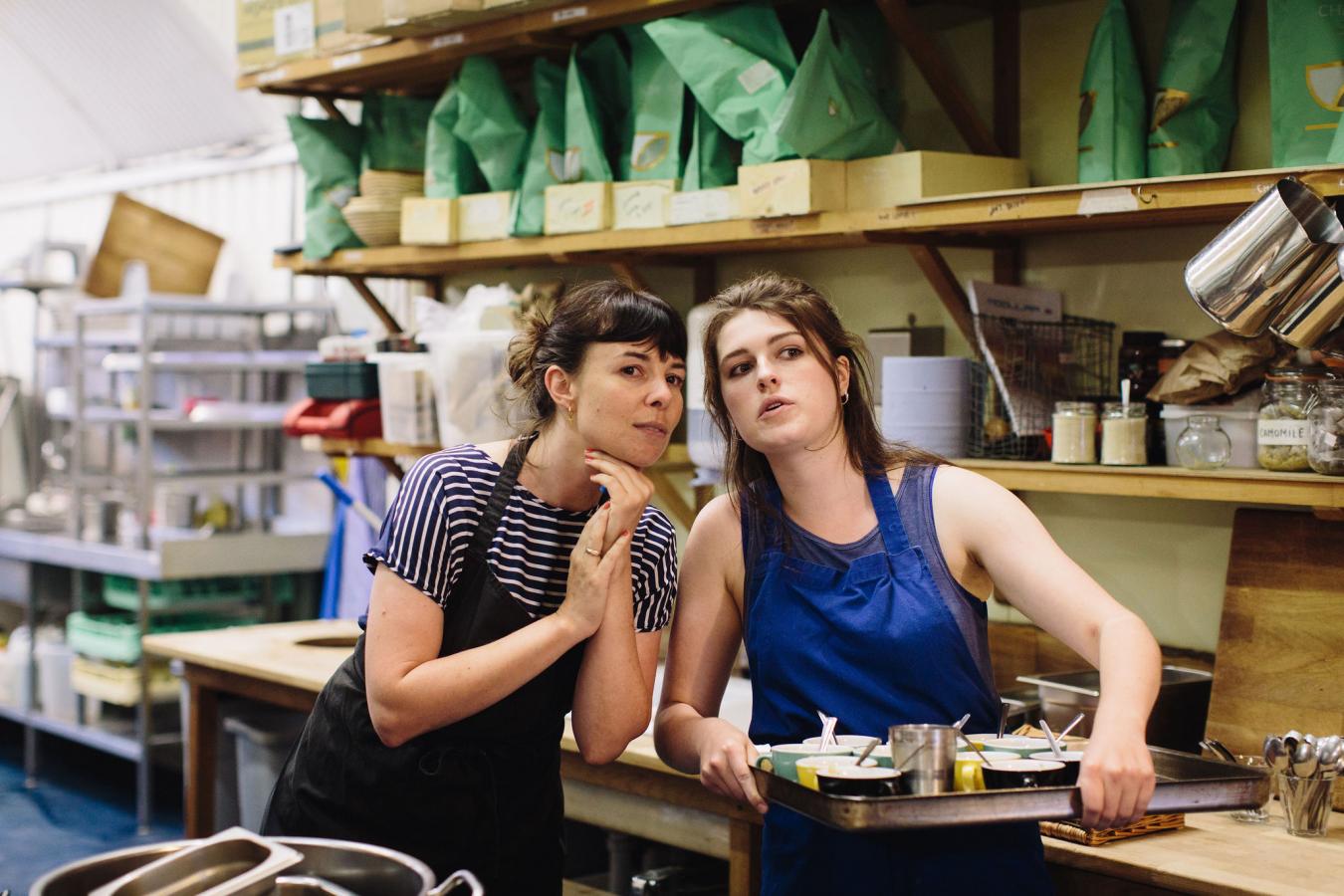 Hands Up has found there’s a huge appetite for the events they run. “Our events-based approach is about positivity. We want to remind people of Syria’s rich culture rather than guilting people into engaging with the topic,” says Rose.

If you want to support Hands Up, donate online.

Read The Circle NGO’s focus on the challenges facing women reporting from the front line of conflict zones.

Find out how to nurture the connection between food and mental health.

Check out our sustainable events calendar to find out what’s coming up.

Serve up these delicious crispy chickpea snacks at your next dinner party.

Met Gala 2019: Livia Firth Wears Richard Quinn for the Green Carpet Challenge
"We Are the Earth": How Cooperation with Indigenous Communities Can Change the World
Life As I Know It: Eshita Kabra
Fashionscapes: Artisans Guatemaya