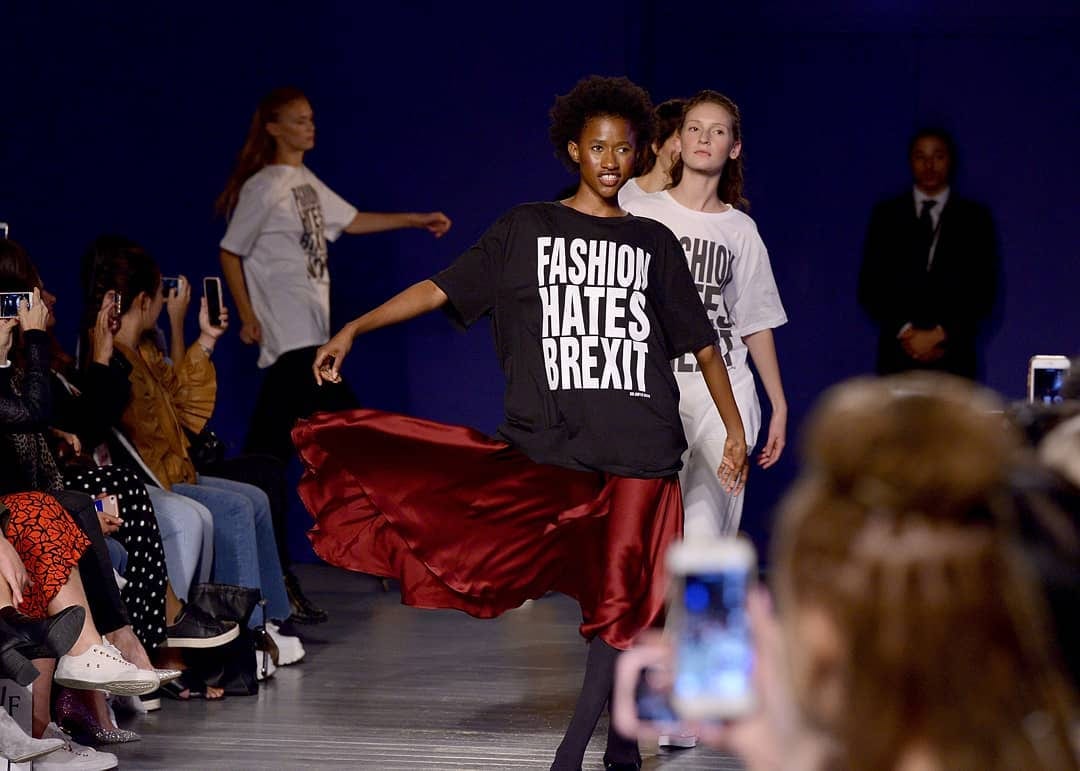 How Could Brexit Affect the British Fashion Industry?

As Britain’s exit date from the EU arrives, the consequences of the nation’s decision to depart remain unclear. Tamara Cincik, founder and CEO of Fashion Roundtable, looks into how the fashion industry could be affected in the aftermath of Brexit as well as the measures needed to ensure a sustainable future for garment workers in the UK.

However you may feel about Brexit, the UK’s departure from the EU on the 31st January means that after nearly four years and two general elections, the exit date is finally here. A survey by Fashion Roundtable found that 96% of those working within the fashion sector voted remain – a figure so powerful the sustainable fashion pioneer Katharine Hamnett put it on one of her iconic slogan t-shirts. For voters industry wide, navigating a post-Brexit British fashion industry raises a wealth of concerns; in partucular over the industry’s reliance on EU garment workers.

Having UK-based garment production facilities plays an integral role in creating a more sustainable future for the British fashion industry, helping to combat the unethical and environmental issues faced by the manufacturing overseas. In recent years, the practice of ‘rightshoring’ has gained popularity, along with an increased interest in moving garment production back to the UK.

Initiatives such as The East London Fashion Cluster, created by CEO of Fashion Enter Jenny Holloway, are focusing on training and sampling in local garment factories, setting out to shorten the fashion supply chain by shifting the manufacturing process to our home country. By creating a local eco-system whereby each stage of the process, from design to delivery, can take place within just a few miles, the carbon associated with the clothing is dramatically reduced. This is a crucial development for a lower impact fashion industry which, with the right regulations in place, could thrive within the UK’s post-Brexit economy retaining talent, reducing air miles and enabling over 57,000 UK fashion small and medium-sized enterprises (SMEs) to prioritise transparency. 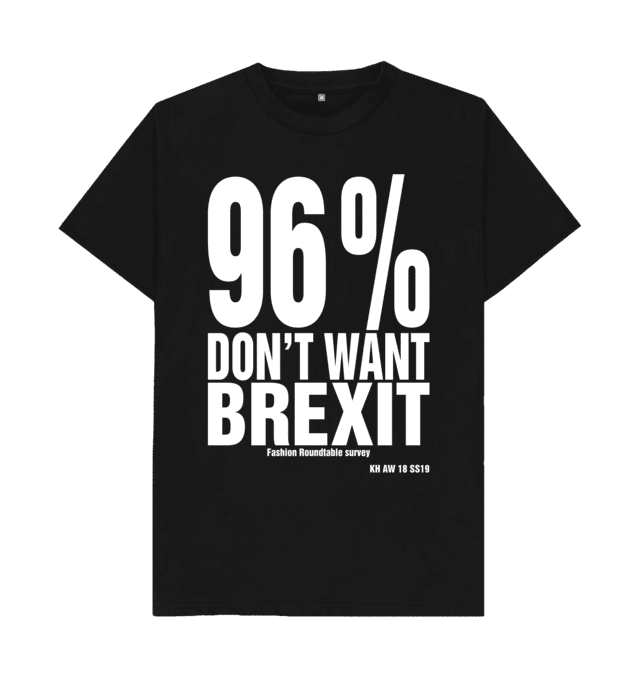 What threats does Brexit pose for UK fashion industry?

Despite the possibilities that a thriving UK fashion industry could generate, in the face of Brexit there is a growing concern for the large proportion of garment workers with EU passports, many of which have emigrated from Lithuania. Immediately after the referendum, The East London Fashion Cluster lost workers. Rising xenophobia within the UK meant that many felt unsafe continuing their work here and triggered an exodus of garment workers back to the European mainland. As more factories open across Lithuania and other European countries, coupled with a lack of clarity on European workers rights post-Brexit, fears over the future of the UK’s local fashion industry are growing. “The visa issues for garment workers reflect how far removed the government is from the industry today,” said Jenny. “They have no perception of it whatsoever.”

But what impact could this loss of international workers have on the country’s budding fashion industry? The crux of the matter is that the UK relies heavily on garment workers from the EU; something that is in part down to the STEM education agenda which has been a part of UK education policy since 2008. Results from the Joint Council for Qualifications show that between 2010 to 2019 in England there was a decline of -38% in the number of GCSE entries within the arts. This creates a subsequent lack of education in the skills required for the current fashion industry, leaving us unprepared and understaffed should the demand for more UK-based fashion manufacturing increase.

In a meeting at the Houses of Parliament for the All Party Parliamentary Group For Textiles and Fashion (for which Fashion Roundtable are secretariat) we brought the Home Office, the Migration Advisory Committee (MAC – a non-departmental public body sponsored by the Home Office), the then Immigration Minister Caroline Nokes MP and policy advisors together with stakeholders including Burberry, the Association of Suppliers to the British Clothing Industry, numerous factory owners and Kate Hills from Make It British.

“Retailers are looking to produce in the UK, but manufacturers are limited on resources and cannot meet the demand,” Kate explained at the meeting. “One of the main constraints to growth is the lack of skilled workers. Garment manufacturing currently generates £9bn to the economy, a figure that could double if manufacturers could employ more staff. Many manufacturers in the UK are micro-companies, which employ less than 10 members of staff, yet if retailers are not able to satisfy their demand from UK manufacturers they have an incentive to move to suppliers in other EU countries.” 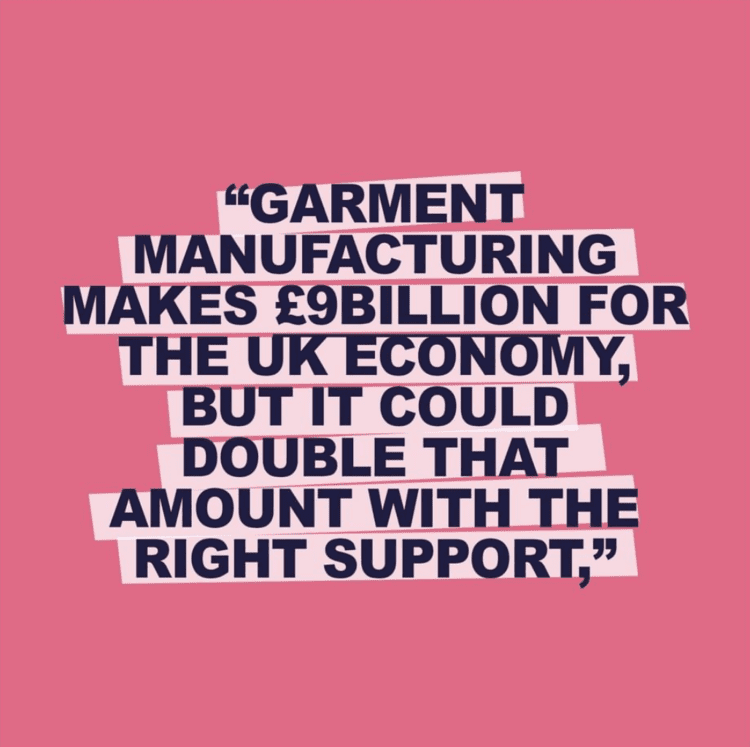 Will EU-based garment workers need a visa after Brexit?

A paper produced by Fashion Roundtable on the issue at hand states that after Brexit, “free movement between the UK and EU member states will cease and EU citizens seeking to move to the UK for permanent employment will require a visa.” Without the legislation in place to support visas for EU garment workers, we are in danger of destroying an industry that is beginning to wake up to the importance of transparency, as well as encouraging more work back to the black market of dark factories.

Under the current visa system, the visa utilised for general work is called a Tier 2 visa. Obtaining this type of visa has a number of requirements including an annual salary threshold of £30,000, sponsorship from a certified organisation, skills requirements and a citizen test. Currently, the government sets the minimum skill level needed to obtain a Tier 2 visa at RQF (Regulated Qualifications Framework) level 6 for most occupations – a qualification equivalent to that of an undergraduate degree. Though machinists and garment manufacturing workers are currently listed as RQF level 3, Fashion Roundtable argue that these workers are actually highly skilled, capable of over 14 different techniques needed to make a garment. Fortunately, and thanks to different campaigns to protect worker’s rights post-Brexit, the Home Office have since reduced the RQF requirements for Tier 2 visas from RQF 6 to RQF 3 after the end of the EU exit implementation period.

What is the Shortage Occupation List and how could it help?

While the Tier 2 classification does provide a number of barriers to international citizens accessing jobs in the UK, there are also systems in place to ensure that immigration is supporting the UK economy. One such system is the Shortage Occupation List (SOL). Compiled by the Migration Advisory Committee, job roles that have a distinct lack of people able to fill them in the UK are included in the SOL and are therefore exempt from a number of requirements.

After surveying industry stakeholders, Fashion Roundtable found that more than 80% of respondents throughout the garment production industry currently had unfilled machinist vacancies, and out of the manufacturers who have openings, the number of vacancies accounted for an average of 65% of existing positions.” One respondent even reported six open positions for every position filled. When asked whether the UK currently has sufficient domestic skill and interest to fulfil the empty roles, more than three quarters of the surveyed stakeholders answered ‘no’. While the survey did recognise that investing in local skills as opposed to relying on international labour should be a priority, it also picked up a lack of interest within the UK workforce for machine operating jobs – suggesting that providing training is not a solution for the skill shortage.

This high number of vacancies is affecting every factory owner we spoke to across the UK from Leicester to London and highlights how the industry could in fact grow with the correct policy support in place. The UK has the potential to be the sustainable fashion global leader but without these policies there is a danger of losing its workers, and consequently its capacity and reputation, within just a few years. In light of the findings from our survey, Fashion Roundtable outlined key recommendations within a policy paper, advocating for garment workers to be added to the Shortage Occupation List (SOL) for visas. 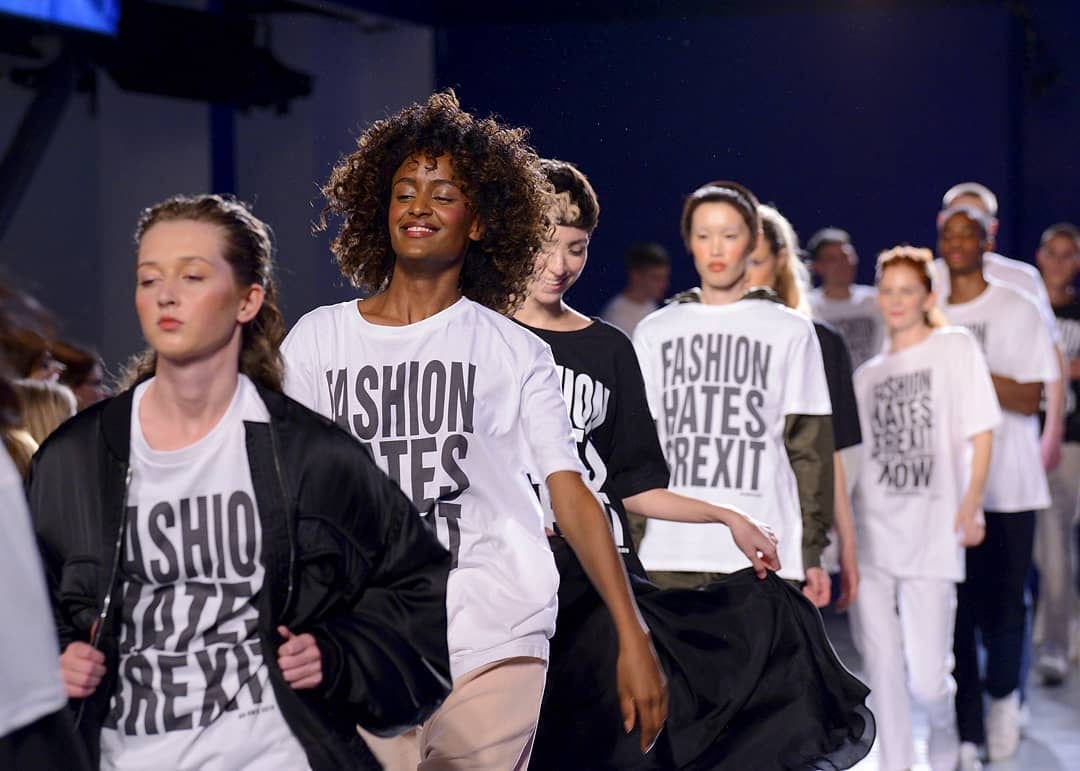 What are the barriers to getting this legislation passed?

Yet the main barrier to putting garment workers on the SOL is that for the Migrant Advisory Committee, any assessment of current shortages is regarded as unlikely to be accurate once the new immigration system is in place after Brexit. This means that they will not be reviewing the list for the time being. Officials have proposed to scrap the skill level requirements for Tier 2 visas and the Resident Labour Market Test – which requires employers to publish two job adverts to make sure that there are no suitable workers already living permanently in the UK. Any new system will need to be in place for sufficient time in order to highlight how it is working, before then reviewing whether the SOL is still needed, and, if so, what the advantage from being on the SOL should be. Only after a conclusion that the SOL is still needed would there then be a review of which occupations are on it.

For Tier 2 visas post-Brexit, the Migrant Advisory Committee recommends that while salary thresholds should stay the same no matter the geographical location, the general threshold should be lower to reflect the expansion to include medium-skill jobs at RQF level 3 or above. However, an estimate based on 2019 figures suggests that the general threshold would be about £25,600, which still places Tier 2 visas out of reach of most garment factory workers. Furthermore, the decision to not vary the salary threshold based on location means that many workers across the UK would be even less likely to qualify, since evidence shows that a worker in London generally earns more than one in Wales, Scotland or Leicester. “In my opinion the threshold of £25,600 would still not cover the majority of skilled garment machinists inside of London,” says Kate Hills from Make It British, “let alone elsewhere in the UK.”

And finally, what does this all mean for the future of UK manufacturing?

If the visa regulations don’t change to fit the post-Brexit climate, the sustainable progress that the UK fashion industry is making towards shortening their supply chains is at risk of being halted by a lack of resources, or even worse; reversed. “These recommendations are unworkable and will drive the workforce underground even more than it is now,” comments Jenny Holloway. “The Shortage Occupation List must include stitchers, cutters and pattern makers – the government is too far removed and does not understand our industry which contributed to a whopping £101.5bn in 2017 as part of the creative industries. That’s more than 5% of the GDP.”

For me, a coherent education, immigration and business government strategy is necessary to secure the prosperity of the fashion sector – with a new framework that provides certainty for existing manufacturers and allows for necessary investments for businesses to grow. Better monitoring and regulation of labour conditions, including those of machinist workers, could ensure safe and transparent labour, minimising undocumented workers seeking jobs in exploitative and unregulated factories. It is crucial that over the next year’s transition period, our time is spent lobbying local MPs with hopes for businesses and the wider industry – ensuring that the future of UK manufacturing is safeguarded.

See our takeways from The Circle NGO’s 2019 Living Wage Report.

What is Boris Johnson’s stance on the environment?