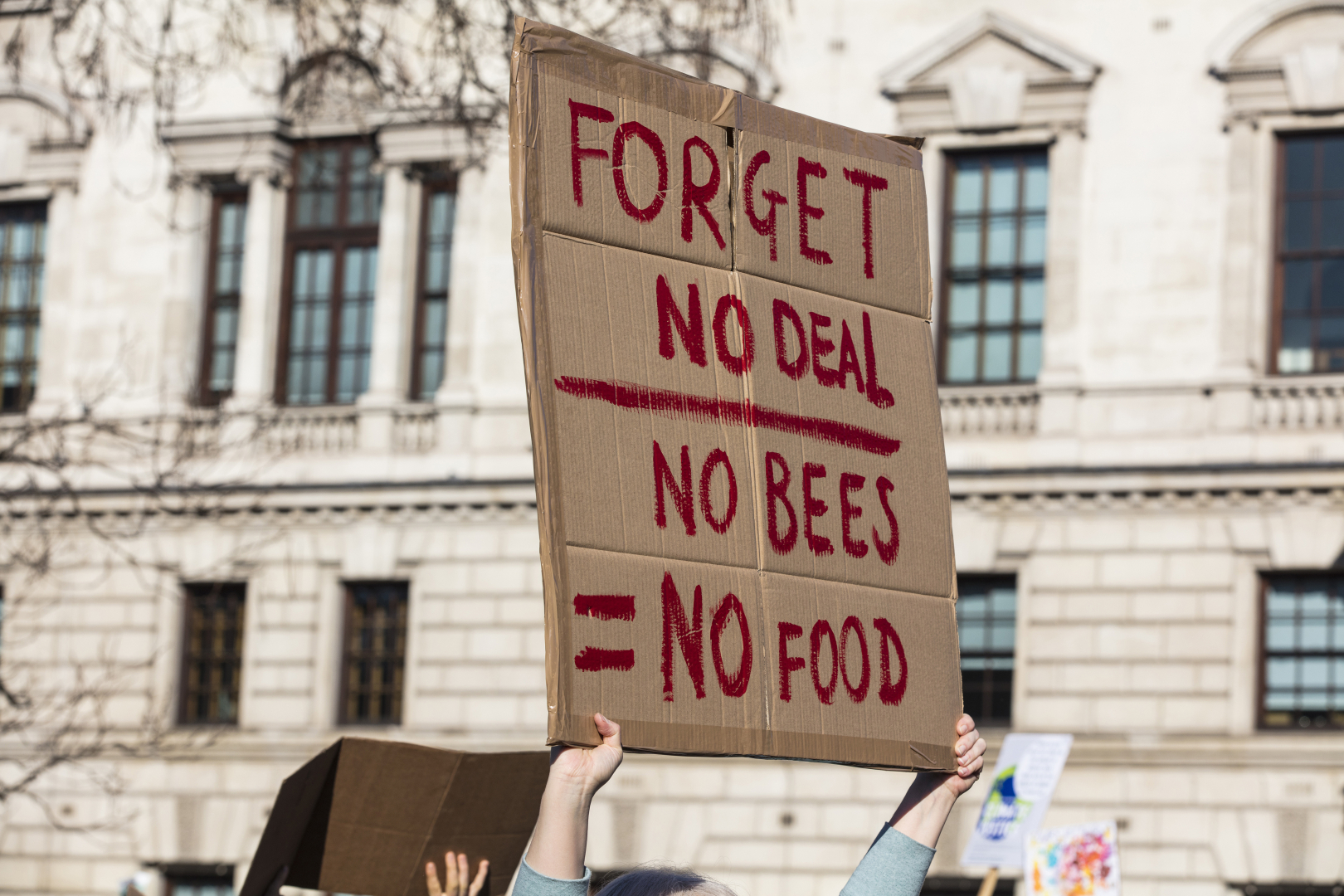 How Could A No-Deal Brexit Affect The Environment?

The UK’s current deadline for leaving the EU is just three weeks away. Sophie Parsons attended a recent Movement Building Workshop focusing on farming, food and climate justice. Held by the Landworkers’ Alliance to investigate how a no-deal Brexit could impact our food system and environment, she shares her takeaways.

As the Brexit deadline looms ever closer, uncertainties around how exactly the UK is to leave the EU remain unanswered. Though the current date for the UK’s planned departure from the EU is the 31st October 2019, there is still little clarity as to the terms on which this will happen, with the stark difference between leaving on a deal or no deal arrangement underpinning much of what would change for us here in the UK. Given the current climate crisis, one of the most important considerations, are the repercussions Brexit could have on the environment.

At the most simple level, Brexit’s effect on the climate crisis could come as a result of weakened relations between the UK and the EU; Britain has been fundamental in instilling strong EU climate regulations, introducing domestic policies such as 2050 net-zero carbon emissions and the Climate Change Act which, in turn, inspired other EU countries to follow suit. As the Brexit deadline approaches, it is feared that any time dedicated on climate action will instead have to be dedicated to re-establishing British laws. This is despite findings from a recent poll stating that 71% of Britons felt that climate change was a more pressing long-term issue than Brexit. 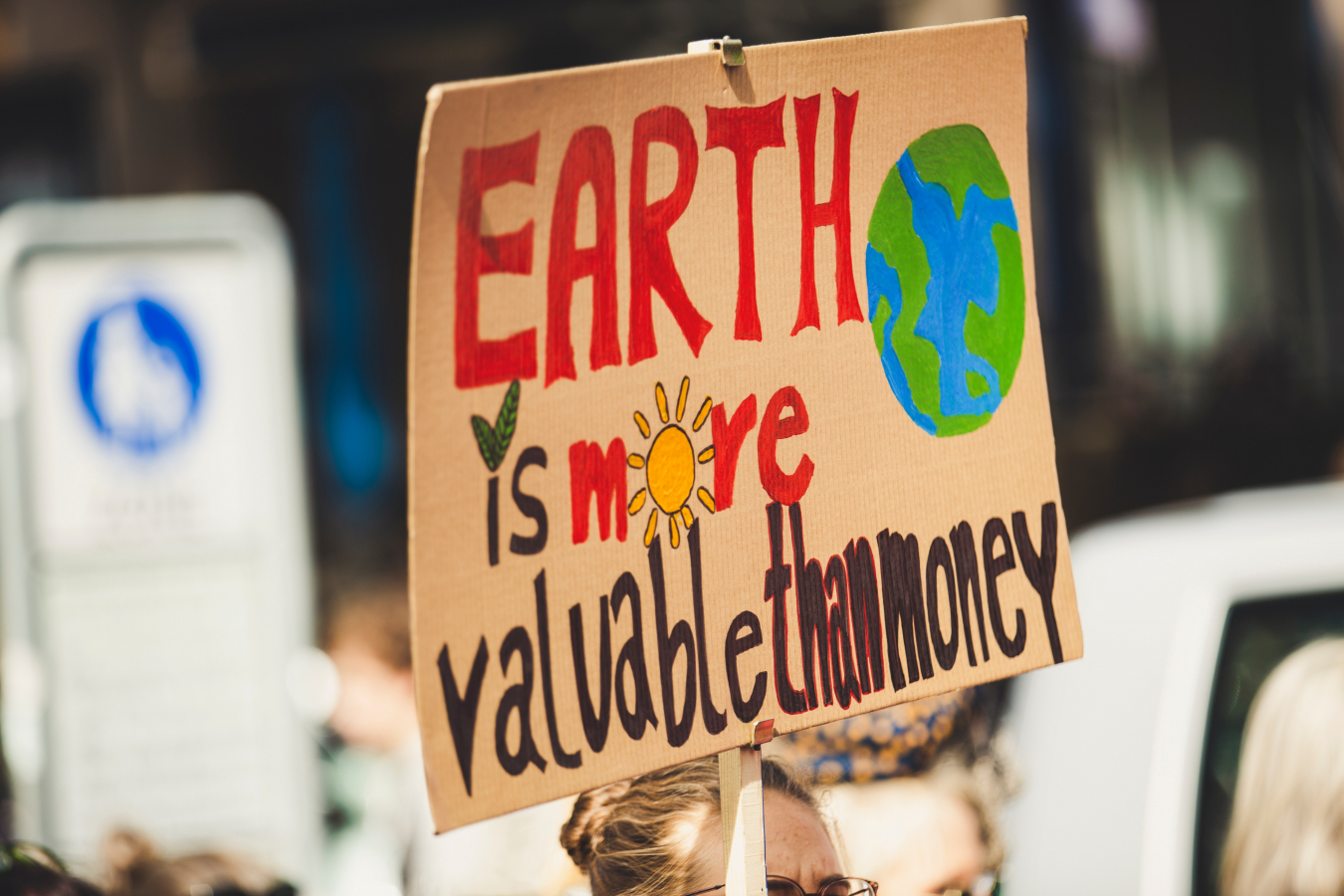 According to the UK government’s website in the event of a no-deal Brexit, there will be “no change to the UK’s deep commitment to domestic and international efforts to tackle climate change”; plans and pre-made commitments to reduce carbon emissions and a focus on green energy will continue to remain a priority. Though we will no longer be a member of the EU, Brexit will not affect our position on international climate change agreements, such as the Paris Agreement. It has also been stated that should the UK leave the EU without a deal, the government will introduce a Carbon Emissions Tax in order to help meet greenhouse gas reduction commitments made under the Climate Change Act 2008.

In addition to the feared changes Brexit will have on migration, travel and our health services, there is a significant lack of clarity as to how Brexit will coincide with any climate action, with current agricultural and trade laws subject to the terms in which we leave the EU. Much of the current laws surrounding food imports and growth in Britain are governed by the EU – and it is these regulations that, in turn, ensure our chicken is unchlorinated, that antibiotics are not prescribed to livestock on a mass scale and that GM crops are limited, if not banned. In the event of a no-deal Brexit, many of these laws will be up for debate and likely change.

At a Farming, Food & Climate Justice event held by The Landworkers Alliance, ex-Labour MP Nick Palmer discussed how new trade deals could affect environmental and animal welfare, with the contrast between the EU and the US being a significant focus of the conversation. `In the event of a no-deal Brexit, trade, imports and tariffs will be more aligned to those of the rest of the world, in particular the US, than to the rest of Europe. It is this change in imports which could cause the greatest change to our produce; cheap imports from America and Asia could see a lowering in quality, organic goods that could consequently undercut much of British agriculture. One major concern is the use of antibiotics in agriculture in the US, with usage being “three times higher in chickens, double that for pigs, and five times higher for turkey” than in the UK. Not only does this pose ethical and health concerns, but an increase in importing produce over opting for locally grown goods means an increase in carbon emissions linked with our food.

Another Brexit focused talk at the Farming, Food & Climate Justice workshop, held by Liz O’Neill of GM Freeze, discussed the implications Brexit will have on the UK’s approach to genetically modified crops and food imports. As it currently stands, EU rules require a case by case risk assessment for GM goods, despite this being seen as a non-tariff barrier to trade by much of the rest of the world. It was highlighted how, as a result of the EU’s tight rules on traceability and labelling of GM foods, much of our branded food has a different recipe to its American counterparts. For Prime Minister Boris Johnson, Brexit offers the opportunity to “liberate the UK’s extraordinary bioscience sector from anti-genetic modification rules”. Whilst there are arguments both for and against GM pest-resistant crops, it is the removal of transparency which the EU currently enforces which could be the biggest cause for concern regarding future food imports, as labelling of GM ingredients will no longer be required by law. 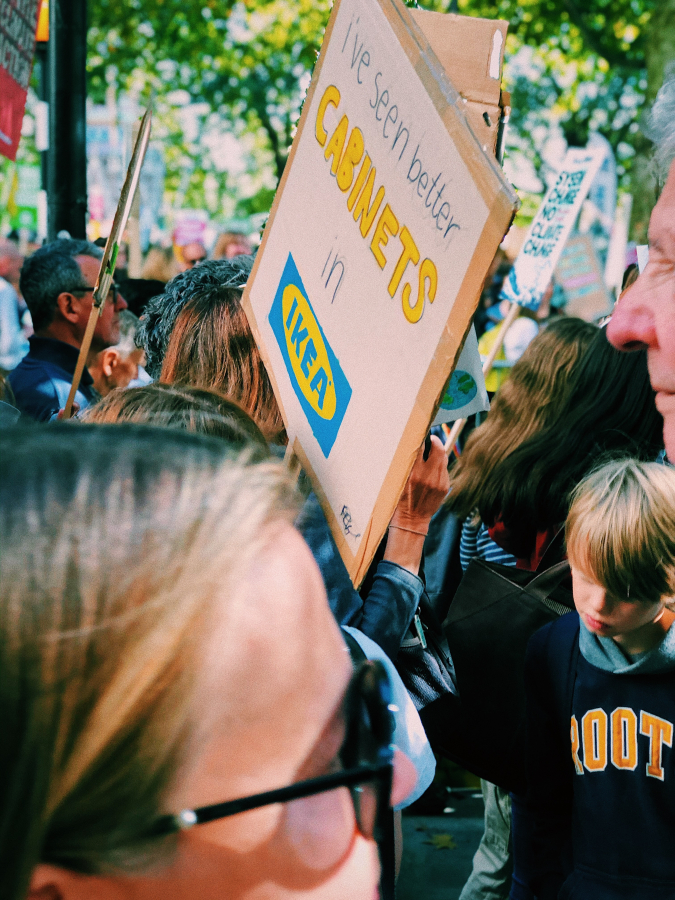 On a more positive note, in 2018 Michael Gove put forward legislation that aims to deliver a cleaner and healthier environment for future generations following the UK leaving the EU. The Agriculture Bill describes how farmers will be compensated for their commitment to public goods, including better air and water quality, animal welfare standards and soil health. According to the British government, the new system will ensure that farmers committing to working towards environmental change will be rewarded for “laying the foundations for a Green Brexit.”

For many, Brexit has always been grounded in issues of migration and a desire for independence from the EU, with little focus on the environmental impacts of our withdrawal. However, following the global protests that took place around the world on September 20th and Extinction Rebellion beginning their second large-scale protest outside of Westminster this week, the crossover between politics and the environment seems ever-pressing and unavoidable.

Find out more about Boris Johnson’s stance on the environment.

Read about how Brexit could impact the creative and fashion industries.

For a simple breakdown of what Brexit could mean for the progress within business.

The Commonwealth Fashion Exchange at F4D's First Ladies Luncheon
From Nylon Waste to Fashion: How The ECONYL® Brand Became A Pioneer Of The Circular Economy
What is the Problem with ‘Sustainable Fashion’?
All the GCC Looks at the GCFA, Italia 2018