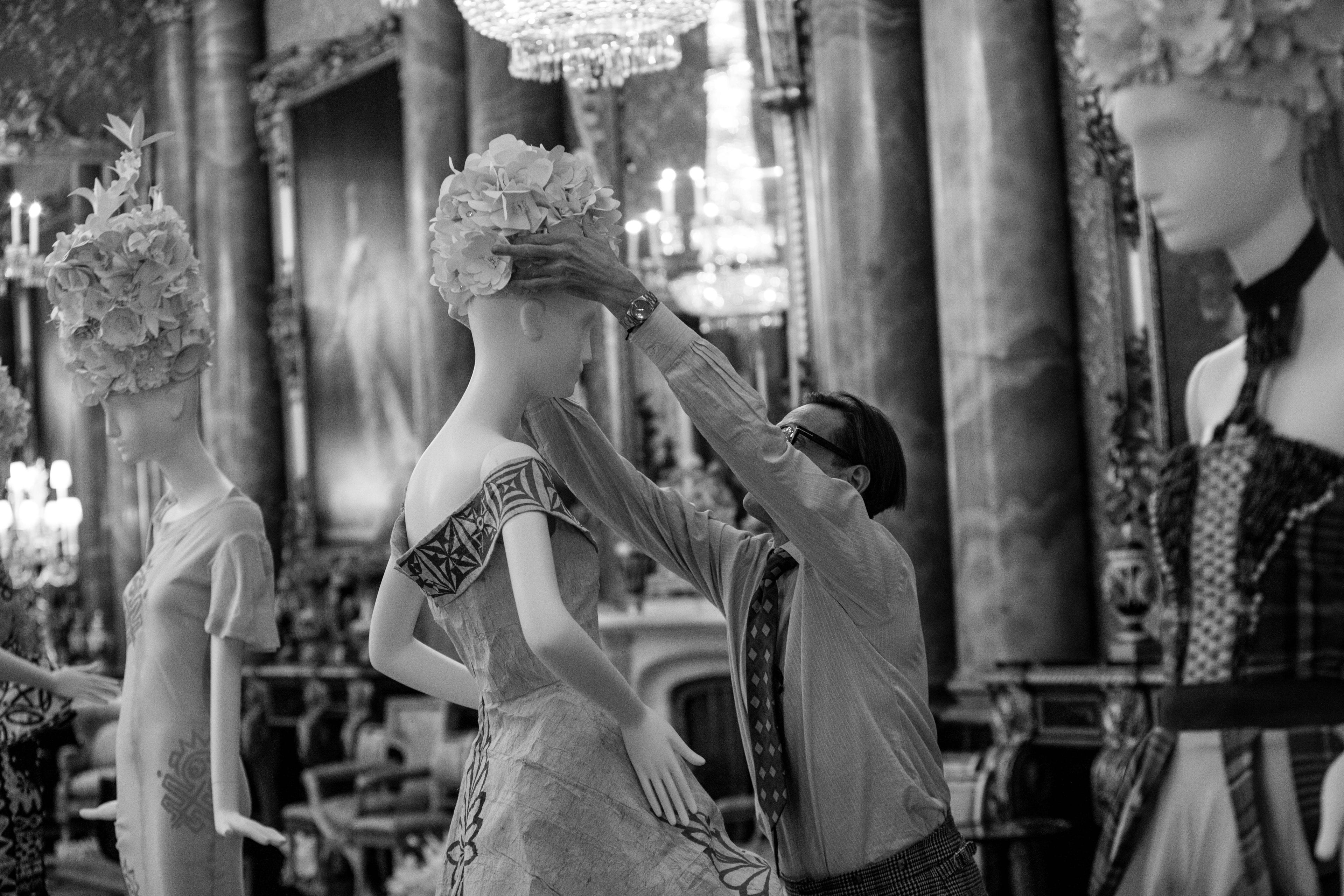 How Dresd Is Fighting the Film Industry’s Waste Problem

BAFTA nominated short film The Blue Door showed for the first time that a film can be produced using 100% recycled and reclaimed materials. The Blue Door’s production designer Lynn McFarlane, managing director of Dresd, tells us how she hopes this will serve as an example for the rest of the film industry in how to become less wasteful, and shares how Dresd are working to overcome the industry’s challenges.

Last night’s glittering BAFTA award ceremony celebrated the best of film from the past year, bringing together some of the industry’s biggest names at London’s Royal Albert Hall. Amongst this year’s nominees was The Blue Door – a British horror short written and produced by Ben Clark and Megan Pugh and directed by Paul Taylor, which was nominated for the British Short Film award. The Blue Door’s success since it was released last year not only puts British Horror back on the cinematic map, but also hopefully signals the beginning of a new era for film production, as the film was the first to be shot entirely on a recycled and reclaimed set. In charge of the film’s set build was Dresd, whose managing director Lynn McFarlane was also nominated for a BAFTA-recognised Underwire Festival award for Best Production Design for The Blue Door in November.  Dresd – a sustainable events and production company – worked as the film’s art department, designing and building the set around the film’s storyline using 100% recycled and reclaimed materials – even down to the screws. Once filming was over, all of the set was returned to Dresd’s prop reclamation centre in Wales, where it can be hired back into the industry and repurposed for future productions. For anyone that doesn’t work inside the film and television industry, an assumption might be that this is what always happens after filming ends – the set is stored ready to be used again in the future. Not so, says Lynn, who was shocked to discover the wastefulness of the film industry after running a sustainable events company that built events from industrial waste. “We moved into the film and television industry because we were made aware that actually there is this massive monster of an industry that is wonderfully creative, but extremely wasteful as well,” explains Lynn, who says that generally film and television sets are completely destroyed at the end of filming a production.  “I would say that the main option, which is still the case in many, many productions, is that the set is just smashed to bits and put in a skip. There are companies out there that like to call themselves recycling outlets that then take it and burn it all, to no benefit at all – no waste to energy, they just burn it all.” 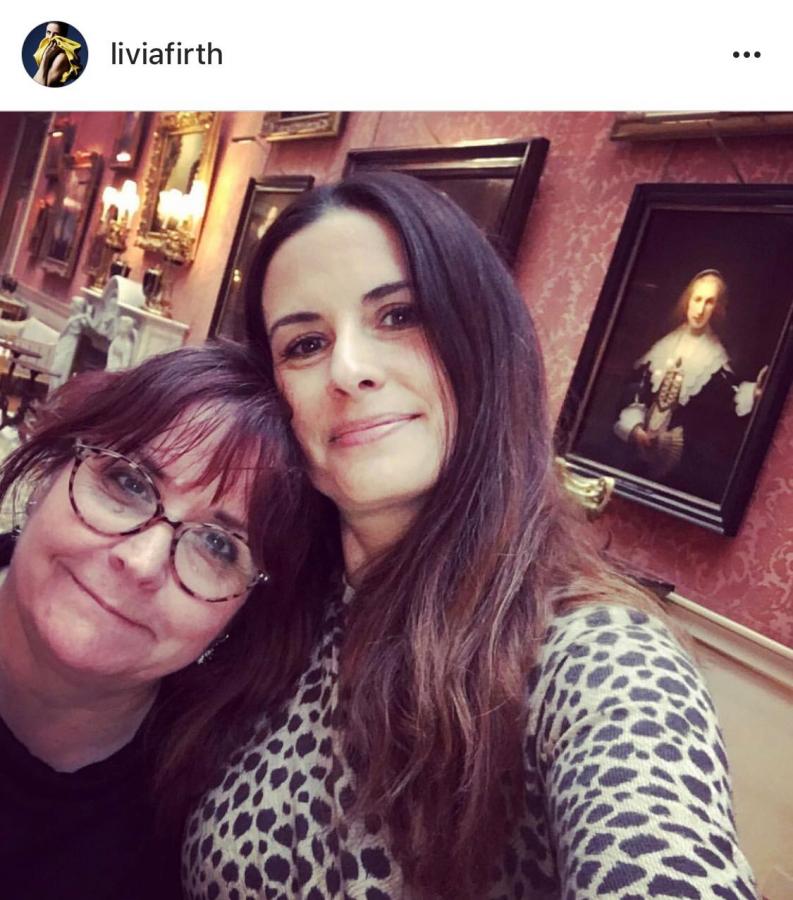 Dresd is fighting this waste problem by providing the broadcast industry with a viable, cost-effective and sustainable alternative to set waste being sent to landfill or waste to energy. Dresd collects and stores unwanted props in their huge reclamation prop store, and uses raw materials that are no longer needed, such as timbers and paper, to build sets for film and events.  For the Commonwealth Fashion Exchange at Buckingham Palace, for example, Lynn’s team used paper and plinths recovered from the film and television industry to create the set and the mannequins’ hats.

“We’re basically creating a full circle of reuse, nothing is going to waste,” says Lynn. “Anything that we don’t feel we can use (or we’ve got excess of) we share with film schools, colleges and universities.  Or if we’ve got anything that’s come in that we feel would benefit a local charity then we send to them; for example, used towels and blankets we send to the Dog’s Trust.” 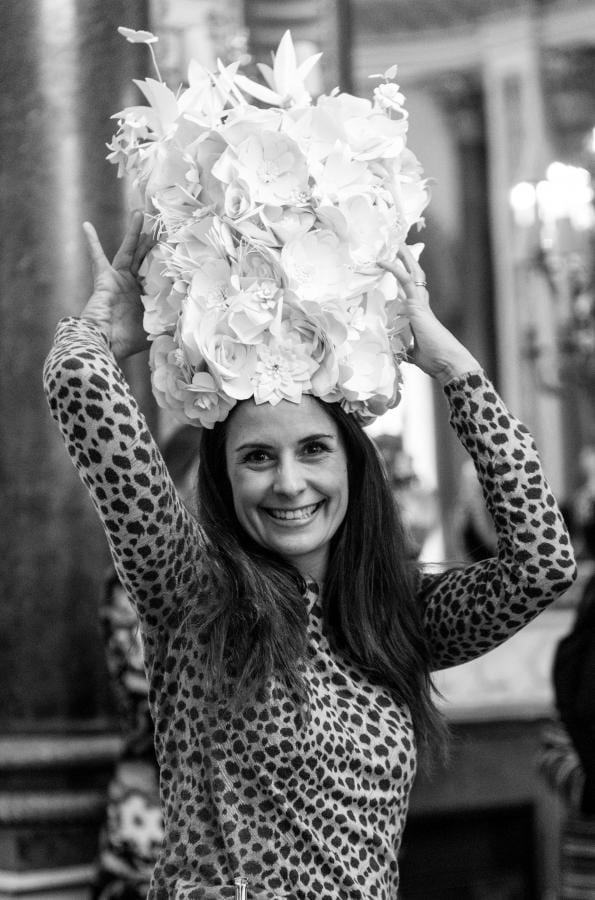 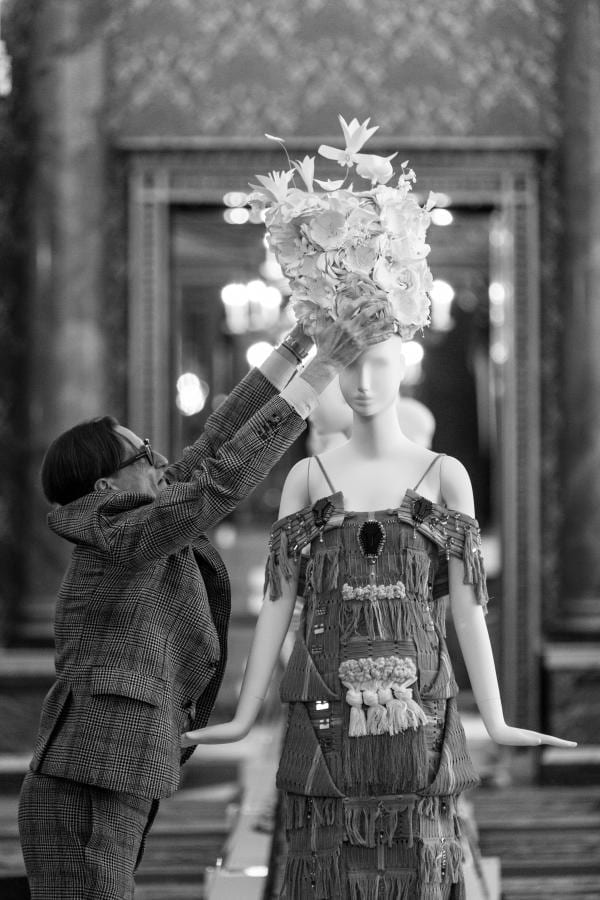 One of Dresd’s aims is to promote that you not only can recycle your film and TV sets but you can actually reuse them in another production – they can be rebuilt. “You know if you’ve got a flat with a window and a door, it’s going to fit into somebody else’s build and it saves a lot of money, it saves a lot of work, and at the end of the day it also saves the planet,” says Lynn.

“The reason we set out was to try and promote a greener side to filming, because the film and TV industries are absolutely renowned for waste. We’re only touching the tip of the iceberg, but the idea is to gradually show the industry how those changes can be made in a very fast moving place of work,” Lynn explains.  “As a company, we try to help them to not only sustainably create their sets, which is one of our main aims, but equally to sustainably dispose of it as well or store it. Often something is stored for a long period of time and then it’s smashed up and put in a skip – it could be a year later, it could be two years later, it could be 50 years later.  There are big companies that you would imagine would have a good sustainable practice but in actual fact they are the worst.”

While examples like The Blue Door and initiatives like BAFTA’s albert demonstrate that good practice can happen, it’s a long road ahead before this becomes the industry norm.  “We are on a very long journey trying to convince production companies that there is a different way forward,” she says. “In light of that we have worked very closely with BAFTA and the BFI in trying to promote sustainability, and work directly with TV and film production companies to show them ways that things can go on and be reused.”

Lynn cites BBC television series Poldark as an example of where she would like production companies to get to, with the art director passionate about building the production as sustainably as possible each year, using props and materials from Dresd’s stores. “The art director comes down to our stores, he goes through everything we’ve got with a fine-toothed comb, and he designs and builds his sets around whatever reclaimed materials he possibly can get from us, which of course saves them massively on budget as well.  They then do their shoots and then at the end of their production everything is recovered and brought back to our stores, including anything that they may have had to add on to that build as well. So that’s where we are trying to get film and TV to.” 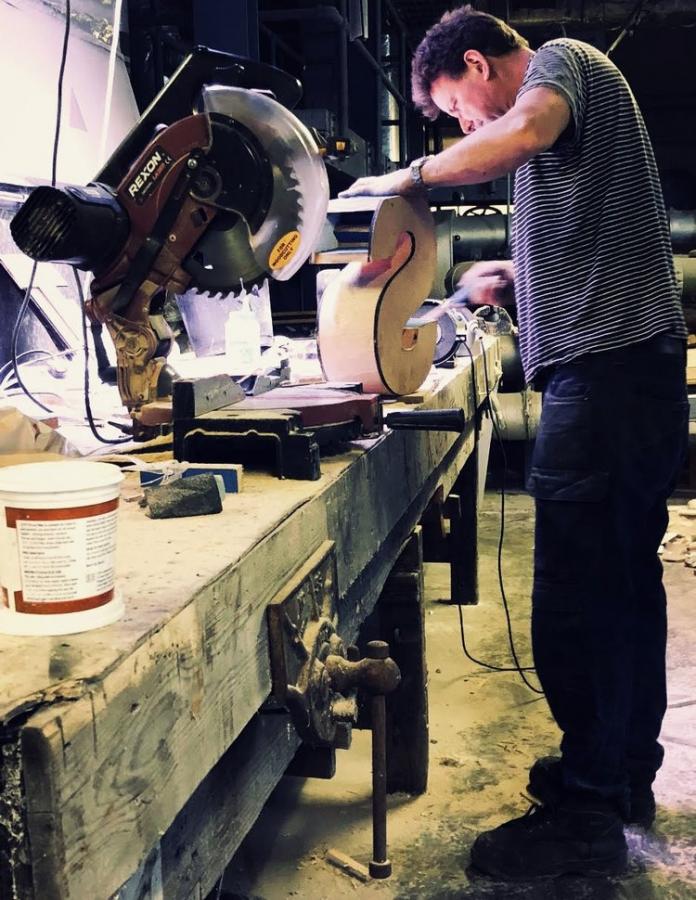 Unfortunately, not everyone in the industry is as committed, and when it comes to building a more sustainable production process for film and television, changing the mindset of big production companies is one of the key challenges Lynn and her team face.

“One of the problems we always come up against with very big production companies is the intellectual property (IP),” she explains. “We’re totally happy to protect their IP and make sure that nothing goes out to another production showing in any way shape or form what it’s from, but I think they’ve had situations in the past where items may have been taken by production staff and sold on eBay and caused issues. So trying to change that mindset to let them see that we’re a professional company that’s not ever going to allow that to happen is difficult.”

This challenge is compounded by the fact that people working in the industry move around a lot.  “You’ve got no level playing field where you can say right, I’ve managed to have good in-depth conversation with this one person and this one person is in control of all the production that Universal Studios do, for instance. Because once filming is over, that one person is no longer there because they’ve actually moved over to Fox or Disney – so they’re constantly moving around, which actually makes it very difficult to build up a pattern of work or a pattern of sustainability.”

“It’s a very very complex,” Lynn adds. “There are 1,200 productions all going on at the same time around the country, and reaching all of those different productions all at the same time and trying to stop them is a mammoth task. One that is endless really.  For every one that’s saved, we know that another one is smashed. But it’s like everything, you’ve got to start somewhere and to build on it.

“The Blue Door was our way of demonstrating along with the producers and directors that this can be done sustainably, and so it was 100% sustainably built. The whole set was reclaimed and everything was thought about in advance.  OK, it was a short film, but there’s no reason why that can’t be scaled up, absolutely no reason.”

If all this talk of films has you planning a trip to the cinema, read our guide on how to have a waste free movie trip.