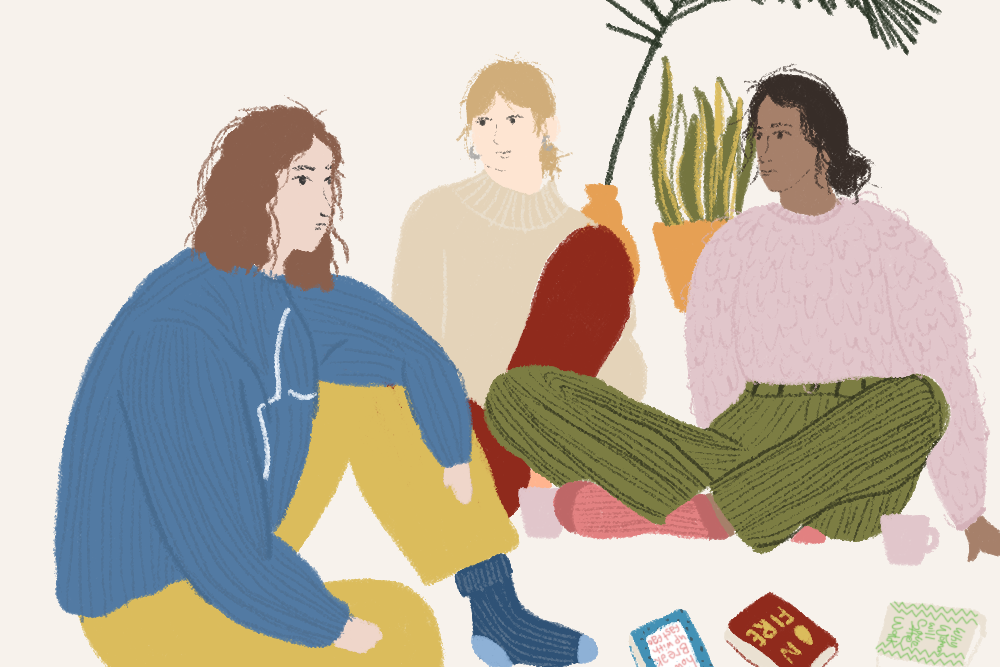 How to Find Your Eco-Community

Despite growing use of social media, society is facing a loneliness epidemic that can leave us all feeling the need for a sense of community. Sophie Parsons offers her best tips for reaching out and finding your own environmentally-focused community.

Connection, be it shared political values, a love of rom-coms or a favourite indie band, is the fundamental foundation on which our friendships and relationships are built. But with the growth of ‘social’ media, connection has come to mean likes, comments and Whatsapps, with more and more of our social interactions happening through a screen than ever before.

According to the Campaign to End Loneliness, a study carried out by The Co-Op and the British Red Cross found that over 9 million people in the UK across all adult ages are either always or often lonely. In response to this growing epidemic, the UK government appointed its first ever minister of loneliness in 2018, with MP Tracey Crouch working across political parties with hopes of combatting the cross-generational mental health issue. By 2023, it is hoped that all GPs in England will be able to refer patients experiencing loneliness to community activities and voluntary services, with the notion of finding a sense of community being key to tackling feelings of isolation.

2019, as reflected by the Collins Dictionary word of the year, was the year of the climate strike. While the overall ambition of the marches was to raise awareness and action on the climate crisis, the feeling of community within the protestors was the perfect antidote to the eco-anxiety many of us seem to be suffering from. In participating in such a movement, environmental activists were able to connect with those with similar hopes, dreams and ethics as themselves. Outside of these global movements, much of our daily lives do not offer the opportunity to engage with environmentalism, with our local neighbourhoods, friendship groups or workplaces perhaps not as involved in the conversation as we would hope. Fortunately, growing engagement in the climate crisis has meant finding our eco-community has never been easier.

Originating in London, Extinction Rebellion have focused their International Rebellionsin some of the largest global cities; however local groups have popped up everywhere from rural Dorset to the island of Tasmania, with it estimated that there are now around 485 affiliates across the globe. While XR offers the opportunity for radical activism, much of the movement intends to simply bring people together; with their smaller, local groups creating the opportunity to engage with like-minded people in your own neighbourhood to devise climate actions, attend talks on the impact of fast-fashion and global politics.

Our favourite way to meet people within the eco-community is at the many sustainability focused pop-ups, workshops and events that are happening all over the country. Whether it’s a plant-based festival or an up-cycling workshop, it is almost guaranteed that everyone attending such an event is looking to learn and discuss the same things as you. Finding out what’s on in your local area is a great way to start, with a quick search for sustainability on websites such as Eventbrite bringing up a whole cohort of talks and workshops for you to attend. While it can be intimidating to turn up to these occasions with the intention of making friends, the event itself offers an easy conversation starter that can then hopefully lead to bigger things.

Band practices, conservation clubs and sports teams – finding our community as adolescents is seemingly easier with the help of youth clubs, after-school groups and university societies. These groups bring together people outside of our usual friendship groups, whose hobbies reflect our own. With much of the environmental movement inspired by the activism of the under 18s and Greta Thunberg’s student strikes, why not be inspired by our youth and bring together your neighbourhood in a university-style society? It doesn’t have to be kept to serious talks and combined fears over the environment, rather it can be a space whereby you can organise clothes swaps, seasonal supper clubs and an eco-book club. Reach out through old-school flyers, online local forums and simply word of month.

Despite its flaws, social media can offer the potential for socialising – if used in the right way. Fine-tuning who and what you are following on your social platforms is crucial for discovering voices that inspire rather than those that encourage feelings of comparison and loneliness. While likes and follows cannot compete with real-life interaction, social media can be a great tool for discovering those involved in similar movements to yourself, be it feminism, sustainable fashion or animal rights. Go one step further than a simple follow, with comments and messages offering a more personable approach that could always lead to friendship and deeper connection. Online groups and forums are immediately more conversation-led platforms, with one of our favourites being Venetia Falconer’s Slow Fashion Exchange Facebook group – a space for anyone interested in sustainable fashion.

Discover this month’s upcoming sustainable events with our what’s on calendar.

Learn how to harness your force for good and be a climate activist.

Read about Mikaela Loach‘s journey from slacktivism to activism.

Life As I Know It: Aisling Byrne
How to Make Your Own Beeswax Wraps
6 Products that contain Palm Oil (& alternatives to replace them)
How to Have a Sustainable Relationship with Food
Lifestyle