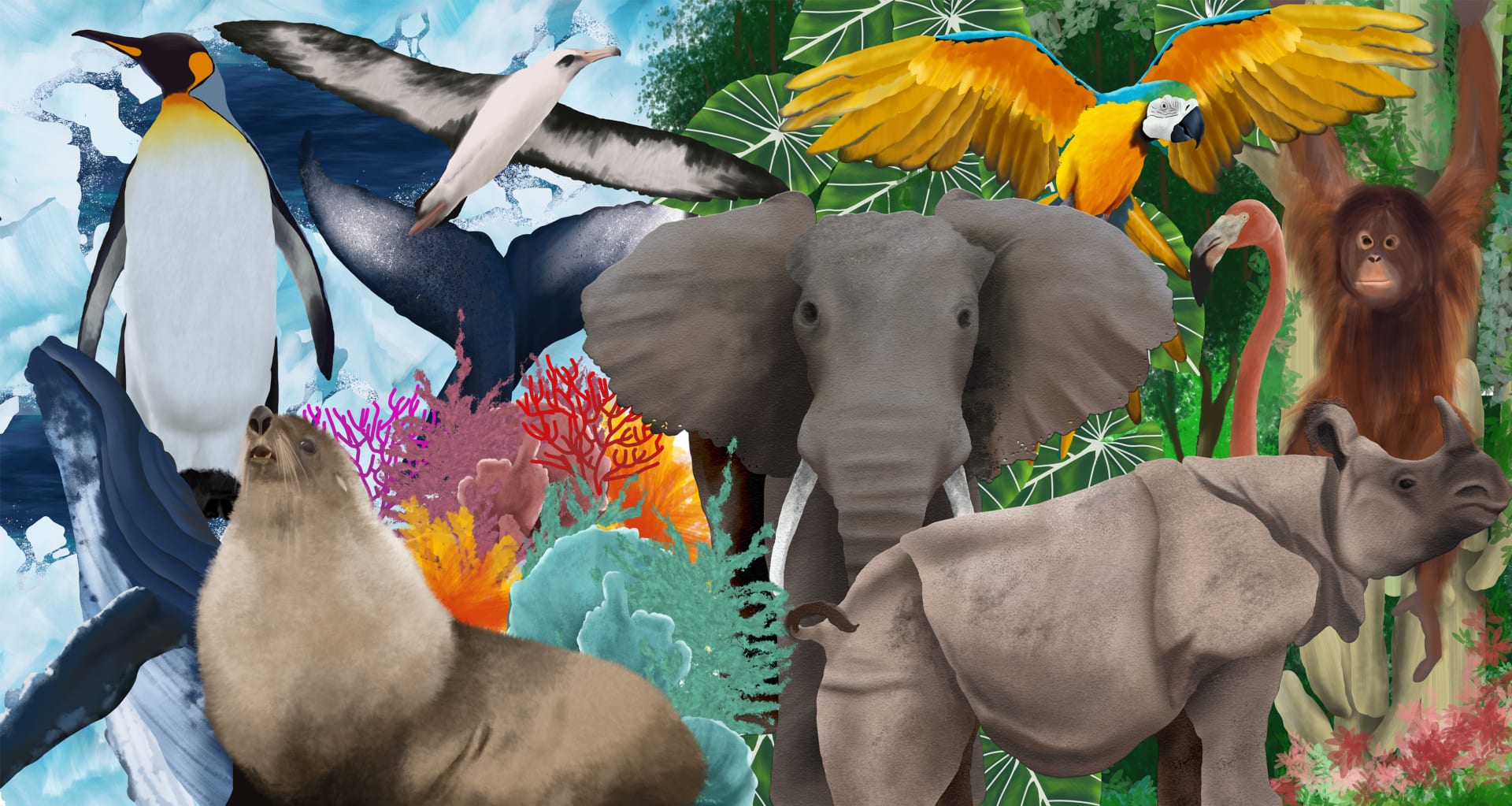 How to Celebrate Earth Day

Monday 22nd April marks Earth Day – here’s what it means and how you can get involved.

What is Earth Day?

World Earth Day is an annual global movement celebrated on April 22nd that lifts environmental issues onto a world stage. First celebrated nearly 50 years ago in 1970, when 20 million Americans participated in the first ever Earth Day, it is widely credited with launching the modern environmental movement and contributed to the passage of groundbreaking environmental laws including the Clean Air Act, Clean Water Act, and Endangered Species Act.

Today, Earth Day is marked by more than 200 million people in more than 190 countries around the world, and celebrated through a series of rallies, events, pledges and individual actions, which are now coordinated globally by the Earth Day Network.

The campaign for Earth Day 2019 is ‘Protect our Species’.

“In nature, nothing exists alone,” said conservationist Rachel Carson in 1962 – a sentiment echoed this month by Sir David Attenborough’s new Netflix series Our Planet, which highlights how species and habitats are all connected, and reveals the devastating impact that human activity and climate change are having on wildlife populations (remember that walrus scene?).

“If we do not act now, extinction may be humanity’s most enduring legacy.”

Climate change, deforestation, habitat loss, trafficking and poaching, unsustainable agriculture, pollution and pesticides are just some of the human-driven causes that have led to the destruction and rapid reduction of plant and wildlife populations, with far-reaching impacts.  As a result, the world is facing the greatest rate of extinction since we lost the dinosaurs more than 60 million years ago.

As Earth Day Network says, “If we do not act now, extinction may be humanity’s most enduring legacy.”

This year’s campaign therefore aims to raise awareness of the accelerating rate of extinction of millions of species, achieve major policy victories that protect species and habitats, build a global movement that embraces nature, and encourage individual actions to protect our planet. 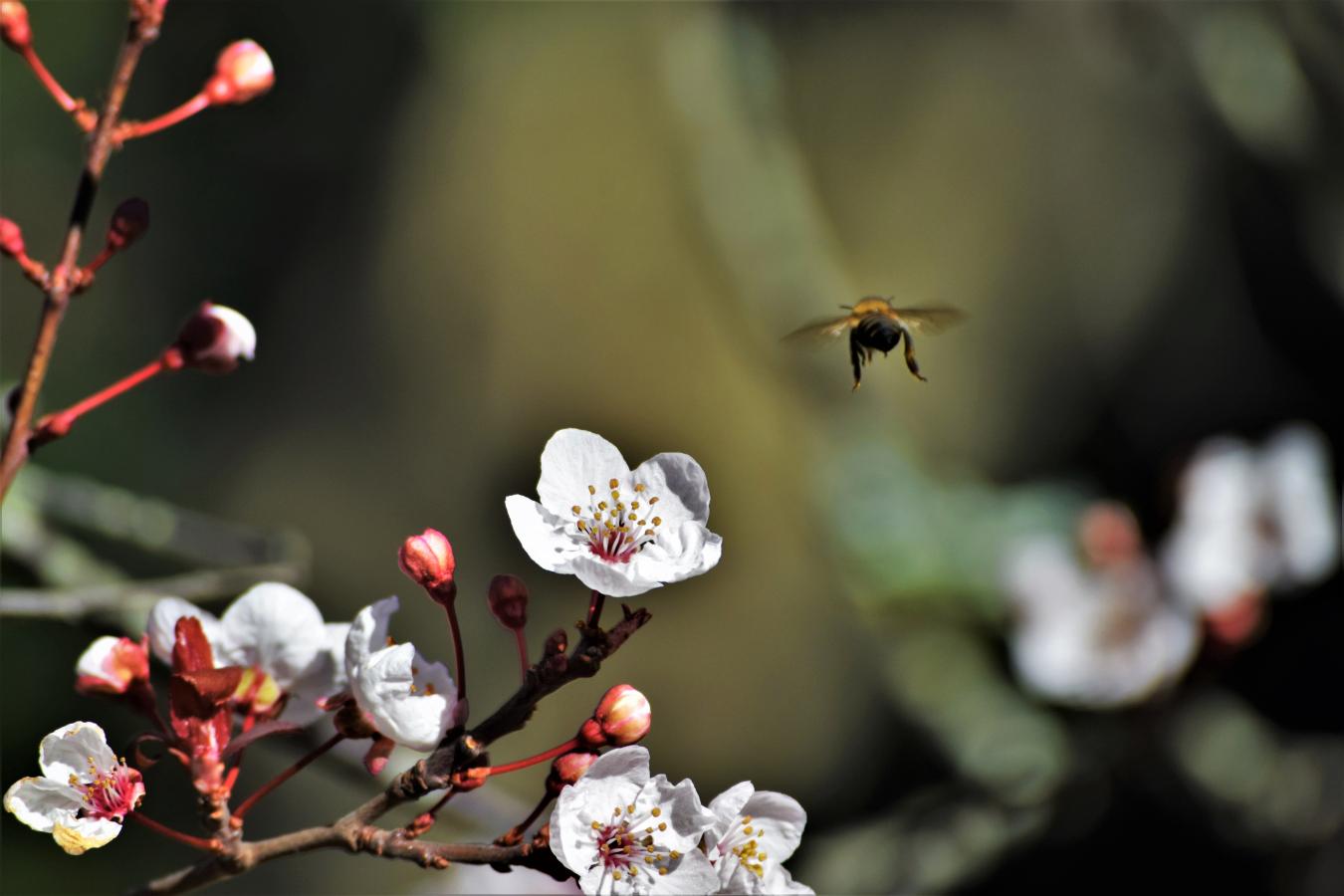 How can I get involved?

For Earth Day 2019, take action to help protect our species with the following:

Globally, bee numbers are in serious decline. In the UK, we have already lost around 13 species of bees and another 35 are under threat of extinction.  This decline in bees’ diversity and abundance would have serious consequences on how our natural world functions – wild and domestic honey bees perform about 80% of all pollination worldwide, including 70 of the top 100 human food crops supplying 90% of the world’s nutrition.

Bee decline is caused by a number of factors including drought, habitat destruction, air pollution, global warming – but the biggest cause is the intensification of farming and the increased use of pesticides.

This Earth Day, help to save the bees by creating your own bee hotel where solitary bees can nest in your garden, and create a bee bath out of a small dish or bowl filled with clean water and some pebbles poking out that bees can rest on to take a drink.

Did you know, an average garden accommodates more than 2,000 different species of insect? Amongst these bugs are pollinators – some of the most important species around the world, without which we would run out of food very quickly.

Insects are also an important food source for many animals, including birds, fish and frogs. Contrary to popular belief, very few of the creatures in our gardens cause significant damage to our plants, and many actually help us to control the ones that do.

Increase the number of beneficial insects in your local environment by building a bug mansion to provide a safe habitat for insects to thrive. 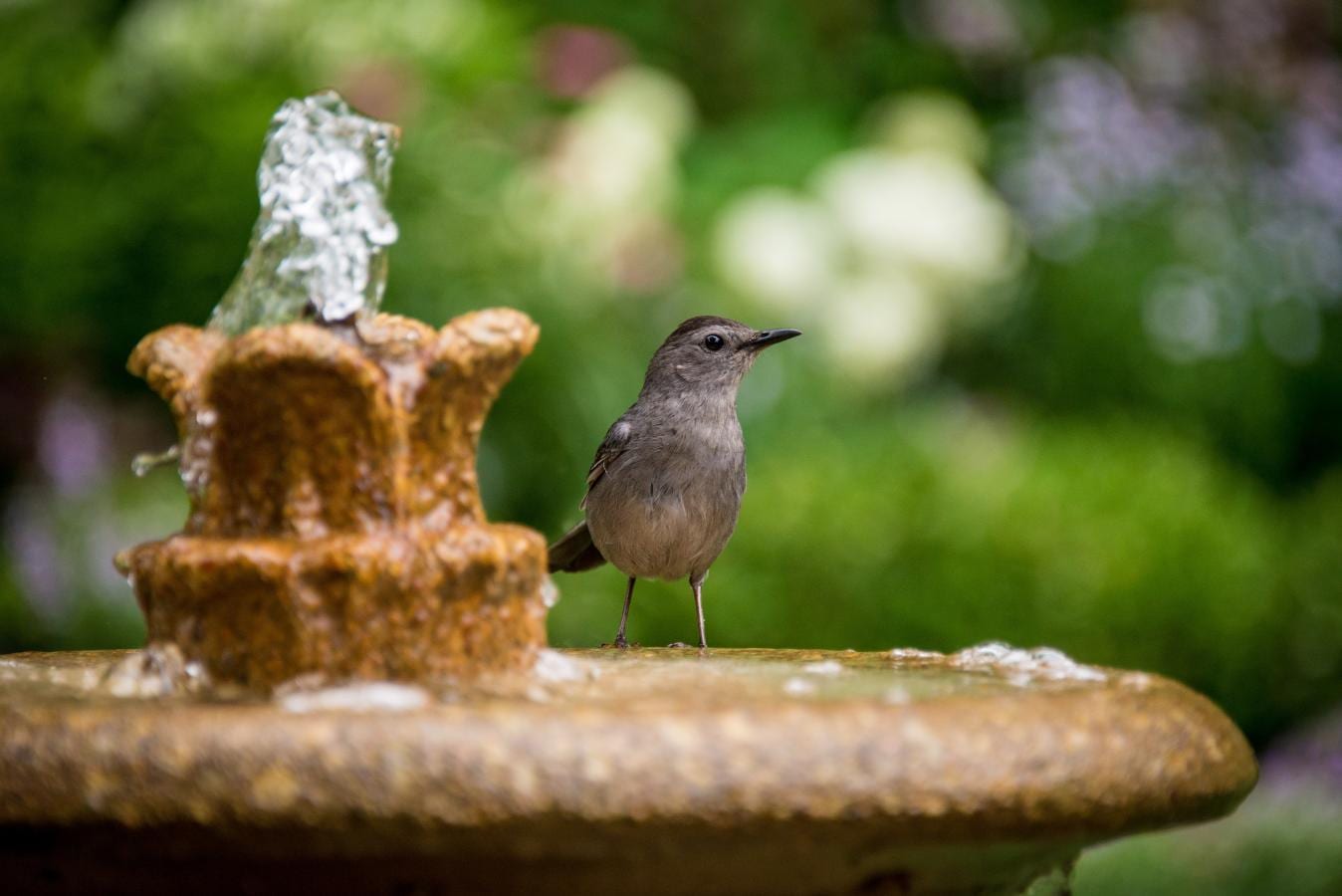 Help protect and attract birds to your garden by installing a bird feeder and bird bath.  Build a bird table or recycle an old plastic bottle or yoghurt pot (now that you’ve made the switch to resusables!) to make a DIY bird feeder.  Fill your feeder with a bird seed mixture that contains plenty of flaked maize, sunflower seeds, and peanut granules, and sit back and wait as your garden fills with wildlife.

Birds also need water for drinking and bathing, so installing a bird bath will help to encourage more feathered friends to your garden.

Growing plants that are native to your local ecosystem helps to support and attract the local insect population. Get out in the garden this Earth Day and create your own bee-friendly habitat with our top 10 plants to attract bees.

Trees provide habitat to over 80% of the world’s terrestrial biodiversity (while also helping to clean our air, filter our drinking water, and purify our soil). But trees are under threat from climate change, urban development, pollution and attack from tree diseases and pests.

This Earth Day, help the planet out by planting a tree in your back garden, or joining a National Forest planting event. You can also donate to reforestation projects around the world – see onetreeplanted.org and support the Woodland Trust to help protect trees and woodland. 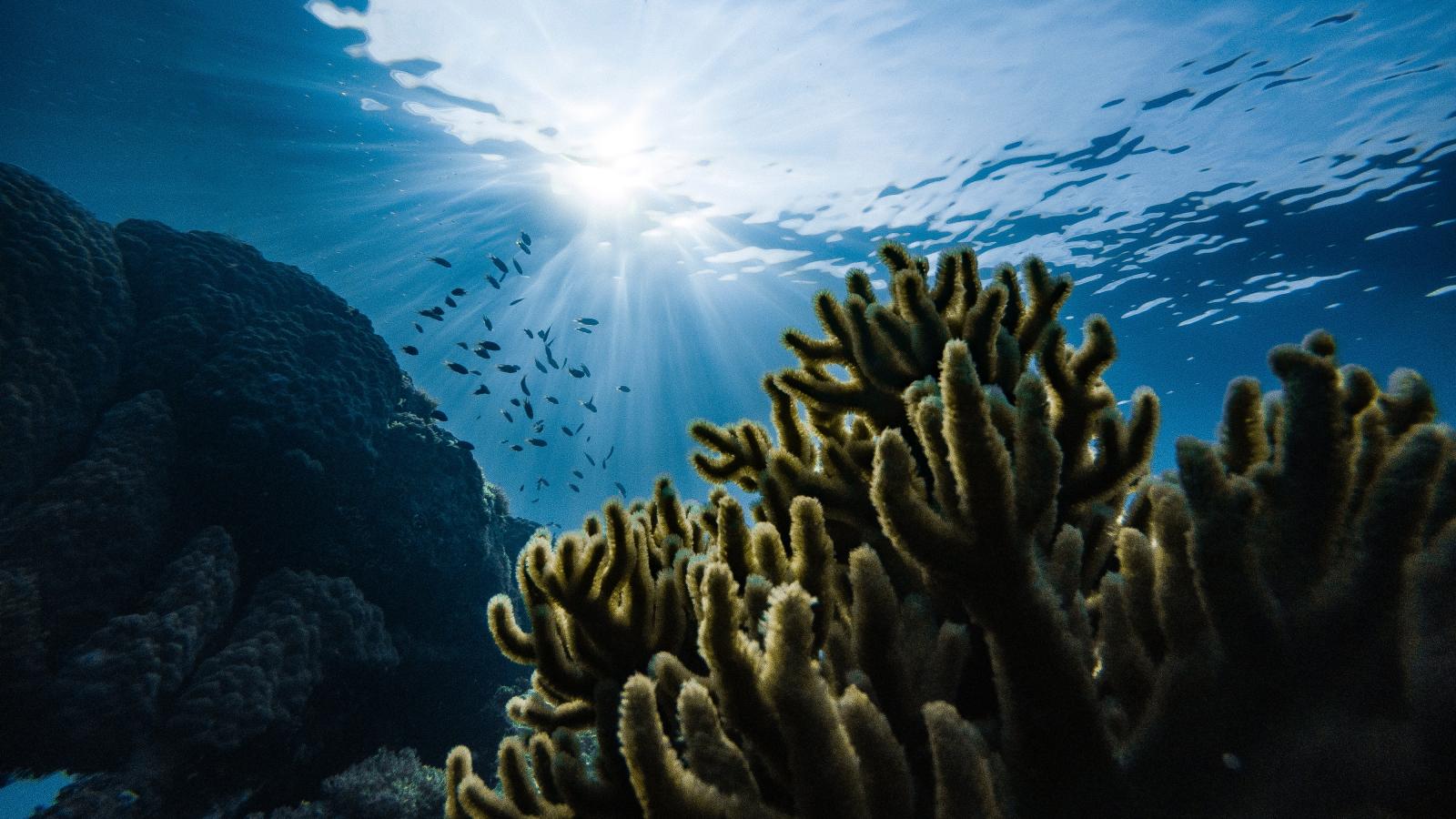 Our single-use plastic waste is having a devastating impact on ocean wildlife, as highlighted by documentaries like Blue Planet II and Drowning in Plastic.

This Earth Day, pledge to reduce your use of single-use plastic by investing in some simple swaps such as a reusable water bottle, keep cup or tote bag.  Or why not check out your local bulk food store and see what supplies you can stock up on without plastic packaging?  See Melissa Hemsley’s guide to 10 simple swaps to cut down on plastic and our plastic free beauty swaps.

If you can’t find an organised clean near you, you can still help to clean up your local environment by spending an hour or two picking up litter along your local beach or riverbank.  You could even combine with some exercise by going plogging – the Swedish craze for litter picking while jogging.

If you’re enjoying the Easter weekend with a dip in the sea, make sure to wear coral-friendly sunscreen that does not contain oxybenzone.  Chemicals in sunscreens get washed off when we swim in the ocean, where they can be absorbed by corals, disrupting reproduction and growth cycles.  By switching to coral-friendly sunscreen, you can help to protect corals from bleaching. See our guide to where to start with natural sunscreens. 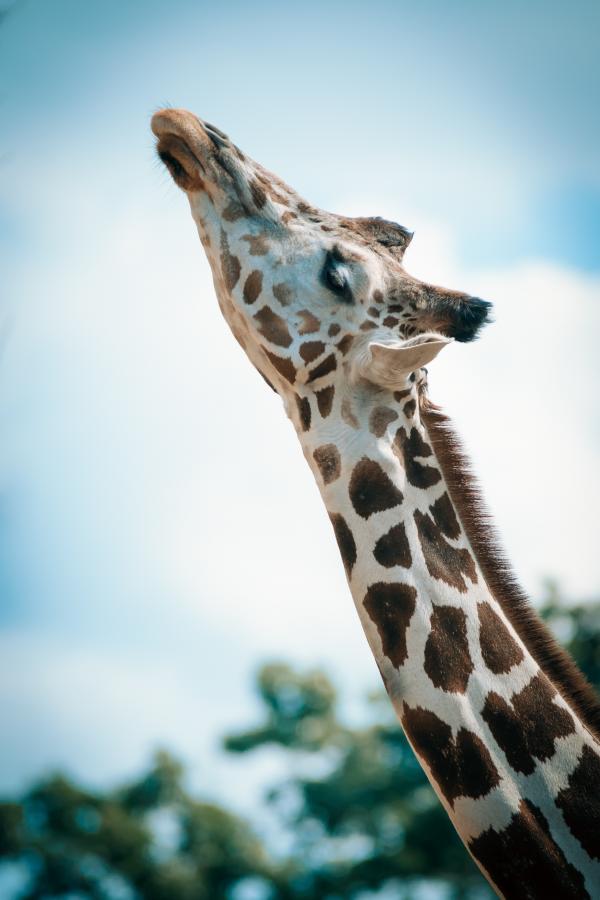 Earth Day Network is asking all of us to take its pledge to stop using pesticides. Pesticide usage comes with many risks, which are now considered by scientists to greatly outweigh the benefits.  Pesticides are rarely targeted to one species so they frequently kill many other insects, wildlife and plants species that they come into contact with, including those that are vital for pollination or biological control.

Adopt an endangered animal and support the vital work of conservation and wildlife charities that are working to protect species around the world. From elephants, lions, giraffes, to more local wildlife such as badgers, owls and hares, your sponsorship will help to raise money for protecting and creating habitats, fund projects to work with local communities to educate, support and address human-animal conflict, and provide care for rescued animals.

A few ideas for where to adopt from:

Discover the most surprising facts about wildlife.

Read Wilson Oryema’s poem for Earth Day – These Things and I // The People and the Planet.

Kitchari Recipe
Ethical Sparkles and Shimmers: Natural Eyeshadows and Highlighters
Social Media & Mental Health - How to Use Social Media for Good
Life As I Know It: Rose Ellis
Environment