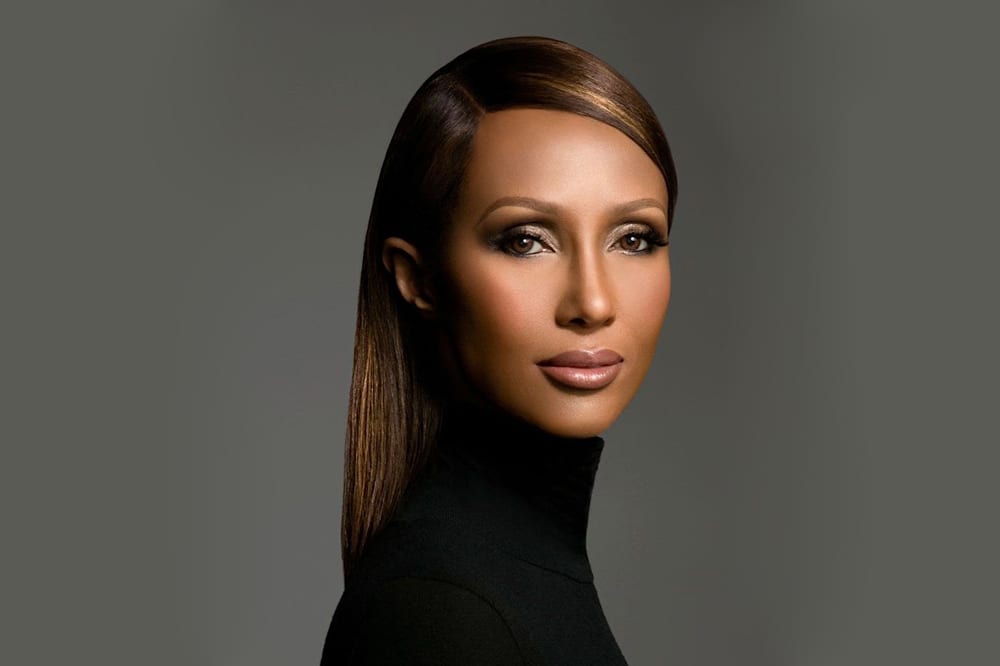 The award, which recognises women who stand out for both their artistic careers and their social commitment, will be given in recognition of Abdulmajid’s work as a veteran in the fashion industry from her beginnings as a pioneering model in 1975, to her development of skincare collections designed for women of colour. She has accomplished all of this while also pursuing humanitarian work for The Children’s Defence Fund, Action Against Hunger and the Raise Hope For Congo campaign.

Abdulmajid will receive the award on the eve of Venice Film Festival’s 76th year on 27th August during a dinner at Sozzani’s favourite hotel, Belmond Hotel Cipriani on Venice’s Giudecca island.

The award was established in 2017 by Francesco Carrozzini, photographer, filmmaker and son of the late Vogue Italia editor. Previous recipients of the award are Julianne Moore in 2017 and Salma Hayek in 2018.

“Iman’s work has disrupted the fashion industry in a way similar to Franca’s: bold, innovative and inclusive,” said Carrozzini.  “Using her platform to the best of its potential, Iman’s work from lobbying the CFDA for an increase of diversity on the runway to impactful humanitarian work, displays her true passion and focus. We are honoured to have her as this year’s recipient of the Franca Sozzani Award.”

The Award dinner will, for the first time, also support the The Franca Sozzani Fund for Preventive Genomics in honour of Sozzani who succumbed to a rare cancer in 2016. The “Franca Fund” was established in 2018 by Carrozzini, performing artist and investor D.A. Wallach and Harvard Medical School professor and physician-scientist Robert Green to accelerate the use of genomics in preventive health.

“Franca Sozzani was a creative and pioneering woman who revolutionized the fashion world and whose example challenges us to do the same in medicine” said Green. “The Franca Fund is supporting research and advocacy to transform medicine from disease treatment, to disease risk assessment and prevention, starting with hereditary forms of cancer and heart disease.”

Read about how the Model Mafia is changing the fashion industry.

Find out about The Hakhu Project, an organization dedicated to supporting indigenous communities in the Ecuadorian Amazon.