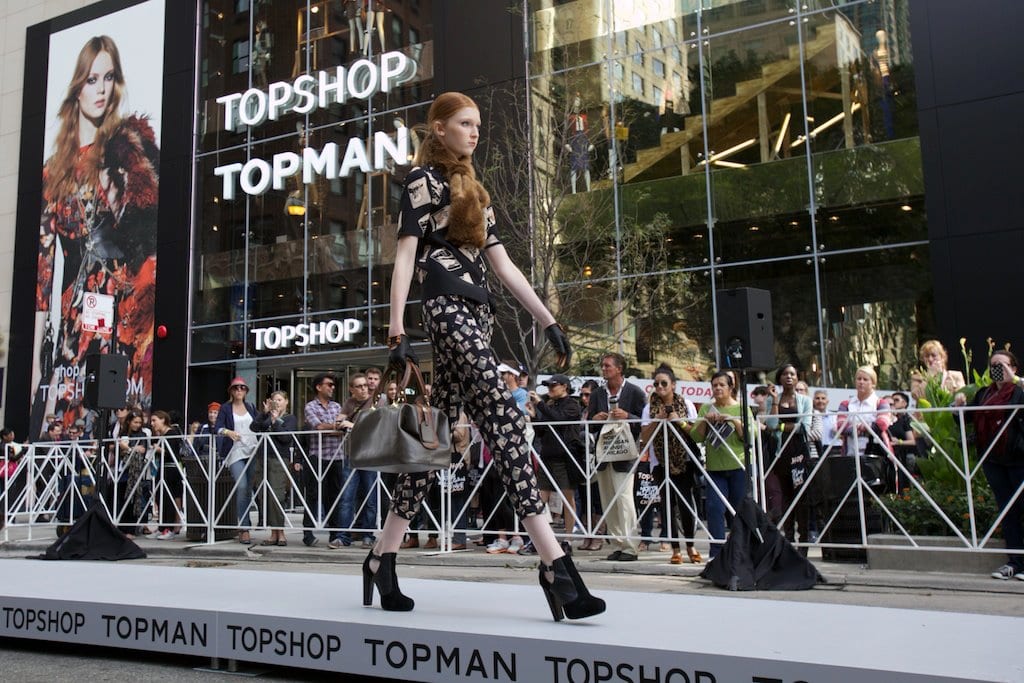 What Impact Will ASOS Purchasing Arcadia Brands Have On The Fashion Industry?

09/02/2021 | by Sophie Benson
With news that digital marketplace ASOS has purchased Arcadia brands including Topshop and Miss Selfridge, Sophie Benson looks into the potential implications the sale has on the supply chain, garment workers’ rights, and the future of the British high street.

On 1st February, it was announced that ASOS had bought a number of brands from Philip Green’s failed Arcadia Group. Online fast fashion giant ASOS paid £265m for the Topshop, Topman, Miss Selfridge and HIIT brands, but significantly, the deal did not include the stores. £30m was paid for stock in hand and a further £35m will cover stock orders which are still to come.

Will they #PayUp?
With such significant sums of money swapping hands – cash funded through ASOS’s cash reserves – thoughts turned to the $100m (£73m) that is still owed to garment workers for orders completed prior to the pandemic, according to Remake’s Pay Up campaign.

When the impending impact of the Covid-19 pandemic became clear, Arcadia was one of many fashion groups and brands to cancel orders. In a letter sent out to suppliers, Arcadia Group CEO Ian Grabiner wrote: “You will note that we are able to cancel any order at any stage. This includes orders in production and orders in transit. Where we cancel an order, we are not responsible for the cost of the Goods, the cost of any fabric, or any other cost at all, including the cost of any trim or component.” The fashion group did concede to accept orders that were already in transit on the 17th March, but at a hefty 30% discount.

Such sudden, sizeable cancellations – which, Remake says, are in violation of international standards for corporate responsibility and human rights norms – meant factory owners couldn’t afford to pay their workers, many of whom were left destitute, considering such devastating actions as killing their own children in order to ‘set them free’ from starvation.

“For the past year, billionaire Philip Green, owner of Topshop and Arcadia Group, has refused to pay his garment workers, forcing factories to falter and lay off vulnerable women without pay,” say Remake. Yet, as a secured creditor, Green’s Aldsworth Equity is likely to receive £50m from the sale of Topshop. Over 1,000 unsecured creditors such as the unpaid factories and suppliers, on the other hand, will receive less than 1% of what they’re owed, if anything, according to The Guardian.

As ASOS celebrates ‘bringing the British icon into a new era‘, and undoubtedly absorbs its loyal customers, the acquisition is expected to “deliver a double-digit return, after-tax, on capital in the first full year,” according to a representative from the brand. But as ASOS, which reportedly makes £86 per second in revenue, reaps the rewards of the deal, will they also take responsibility for the garment workers the Arcadia brands left behind? Without any legal obligation it seems likely that they’ll happily pay out for the clothes, but not for the skilled people who made them.

“ASOS is one of the big winners of the pandemic, growing profits 329%, and consumers have a right to know that any clothing they buy from ASOS in the future will be built on a foundation of theft from women of colour in retail stores and factories across Asia,” say Remake.

There are, of course, certain legal and financial structures that purchases of this nature adhere to but too often they’ve been used to keep those most in need of what they’re owed at the very bottom of the pile, unlikely to receive a penny, as already wealthy owners and C-suite bosses walk away with generous pay-outs.

ASOS’s largest shareholder, Andres Holch Povlsen, is worth a staggering $11.5bn (£8bn), while 80% of garment workers with children have skipped meals in order to feed them. With people bound by the same supply chain experiencing such disparate realities, it seems perfectly reasonable to look to alternative beneficiaries of these big money deals to pay what’s owed. “ASOS’s cut-rate deal on Topshop was made possible thanks to stolen labour and unethical business practices,” say Remake. “ASOS has an obligation to #PayUp for Arcadia Group.”

Online only
Garment workers aren’t the only ones forgotten in the acquisition. Some 13,000 staff, including 2,500 shop workers, found out they were losing their jobs via the news or social media when the deal was announced. According to an update from the Joint Administrators, submitted by a former Topshop employee who chose to remain anonymous, only “300 employees will transfer from the Companies [Topshop and Topman] to ASOS”.

“You look at these tired stores and they’re under-invested. This whole model of, if you want to grow your sales you need more stores, was really fashionable back in the 80s and 90s, and it created these bloated store chains,” says Catherine Erdly of The Resilient Retail Club. “Then e-commerce grew and grew over the last 25-years to the point we’re at now where nearly a third of all sales during lockdown happened online. I don’t think it’s surprising that Arcadia failed.”

Stuck with long-term leases and a consumer-base more inclined to shop from home, Topshop and their ilk have faltered, pitted against ultra-fast, ultra-cheap online newcomers. As such, ASOS chose not to take the stores on in the deal. “This transaction allows us to bring iconic brands in-house, allowing us to overlay our core strengths and transform them into leading digital-first brands,” ASOS said.

Erdly envisions that the gap left by the closing stores could provide opportunities for smaller businesses looking for physical space if “landlords will be flexible enough and open minded enough to engage with these smaller players”, which could make for a more interesting and vibrant high street that helps independent brands flourish.

However, a further shift towards digital-only shopping by the big players could have a significant impact on long-term sustainability goals. Without the benefit of fitting rooms and with the anonymity of buying from behind a screen, shopping encourages over-purchasing and rising returns rates, not only an expensive business but very carbon intensive. Speedy deliveries and failed first deliveries also contribute to the bulging carbon footprint associated with shopping online.

More, more, more
Parcel after parcel turning up at consumer’s doors perfectly illustrates that the volume of clothes currently being manufactured and sold is beyond necessity. Yet retailers are seeking to sell more and more in the pursuit of never-ending growth. ASOS’s 13 in-house brands alone generated sales of over £1bn last year, the brand increased new product by 13%, and they received a staggering 80.2 million orders with an average basket value of £71.92. But it seems the “curated edit” of approximately 85,000 products simply wasn’t enough.

As ASOS consumes Topshop and Topman, and as Boohoo swallows Debenhams whole, it confirms that retail has swapped bloated store chains for bloated inventories. With a sustainable sourcing programme, eco-edits, a ‘circular’ collection, and various other sustainability initiatives in place, alongside a vintage and second-hand focused marketplace, some may hope that ASOS might overhaul Topshop’s somewhat toxic reputation.

However, when circularity and sustainability are applied to only tiny pockets of ASOS’s entire range, it’s difficult to see how such efforts can fight against the environmental and human impact of the sheer volume being produced. For fashion to truly be sustainable, it must decouple from growth but the ASOS Arcadia deal does nothing but push that possibility further into the future.

ASOS meets Arcadia is undoubtedly the coming together of two fashion giants, but rather than being a win for style and creativity, it’s nothing more than the formation a bigger monster to defeat.

The Eco-Educators Redefining What It Means To Be An 'Influencer'
Global Week of Climate Action: What’s On and How to Get Involved
Brexit, Migration, and the Fashion Industry
GCFA Italia 2019: How The Night Unfolded