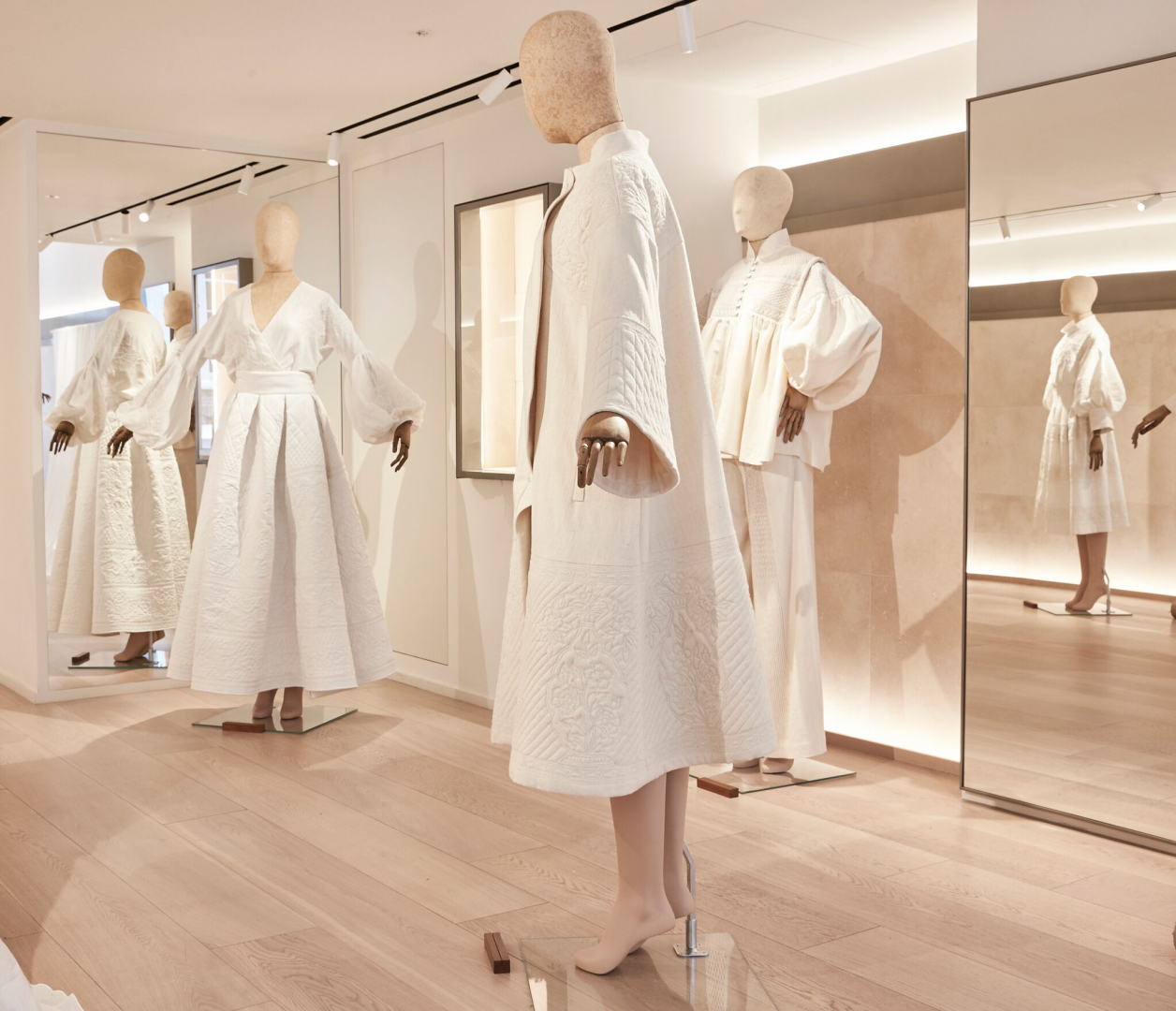 Khadi: The Fabric of Freedom

04/10/2019 | by Eco-Age
On the 150th anniversary of Mahatma Gandhi’s birthday, luxury artisanal brand Varana hosted an evening celebrating Khadi: a hand-woven cotton fabric that has become synonymous with India’s freedom movement, peaceful protest and its autonomy. Varana’s flagship store in Dover Street was decked out in all things khadi; from artisanal demonstrations, to samples and swatches and an extensive cultural crash course designed to educate Varana’s guests, honour Gandhi, the father of India and foster appreciation for the fabric’s distinctive history. Here Philippa Grogan and Shubhangi Kothari share their takeaways from the event.

On the 2nd of October, Varana’s Dover Street store was adorned with artisanal handicraft, focusing specifically on khadi – one of India’s most historic and heritage fabrics. Holding the event on Mahatma Gandhi’s birthday was poignant, reflecting the significance of this traditional hand weaving technique and Gandhi’s use of it throughout the Swadeshi movement – the peaceful, political movement that led to India’s economic autonomy from British rule.

The importance of this treasured weaving technique remains deeply rooted in Indian culture and to this day, India’s national flags are made from khadi cloth. 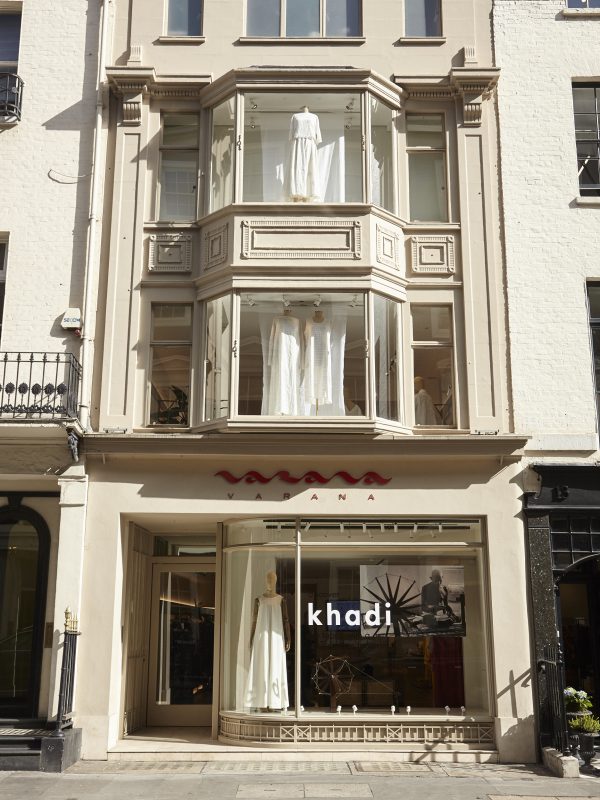 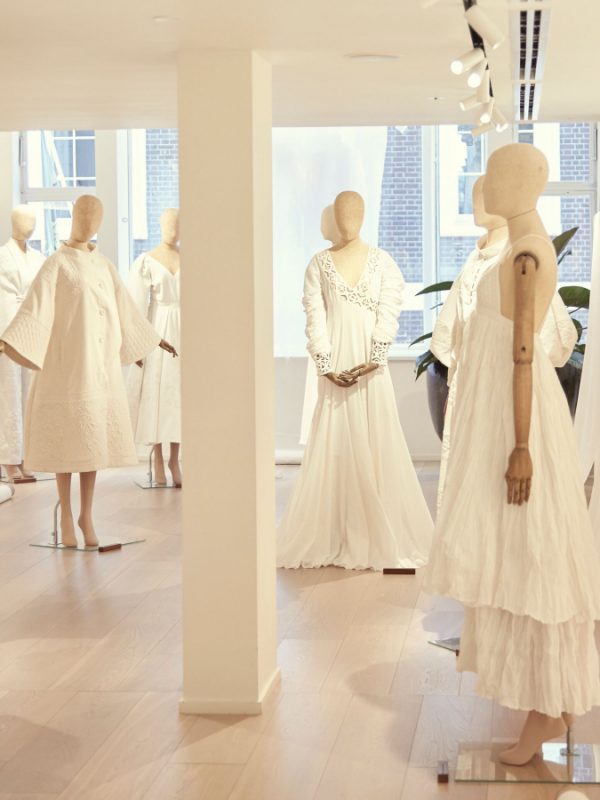 Khadi is typically and traditionally created from hand processed, hand spun and hand-woven cotton, but it can also be crafted from silks, wools and other fibres. The term ‘khadi’ originates from the Hindi word ‘khad’ – the ground level pit where the weaver is seated and operates the loom with their hands and feet. Khadi production processes are largely untouched by time, and although the khadi technique was notably popularised by Gandhi in the early 20th century, khadi was produced and worn long before the Swadeshi movement. Protecting traditional handicraft and re-establishing its significance in the global marketplace is an essential means of conserving culture and ensuring that artisanal practices do not get lost to modern, mechanical methods.

The khadi process stands to benefit society and the natural world on numerous levels; hand processing enables rural households to generate income domestically without the need for rural to urban migration – an increasingly prevalent and environmentally-straining pattern where people move to the cities in order to find work, often causing families to be separated. The khadi technique is widely recognised as having a low carbon footprint, much lower than that of modern, mechanical weaving processes. This is due to the fact that the khadi processing, spinning and weaving stages rely on human dexterity in lieu of energy-intensive and emission-heavy industrial weaving. Creating fabric with human power, instead of fuel also pollutes and wastes considerably less water, and the use of natural, biodegradable and renewable fibres stand to further reduce the environmental impact. 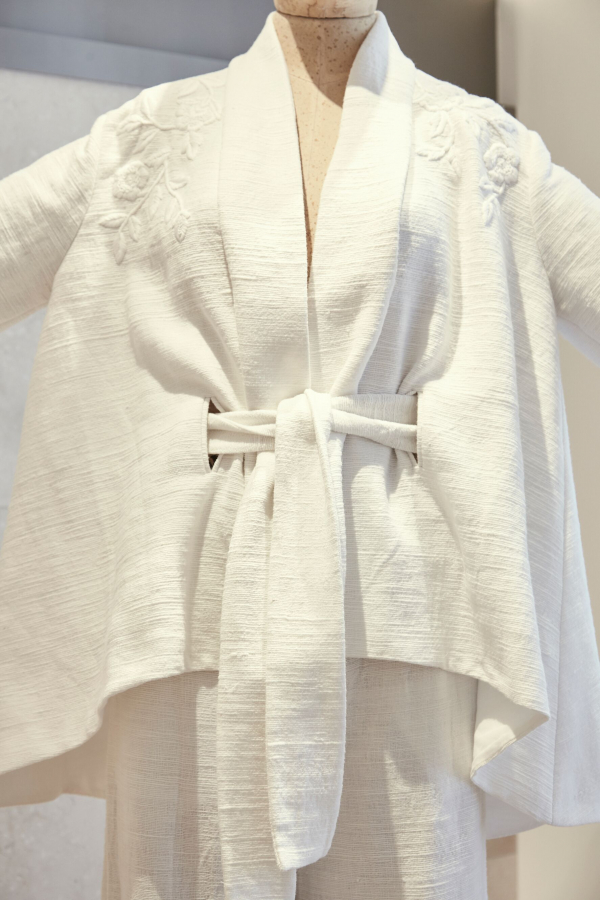 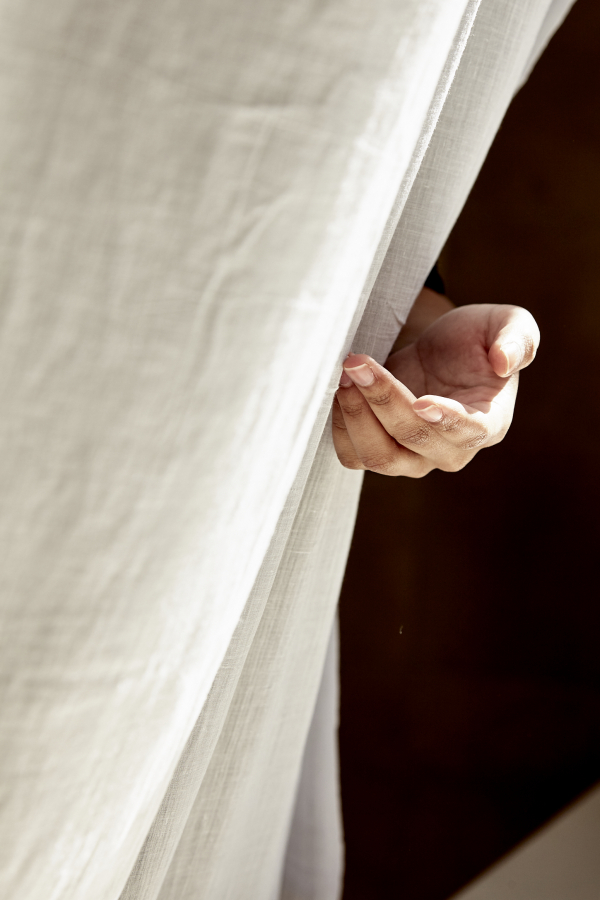 Why Varana’s reimagination of Khadi is important

For the Indian craftsmanship to flourish, it is important to make it a part of the global fashion conversation. Varana has recognised this need and has taken an initiative to reinterpret the ways in which khadi (the soul of India’s handloom industry) is perceived and used outside the Indian market. The brand’s vision and design have translated the humble khadi fabric into garments that have a classic yet modern silhouette, making it easily relatable. The khadi garments that are being showcased in the exhibit are aspirational pieces that will be coveted by modern women. Though the roots of khadi lie in simplicity and accessibility, Varana’s interpretation has pushed it towards the luxury industry, which will prove to be beneficial for the Indian handloom industry (which is quickly losing its master craftsmen as their produce is not viewed as luxurious and fetches very low returns). Being perceived as a fabric worthy of a couture collection means the craftsmen have an opportunity to get paid for their sheer labour and hard work.

Varana’s khadi exhibition is open to visitors at its flagship Dover Street store until 12th October 2019.

Discover the history of hand-block printing in Jaipur.

Read what happened when Rosanna Falconer travelled to Rajasthan to design an outfit to remember with Purvi Doshi.