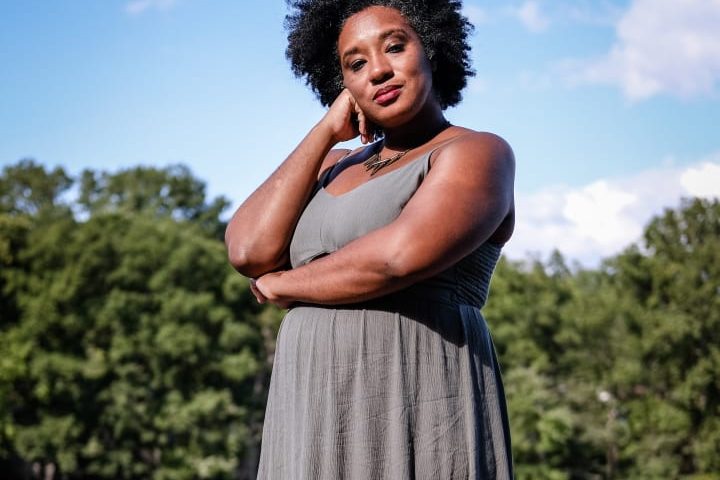 How diverse is your social media feed? Writer and fashion consultant Aja Barber discusses the importance of intersectionality in sustainability and environmental movements.

With each day, I meet more and more folks who are often filled with a certain existentialist dread about the state of the world.  I get it. Climate change. Terrible world leaders. Burning Amazon. It’s almost like human beings are willingly dancing with the possibility of our own destruction.  We’re tap dancing right up to the edge of the cliff. But every day I’m also filled with hope. People are waking up to the idea that we have to curb our virgin plastics (that’s going to take some help from the government, but noticing the abundance of it is a start).  People are turning away from fast fashion in droves (this gives me the most amount of hope). People at every price point are stopping to think about the effects of buying habits not just on the planet, but on our fellow humans. Folks are adopting zero waste lifestyles so much that the phrase is becoming common within our lexicons.  All these facts leave me feeling a little less distressed. But one thing that still bothers me is that the face of sustainability is too often white, thin, able bodied and affluent and I find that inherently wrong.

Fast fashion and climate change are intrinsically linked to white supremacy and colonisation. Everything from the food we consume to the way we dress ourselves is entwined with a system of oppression off the backs of those with less and mostly people of colour; think of countries where your food is grown if it’s flown in. Now think of where that fast fashion garment you last bought was produced. Where is the cotton grown? Who is suffering from our buying habits?

There is so much erasure of the folks who have always been more sustainable than most.  When I think of sustainability, I mostly always think of black and brown people. Particularly indigenous people.

The most sustainable person I know personally is my mother.  She grew up in poverty. Most of my life my mother has bought most of her clothing used.  She also bought a lot of mine used too (and I used to hide that fact in school because all it really earned you was teasing, and I was already one of few black kids in my elementary school).  I remember testing the waters with a white friend I knew and mentioning that I liked thrifting and his response was:

“You mean you wear other people’s clothing?  GROSS.”

Cool.  Good chat.  After that, I kept my thrifting to myself. 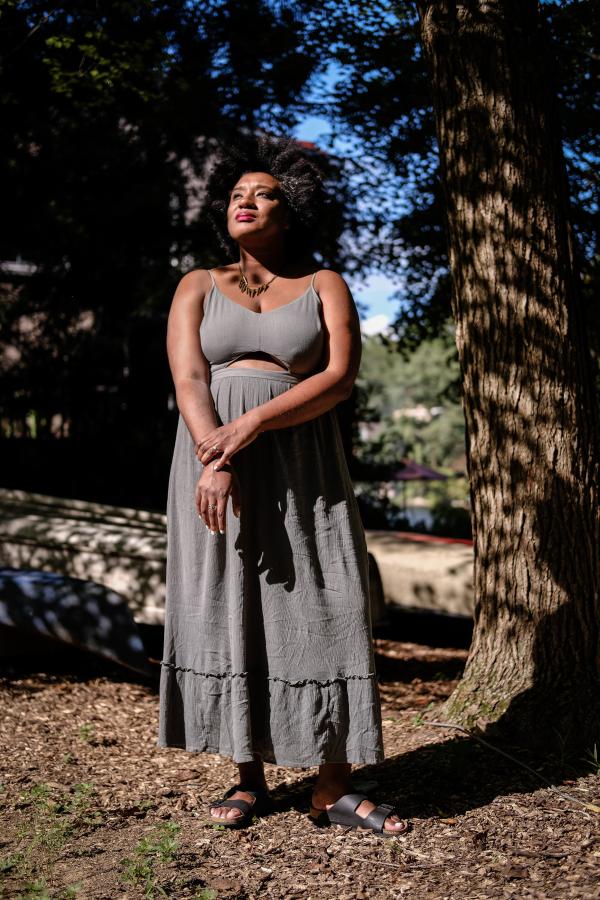 It has taken me years to be okay with saying loudly that I wear second-hand clothes (even though I have all along) because of the stigma around being teased by wealthy white kids for my clothes.  So imagine my surprise to find on Instagram the public face of making second-hand cool to be mostly white lead and thin, upper-middle class and able bodied. That doesn’t seem right.

Now when I come home for the summer to visit my parents in Virginia I bring two empty suitcases and return to London with two full suitcases full of my possessions.  My move to London has been the slowest ever. I play a game with myself where I try and wear whatever clothing I’ve left behind (so I’m always dressed kinda oddly when I’m home) and if I don’t wear it, then it finds a new home or gets donated.  My rate for re-homing my clothes instead of donation is 95%. (I don’t have a problem with charity shops at all but we all know that charity shops receive so many donations that they can only sell 10% to 30% of what’s received and the rest ends up in dumpsters or with countries that no longer want our cast offs).

If I need something immediately or feel a longing for different clothing, I mosey right down to my mother’s favorite local thrift store where we’ve shopped for 20 years (where I recently picked up the summer dress pictured).  I read that Helen Mirren does this when she travels too – brings hardly anything and seeks out the local thrift store. I was tickled by the notion that a celebrity moves in this way, but why can’t we as a society celebrate it when folks without money and spotlight do the same?  Why does it have to be rich, white and standard size in order for a movement to be deemed acceptable or cool?

Why do we look at the zero-waste lifestyle from the perspective of the person who has the shiny new food storage containers and bought new tote bags for bagging their groceries … instead of the ethnic senior citizen who has used the same plastic butter container to store their leftovers for YEARS and still uses a backpack from the 90s?  Why is thrifting only cool when affluent white young able bodied thin people take part in it? Why does #sustainablestyle on Instagram pull up a plethora of white faces instead of a diverse group of folks, simply wearing hand-me-downs or used clothing because those are the options they have? 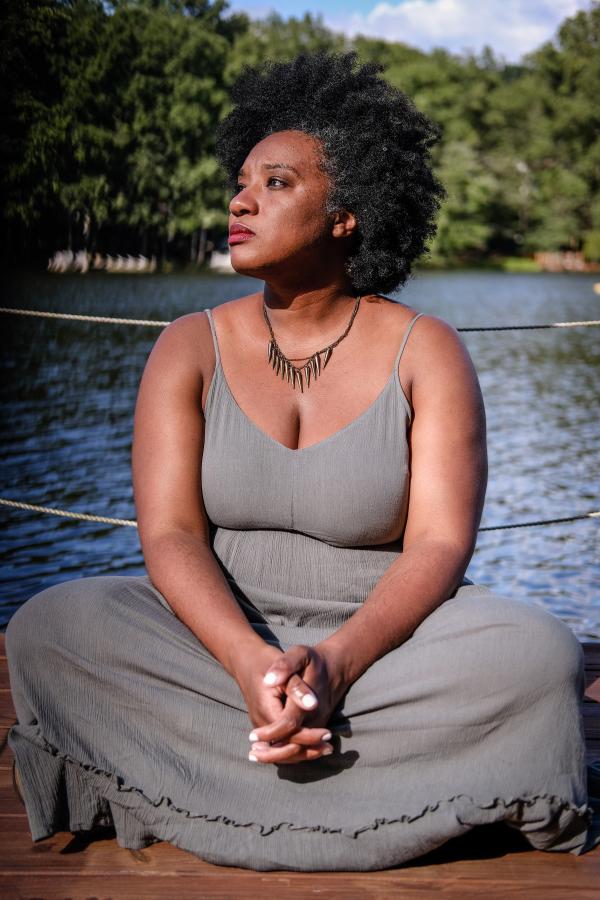 The problem is, all these issues linked to consumption (fast fashion, climate change, colonisation and globalisation) have been exasperated by middle class and wealthy people in white dominated countries.  Currently we run the risk of turning our solutions into pure capitalistic endeavors by mostly only promoting and upholding people from one socio-economic background and race. The top two largest fast fashion chains in the world are white owned.  The companies guilty of the most plastic pollution are also white owned. Most meat consumed from South America (yes, the Amazon) gets exported to Europe and the USA … to white-dominated countries. You see what I’m saying here. When we allow white, able bodied, thin people to be the only face of our revolution, we run the risk of creating the same cycle of problems and oppression that we’re trying to escape from.  We cannot find our way out of a mess by supporting the same methods and ways that have gotten us into the mess. When we erase brown and black faces and bodies from the narrative, we erase people who have been doing the work all along with none of the incentive of a shiny popular Instagram page to manage.

So suddenly it’s hitting you that your sustainability movement isn’t looking too terribly diverse, but we all have to start somewhere. The first thing I’d say is to diversify your feeds. Twitter. Instagram.  Pinterest. If everyone on your social media looks like you, holds the same amount of privilege, and comes from the same socioeconomic background (or higher), how can we fully expect to build an equitable world where everyone can participate in movements?

When you follow individuals who are different from you, really listen.  Don’t listen with the intent of waiting to speak, listen to listen. If you need some advice for who to follow to get a little more diversity in your sustainability message, I’d suggest:

But if you’d like some additional paper reading materials to help you on your journey I’d start with Veganism in an Oppressive World and White Fragility.

Knowledge is power friends, so let’s go forth and make all of our movements more inclusive because it will only make our movements better and more powerful.

Find out how to take a slower approach to fashion with our ethical dressing guide.

Women's March 2019 - Everything You Need To Know
Livia Firth in Conversation with Satish Kumar: “Every Crisis is an Opportunity”
Wardrobe Crisis: Why Don’t More Brands Detail the Cost and Profit Breakdowns of Their Products?
Life as I know it: Gabriela Hearst