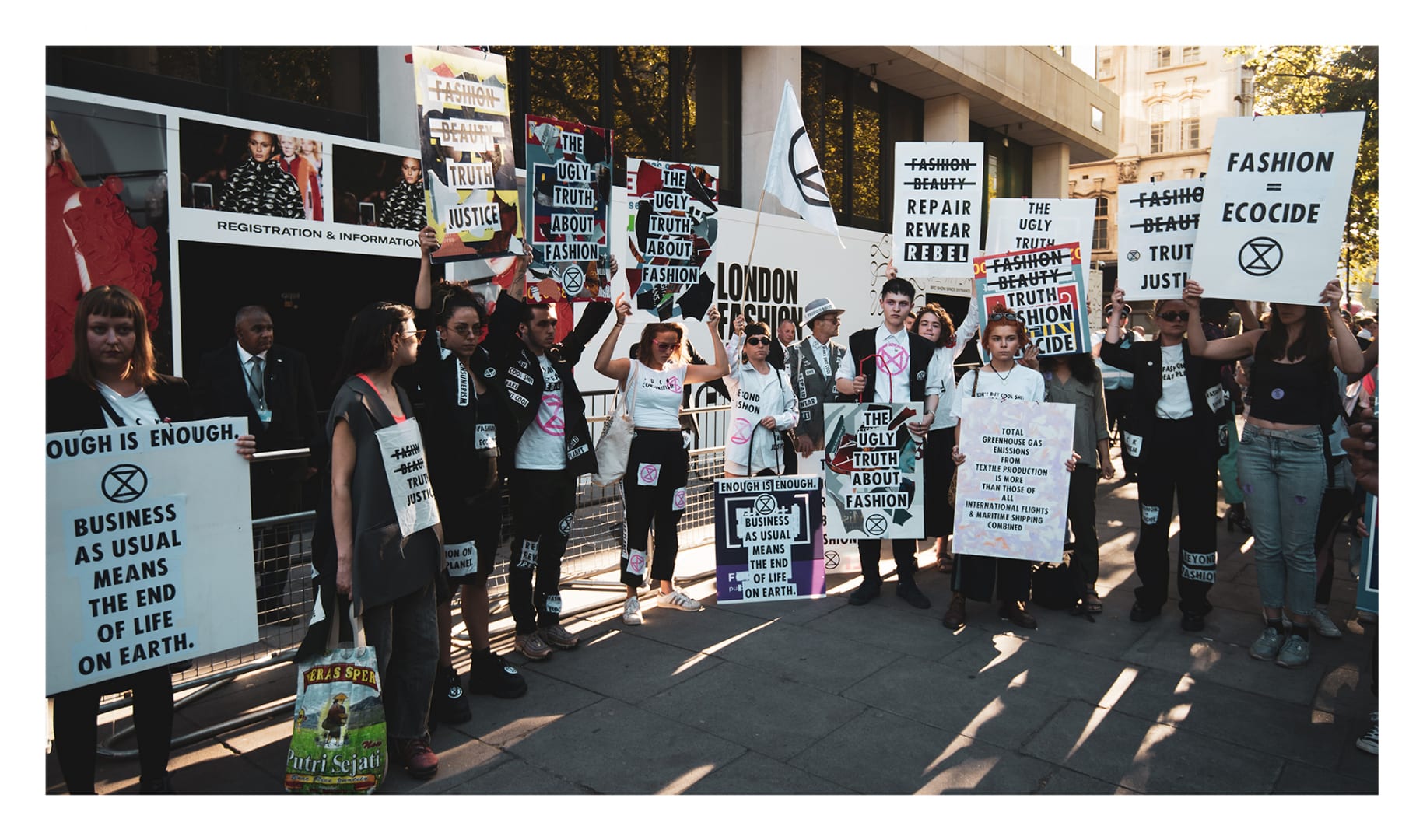 As London Fashion Week draws to a close for another season, fashion tech innovator, writer and public speaker Brooke Roberts-Islam speaks to designers and Extinction Rebellion representatives about this week’s protests and how we can all play a part in building a more sustainable fashion industry.

On Day 1 of London Fashion Week, I was met with a row of police vans stationed outside the LFW show venue, parked up, in an ominous standby state as if predicting the worst might happen. With civil unrest predicted following Extinction Rebellion’s calls for a ‘boycott’ of LFW and of the British Fashion Council to acknowledge the climate crisis, the heightened security  signified that the escalating protests about the climate emergency we are now facing were being taken seriously.

Sara Arnold, founder of fashion rental business Higher Studio and member of Extinction Rebellion, now known as XR, explained that they are calling for one thing (with three parts). They want the government to tell the truth about the climate emergency; to act immediately to halt biodiversity loss; and to create a Citizens’ Assembly on climate and ecological justice, to ensure that achieving net-zero carbon emissions by 2025 (as deemed necessary by IPCC) is not beyond hope.

But is boycotting fashion week really the best way to halt the climate crisis? XR has, in fact, penned a letter to the British Fashion Council asking them to cancel London Fashion Week and convene the industry instead, to discuss solutions for halting fashion’s broken and polluting system. The term boycott has been mistakenly used, explained Arnold when I interviewed her on day 2 of LFW. Would it be possible for LFW to go ahead and then convene the industry, I asked? Do these things have to be mutually exclusive? Arnold’s view is that fashion week is a distraction from the truth about the urgent crisis we are in, and to overhaul the system business as usual needs to stop. “We need to have a radical solution, ” she said. But what about the independent designers whose products she rents via her subscription service, Higher Studio? “I feel deep empathy with designers wanting to make a living out of what they are doing,” she said. “But Higher Studio won’t save us.” 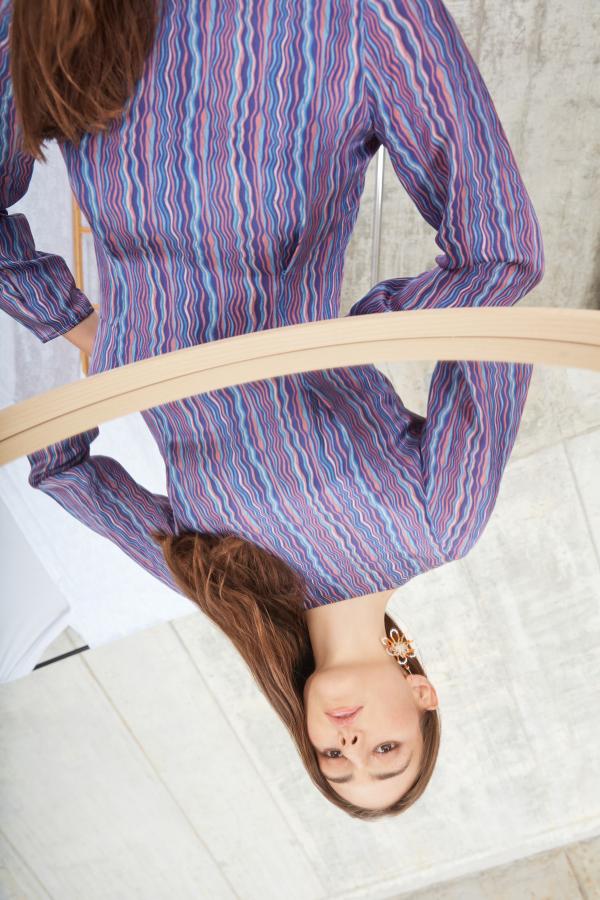 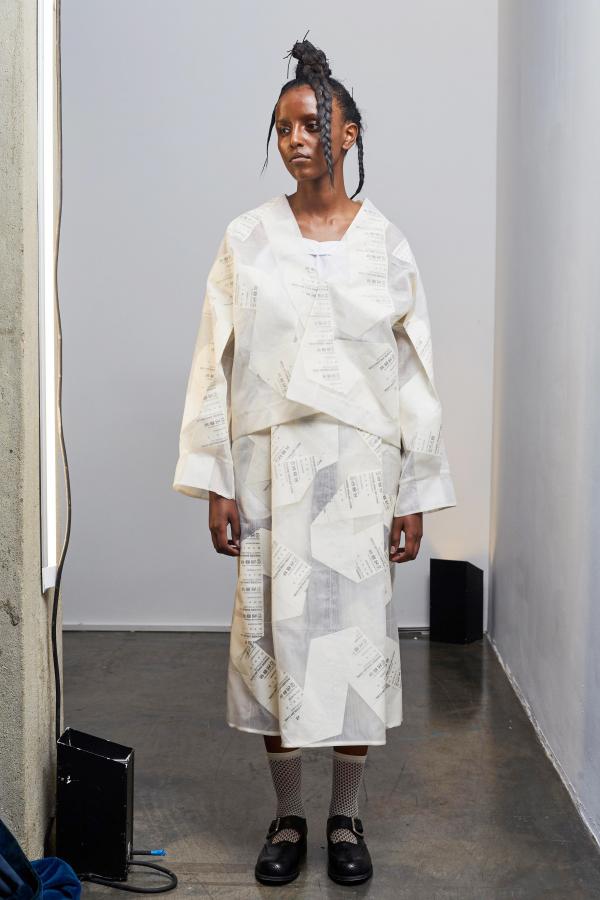 Looking to designers for their opinion, I spoke to London-based Sabinna Rachimova, founder of womenswear label SABINNA, which she sells direct to consumer via pop-up stores and an e-commerce site. On the subject of boycotting London Fashion Week, she said: “I would love to see alternative solutions – London Fashion Week could be used as a platform to inform, educate and showcase the necessary changes that this industry is facing.”

During a Positive Fashion panel discussion on the final day of London Fashion Week, Arizona Muse echoed Rachimova, saying: “fashion week could be harnessed for good (so that it) reflects a more humane approach.” It’s true that London Fashion Week has a hugely influential and powerful voice, which explains the importance of XR being part of the LFW narrative as the BFC ushers in a new era of Positive Fashion and seeks to be part of the sustainable solution and secure the industry’s future – in Brexit Britain, at least.

Phoebe English also joined the Positive Fashion panel to explain why she stopped making collections for three seasons and discarded “eight years of (working with suppliers) – scrapping it all and starting from scratch.” English and several other designers, including Bethany Williams, who earlier this year won the Queen Elizabeth II Award for Design, have created a Whatsapp group to converse about the challenges and solutions they are facing as fashion designers and brand owners, and to rally around solving sustainability challenges.

Bel Jacobs, representing XR, presented the stark truths from the IPCC and UN climate reports that we are “in the middle of the 6th mass extinction”. “We called for fashion week to be cancelled to use this as a platform to broadcast the climate emergency,” she said. “Everyone will stop and recognise (the emergency) if the BFC does that. It’s too late for incremental change.”  She dismissed the notion that the XR activation planned for the final day of fashion week entitled “RIP London Fashion Week” was “overly dramatic and alarmist”, again citing the IPCC and UN reports as evidence that the planned action is proportional, reiterating that XR are “calling for an end to the industry in its current incarnation.” 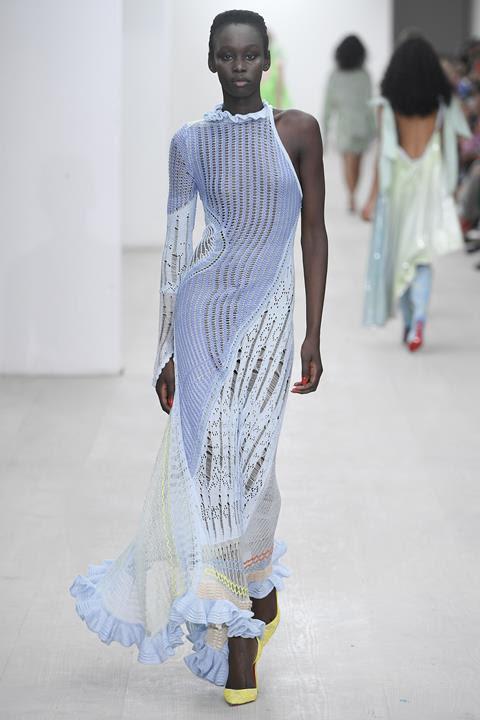 Designer Roberta Einer, who presented her collection in a London Fashion Week show, commented: “I feel incredibly privileged to be part of the LFW but understand that with that comes a lot of responsibility.” She explained that over the last couple of seasons her team has started to recycle silks for their embroideries, re-dye and reuse fabrics for sampling, and revaluate the mills they are sourcing their fabrics from. This echoes the words of English, who has assessed all aspects of her business and implemented the most sustainable options within her power. She admits there is still much to do, though.

Tamsin Blanchard, the panel moderator, nailed the crux of the problem by reminding the London Fashion Week audience that “we can’t buy our way to sustainability.” She pointed to fast fashion as the main culprit for the lion’s share of waste and climate impact attributed to the fashion industry.  There was no representation from fast fashion brands at the panel discussion, but JD.com and Foot Locker are current sponsors of LFW, so there is undeniably a direct line of communication from high fashion to fast fashion. 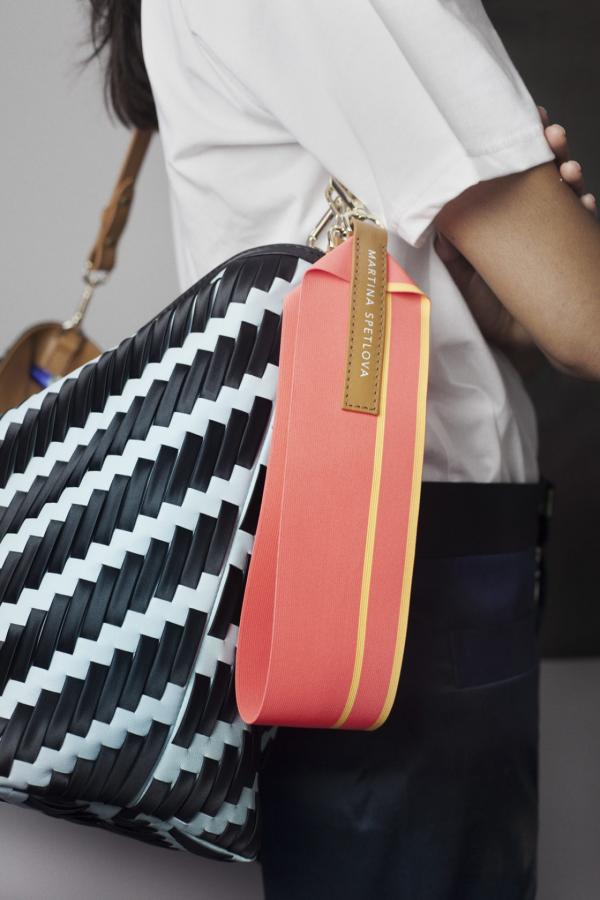 In terms of the drivers behind the growth of the fashion industry and the huge volumes of fast fashion produced and consumed, Dr. Amy Twigger Holroyd, professor of School of Art and Design, Nottingham Trent University and core team member of the Union of Concerned Researchers of Fashion said we are: “stuck in a capitalist model of growth.” “Do fashion designers need to create things? No. When we recognise this, the scope for creativity is much broader,” she said.

This conjures up thoughts of the work of digital fashion house The Fabricant, which created the world’s first blockchain registered digital couture, never to be made in physical form, and ‘fitted’ to the avatar of the owner – all for a princely sum approaching £8,000. While that may feel quite futuristic to some, there are immediately accessible solutions that could radically improve fashion’s climate impact, like the high street moving from sales to a rental business model. Tamsin Lejeune, CEO of Common Objective, highlighted rental as a potential solution that may offer immediate and widespread reductions in climate impact. 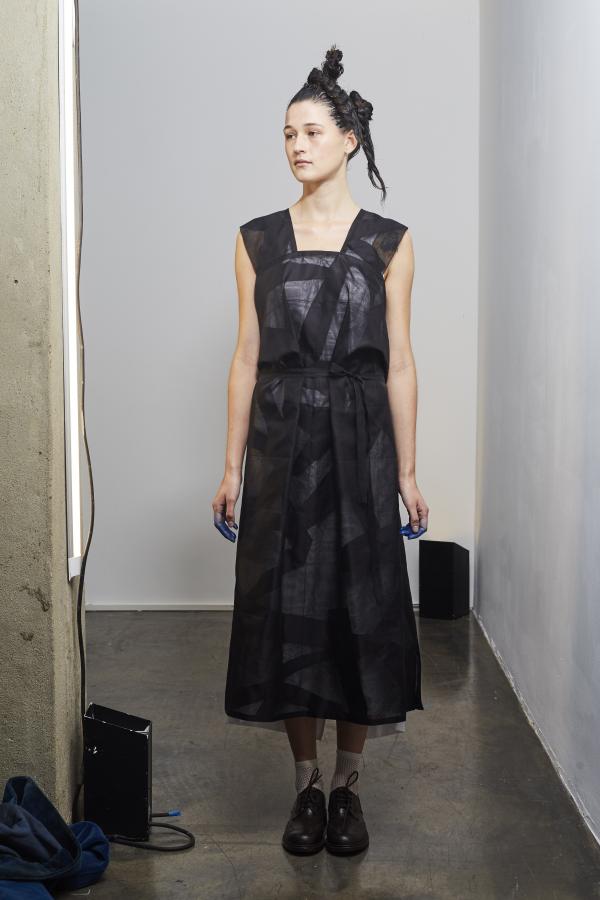 So if the lion’s share of the fashion industry’s environmental impact lies with fast fashion brands, what role can smaller, independent designers play in halting this climate crisis? Phoebe English contributed to the recent environmental audit committee recommendations, which were rejected in their entirety by the British government. “Parliament and government does not have systems in place to deal with this emergency – the change will only come from us, ” she said. “We need to change and we need to change right now.”

London fashion week Positive Fashion exhibitor and designer Martina Spetlova told me that ”although LFW is making positive efforts to promote sustainability within the fashion industry, we still need to stand up with XR boycott fashion and provoke that change through media pressure and awareness. Coming from Eastern Europe I have witnessed the power of direct protest with Velvet revolution.”

So it seems the overriding view of designers and activists at London Fashion Week is that the responsibility falls on all citizens (both those creating and consuming fashion) to demand change. However, protest alone will not effect the change required, and if the existing fast fashion business model and mode of selling remains unchanged, the unbridled use of resources and creation of waste will propel us toward climate devastation. In terms of rallying around solutions and urging recognition of the crisis, the singular, unified message from all parties is that action is required by each and every one of us, right now. I’m starting by reviewing the IPCC and UN reports referenced above. And I haven’t bought a single item of new clothing all year, which I intend to maintain indefinitely. What will you do?

Find out what happened when Livia Firth gave evidence during the Environmental Audit Committee inquiry, and read the government’s response to the fixing fashion report.

Discover our tips on how to do fashion week sustainably.

Aja Barber: But Is Fast Fashion Actually That Cheap?
How Stories Behind Things Hopes to Encourage Narrative Led Shopping
Amber Valletta: 10 things I learned at ReMode
The London 2015 Green Carpet Collection by Erdem