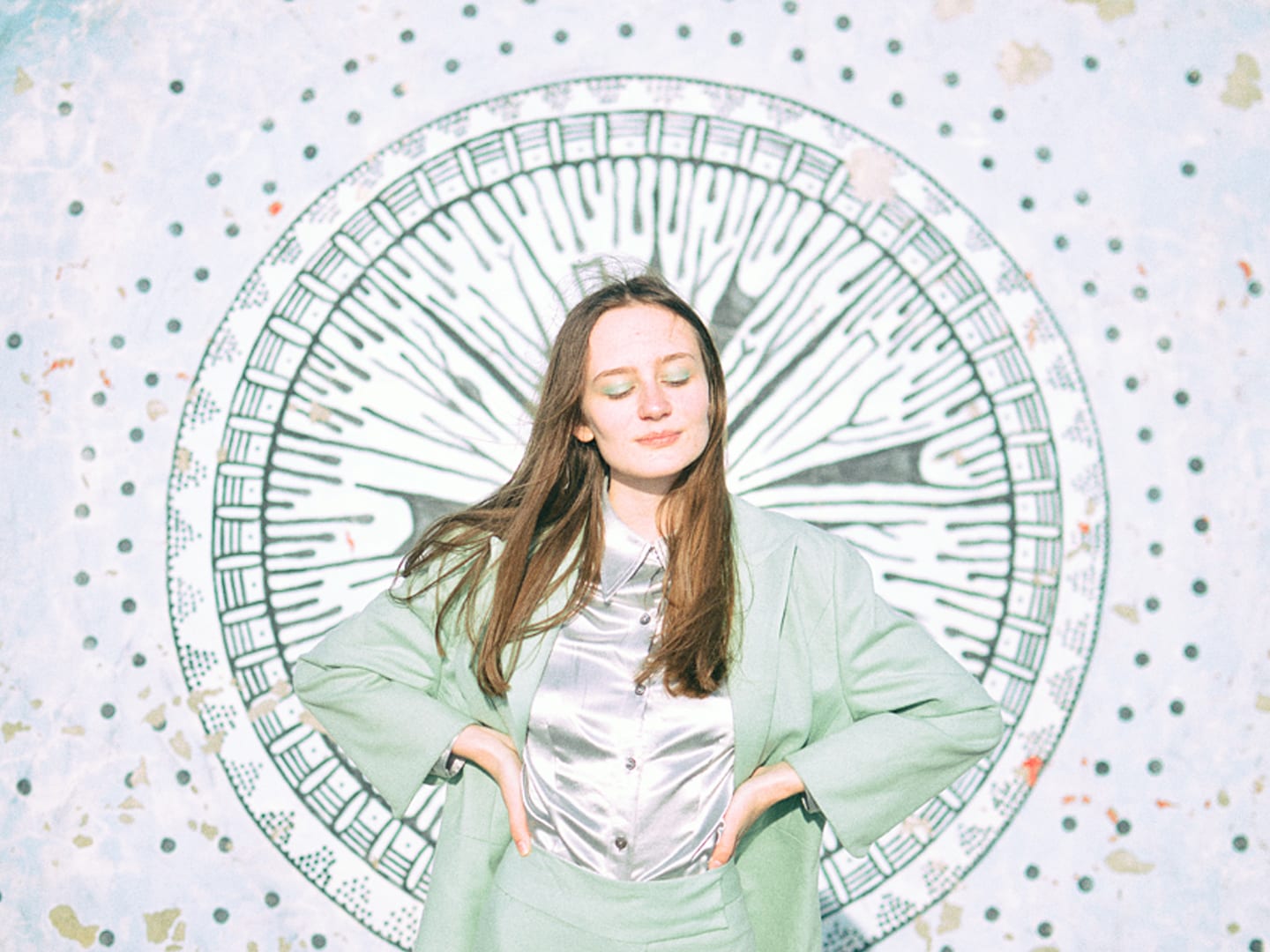 Life As I Know It: Tolly Dolly Posh

Known for her quirky second-hand outfits and eco-conscious GIF art, Tolmeia Gregory (a.k.a. Tolly Dolly Posh) has been writing about fashion since the age of 11. In the latest of our ‘Life as I know it’ series, she tells us how she started blogging, and the moment she found out that an Instagram sticker could change the climate conversation.

Growing up, I was an ambitious dreamer; everyone knew I wanted to be a fashion designer. My mum worked as a designer before I was born which meant from as early as I can remember, I was interested in both the creative side of fashion as well as the act of dressing myself. I’m talking about swapping skirts for just tights over my nappies, football kits to match my brothers and dressing up costumes such as fairies and pirates. It’s always been engrained within me that clothes are a powerful tool for self-expression and that you can also use your skills and artistic abilities to bring new clothing to life do go that one step further.

However, a turning point came in my life at around the age of 13, when I was a year or two into my online journey as a fashion blogger where I shared stories of what I wore and how other people could achieve the looks I was wearing. I heard the devastating news of the Rana Plaza garment factory collapse that happened in Dhaka, Bangladesh, killing over, 1,100 people and injuring around 2,500 more.

Yet the true turning point came after I watched The True Cost documentary by Andrew Morgan, which was released in the aftermath, in 2015. It was one of the rawest and eye-opening films I’d ever watched. It was the first time I ever saw footage of bodies which were found beneath rubble and the remains of half-finished clothing which had the labels of well-loved brands stitched into them. How could it be that this industry I had always wanted to break into, and what was the reason for this? How could it be that nobody had ever told me about the darker side of fashion? And how had I gone this far without realising my consumption habits were a part of the problem? 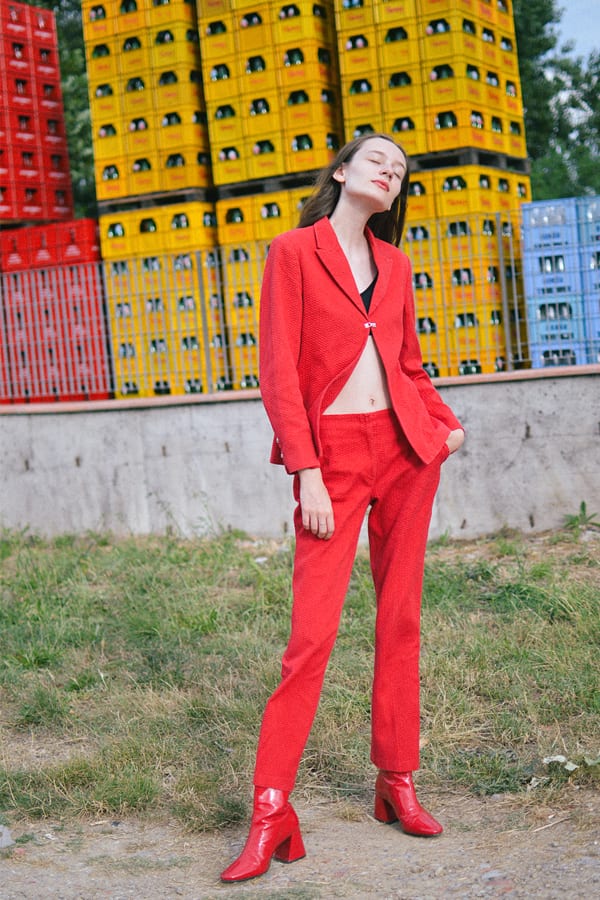 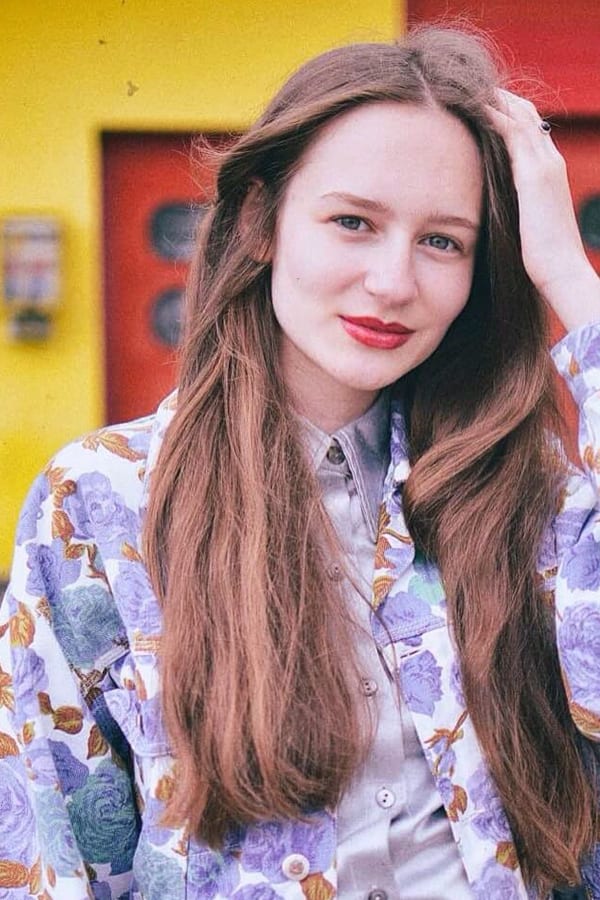 This sudden realisation of the need to educate myself further soon reflected in what I was creating online. I knew that I had to use the platform I had managed to grow at such a young age as a way to educate others and unpick what I had started to unravel on my own personal journey, in a relatable and positive way.

Initially, the ethics and human rights issues that are still so deeply rooted within the fashion industry were what hit home the most. I found myself feeling hopeless for the lives that had been lost for a reason which was ultimately, frivolous consumerism and an industry that thrives off of non-stop demand.

The environmental aspect which of course goes hand-in-hand with everything else, took a while longer to seep into my consciousness. I didn’t grow up to be particularly environmentally friendly; it wasn’t as if my family had ever gone out of our way to cause destruction to the planet, but the knowledge just wasn’t there. We had yet to be told the real truth about the crisis we were facing. Of course, being able to admit that it wasn’t something at the forefront of my mind shows that I have grown up with privilege and the luck to be living somewhere that isn’t already suffering the consequences of this emergency. In the UK, we are fortunate enough to be able to use language that looks to the future rather than to be dealing with a constant threat to our lives. 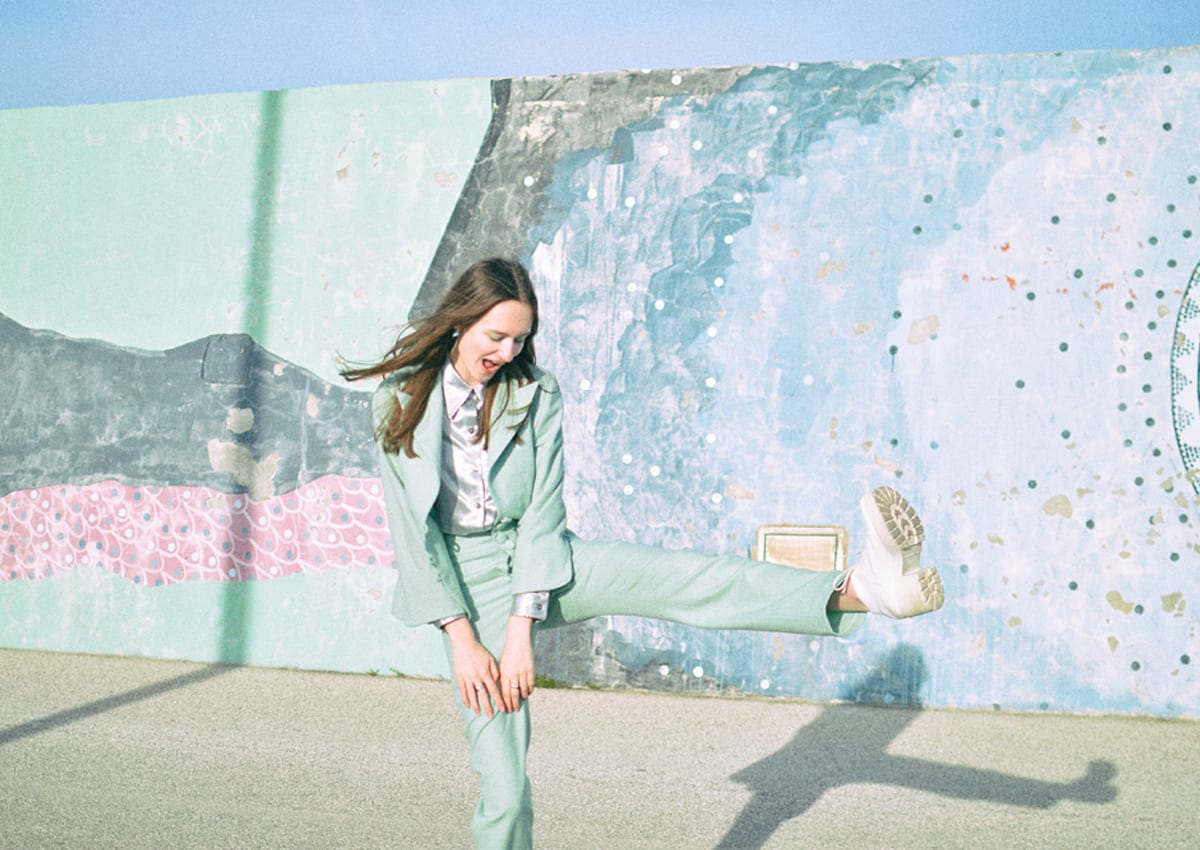 Fashion was where it all started for me both in terms of my hopes for the future but also in terms of making personal lifestyle changes once this awareness hit me. I don’t use my platform to be an advocate for every individual lifestyle choice that people can make to be more conscious citizens because I see them as a very small piece of a larger puzzle; however, I’m at a place now where I feel extremely confident about my stance and view of clothing.

As a consumer, I almost only buy second hand and even then, it’s very limited. Buying second hand allows me to add more stories to my clothes and appreciate them for longer. Although it’s not always an option for everyone (whether that’s for financial reasons, accessibility or sizing), I do believe it’s where we should always start when it comes to our clothes or even fashion design – which is why I really appreciate new designers such as Phoebe English and Christopher Raeburn who are fulling supporting this way of creating and thinking.

Fashion isn’t where it ends though; the climate crisis is about everything and everyone which means I no longer solely focus on fashion and my clothes through my activism and online platforms. I see myself as an environmental activist. I’m a part of Extinction Rebellion, working as a local coordinator as well as a part of the International Media & Messaging team as a graphic designer, which is what I spend a lot of my time on now ever since I began creating what are now rather ‘infamous’ GIF stickers on Instagram. 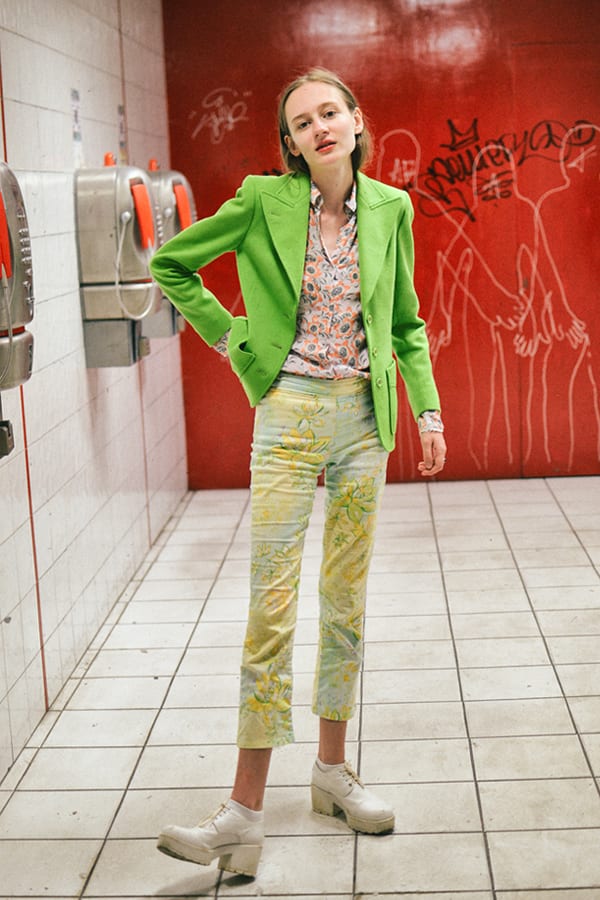 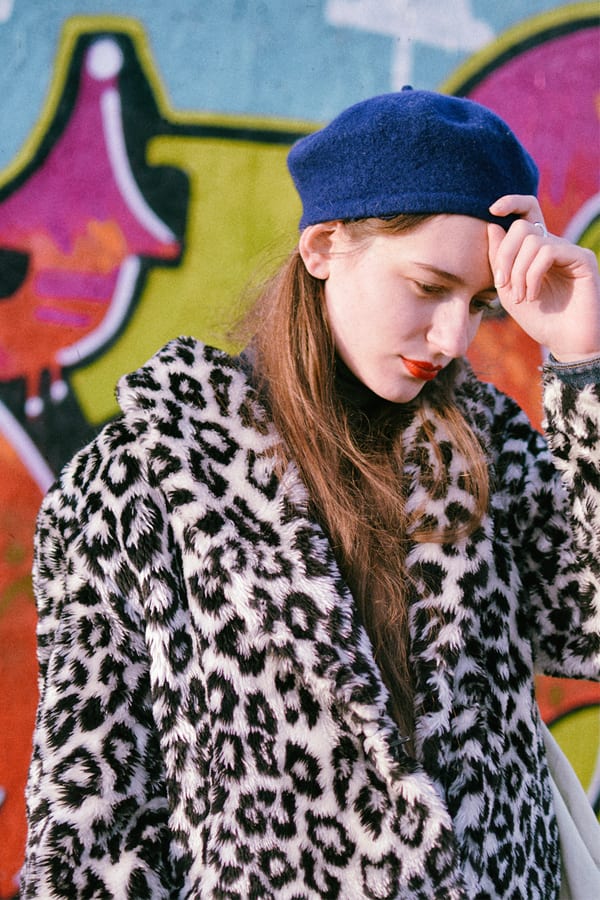 Becoming a verified GIPHY artist was purely for selfish purposes, as I wanted to utilise stickers on Instagram for my own form of branding. I soon realised that they were being used as a labelling device and were actually more visually impactful than I ever could have imagined; they’ve now been viewed over 7 billion times and been used by the likes of Celeste Barber (when she was raising millions of dollars during the Australian wildfires of late 2019/early 2020), Ariana Grande on Snapchat and actresses such as Kristen Bell.

It’s how I support myself as a self-employed artist now, although I only work with sustainability-conscious clients which sometimes is quite limiting. It just wouldn’t align with my own personal morals to work with a brand that is exploiting people or the planet, even if it’s just for something digital.

I see my GIF stickers and my artwork as an accessible way of approaching the climate conversation because they bring that sense of fun and engagement that you don’t necessarily get without them. If somebody wants to share how they’re feeling about a certain issue, take eco-anxiety for example, suddenly having the ability to use a GIF sticker to label that makes things slightly more palatable, in my opinion.  It’s like saying – “Hey, this is an actual issue that even takes up space alongside fun memes and other stickers people are using. Maybe we should be talking about it just as much as everything else?”

The reach they’ve received and the responses they gain have really opened my eyes to how powerful art is when it comes to activism. Art can express emotions we’re often unable to communicate with words, and although my own work usually does include some form of typography, it’s usually only in short straplines.

Pictures really do tell a thousand words and often when we are focusing on such complex issues, that’s exactly what we need more of.

Discover more from our ‘Life As I Know It series‘ looking into individual journey’s in sustainability.

Read Tolly Dolly Posh’s advice on how to talk to youth activists about the climate crisis.

Find out how humour can change the climate conversation.

A Journey From Slacktivism to Activism
The Circle x Eco-Age Difficult Conversations: FGM
From Fashion to Art: How A New Generation of Congolese Creatives Are Expressing Themselves
The Handprint Of Fashion