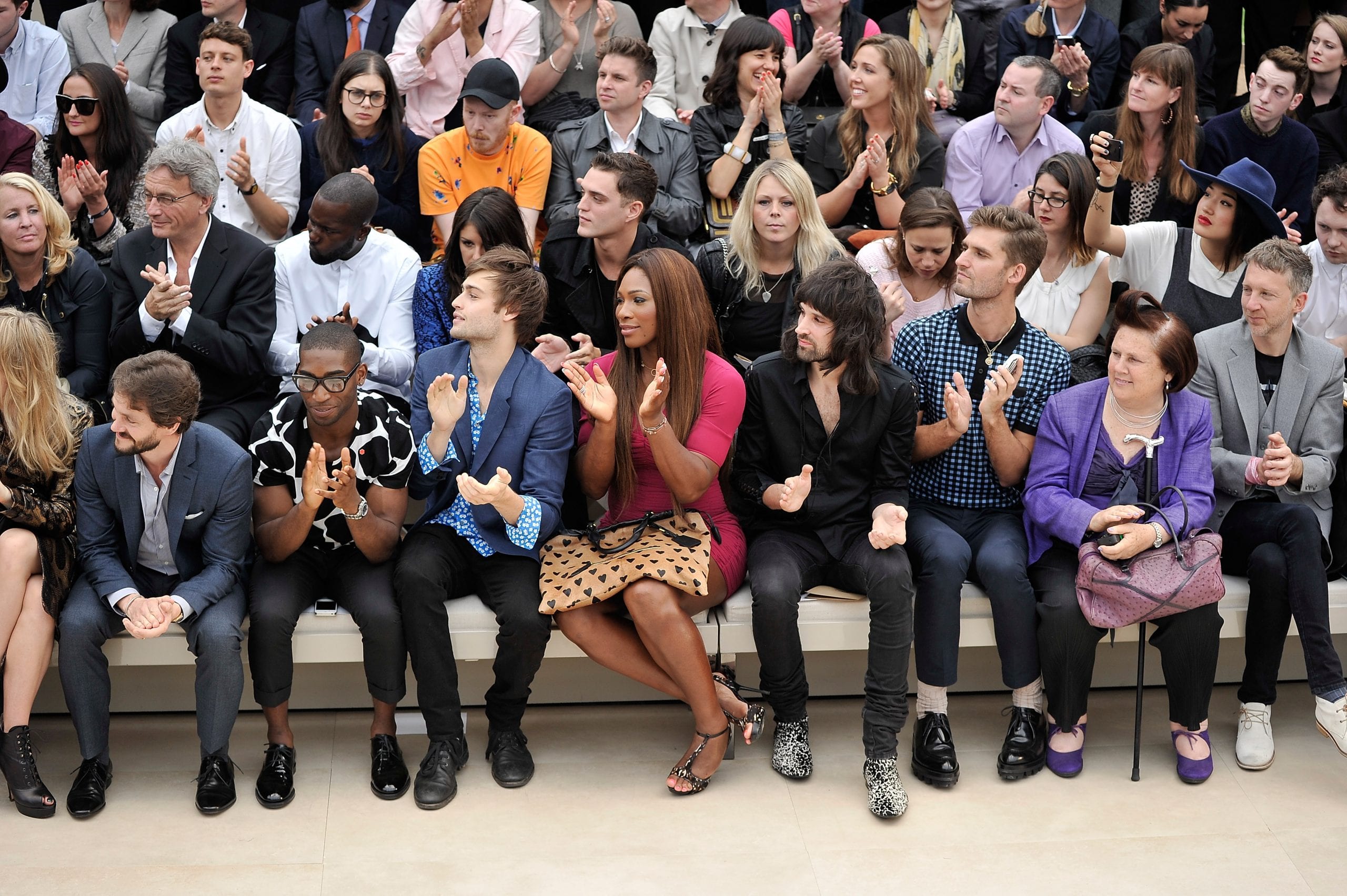 Life As I Know It: Suzy Menkes

In 2009 in a milestone feature for the New York Times, Suzy Menkes, International Editor of Vogue, coined “sustainability” and “responsibility” as the “new buzz words”. Almost a decade later in the wake of being recognised with the Visionary Award at the Green Carpet Fashion Awards in Milan ten days ago and just off the plane from the spring/summer 2019 collections, she gives Eco-Age her take on the progress that fashion has – and hasn’t – made since.

“The main thing is to get the links buttoned up between the providers of clothes and whoever wears them – we need to encourage people to be determinedly interested in the provenance of the clothes they are buying. That’s what worries me most – because it really comes down to encouraging consumer understanding that buying things just because they are cheap can be counterproductive. But it can feel like a radical change to demand of anyone, not to mention one that feels unnatural if they don’t have a huge amount of money.

The truth is that if you really love clothes, you hate the idea that they are produced by people who are being treated like slaves – or using methods that have catastrophic environmental consequences. We can’t expect people to be suddenly enlightened and change their behaviour completely or transform themselves into leading what we might now call an “Eco-Age life” – but changing attitudes is another matter.

We need to bang harder on the drum and get everybody talking about it it. That’s why I love what Livia is doing with the Green Carpet Fashion Awards. It’s not just a fancy night out but it’s really about deep thinking – and a wonderful way to encourage deep thought about the impact fashion has.

I can’t say that sustainability was a particular focus of the international collections that we have just seen. It’s difficult for big fashion houses who are dealing with so many different global customers simultaneously and for designers who are under such multifaceted pressure. To their credit – big luxury groups like LVMH and especially Kering have appointed sustainability experts to encourage customer awareness, but it’s difficult to be both reining in and pushing sales at the same time.

Ideally we want the big houses to acknowledge the work of Eco-Age and what being “green” means in reality – and to somehow ensure that all their most influential young customers are questioning how and where their clothes are produced. One highlight of the season was 26-year-old Marine Serre [winner of 2017’s LVMH prize for young fashion designers]. As far as I know her attitude is absolute – she does nothing without thinking about its impact and the provenance of it – and yet it’s also a deeply joyous, interesting and a fresh take on fashion. We need people like her to be our role models.

What also inspired me hugely was the Homo Faber exhibition in Venice [put on by Richemont chairman Johann Rupert’s Michelangelo Foundation for Creativity and Craftsmanship] – somehow we managed to slot it into my diary between New York and London Fashion Week. It was a fascinating celebration of the effect of human hands in the creation of luxury goods from some very famous labels. It provides such an engaging story for people. And while it’s hard to imagine fashion slowing down enough for everyone to individually focus on the real-life aspect of it – it takes the real thinkers to drive change. And of course we need the people with money to drive the ideas into reality.

In terms of sustainability in my own life, I’m so old – I’m probably the last person working in fashion who was a baby in the war years, so I grew up with a very clear understanding that we had to take care of our belongings and make them last. I remember my mother saving every coil of string that came on parcels in the post because we didn’t know when we’d next be able to get hold of a ball of string. But really I never wanted a plethora of clothes – my ambition was always to have enough money to have beautiful things – and that attitude has prevailed throughout my life. I don’t buy diamonds – either for myself or anyone else – but if I wanted to I would look very keenly on how and where they were sourced. But generally I don’t have an acquisitive nature – which is probably why I wear so much Issey Miyake. I like to think about how I can change what I wear by how I wear it. In fact I’m probably the worst of adverts for the fashion industry since I’m not always rushing off to buy something new. I’ve always wanted to love my clothes and wear them until they drop.

One challenge of this debate is that it’s difficult to know how truthful people are really being about their attitude to sustainability. I don’t want to imply that people deliberately don’t tell the truth, but I think sometimes people prefer not to admit that they bought something cheap at TopShop because it looks like something from Gucci – and we can’t always expect them to. I don’t know that we can blame fashion magazines for that however. Their message hasn’t ever been about encouraging people to buy cheap clothes necessarily – but of course they certainly haven’t been about encouraging people to wear things until they are worn out, either. I was lucky to be alive in the fantastic era of the Sixties and Seventies when separates were all the rage all of a sudden. Before that it was all about top-to-toe looks – that break up of the traditional female wardrobe was very important and hopefully gives us an opportunity to style our clothes in a variety of ways; to style more life out of them. 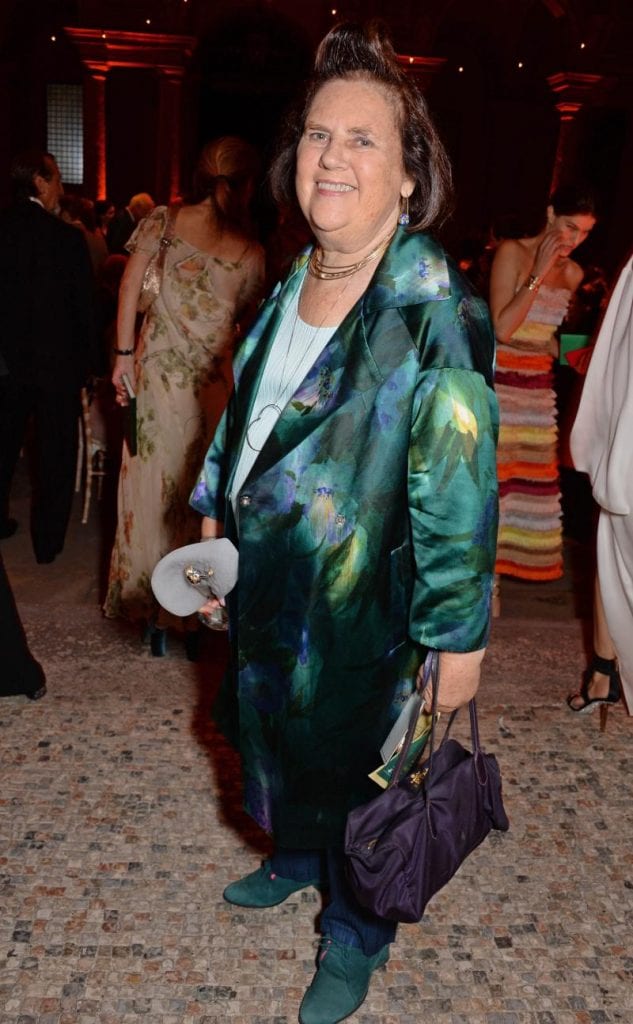 When it came to the Green Carpet Fashion Visionary Award, I was honoured, of course, but I also felt ashamed that I don’t do more. With all of our busy jobs – it’s so challenging to do all the things we want. As I thought about it, I had a flashback to a trip to Kenya in 2012 to research the creator of the metallic embellishments on Vivienne Westwood’s bags. We had to walk through slums that you just can’t imagine – put it this way, you had to throw away your shoes afterwards. We eventually found this man and he was so joyous and proud of the work he was creating – and about the fact that it was his route out of the slums. That was really my turning point – I just became determined to think about the human beings involved in making the things we want to buy. In practical terms, we can’t  all go to Bangladesh and tell people off for inhumane working conditions – but what we can do is encourage people to see and care about the beauty of something that has been created by human hands – and love it; and pass it on to their children.

That’s what I want to encourage all the designers to do – to tell the world about the exceptional people and skills involved  in making their collections. It’s not the language of fashion yet, but it’s certainly my language.”