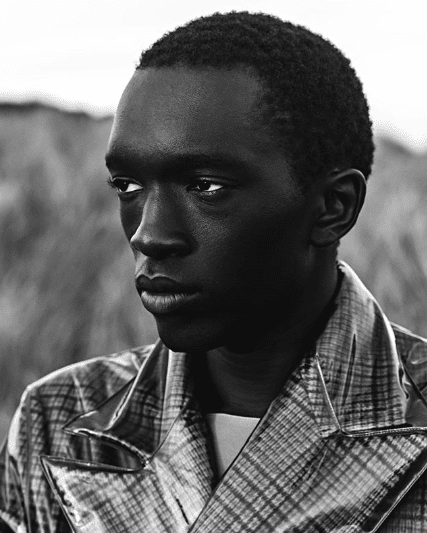 Life As I Know It: Wilson Oryema

Wilson Oryema, model and anti-consumerism activist shares his journey navigating through the fashion industry whilst speaking out for sustainability.

Life as I know it has always been a challenge in a few ways: From staying alive; To knowing myself better; and more. I’ve always been pushed to look at myself and the surroundings and ask “Are we conducive to each other’s health?” for both people and places. In my infancy, although I wanted to be a better person, it initially came from a self-centred space, as when one is still learning to identify themselves and setting appropriate boundaries, it can be quite the task to understand how to be better for those around you—which we all have to! My crash course came as a result of bad eating habits, and learning the effects with my body.

A lot of time by mid-teens was spent in dentists and doctors offices—more so than I care to remember. From there, my awareness of personal food choices and its impact on the environment only grew. I changed my diet, became vegetarian at 18. Then soon after became vegan. As a result, even started paying attention to where I was getting my clothes from, as well as, what type of jobs I worked in, such as, Youth charities, Tech education foundations, etc. Alongside that, a lot of my inspirations came from many family members working in spaces focused on helping others: from them working in charities, to mental health hospitals, and more. It could’ve been considered the norm for me to assume a role which serves society in the way of supporting those who may need support the most. However, I’m not going to say that was something I actively chose to employ in my life direction, but it surely had a subconscious impact which has influenced most of the things I do. So, at this point, a lot of the puzzle pieces were present coming together, however, there were still vital parts missing from the piece… 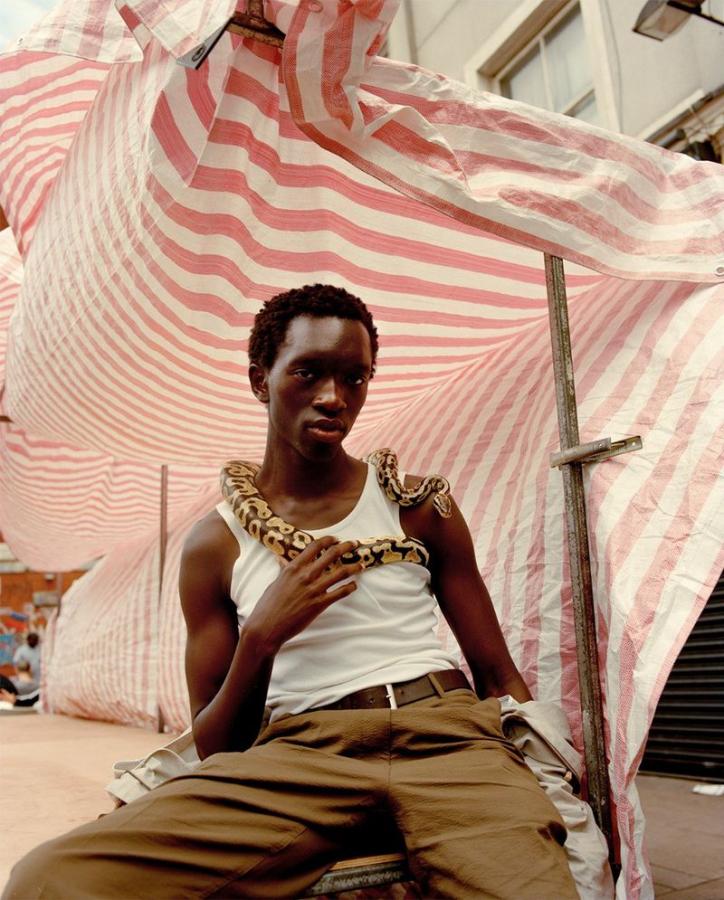 Fashion gave me two things that I could never repay: A confidence in my own “voice” and ability to trust my ideas; and secondly access to some of the most inspiring and creative people on the planet. Initially, very skeptical of the industry, my first interaction was being street-casted for a Margiela show in Paris over 4 and a half years ago, which I didn’t believe at all. I had an itch in the back of my mind about potentially being kidnapped throughout the process—which fortunately was needless worrying. Anyway, from getting that job, I came into contact with many people who I became great friends with, who also inspired and changed my life. From photographers, such as Harley Weir, who I assisted and learned a lot from about not hesitating and doing/sharing the work you feel is important or interesting. Designers, Such as Grace Wales Bonner, who taught me a lot about fabrics and clothing, as well as instilling important self-confidence in me. To all types of people, including: models, casting directors, stylists, make up artists, and more. Essentially, my time in fashion has been extremely beneficial, and given me the vital puzzle pieces I had been missing out on, namely, sustainability. 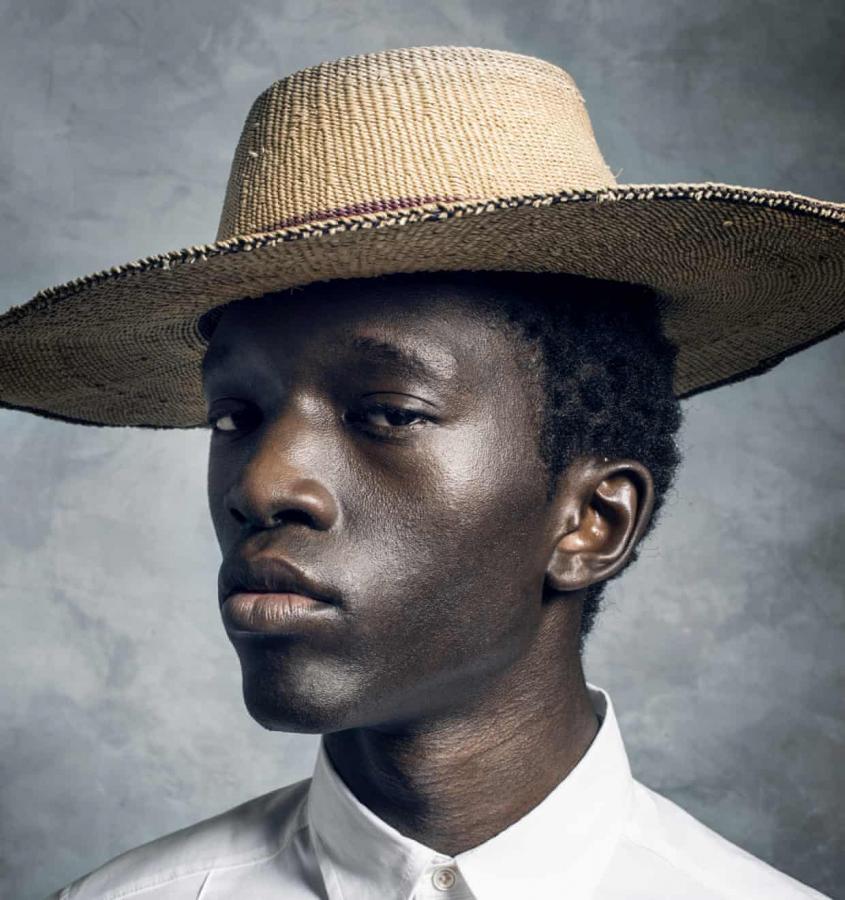 Photo by Joanna Van Mulder for the Observer

As opposed to previously thinking about all parts of the cycle separately. Understanding the concept of Sustainability has now given me better clarity and insight on the relationship between all these things on our planet, how they positively and/or negatively effect each other, and how we can move forward to reduce our individual and collective impact. Since then it has been part of my efforts to push the conversation in that direction, through the fashion brands I work with and speak about, and highlighting our collective behaviours through my art and writing with the theme of “consumption”. Moving forward, if still possible, I will definitely try to continue further exploring all the spaces I currently occupy. Including the art, writing, fashion, etc. While also furthering my knowledge and experience on sustainability. Hopefully being able to serve in a sustainable development role at a fashion or technology company some point in the near future. Of course, there are massive challenges (and pressure!) which go hand in hand with such things—and generally trying to be more sustainable and employ more ethical and positive living in my personal and professional life—such as discipline, self care, and more. However, all I can do is avoid putting too much pressure on myself, do my best today, and deal with each problem as it arises.

Wardrobe Crisis Podcast: Clare Press meets Sass Brown
Clare Press' Letter From Lockdown: "I Like the World with Less Pollution"
Lucy Siegle and Livia Firth launch Fashion Critical: An Emergency Podcast for Times of Crisis
From The Frontline Of The Global Climate Strikes