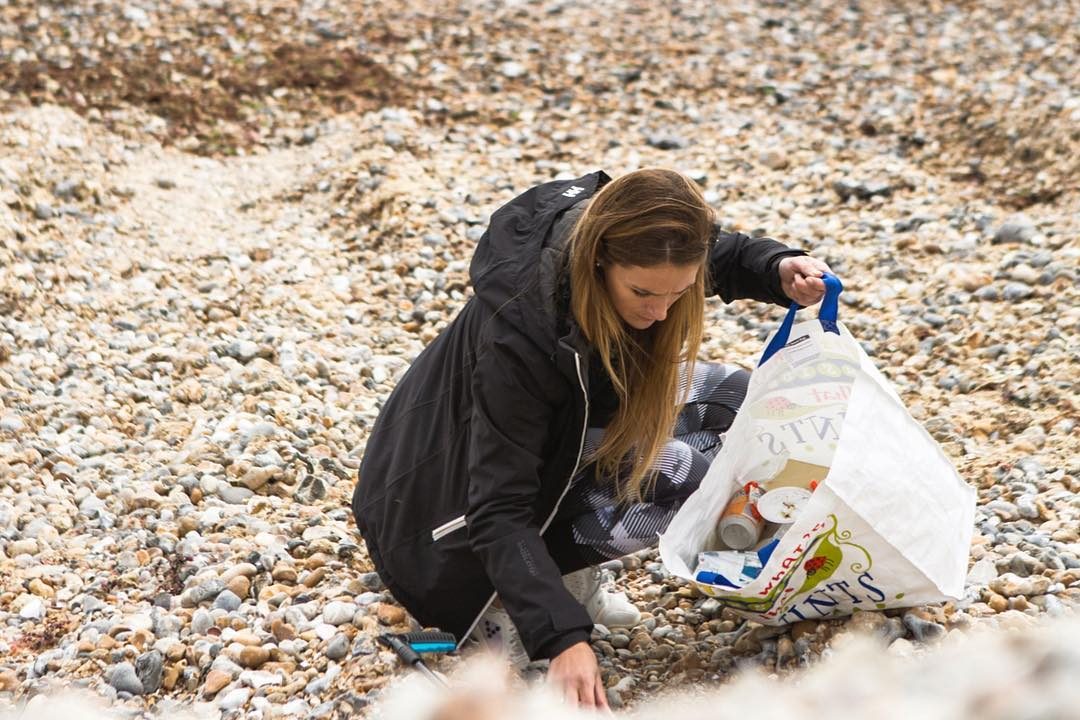 Logging the litter that you collect this World Clean Up Day can help pile pressure on the companies at the top to reduce the waste they produce. Having created an app to do just that, Plastic Patrol’s Lizzie Carr and volunteer Carole Rocton tell us how recording the rubbish we find can help facilitate long-term change.

While this year has forced us to take a step back and reflect on a global pandemic, the climate crisis has by no means been put on pause in the meantime. While scenes of destruction such as the wildfires on the American West Coast and Australia have acted as an outcry for immediate action, a resurgence of plastic packaging has been observed and has resulted in more litter finding its way into the outdoors. It’s safe to say that World Clean-Up Day couldn’t fall at a more poignant time.

Falling on the 19th September 2020, the initiative is a call for individuals from all over the world to protect the planet by collecting single-use litter in their local area and preventing waste from entering our ecosystems. An open ask to everyone to do their bit for the environment, it’s an annual reminder of the power the smallest individual act can have when done in unison with others.

Yet litter picking itself can have frustratingly short-term effects. Rubbish seems to be replenished on a daily basis, and the endless stream of single-use packaging into our environment can feel like an insurmountable battle. Yet environmental organisation Planet Patrol is on a mission to extend the positive effects of local clean ups, by encouraging participants to log the waste that they come across through its app.

So, what purpose does recording your findings actually serve? Well, we need to be able to measure the problem to manage it. Litter picking alone will never solve the crisis, so we must reimagine litter as evidence. By recording the rubbish we collect by type, brand and amount (the exact location is automatically captured in the app), we can build a global repository of evidence to hold corporations and government to account and find real, tangible solutions. The amount of waste we find is proof of a system failure, but we can use it positively to identify patterns and trends that can help solve it. Tracking and recording litter in the app gives us the chance of addressing this problem from the top down. 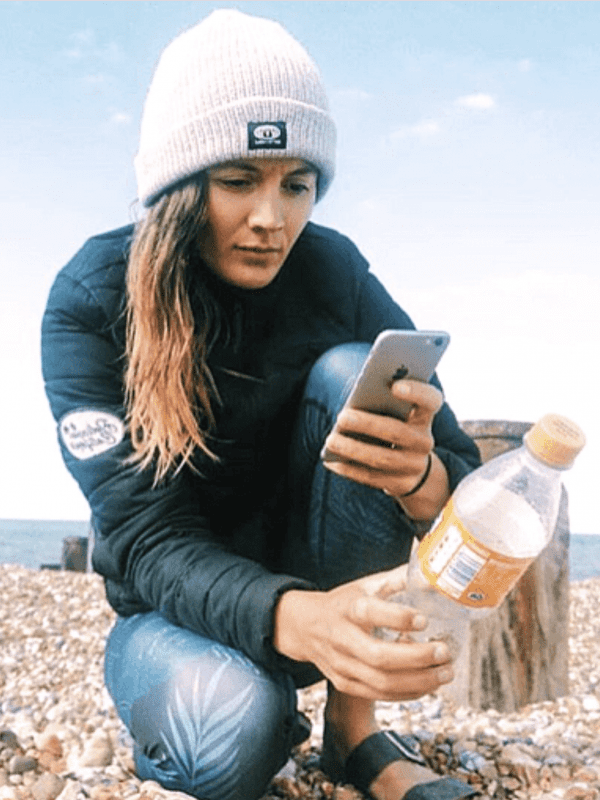 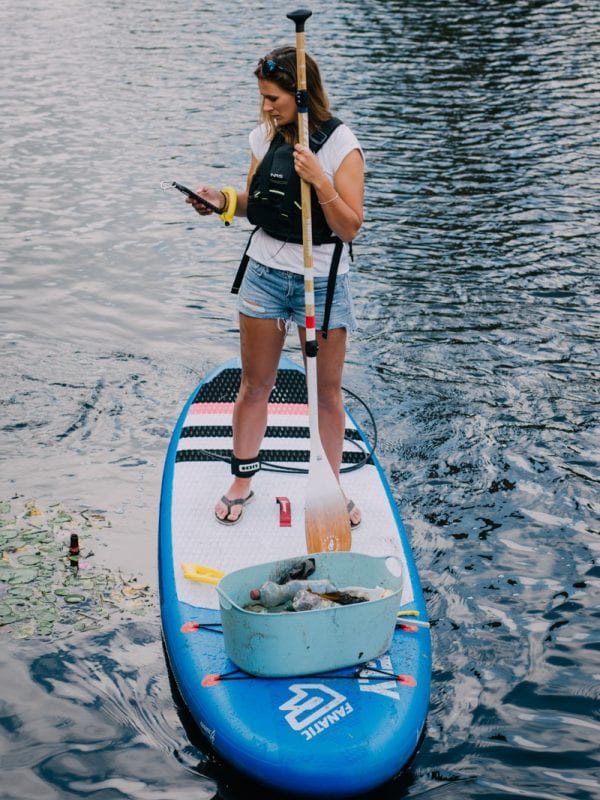 Every piece of litter uploaded in the app, from types of packaging to the brand and the amount collected is vital evidence in understanding the source of the problem and, ultimately, using data to call for widespread system change. All data crowdsourced by the general public via the Planet Patrol app is shared with partner researchers at University of Nottingham and University of Glasgow to pinpoint hotspots, trends and patterns. It is essential to collect litter data in order to build a clear picture that reflects the reality of the current single use culture and its impact on the environment.  It gives Planet Patrol the collateral required to present detailed evidence that can help shape and enforce public policy and induce responsibility from brands.

Obtaining detailed data is the key to driving policy change for the future and impacts of single use plastic production. Planet Patrol’s annual reports highlights the role that supermarkets play in perpetuating the single use culture. Collectively, they produce 59 billion pieces of packaging annually, which amounts to a total of 800,000 tonnes every year and we see this impact reflected in our findings too.

The message is simple; anyone can trigger real change by joining this movement. The power of one person should never be underestimated. In fact, Planet Patrol’s journey was started by one individual. In 2016 Lizzie Carr began a one-woman crusade to draw attention to, and fight against, plastic pollution in our waterways where 80% of marine debris – including plastic pollution starts.

Aware that her own experience of witnessing huge amounts of litter in the waterways from her paddleboard didn’t match with the public interest or awareness of the problem, Lizzie took it upon herself to take action. She left her job in 2015 and went on to complete three world first challenges from a paddleboard, catapulting her mission into a globally recognised movement. Her campaigning sits at the intersection between mental, physical and environmental wellbeing and now, with thousands of volunteers all over the world joining clean-up efforts to intercept litter before it enters our oceans where, by that point, almost 95% of it sinks and is completely irretrievable.

In March 2020 Lizzie took her campaign directly to the Prime Minister and Number 10. It was through the collection of data, via the Planet Patrol litter tracking app, that enough evidence was gathered to draw clear conclusions about the source of plastic pollution and solutions to tackling it. Insights from the app’s data which is analysed by partner Universities – Nottingham and Glasgow – led Lizzie and the Planet Patrol team call for an overhaul of the system from the top. 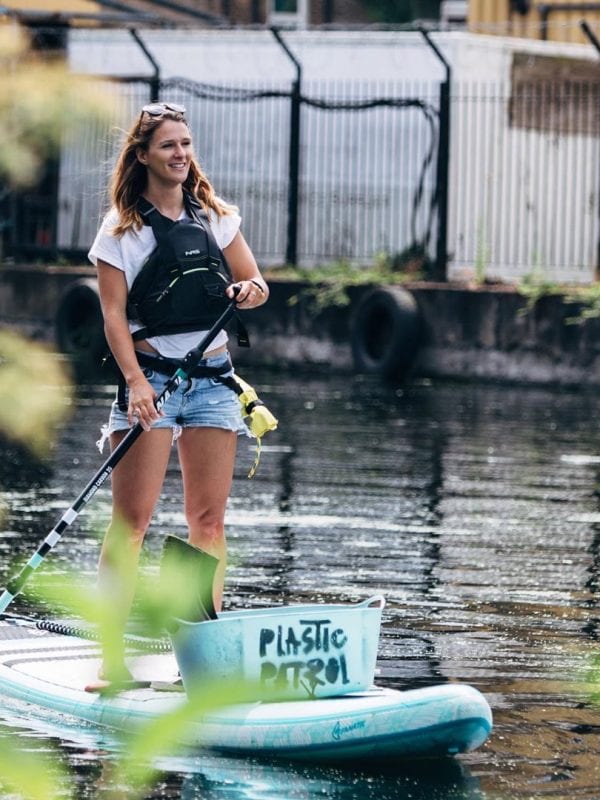 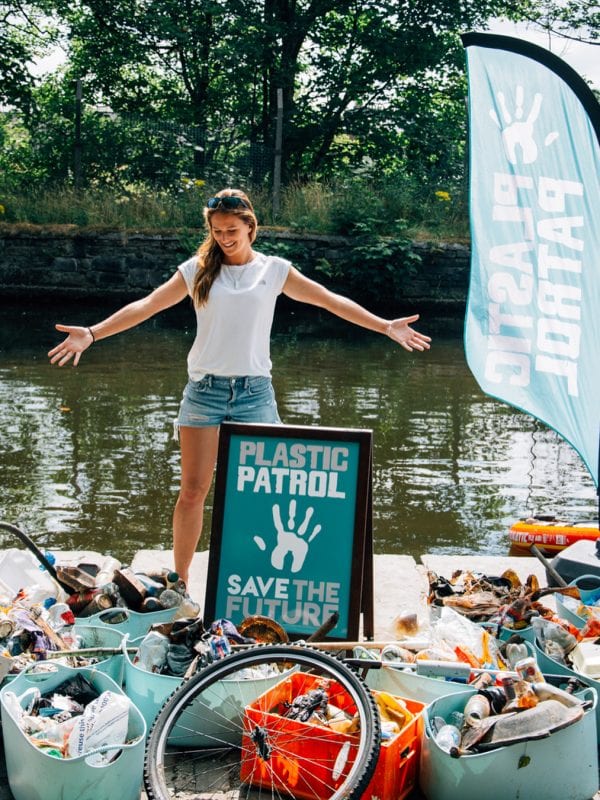 So how does the litter tracking app work? Simply take a picture of litter in the Planet Patrol app, clearly showing any important details like branding so this is easily identifiable and add the type of litter (bottle, wrapper, can, food containers or even a plant pot!) and log the name of the brand if you can see it. Once that is done, hit upload and the image (which has the location you took the photo automatically geotagged) is sent to the team for verification. You’ll be able to see your contribution on the litter tracking up within 48 hours and single piece you upload will be logged in the leader board so you can track your haul against people all over the world.

Organising clean ups around the world, Planet Patrol relies on its growing global community to take action in their local areas to build up an evidence base that points to polluted hotspots, types and brands of litter. Volunteers are an essential part of a global mission that is of prime importance in order to hold governments and corporations accountable.

Participating in clean-ups and recording waste collected on the application are crucial steps to measure waste footprint and provoke change in our waste system. The data collected will contribute towards the development of solutions in order to stop an overproduction of non-essential packaging and to develop a more responsible manufacturing production ethics. This year, the safety of all volunteers is a top priority and a set of guidelines has been created for the occasion in order to ensure that we are able to carry out clean-ups. We’ve had to find new ways to continue with the mission we have committed to. As well as our clean-up activities outside, which are now limited to six people per clean-up; we highly encourage volunteers to go on their own clean-ups, would it be to the local park or woods.

There is definitely hope for the future as long as we are seeing action taken to implement change.

Discover the full list of organised clean ups on Planet Patrol’s website. Activities are free to join, and any equipment needed for them is supplied.

Ella Daish speaks about her fight for plastic-free period products.