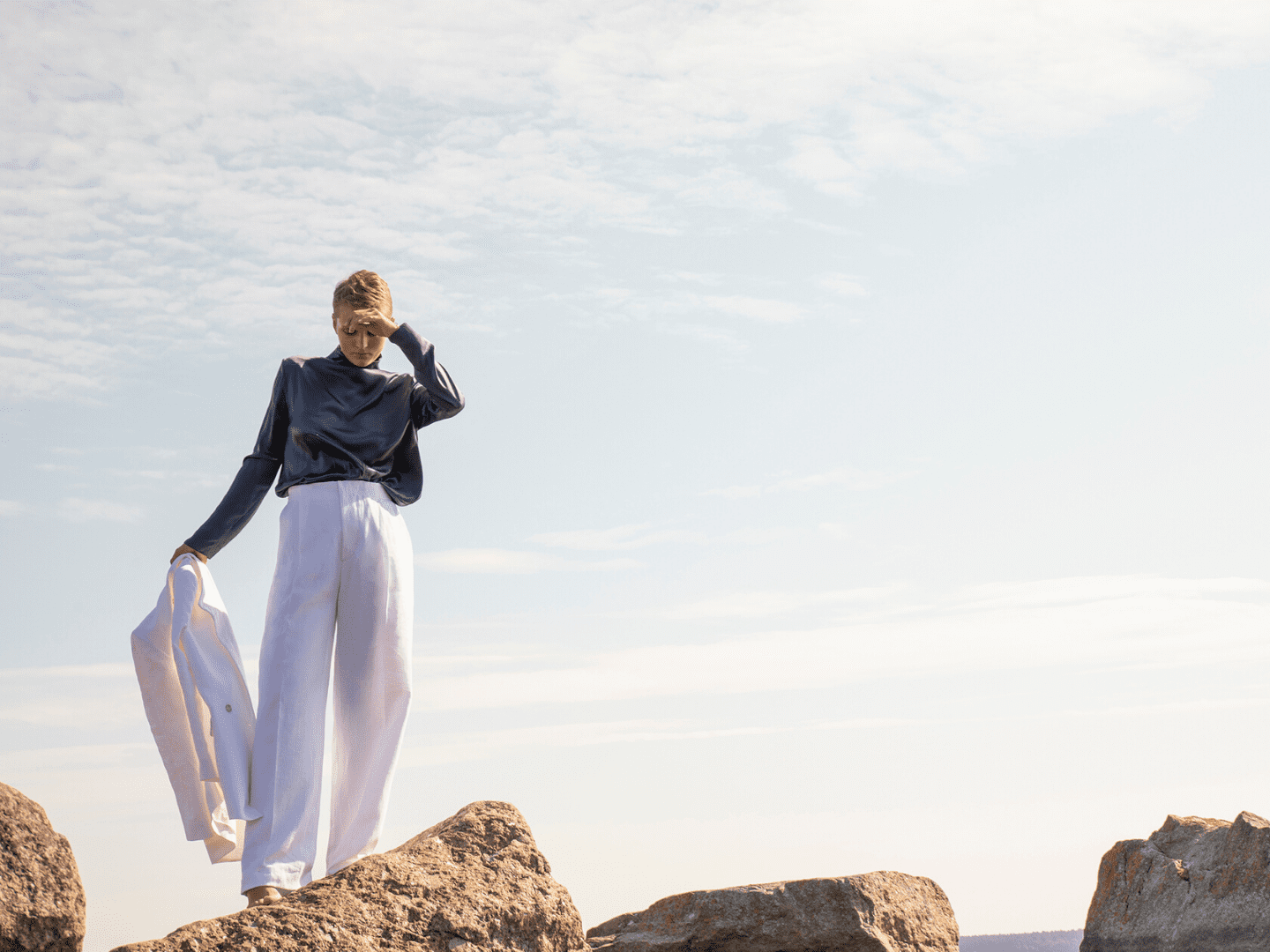 Is Made To Order the Future of Sustainable Fashion?

A Made To Order business model can help to reduce waste, levels of surplus stock and demands on designers – but what are the implications for small fashion brands, and how do customers respond? Julia O’Driscoll spoke to sustainable designers to find out more.

There was a time in the not-too-distant past when having a piece of clothing made especially for you was the norm, not an anomaly. People not only accepted but expected the period of time between investing in a garment and the realisation of the design into a material form hanging in their wardrobe.

Nowadays, consumers expect convenience and speed. An attitude shift fuelled, at least partly, by the convergence of capitalism and new technologies has contributed to an increasingly trend-led fashion industry producing garments at rapid speed. Internet shopping, next-day delivery, targeted advertising: it’s all part of the 52 ‘micro-seasons’-a-year fast fashion beast that necessitates mass wholesale manufacturing. Except, the consumer demand isn’t necessarily as insatiable as brands predict, and it’s a model we’re seeing young designers turning away from in an effort to produce more sustainably.

It was particularly exciting that Richard Malone was named this year’s International Woolmark Prize winner considering that the designer’s business model is “so radically different” from the typical modern supply chain. “My way of operating a business is very old-fashioned,” he told us: “We don’t wholesale or mass market everything.” Patrick McDowell has similarly avoided wholesale, regarding it as “the biggest problem with fashion.” For FW20, instead of creating anything ‘new’, the Central Saint Martins graduate upcycled pieces from London Fashion Week’s first swap shop. “My collections act as think tanks on sustainable ideas,” he explains. 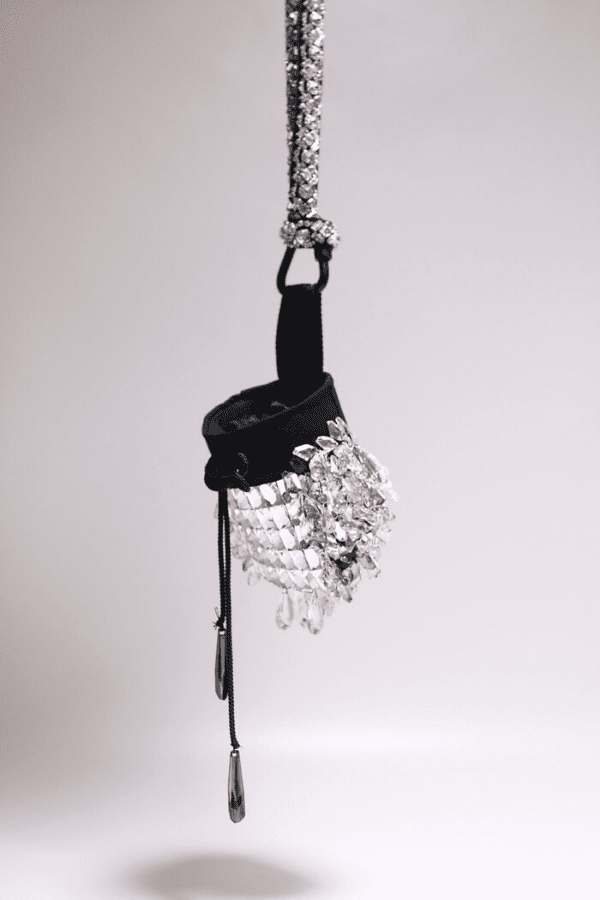 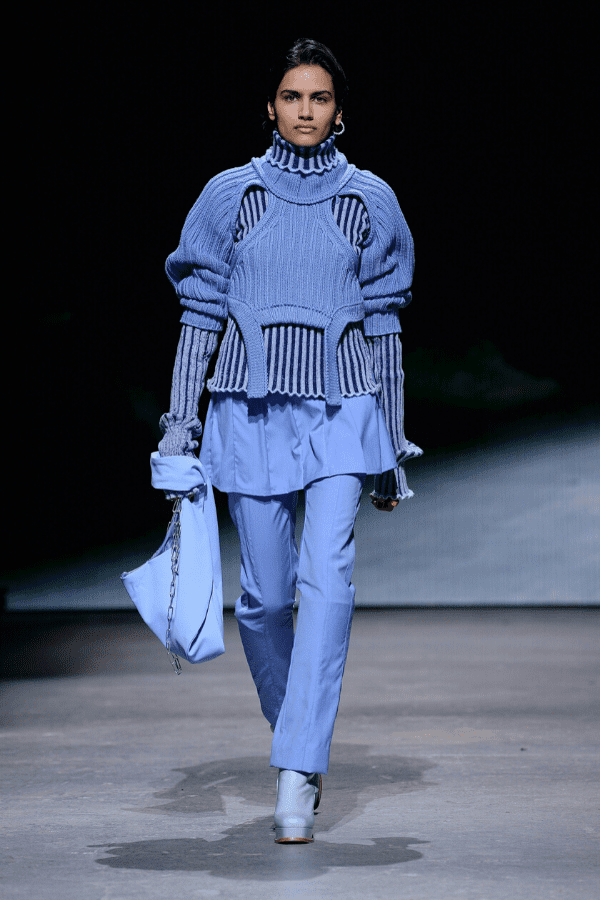 It’s timely that brands are turning towards a made to order model, and indicative of wider changes in the fashion industry. Many will remember one luxury label making headlines in 2018 when it hit the headlines that £28.6 million worth of waste stock had been burnt by the brand in 2017. While the spotlight was initially shone on this case in particular, it quickly became public knowledge that this isn’t an uncommon practice across the industry – and if it’s not incineration, then unwanted garments typically end up in landfill instead.

A made to order model, by contrast, eradicates the production of surplus stock with potential environmental benefits – and it appears to make more economic sense for smaller businesses too. “Made to order helps to keep the finances stable,” says designer Hanna Fiedler: “The investment that you have to put into stock is really immense and that can break a young business such as mine […] Producing based on predictions isn’t a very clever thing to do, whatever way you look at it. ”

Last year, London-based ethical clothing brand Birdsong piloted pre-order dresses on a crowdfunding campaign, and found they sold better than any they’d created before. “When you take away the financial risk of pumping £20,000, £30,000 into a beautifully made, sustainable, Living Wage collection before it’s even sold yet, you can relax a little and spend more time on design, promotion and talking to your customers,” says the brand’s co-founder Sophie Slater. Birdsong is now also able to offer a wider size range instead of “taking ‘the risk’ of forecasting how many units to make in advance in ten different size options.” 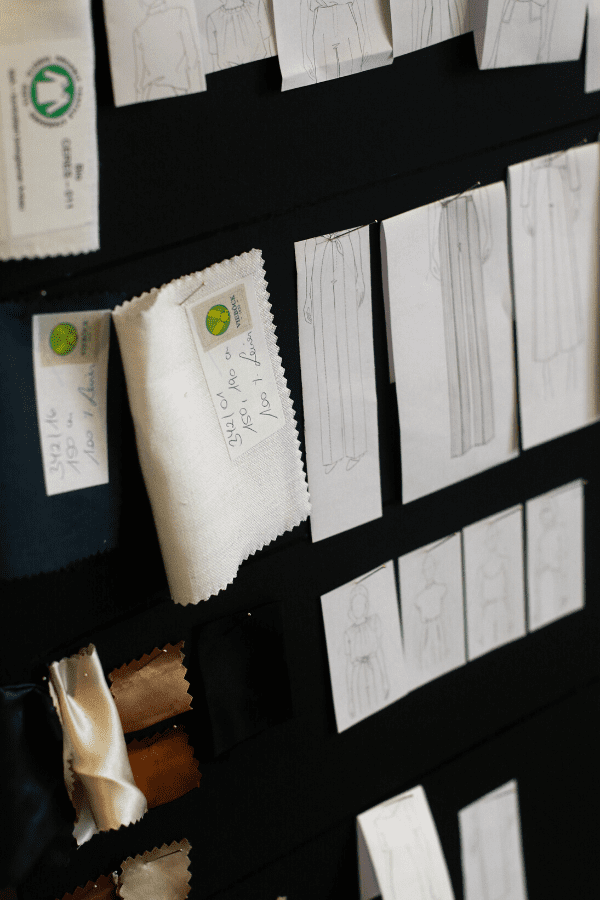 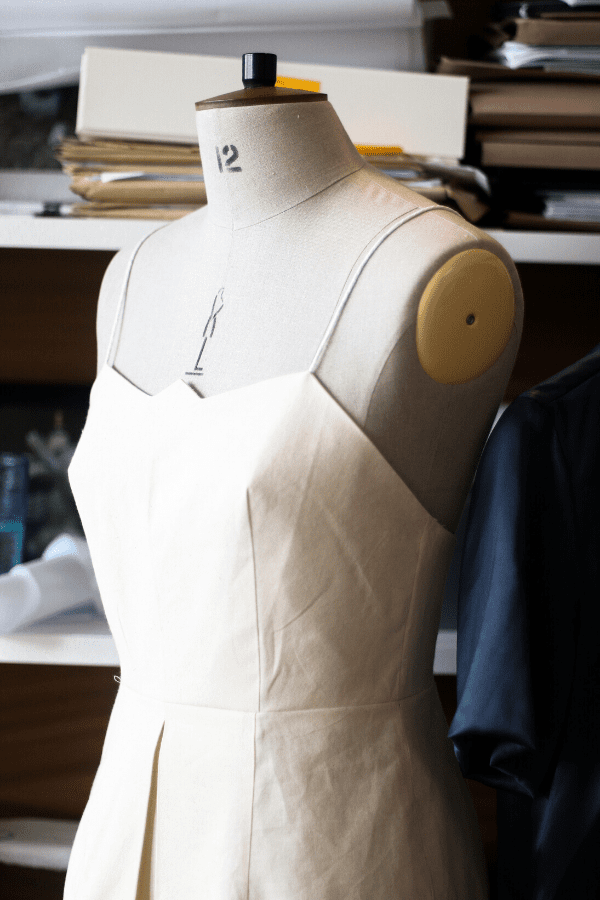 In the studio with HANNA FIEDLER.

There’s undeniably something special about the experience of having a piece made especially for you. “It’s a very different way of shopping, it’s not a digital product you can send by email,” Hanna explains: “The pieces have a different emotional value for the consumer.” Before beginning her eponymous brand in 2018, Hanna trained as a tailor and worked with luxury accessories designer Gabriela Hearst, an experience that gave her confidence in the made to order model. “Her handbags are not available within the click of a mouse,” she explains; after joining a waiting list, customers will be contacted by the brand to discuss the design – which colours they’d like, the size, the details. “There’s a true conversation going on,” she says.

An inherently considered exchange, a custom-made garment moves fashion from the realm of screens and sales to a more human interaction, connecting us literally to the making of our clothes. And it seems we’re not as impatient to get our hands on an item as you might first assume. “When we started working with our older knitters back in 2014/15, we had a hand knitted jumper featured in the Guardian,” says Sophie. “Our orders went wild and we tried to get in touch with our older ladies, but couldn’t get through. We then got a call to say they’d taken a coach trip to Torquay for a week and hadn’t told us. We went back to the customers with our tail between our legs to tell them that the jumpers would be another week late, expecting the worst. When we told them the full story, everybody loved it and were happy to wait five weeks. The image of the cheeky older ladies escaping the day centre for a jolly without telling us brought to life the people behind their clothes so nicely.” Hanna recognises something joyful in the anticipation of a garment arriving too. 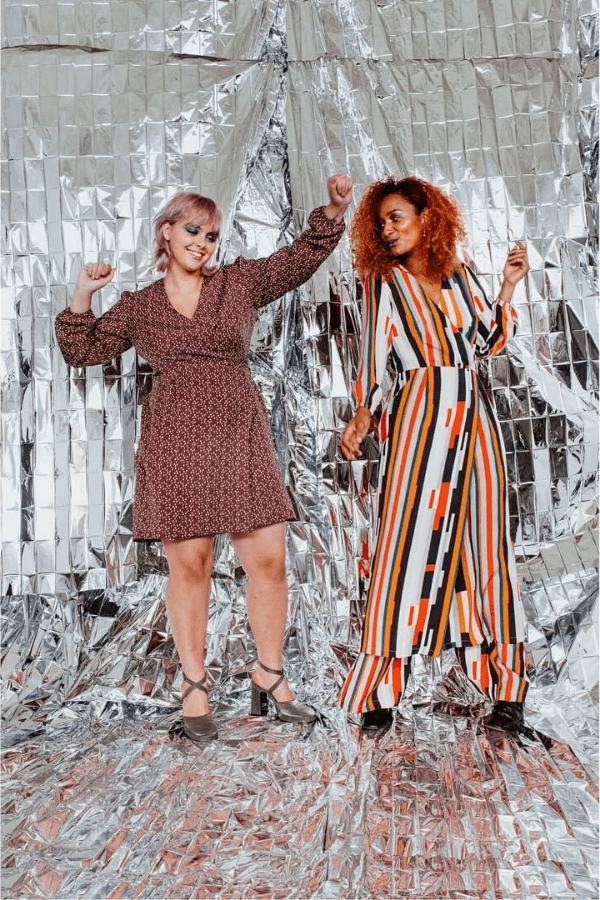 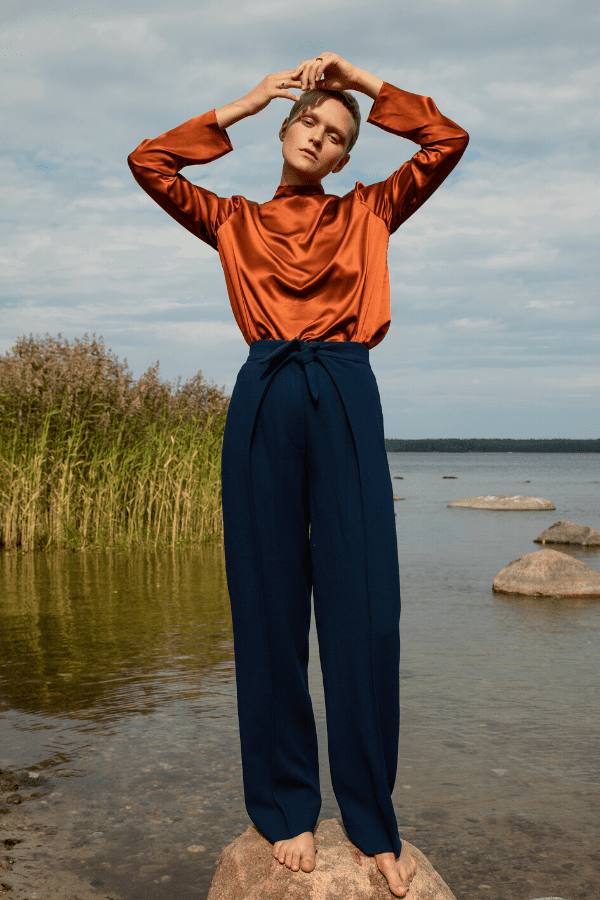 Made to order pieces typically come with a higher price point than wholesale, as it’s not only the item itself but the craftsmanship that customers are investing in too. It’s a literal slowing down of fashion, both for the customer and the designer. “I establish my collections in the metaphor of a book,” says Hanna. “So my introductory collection to the brand, I called it Prologue. And now I’m showing Chapter 1 and working on Chapter 2.”  She sees her designs “almost like characters in a book, they keep developing. It’s about introducing designs and then not disregarding them just because you’re in a new season now and it’s a new year.”

So, is made to order the sustainable solution the industry urgently needs? “Scalability is a challenge working with made to order, but looking at it over and over again and making a clever decision with sustainability in mind will lead the way,” says Hanna. “We also run the risk of keeping up with demand – but we can’t wait to grow if and when that happens,” Sophie agrees. Both these young brands were born with sustainability at their heart; whether bigger fashion brands can now adopt a slower approach is less clear.

If further technology developments can reduce deadstock and consumer-consciousness around sustainability creates impactful change in shopping habits, then the made to order business model certainly has a significant role to play in moving towards a more sustainable fashion industry. And it’s fair to say that any garment you’re happy to wait six weeks for is likely to tick the #Beyond30Wears box too…

Our tips on how to start dressing ethically.

Find out more about Birdsong and HANNA FIEDLER in Bringing Business to Life.

8 Inspiring Moments from when Livia Firth met Jane Goodall
Life As I Know It: Eshita Kabra
The Circular Textile Innovations Helping To Fix Fashion’s Waste Problem
Here’s How Farming Affects Us All, From A Regenerative Farming Expert