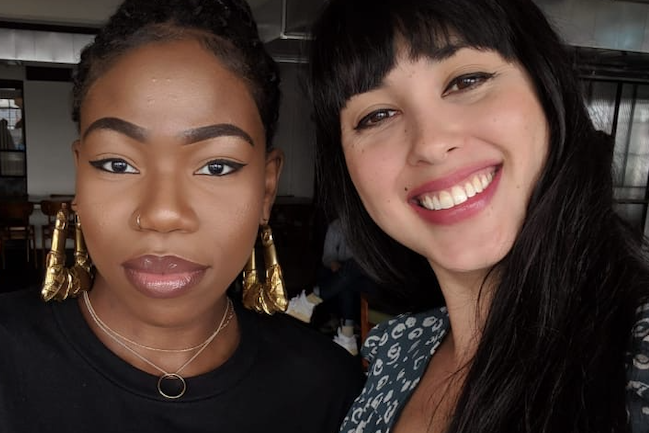 Is Mentoring the Key to Sustaining a Happy Career?

A mentor can help to broaden your professional network and experience – but it can be hugely beneficial for the mentors themselves too. Julia O’Driscoll speaks to Melissa Hemsley and her mentee to find out how this kind of support scheme can help to sustain your career.

Feeling fulfilled by your career doesn’t necessarily depend on which industry you choose to go into, or the area in which you specialise. Often it can be the people that surround you who provide the best opportunities to learn and develop your skills and knowledge – and that doesn’t necessarily have to be confined to those you share your office with either. It’s a grey Thursday afternoon and I’m on a three-way call with Melissa Hemsley and her mentee Teeyana Aromi – I’ve just asked what they’ve both learnt from one another since meeting in August 2018.

“This is a bit like being on First Dates!” says Melissa, which is met by fantastic laughter. The energy between the two is completely infectious, and it’s easy to see that they were (as Melissa comments) perfectly matchmade. “Melissa gives me new ideas on how to approach things,” says Teeyana. “Sometimes I can’t think of what else to do and then [Melissa] has an idea and takes it to another level.”

“You make me feel younger and more alive!” replies Melissa – even as we’re on the phone Teeyana is giving her advice on which studio lights to invest in for taking photos in her kitchen. “It’s more that we’re friends than anything else,” she comments.

The concept of mentoring has been around since antiquity, but in the past 50 years it has become much more common. With Gen Z’s and Millennials becoming adept in the art of multi-hyphening (if you haven’t read Emma Gannon’s book on the subject, do!) it can be easy for individuals to feel isolated and overwhelmed when facing career challenges alone. Forging connections with those more experienced in your field can help when navigating the ever-changing professional landscape, not to mention helping to offer equal oportunities within infamously competitive industries.

A post shared by Creative Mentor Network (@creativementornetwork) on Jun 21, 2018 at 5:30am PDT

Melissa and Teeyana were put together by Creative Mentor Network, a London-based non-profit supporting young people to pursue careers in the creative industries through mentoring. The organisation’s aim, CEO Isabel Farchy tells me, is to support “people who have figured out that they want to work in the sector, but who don’t have the network they need to take the next steps. It’s a way of offering social capital out to young people who wouldn’t otherwise have access to it.” The fact that the pair work in different fields – Melissa as a chef and Teeyana in TV – doesn’t seem to have been an issue. “It’s just another relationship, and ultimately relationships are for feeding,” says Melissa.

“Creative Mentor Network works with lots of different partners to design and deliver mentor programmes, to support socio-economic diversity in the creative sector and to equip mentors with an understanding of some of the issues surrounding diversity, in order to become advocates for it,” Isabel continues. “One of the things that we find mentors do a lot at the beginning is think that they have to be the person to solve the problems for the mentee. In fact, it can be more powerful to just listen, to empower that person to come up with their own solutions.”

On the initial process of becoming a mentor, Melissa reflects: “The sense of responsibility was huge. I kept thinking, will he or she be disappointed? I thought, at the worst I can be a listening board for him/her and share practical advice, whether it’s with their CV or connecting them to my pool of friends and people I know. At best, I hoped that I could help to guide her. Now it’s more like that, I’m learning from her and growing too!” 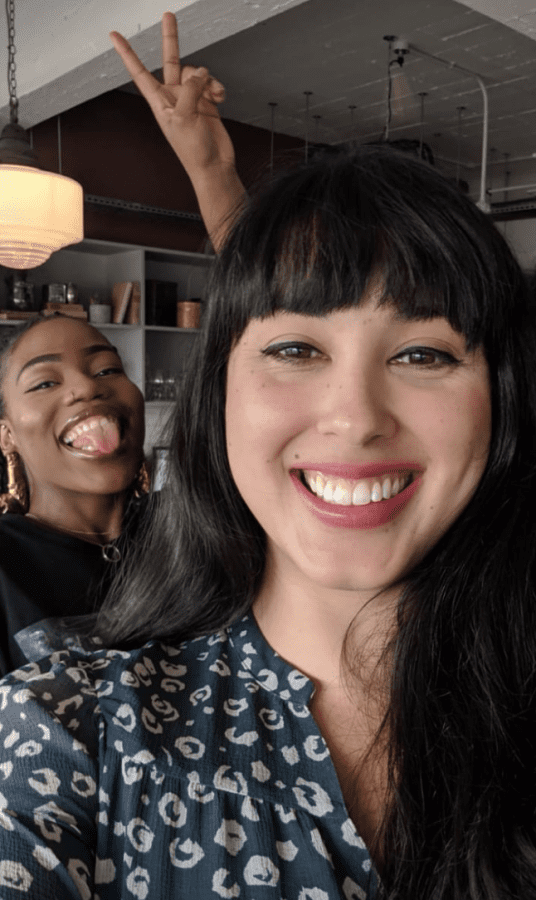 Although the #SohoImpact scheme has officially ended, Teeyana and Melissa are still in touch regularly and have become firm friends, raising the question of whether you need to ask someone ‘permission’ in order for them to take on a mentor-esque position for you throughout your career. Melissa notes that people have stood out who wouldn’t be counted as “official” mentors, but who have provided advice and support at critical moments in her career and particularly when making important professional decisions. “Be helpful and kind,” she advises. “As women we have such a responsibility to look after one another.”

“We hear amazing stories,” Isabel tells me. From mentees being offered internships to receiving funding for a short film, there’s much evidence of the positive impact of the process through Creative Mentor Network. “There are no clear trajectories [in the creative industries]. It’s about giving you the confidence to pursue something that you don’t know is necessarily a career,” says Isabel. “The creative industries are growing at four times the pace of the economy, but there’s so little information out there, especially for people from low socio-economic backgrounds.”

Teeyana’s own experience proves just how positive the scheme can be – she’s already looking forward to becoming a mentor herself. “I’ve always wanted to help someone like that. I’m not at that stage yet, but I definitely would want to mentor in the future.”

Fearne Cotton, Emma Gannon and June Sarpong MBE discuss How to Have a Healthy, Happy Career with Melissa Hemsley.

Find out how to combine sustainability with your career.