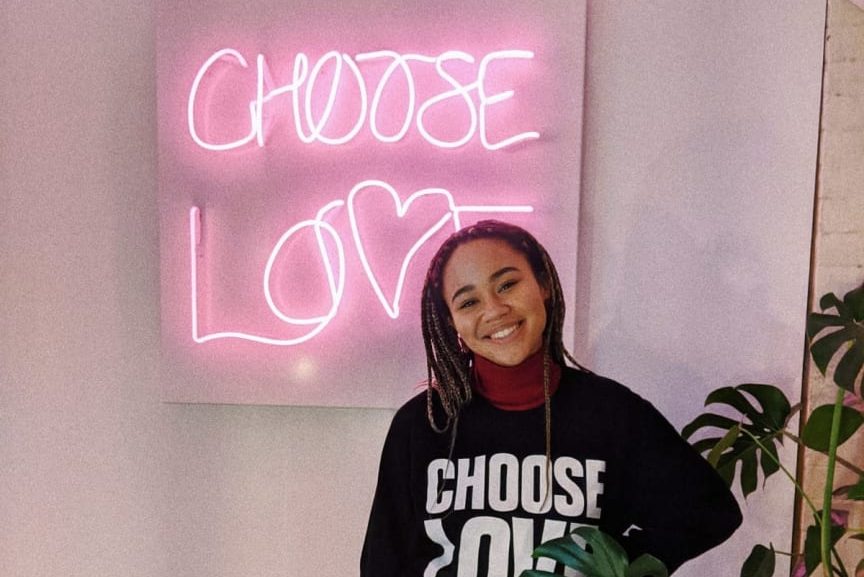 The Migrant Crisis in Calais: What’s Going On and How To Help

On International Migrants Day, Mikaela Loach takes a closer look at the current situation in Calais and what you can do to help this Christmas.

As a society, we were made aware of the situation in Calais when the migrant and refugee camp was commonly referred to as ‘The Jungle’ between 2015 and 2016. At its peak the camp was home to 10,000 people, making it one of the largest in Europe. However, after this camp was demolished by the authorities in October of 2016 in an attempt to simply ignore the crisis, many lost interest in the situation there.

So, what’s going on in Calais now?

Whilst ‘The Jungle’ may have been demolished, this didn’t mean that the people based in Calais simply disappeared: instead, they were scattered. Many displaced people still live in Calais, Paris and Dunkirk in make-shift camps, and remain subject to frequent evictions by the police. These evictions create a hostile environment for refugees and migrants, and intend to discourage people from making the long and treacherous journey to such camps in the first place. Tents are slashed, blankets, belongings and sometimes even shoes are seized – whether it’s summer or winter. Officers hold batons and tear gas canisters. Violence is threatened. Life for these people is made as difficult as possible.

Today, around 1,500 displaced people are living around the Calais and Dunkirk area. These people have arrived from all over the world and for a multitude of reasons; for all, the journey is a choice made in desperation for a better future. The routes made for many are long, traumatic and dangerous. Towns with borders to the UK such as Calais and Dunkirk are where many are left waiting, just miles from their intended destination. 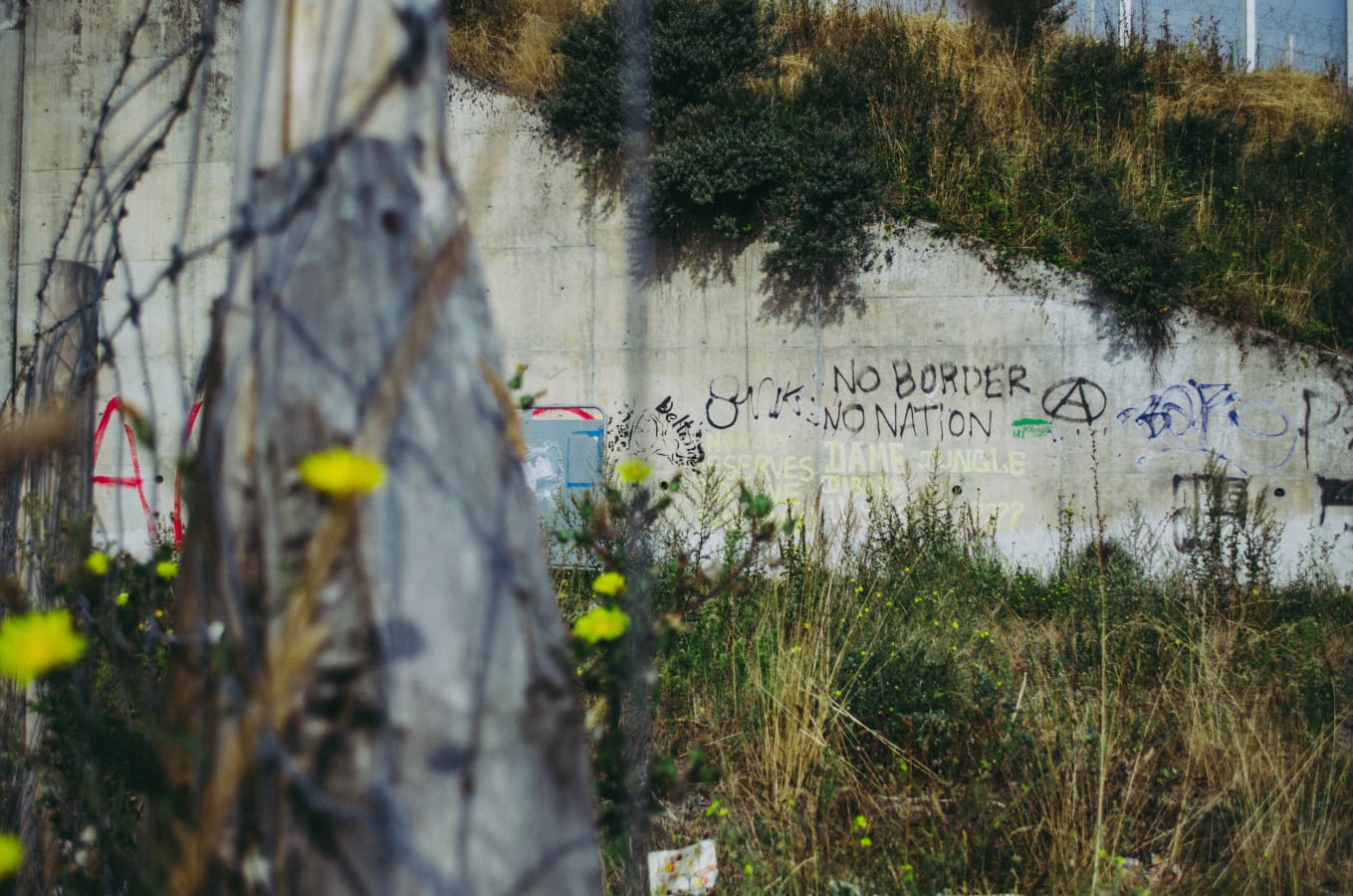 Having fled horrific circumstances and sacrificed everything in the hope of finding safety, instead these people are met with dehumanising conditions. In the media, migrants and refugees have been minimised to statistics. Fear-mongering campaigns have worked to remove humanity from these individuals and breed division. As such, it is crucial that we treat the displaced people living in Calais, Dunkirk as equals, just like you and me. These individuals have made sacrifices and endured hardships beyond what anyone should ever have to. They deserve respect, safety and care like any other human. There are 65.6 million individuals who have been forcibly displaced due to persecution, conflict, violence or human rights violations around the world today. There are many more who are being displaced due to climate breakdown, and this is set to be the biggest driver of forced migration in the future. We must act to protect these people and create a global community which cares for and supports them.

What’s being done to help the situation?

Grassroots organisations like Help Refugees, Refugee Community Kitchen and the Calais Woodyard have worked to fill the gaps left by government inaction to help migrants living in displaced communities. These organisations were started by small groups of friends who saw an issue happening close to home and decided to act, rather than simply standby. In Calais and Dunkirk, the work of these groups is invaluable. They not only provide life-saving meals, firewood and clothing to people in the camps, but treat these individuals with dignity and respect. They provide hope and light to a place which is often dark. Without their action, there would be almost no support for the thousands of people who arrive in Northern France and without their presence, the police hostility towards these people would likely go unchecked. 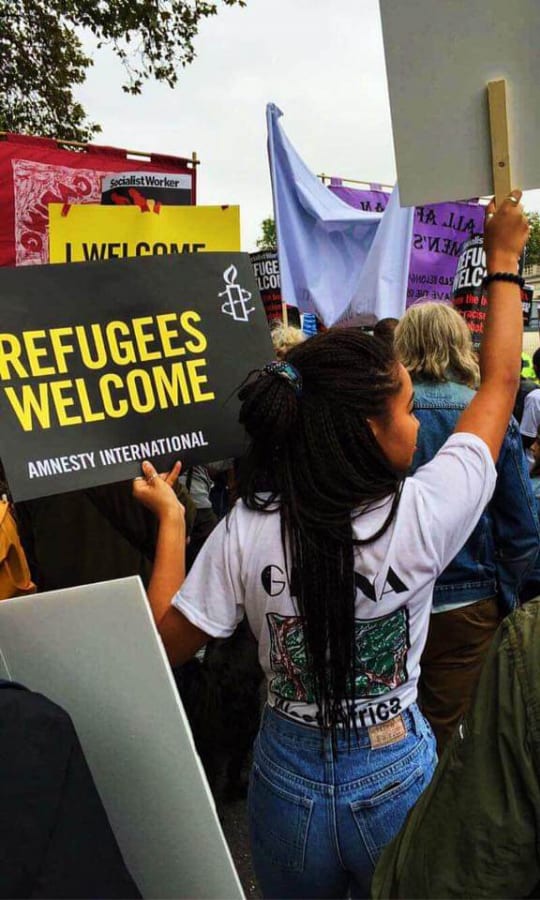 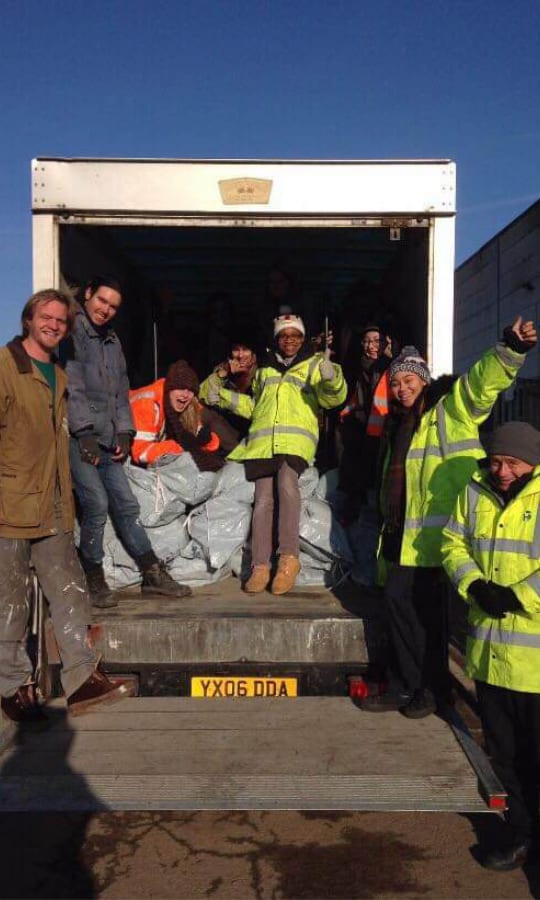 How can you help?

This Christmas, Choose Love has created a store with a difference in Central London (and online). Rather than buying a load of stuff that your friends and family don’t want or need, instead you can buy life changing items for refugees all over the world. You can buy things such as firewood for the Calais Woodyard for £5, baby items for £10, mental health support for £25, medical care for £100 and even the whole store’s stock for £650! It’s a wonderfully loving, alternative gift giving choice this Christmas. I’ve got all my family’s Christmas gifts from there the last few years and they’ve always loved it.

The organisations working in Calais are always keen for volunteers, especially in the wintertime where numbers dwindle, and need is highest. Whether for a weekend or a month, help making hot meals with Refugee Community Kitchen or chopping firewood with the Calais Woodyard is always appreciated. 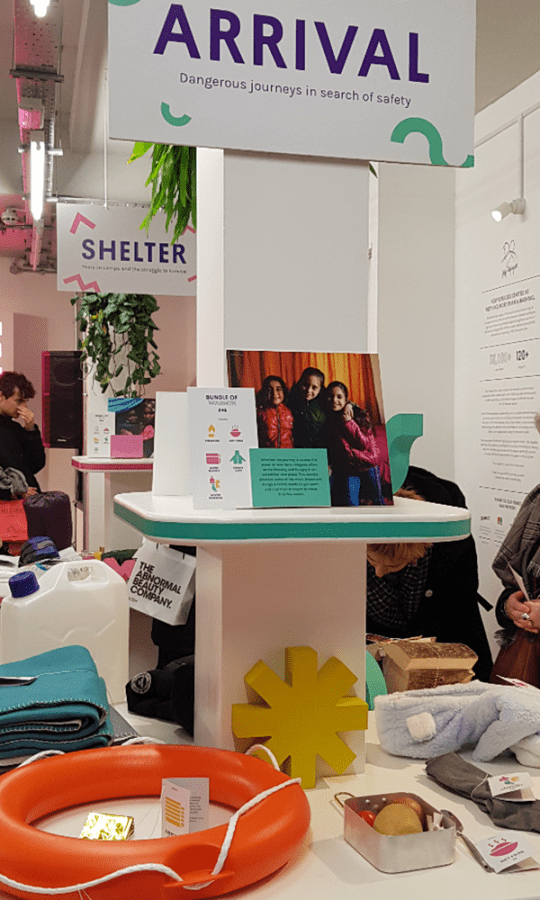 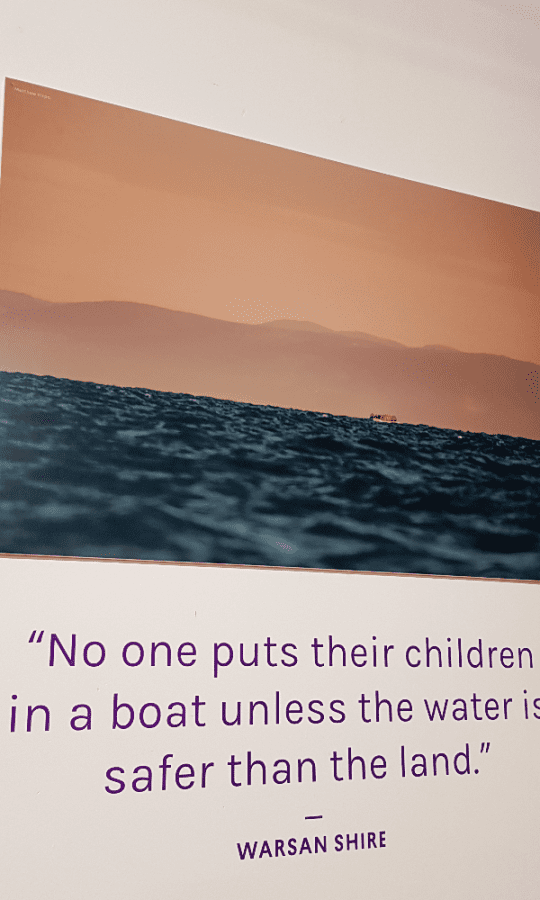 The hostile environment is a policy choice. It’s a choice made by the UK government to make cross the borders and then being able to stay in the UK as difficult as possible for people without leave to remain. It is responsible for the inhumane conditions faced by many, both on the border and on arrival. It’s important that we hold our MPs and other government officials to account for what’s going on at the border, and that we advocate for refugees and asylum seekers wherever and whenever we can. A good place to start is emailing your MP.

After that, there are organisations such as Welcome Presents, May Project Gardens, Refugees at Home and Safe Passage who are doing important work in the UK both to campaign for and support these refugee communities.

So often it is easier to ignore an injustice rather than to face the reality of it. The reality of the situation for displaced people globally is incredibly difficult. However, we should not look away. We should not forget. We must be aware; we must remember and we must act.

Charlie Lally shares her experience of volunteering in Calais.

Invest in gifts that give back this holiday season.

Preserving The Art Of Natural Block Printing In Bagru, India
Decolonising Fashion: How An Influx Of ‘Dead White Man’s Clothes' Is Affecting Ghana
A Day with the Saheli Women's Collective in Bhikamkor, India
Eco-Age Launches 'The Best Is Yet to Come:' A Series of Indigenous, Spiritual and Lateral Voices on ...