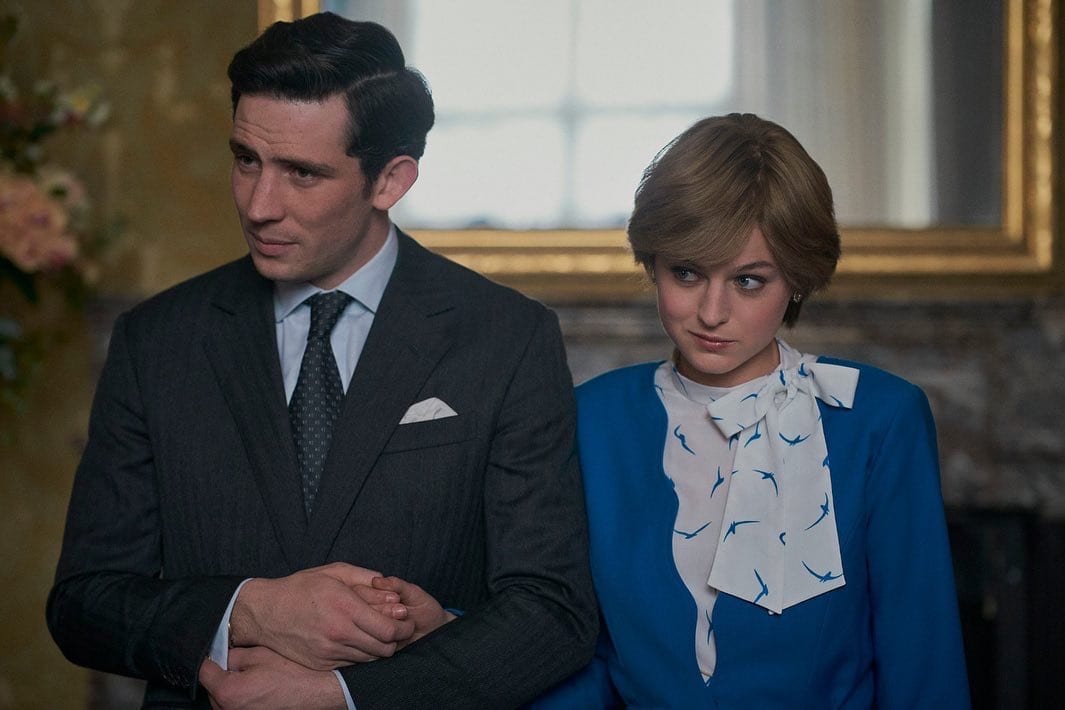 Creating ‘The Crown’: A Production Striving Towards Sustainability

For more than 10 years, Greenshoot has been working to forge a more sustainable future for the film and television industry. With much-loved shows like The Crown striving for the highest of environmental industry standards, Julia O’Driscoll speaks to the social enterprise’s co-founder Melanie Dicks about what sustainable film-making looks like in action.

The fashion, the romance, the superb casting: there’s little viewers aren’t talking about when it comes to Netflix’s long-running drama, The Crown. But one, seemingly less talked-about subject is the show’s sustainability credentials. Since its very first season, The Crown has worked with sustainability partners Greenshoot to reduce the environmental impact of the production and champion sustainability within film-making. And it’s just one of a long line of film and television titles the social enterprise has worked with in its more than decade-long history to date.

Greenshoot began in 2009, when three industry colleagues came together with a shared understanding that more sustainable production practices were urgently needed within the film industry. At the time, Greenshoot’s co-founder Melanie Dicks was working on the recent St Trinian’s film; with 200 school uniforms leftover and in need of a new home, the level of waste generated by film productions became hard to ignore. Greenshoot was soon working with Jane Burston at the Clean Air Fund to build a film-specific carbon calculator, which is still an essential tool being used by producers and filmmakers almost a decade later. And shortly after this success, the team supported the BFI in creating the BS8909, a British Standard within the film industry, which Eco-Age helped bring to fruition in 2011 too.

In 2016, the year that The Crown’s first season was released, Greenshoot began working with Film London on the Green Screen Environmental Production Programme. There are three levels to the programme, and productions can work towards the Green, Silver or Gold standard in recognition of environmental efforts undertaken throughout a show’s creation. Throughout The Crown’s history, the production has progressed from the Green towards the Gold standard, with a view to making the final series carbon neutral – or as close as possible. From energy audits to solar generators, Dicks says The Crown’s team have shown a true “commitment to continually improve, which is the sweet-spot, as we know, of continued sustainability.” Over the course of each show, an estimated 26,000 single-use plastic bottles are saved from being used, with a zero-waste to landfill initiative in place instead. “We’ve noticed a huge improvement across certain departments, like costume for example,” Dicks comments, with great consideration now spent on the sourcing, making, cleaning and storing process of the show’s iconic outfits alone.

Typically, travel and energy are a production’s biggest contributors to environmental impact. And while carbon offsetting can retroactively help to reduce a production’s environmental footprint, it’s not an ideal solution by any means. Pre-empting and preventing unnecessary emissions and waste from the outset is essential to long-lasting changes in both mindset and industry practices – and for Dicks, identifying issues from the earliest stages of production has become an inherent skill. “We find exactly where the carbon is embedded in the script. Having been a first assistant director and now a producer running Fingerprint Content, I assess scripts on carbon, it’s inherent in my blood now.” As a result, significant carbon savings can be quite readily be made by crews; for The Crown, travelling to France by train rather than plane saved up to 95% of the production’s carbon footprint on that one account. But if and when a production does decide to offset its emissions, Green Screen suggests ethical, globally-recognised programmes with key partners – but “first and foremost,” Dicks assures, it’s a matter of “reduce your risk, reduce your impacts, track, monitor, improve and measure.”

At the heart of Greenshoot’s work is an ambition to educate the next generation of film and television creators, both in the UK and beyond. A Green Steward is present on the set of every Green Screen production, and more than 350 filmmakers have been trained to fulfil this role to date, giving young producers, writers and directors their first foot into a notoriously impenetrable industry, Dicks comments. “We’re not the green police,” she says – “Green Screen enables a producer and a production to create their own sustainable journey bespoke to the productions and the context. It gives them a framework and a journey to improve their sustainable performance over time.” Green Stewards are just one essential element that bring Greenshoot’s mission to life to ensure a more environmentally-minded future for film and television making.

“The great thing about the film industry is the competitive nature of all – it’s like dealing with Premier League football players! The UK film industry employs the best technicians around the world, and they are so competitive,” Dicks tells me. “So, if you give them a minimum to meet, they will always go for gold, always. And that is a real joy.” Using the Green Screen framework, the crew of Dicks’ last feature film, The Dark Mile, spent three and a half weeks living on a boat, travelling to filming destinations on the Caledonian Canal itself, with just a minibus and two cars for local transportation needs. In fact, the production’s sustainability credentials were so significant, that the Forestry Commission even allowed the crew to film within the heavily-protected ancient landscape from which the film came to take its name – “Harry Potter wasn’t even able to have access to this land,” says Dicks.

In 10 years, the team have covered more than 560 productions, reached more than 13,000 crew members and saved over 45,000 tonnes of CO2 being emitted – and they won’t be slowing down anytime soon. As viewers eagerly anticipate the final series of The Crown, it’s likely the show’s crew are already working on their most ambitious environmental plans yet, in a collaborative effort to make the production an all-round sustainable success.