An Open Letter to Fashion from Clare Press

08/03/2019 | by Clare Press
On International Women’s Day, Clare Press, Vogue Australia’s Sustainability Editor-at-Large and presenter of Wardrobe Crisis podcast, has shared an open letter to Fashion – an industry that is fuelled by women, both as its workforce and its market. 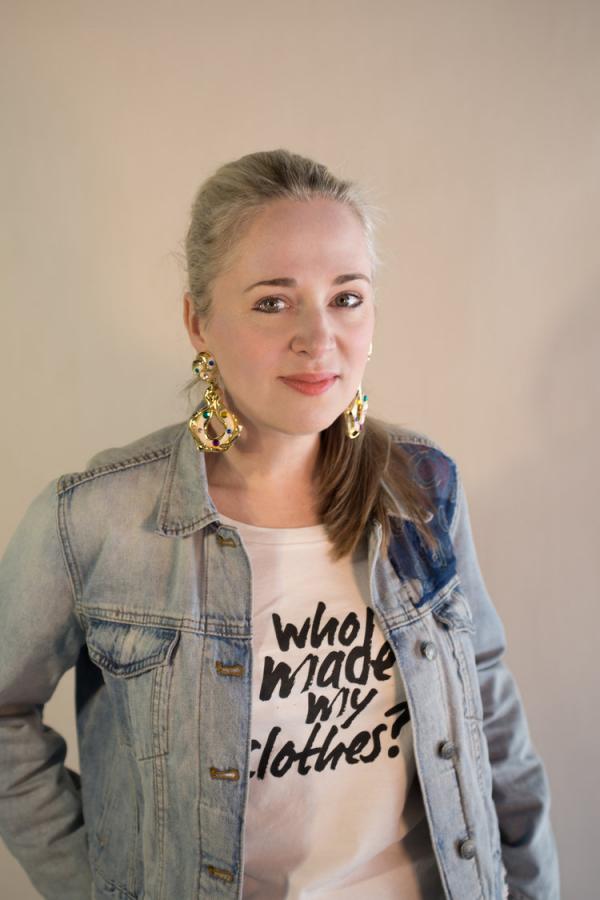 When will you learn? Seriously, when? Because I’ve been tiptoeing around this for long enough. I thought if I tried to cajole and sweet-talk you into doing better, you might actually change. You just needed a bit of encouragement.

So I’d coo: “Darling, look over here at this other path.” Keeping my voice low and even, of course, lest you accuse me of being a hysterical woman (no one likes a hysterical woman). “This path is cleaner, greener, fairer,” I’d say. “Shall we give it a try?”

You never wanted to.

You and I both know this situation is unethical. While you, Fashion, keep women like me in rich countries supplied with pretty shoes and frocks, at ever cheaper prices; it is our sisters in poorer countries who pay the true cost.

This makes me angry.

When Pretty Little Thing tries to capitalise on the twin themes of female empowerment and inclusivity – “#everyBODYinPLT” – while excluding the women who make their clothes, I feel angry.

When the Financial Times reports on the growth of “dark factories” in the UK that operate in the shadows, ignore employment law and exploit garment workers, I feel angry.

When yet another cool retailer launches a “feminist” capsule collection that forgets to mention the women who sewed it, or who harvested or ginned or spun or wove the raw material used to make it, I feel angry.

Fashion, you are so frustrating!

No matter how many times we women-with-a-conscience (and we are legion!) tell you to lift your game, you keep making the same mistakes over and over.

These include your failure to pay millions of garment workers a living wage, your failure to keep them from harm, and your refusal to be transparent about all of this. Don’t even get me started on your failure to nourish them properly, or to protect them from housing insecurity or the heartache that comes with not being able to see their children.

Last month, Oxfam Australia released a report called Made in Poverty. It describes women in Bangladesh and Cambodia sewing clothes for Australian household name fashion brands, in return for poverty wages. Seven out of 10 workers interviewed felt that their income was not sufficient for their needs. Ninety-one per cent reported not having enough income to feed their families, 53% can’t afford medical treatment, while in Bangladesh, one in three workers interviewed are separated from their children, with nearly 80% of those cases due to a lack of adequate income.

When I read this, I thought, Oh hang on, it’s not a new report, I’ve seen it before. Which turned out to be the case, because in October 2017 Oxfam’s previous report on Bangladeshi garment worker conditions, What She Makes, was published, and it painted a very similar picture. Two years on, little has changed.

Clothes cannot be beautiful if they’ve been made under ugly conditions.

Today being International Women’s Day, I want to remind you, Fashion, that it is women who got you where you are. Without us women you wouldn’t be rich and successful. It is we, she, THE WOMEN who keep you in business. We are your workforce and your market.

Fashion, truth be told, I don’t want to break up with you. You still have the ability to make my heart flutter with your sequins and ruffles and that inexplicably alluring sexy-ugly blouse I just saw in a magazine. But here’s the thing: it’s not enough.

If we’re going to make it, you’re going to have to grow up and become a lot more responsible.

Listen to Livia and Clare Press discuss all things sustainable fashion in the Wardrobe Crisis podcast.

Feeling inspired? Read our guide on where to start when it comes to dressing ethically.

Arch & Hook Launches Clothes Hanger Made From Marine Plastics®  At London Fashion Week
The Winners of The Plastic Free Awards 2019
Promoting Positive Change within the Workplace: Meet the Matches Mob
Why The Key To A Sustainable Planet Is Combining Biology and Design