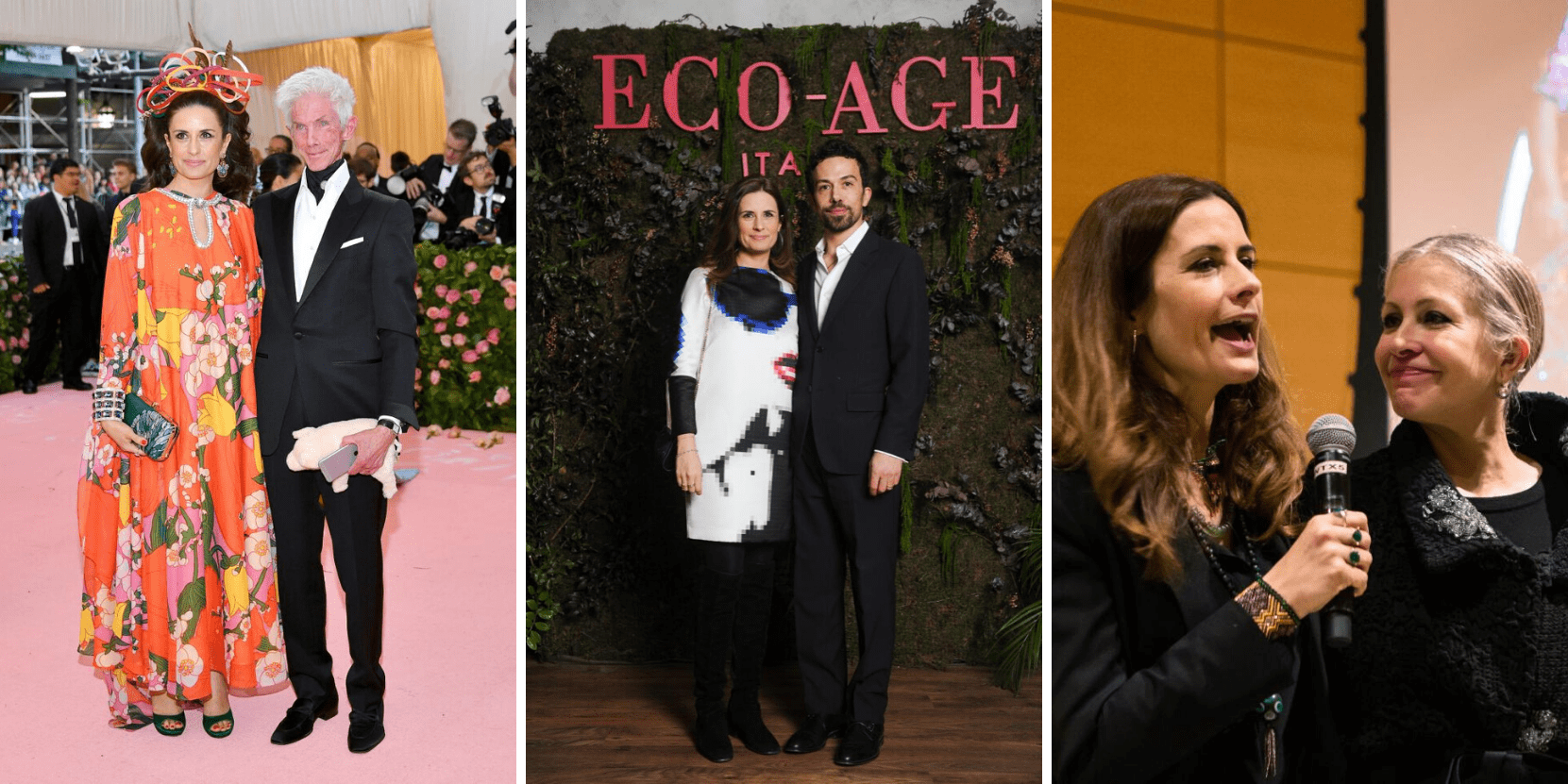 As we welcome in the new decade, Eco-Age founder and creative director, Livia Firth looks back on a year of the company’s evolution and welcomes in a time of action for both people and planet.

At Eco-Age, 2019 will be remembered as a year of growth – vertically, horizontally and, importantly, intellectually.

The year started out with our physical expansion, as Eco-Age officially opened our offices in Milan in January and we began to grow our team internationally. We have also been expanding digitally, and in September we celebrated the first birthday of our online platform.

It has been a busy year for us – with a client base now of over 25, 20 stunning events, 50 brands joining the newly launched Brandmark programme and two big supply chains trips. We started 2019 by travelling to Guatemala to visit artisan communities with Pacunam, and ended the year with a trip to Botswana to look at diamond mining and its social and environmental impact.

And let’s not forget The Green Carpet Fashion Awards with Camera Nazionale della Moda. For a third consecutive year, the event rewarded the gamechangers in the fashion industry from across the world and has now become one of the most sought after moments in the fashion calendar. On a personal note, I had so much fun working with Richard Quinn and Stephen Jones on my campest look ever for this year’s Met Gala.

But what has been most important overall is the universal sense of urgency for change. This year, thanks also to millions of students who took to the streets in protest galvanized by the one and only Greta Thunberg, sustainability became a global buzzword. Having operated in this field for over ten years, it was so rewarding to finally see everyone discussing environmental issues and for the climate crisis to be firmly on the media agenda. If 2019 was the year of the planet, I hope that 2020 will be the year of the people, as somehow the social impact of our actions (and what we wear everyday) is always an afterthought.

Now a new decade awaits us. According to António Guterres, Secretary-General of the United Nations, the next ten years must be “a decade of delivery and action for people and planet” – the last decade we have to make things right. As Naomi Klein puts it in her book ‘On Fire,’ it is the last chance to create and implement a ‘Marshall plan’ for the future of our society. We need a major operating system upgrade, a plan to roll up our sleeves and actually get the job done.

So, how do we actually make this happen? The Green New Deal is hugely exciting and we need to push for our governments to start investing into a green and wellbeing economy. But we also need to learn to look around us, at all that nature shows us every single day, becoming guardians and stewards of the planet in a way which we have never done before. It’s time to listen and learn from trees and rivers and animals as they show us a reality we have completely forgotten.

There is a new movement rising (finally), which invites us to start listening to the indigenous people and I truly believe that this new decade should be dedicated to them. We have spent so many years ignoring and marginalizing them, while they were the only ones who could have taught us to do things in a completely different way. Who knows where history would have brought us if they had been our guiding lights?

One movie which profoundly affected me this year was ‘Private War,’ which tells the life of war reporter Marie Colvin. Something that she said in one of her letters that she wrote from the war zone resonates with me a lot: “In covering war, can we really make a difference? The real difficulty is having enough faith in humanity to believe that enough people will care when your story finally reaches them.”

And I can’t not wonder: do we care enough?

With 2020 upon us, we must open our eyes and begin to take action. In the words of Francois Zimeray, a formidable French human rights lawyer who worked with us at The Circle to launch the second Living Wage report: “There is surely a tiny margin between ignorance and indifference and between indifference and complicity. I don’t want to be an accomplice and nor should any of us”.

Life As I Know it: Charlie Lally
Eco-Age Launches in Italy
Eco-Age.com is One - Revisit our Most Read Stories
Life as I Know It: Chloe Stephenson