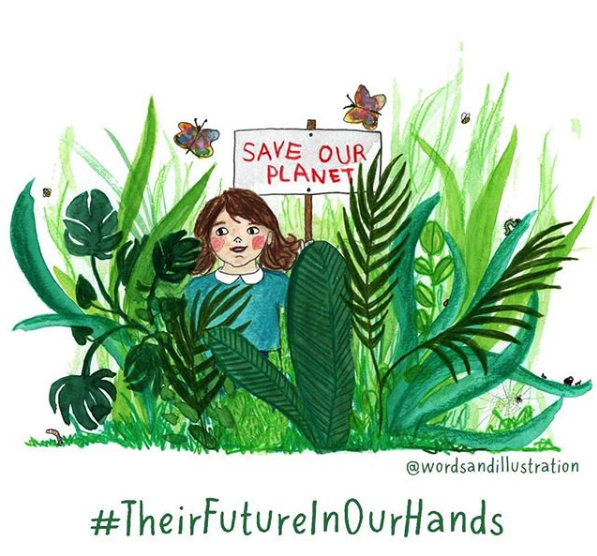 Parents Rise Up for Climate Change

With the ongoing Youth Climate Strikes and protests happening across the globe, parents are taking to the streets too, marching with the Mothers Rise Up movement this Sunday.

Livia Firth is among the 124 parents, including footballers, actors, economists, authors, faith leaders, doctors, and politicians, who have added their name to a letter calling on governments to declare a climate emergency and dramatically speed up emissions reductions, for the sake of our children and the planet.

The letter, published in the Guardian yesterday, was organised by Mothers Rise Up and comes ahead of a day of action this Sunday on International Mother’s Day, when marches and demonstrations will take place across the country. In London, parents will march “with pushchairs and songs” from Hyde Park Corner to Parliament Square to urge the Government to take action on the climate emergency. Planned demonstrations will also take place in Jersey, Leamington Spa, Taunton, Leeds, Sheffield and Birmingham. 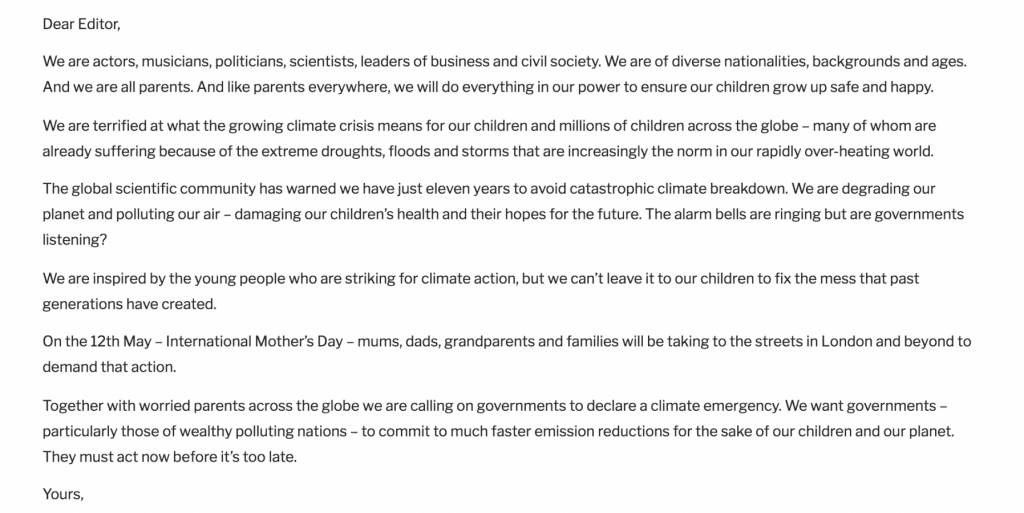 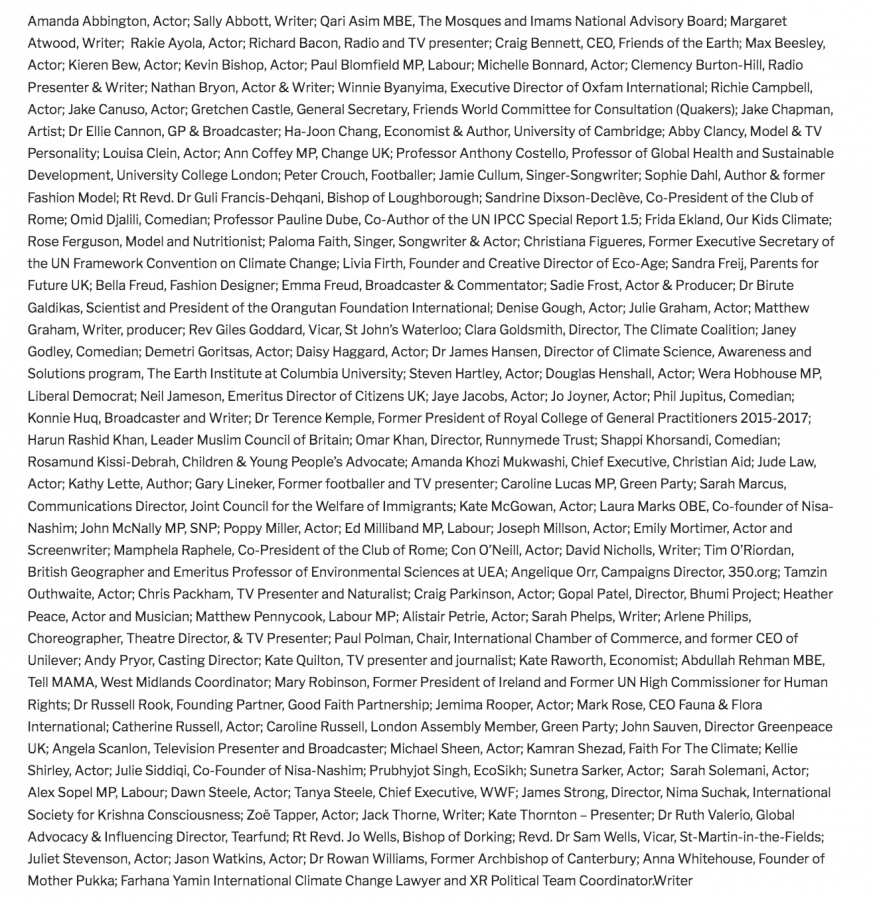 The Parents’ letter, signed by 124 public figures, urges the government to take action on the climate emergency.

Mothers Rise Up is a fast-growing movement “of ordinary mums”, which was inspired by the activists of Extinction Rebellion and the young climate strikers.  “They saw politicians were not doing enough to tackle the climate crisis and they got out there and did something about it,” says Maya Mailer, a founding member of Mothers Rise Up. “But it’s not fair to leave our children to sort out a mess created by past generations.  It’s time parents stood up and demanded action too. We don’t want our children growing up on a dying planet – and we want to ensure that children in the world’s poorest countries who are already feeling the impact of more extreme floods, droughts and storms get the help they need.”

Through the march and demonstrations on Sunday, Mothers Rise Up want to show that parents across the country stand with the young climate strikers and the activists of Extinction Rebellion in calling for urgent climate action. “Last week the UK Parliament declared a climate and environment emergency which was fantastic news – however there is still a huge job to do to ensure these strong words are translated into action,” says Maya. “Parents have a huge amount of power as consumers and voters – we need to use it.”

Maya hopes that the march on Sunday will be a spring board for parent action across the country.  “Since we started in November we have already seen Mothers Rise Up groups spring up from Taunton and Leeds to the Czech Republic and Spain, and we hope the march will trigger more parents to come together where they live to demand change.”

So how can you get involved?  “We want people to get out there and make a noise about the climate crisis,” says Maya.  “We want as many mums, dads, grandparents and families to join us at the climate march in London on Sunday 12 May – or one of the marches and demonstrations being organised by groups around the country from Taunton and Jersey, to Birmingham and Sheffield.  We would be delighted to hear from parents who want to set up their own group. But there are things you can do even if you are really pressed for time – whether its talk to your friends about the climate crisis or writing to your MP.  More details are on our website www.mothersriseup.org.uk.”

Inspired? Read our guide on how to be a climate activist.