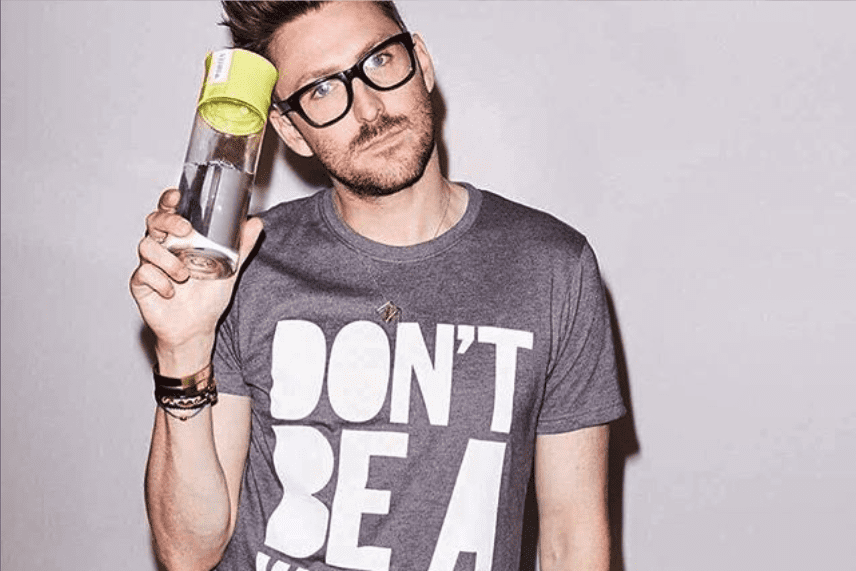 Poetry in Motion: Henry Holland’s Mission to Drive his House to a Sustainable Future

Fashion designer Henry Holland says transforming your business comes down to a true love of fashion.

The world needs sustainability ambassadors, and our money’s on Henry Holland. His House of Holland label was founded in 2008 after the journalism-trained designer persuaded some of London’s most notable designers and models to wear his rhyming slang T-shirts for the paparazzi – such was the demand that his own catwalk collection ensued – one which, a decade later, remains one of London’s most wanted tickets.

More famous for his glitzy front rows, Instagram-tastic sense of humour and an ever fruitful line up of cash-cow collaborations – from Debenhams (along with the likes of Jasper Conran, Matthew Williamson, John Rocha and Betty Jackson), to Magnum ice cream (in the footsteps of Karl Lagerfeld) – and clothes worthy of the resultant headlines, you might assume that transforming the fashion industry wasn’t high on Holland’s agenda. You’d be wrong. Two years ago his “Single Use Plastic Is Never Fantastic” and “Don’t Be a Waster” Ts set the agenda for his own business, and now, fresh off the catwalk of his autumn/winter 2019 show last weekend, he’s keen to get moving.

“I want to talk about the challenges of implementing change which drives up price point for an established business,” he says candidly. “I want to drive progress because I have a conscience; because it’s essential when it comes to future-proofing the business; and because our customer expresses a desire for the product to be sustainable; but they’re resistant to price increase. It’s not simple. Given the pace of the fashion industry and how stretched a team is to deliver what we need to already, the idea of the slightest change makes everybody cry…”

His response to the challenge? Collaboration, of course. “Amy [Powney]’s been giving us advice,” he says, of the founder of Mother of Pearl – one of London’s leading sustainable labels which is conveniently housed in a studio in the same E1 building as House of Holland. “She’s aiming for carbon neutrality, but for us it has to be a staged approach; we need to find solutions and partners that we can integrate gradually into our established processes to eventually transform the supply chain.” 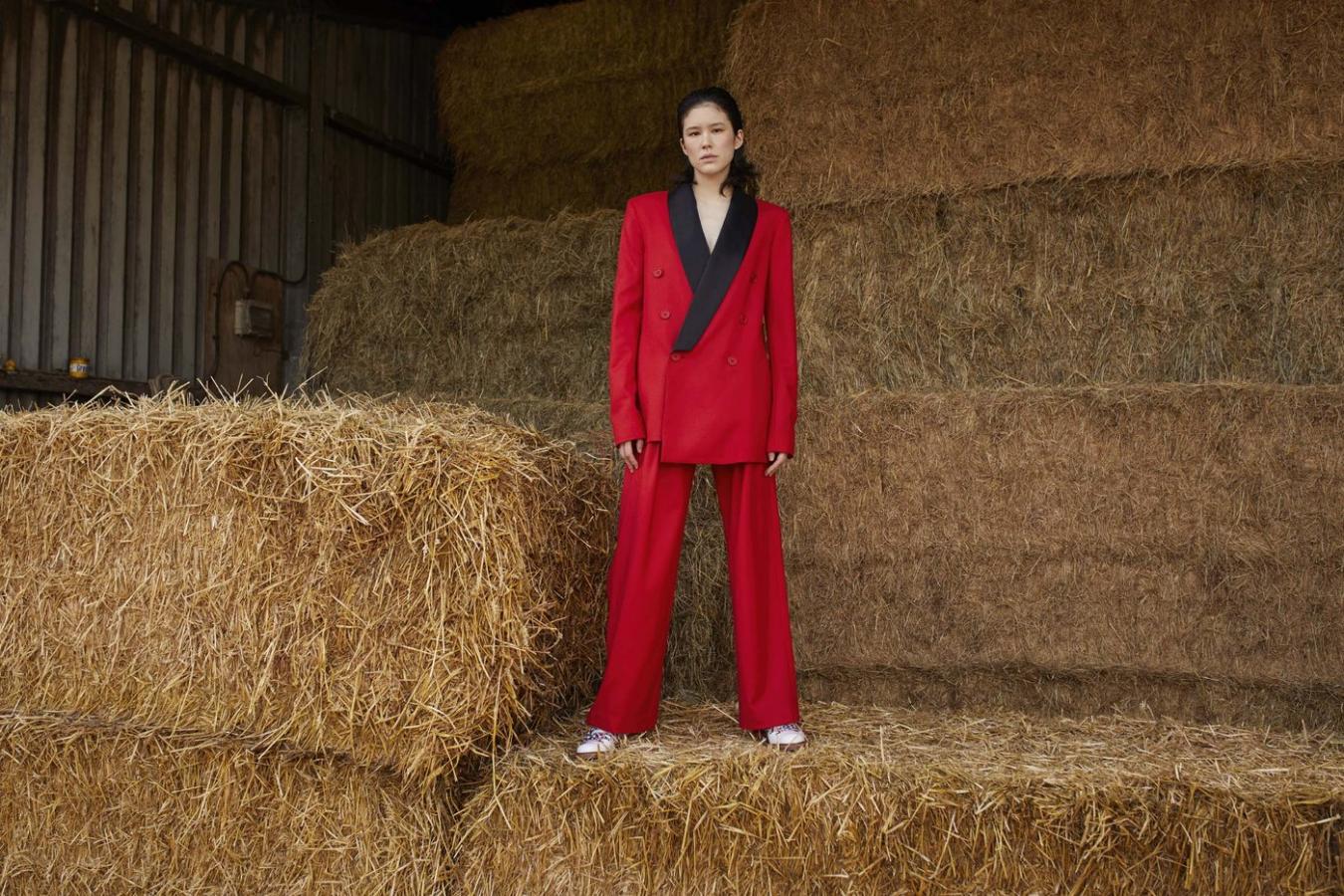 From BRITA (with whom he worked on the Plastic-Not-Fantastic project), Holland graduated to Woolmark who forced him to climb Snowdon to prove the benefits of merino wool; and next up is Speedo who asked him to design a collection made of recycled fishing nets – scheduled to launch with a pop-up store in time for World Ocean Day in June. “It’s no secret that I don’t mind a partnership,” he says wryly. “But these days we want them to have a sustainable angle. It’s about learning from key partners firstly in terms of sourcing raw materials and then, once the supply chain is ethical and sustainable, we can work on the later stages of our production chain. We want to make sure it’s not just part of our story for the sake of a story – but is woven into our existing brand personality so it’s authentic. As a business person, you have to be aware of the damage to the business if you don’t do this properly.”

Currently sourcing denim from Turkey – “incredibly challenging because of water consumption”-  and jersey from Portugal, Holland says all new factory relationships are now founded on ethics from the outset. He’s also begun the process of transforming his packaging to be both sustainable and recyclable. “We’re just going through it now so we haven’t established the impact in terms of cost,” he says. So how hard is it, genuinely, to maintain motivation against what feels like all odds? 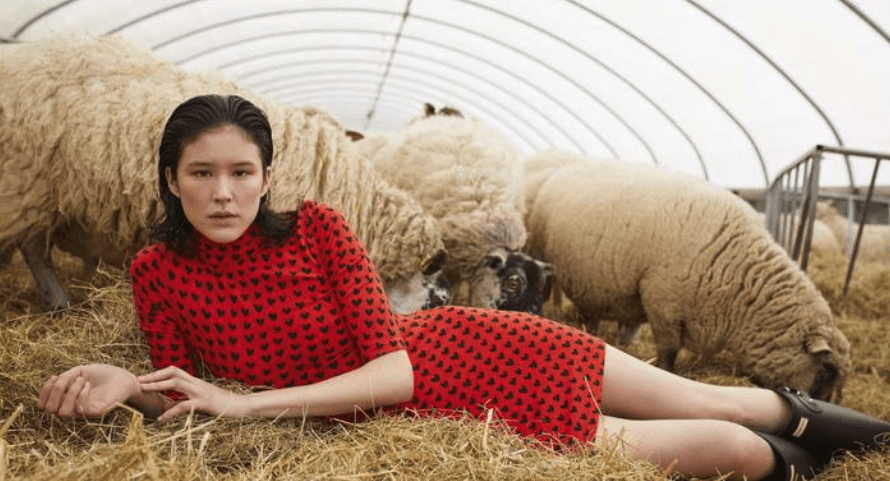 “It’s not hard when you consider that it’s essential if we want to withstand market conditions,” he says. “Some stockists already demand that our supply chain is compliant with their systems – in five years time it will be a condition of business. It’s just a new learning for an industry used to constant change: every season; from trends, to geographies; to fabrics; to processes. Fashion never stands still; this is just its latest move – we should be able to handle it.”

And, ultimately, it’s about love of fashion, he says. “Clothes have always been about the story for me. “I can’t throw anything away because my wardrobe is like my photography album; full of brilliant memories. House of Holland clothes aren’t everyday wear. We’re not trying to encourage people to buy more, more, more. We’re more about selling less stuff to more people – if I can say that without sounding contradictory? We want to give people a chance to really think about why they’re buying something and how it will punctuate their life.”