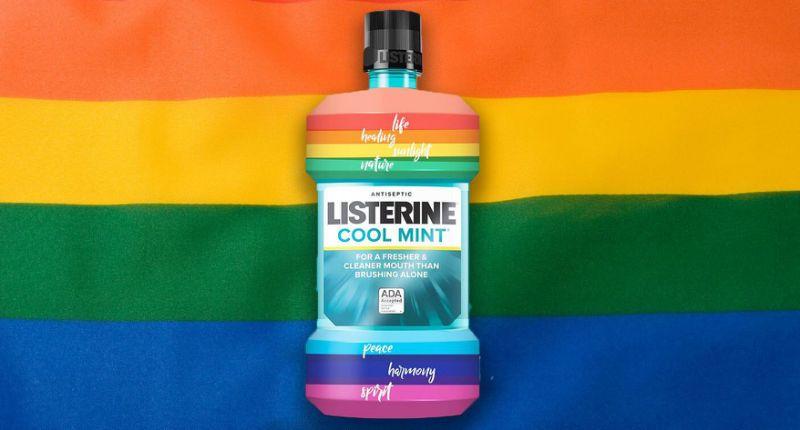 Look, it’s lovely and everything that M&S is selling rainbow sandwiches, and has raised coin for the Albert Kennedy Trust charity. I do appreciate that they’re up for celebrating Pride Month as well as the royal wedding. And I’d totally buy one of their LGBT sarnies (like a BLT, but with added guacamole) if I hadn’t given up meat for climate reasons.

“Visible allyship… can make a real difference to young LGBTQ+ people, like the ones we support, who often experience rejection from families for simply being who they are,” the charity’s Carrie Reiners told Reuters. 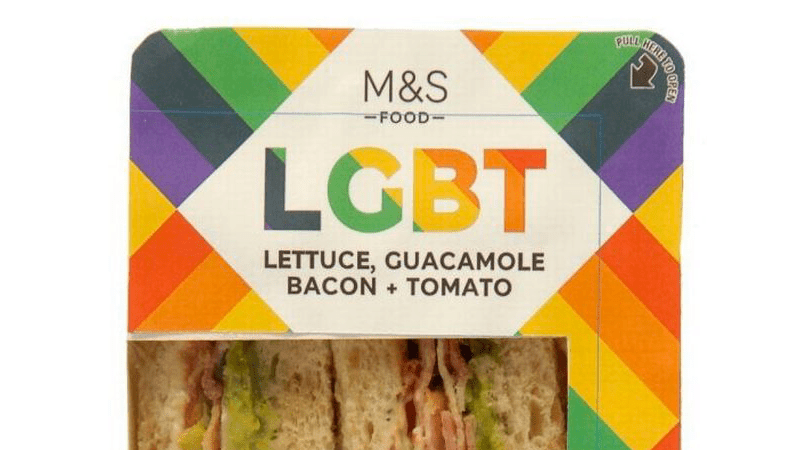 But no wonder all this Pride-related product prettification has some in the community feeling conflicted.

As Alex Abad-Santos writes on Vox, it has started to feel like a branded holiday: “It’s hard to shake the feeling that this commercialized mass appeal has helped further dampen Pride Month’s fiery political roots, and helped obfuscate the less pleasant, less talked-about issues that matter for many people in the LGBTQ community.”

This year marks the 50th anniversary of the Stonewall uprising in New York, a seminal moment in the history of the equal rights movement. Since that night when harassed members of the queer community turned on police in Greenwich Village, it can feel like everything and nothing has changed.

In Trump’s America, Secretary of State Mike Pompeo – who is an evangelical Christian – has barred US embassies from flying the rainbow flag on flagpoles this Pride Month. In case you’re wondering, Obama encouraged it, and he lit up the White House in rainbow colours when the Supreme Court legalised same-sex marriage in 2015. Right now, it feels like we’re going backwards.

The Vatican chose Pride Month to release a document rejecting the term transgender. Titled Male and Female He Created Them, the paper was apparently intended to advise church leaders on how to broach the subject of gender and sex education. It contains offensive claims that gender fluidity is the result of a “confused concept of freedom” and “momentary desires”.

This week on the Wardrobe Crisis podcast I interview author, activist and New York Times columnist Jennifer Finney Boylan about her brilliant memoir, She’s Not There, A Life in Two Genders and her relationship with clothes.

Listen to the full interview here.

She talks about knowing that her soul was female from a very early age, when she was a child called Jim. There’s a scene in the book, when her mother, ironing Jenny’s father’s shirts, says, “Someday you’ll wear shirts like this.”

Jenny writes: “I listened to her strange words as if they were in a language other than English. I didn’t understand what she was getting at. She never wore shirts like that. Why would I ever be wearing shirts like my fathers’? Since then my awareness that I was in the wrong body, living the wrong life, was never out of my conscious mind.”

I ask Jenny about how she sees fashion today and what it means to her, and she told me a story about borrowing clothes when she was young.

“[They were] a way of making the thing that I felt on the inside, visible on the outside, badly in many cases,” she says, “because the clothes were not clothes that fit me very well, [or] were designed for me. I would steal clothes from my sister or my mother but I didn’t want to wear them. It seemed disturbing.”

Her relationship with fashion, however, remains largely unchanged. “If you told me that I’d spend the rest of my life wearing blue jeans and flannel shirts, that would be perfectly fine” she says. “I’m not saying that dressing up is without pleasure for me, and occasionally when I put on a dress and makeup (put on the dog, as I like to say!) that’s really fun. But it makes me worry that people think, about transgender people, that you go on this tremendous quest because you want to wear dresses… Look, wear dresses, but that does make you a woman and you don’t need a vagina for that.”

Ultimately, she says of “people who care about fashion; sometimes it seems to me that what they like is striking a pose and playing. I know that’s a thing that brings a lot of people pleasure and more power to them, but for me, that was really never what it was about.” Fashion’s just packaging after all.

Tackling the Unsustainable Rate of Returns
Oscars 2019 - An Homage to Vintage Fashion?
The International Woolmark Prize 2020: Meet the Finalists and Judges Tackling Traceability
Rental Fashion: A Year In Review and the Road Ahead