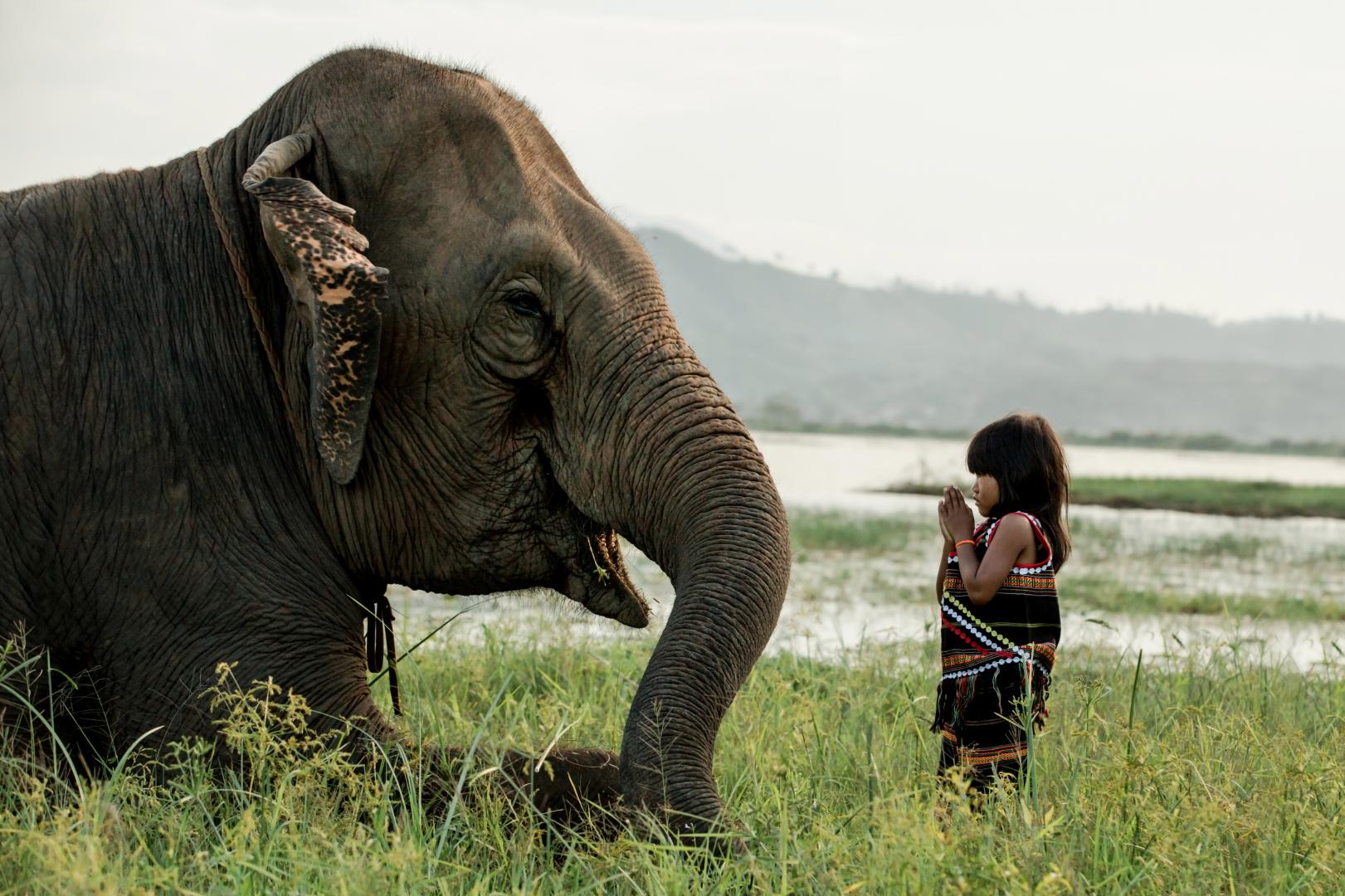 Réhahn and Giving Back

Photographer and journalist Graeme Green speaks to fellow travel photographer Réhahn about how he operates a Giving Back policy to ensure his subjects also benefit from his work.

“As an artist who sells his photographs, I believe I have a responsibility and a role to play,” says French travel photographer Réhahn. “Sometimes we take pictures of people who are in economic situations at the opposite end of ours and I think we ought to be fair. For me, someone who specialises in travel portraits, I wouldn’t be here today without these people. It’s totally normal to give them something back.”

Originally from Bayeux in the French region of Normandy, Réhahn has been living in Hoi An on Vietnam’s coast since 2011. For the last eight years, he has been travelling across Vietnam by motorbike, tracking down all 54 of the country’s ethnic groups or tribes to photograph them for his ambitious Precious Heritage project, with many of his photos, as well as traditional tribal costumes and artefacts featuring in his Precious Heritage Art Gallery Museum in Hoi An, a free cultural arts space dedicated to Vietnam’s ethnic groups. 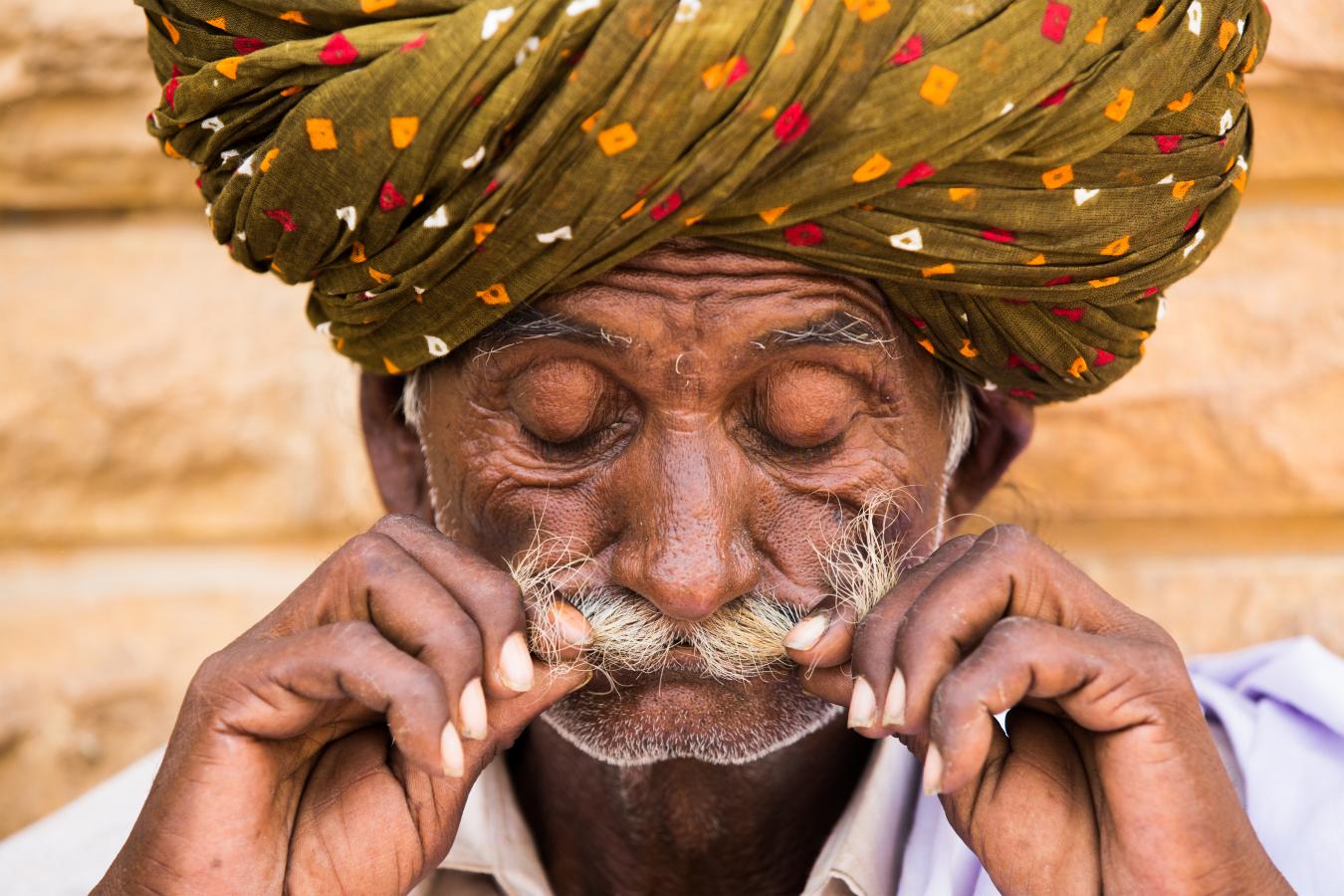 In his Precious Heritage project and across all his work, Réhahn operates according to a Giving Back philosophy, making sure that many of his subjects also benefit from his photography. “I don’t believe it necessary to transform every photo into a commercial transaction,” Réhahn explains. “Most of all, it’s about establishing a respectful relationship with the person we are photographing, so that the latter doesn’t feel like an object. Of course, if we make money from a picture then the subject deserves to get paid in some way, but if it’s a travel photograph, a smile or a few words exchanged are often enough to make the moment warm-hearted and sincere. It’s always possible to give the subjects a copy of their picture to make it a memorable moment.”

Known as ‘the photographer who captures the soul’ of his subjects’ and operating under just his first name, Réhahn is a previous winner of the Los Angeles Times’ summer photography competition and has gone on to become one of the most successful photographers working in Asia, with nearly half a million Facebook followers. His photography has appeared everywhere from National Geographic to the BBC, and he has produced three books, including Vietnam: Mosaic Of Contrasts. A copy of his ‘Hidden Smile’ picture of Vietnamese woman Madam Xong was recently presented to French president Emmanuel Macron. 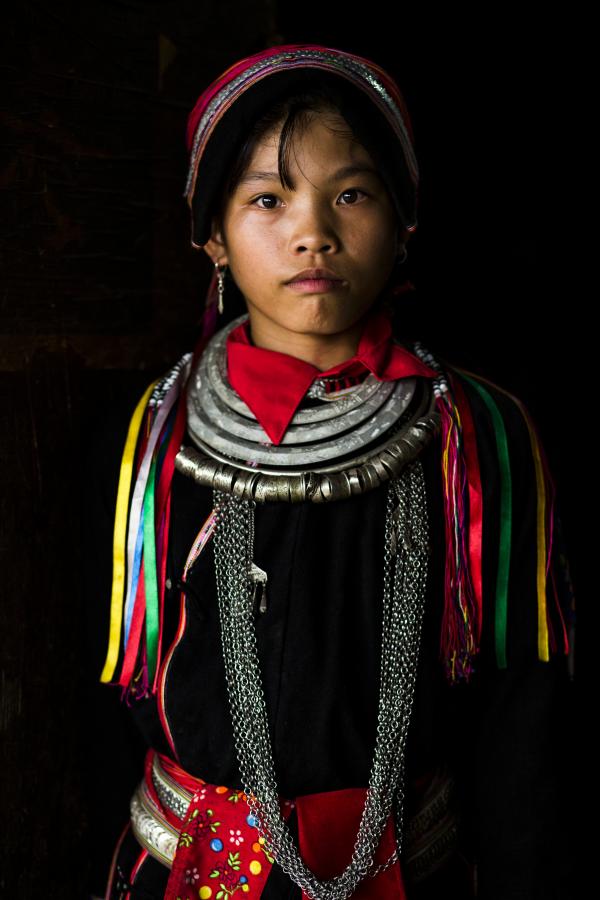 Hidden Smile is one of his most popular and famous photos. It is now in the permanent collection of the Women’s Museum in Hanoi and has featured in international newspapers, magazine and websites. Madam Xong’s portrait also appeared on the front cover of Réhahn’s first photography book on Vietnam. Réhahn wanted to give her something in return, so he bought her a rowing boat to help her with her business of ferrying tourists around Hoi An. “I always spend a huge amount of time with these women and men before taking a picture of them. I know their story, and often they become like family,” he tells me. “The way I approach photography is through meeting people. The photo itself is the result of this shared moment. I don’t think that I could take the same kind of photos in haste, behaving like a voyeur. It’s a question of respect for the photographed person, as well as for the photographer.”

He has become particularly close with the family of An Phouc, a girl from the Cham ethnic group who he photographed for Precious Heritage. “I spent three days with An Phuoc, this little girl Cham, with amazing blue eyes,” he says. “At first, her family was not keen to take photos but we spoke about their culture and I was invited to stay for lunch. They were happy to talk about their tradition and to share stories with me. The second day, I came back and proposed to help this family and the girls. Sapa, her older sister, wanted to be a photographer then I bought her a camera. They are now in my Giving Back project because my photo of An Phuoc is one of my bestsellers. I bought a cow for the family and bikes for the girls. I visit them three times a year and invited them to stay in my house in Hoi An twice last year.” 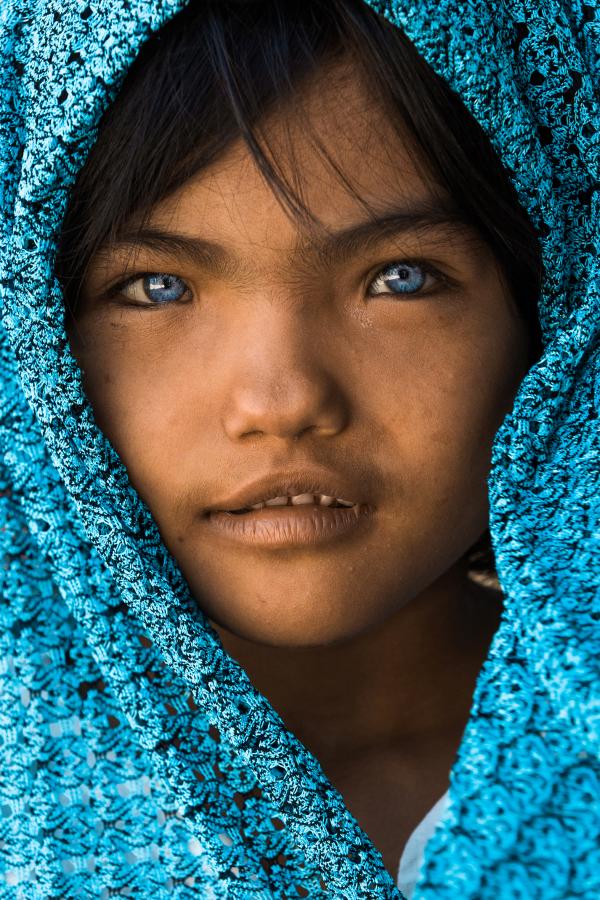 Réhahn has also paid for medical bills, education and home repairs for several subjects, as well as sharing cigars and meals. He’s currently using money from his galleries’ sales to fund the construction of a new museum for the Co Tu ethnic group in rural Tay Giang district, close to the Laotian border. “I’ve spent lot of time with the Co Tu ethnic group who live three hours from my home” he says. “They maintain a very strong sense of tradition and have given many gifts to the museum I’ve built in Hoi An. One of the most beautiful moments was when a chief came to visit the museum and brought me the last tree bark costume of their village. 100 years ago, when the French were living in Vietnam, they met tribes wearing that kind of costume. Then cotton replaced it and now modern clothes. That piece, for me, is like a treasure.” 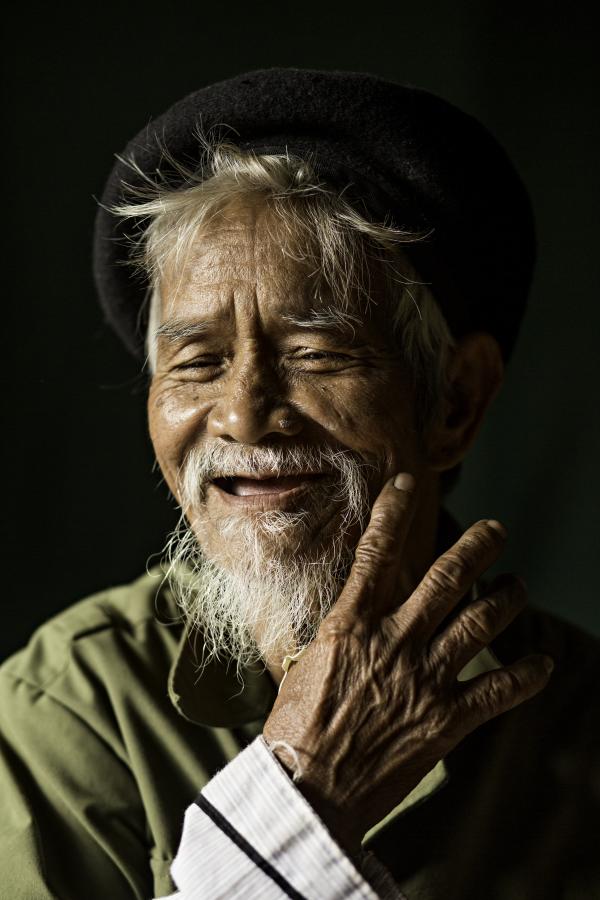 Réhahn has now photographed 53 of the country’s 54 tribes, and is currently working to secure permits to visit the final tribe and complete his Precious Heritage project, as well as looking ahead to working in other countries, with Bhutan and Mongolia topping his To Do list.

He often spends time trying to track down people he previously photographed so he can thank them. “As long as we’re doing business with these photos, either sales of prints, for magazines or photo tours, giving something back should be done automatically. It’s not always easy to find people. Sometimes I spend days looking for subjects that I met two or three years ago along a road in the north of Vietnam, without success. Many photographers are making money and argue that giving money to people is getting them used to ask for things. This could be true, but many hide behind this excuse to never give anything.”

In this aspect of his work, as well as creatively, Réhahn has been inspired by famous National Geographic photographer Steve McCurry. “I remember seeing that Steve McCurry had funded a house for the green-eyed Afghan Girl and I know a few colleagues who support NGOs in the countries where they work. Of course, it’s everyone’s personal choice,” he concludes. “Personally, I believe in karma and I think that it isn’t fair to make a living selling photos without helping the people that I spend time with. Without them, there wouldn’t be any photos.”

Read our interview with Graeme Green and discover more of his work.

For more on Réhahn’s Precious Heritage projects, his museums or for prints of his work, visit rehahnphotographer.com. Réhahn’s books include Vietnam: Mosaic of Contrasts (Vol 1 and 2) and The Collection: 10 years of photography. Follow him on Facebookand Instagram.

Flourishing Diversity’s Jessica Sweidan: Why A Variety Of Life on Earth Is Essential To Sustainabili...
The Migrant Crisis in Calais: What’s Going On and How To Help
World Oceans Day: Meet the rising star of Ocean Conservation, Titouan Bernicot
Why Reinstating The Government’s Free Fruit Scheme In Schools Is So Vital