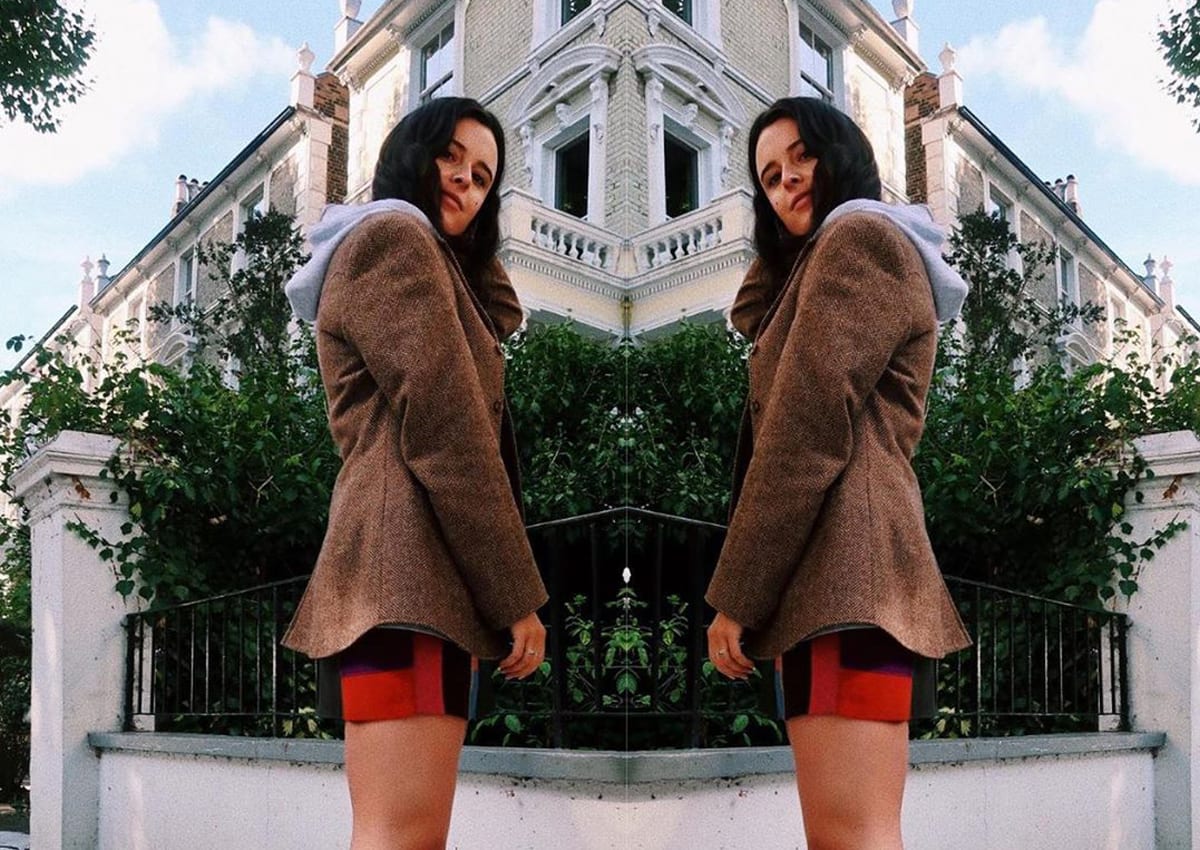 Why It’s Time To Remove The Stigma Around Outfit Repeating

Image: Venetia La Manna, founder of the #oootd hashtage and co-founder of Remember Who Made Them

The stigma around wearing the same outfit twice is fuelling consumerism, and pushing us to buy clothes we don’t need. Elizabeth Bennett looks at the social media movements and hashtag campaigns aiming to change the mindset around outfit repeating, and discovers why re-wearing our clothes (even on Instagram) is the un-glamourous aesthetic that sustainable fashion really needs.

When I was at university, Thursday was the highlight of the week. While the tequila-themed club night was the main event, the new outfit was almost as important. Sometimes this meant raiding a friend’s wardrobe or raiding a vintage shop but more often than not it meant maximising the healthy student discount offered on the high street. I felt that I needed to wear something new week in week out, and still have the large collection of high waisted shorts and crop tops to prove it.

While this was prior to Instagram, I had grown up seeing celebrities relentlessly called out for outfit recycling ‘crimes’ in the media and had continually been fed the message that ‘new equals better’ via popular culture. Over the last decade, social media has intensified this issue even further. You no longer only have to worry about whether someone you’ve seen in real life remembers your clothes but there’s also an online visual diary of your past outfits.

Trying to keep up with what we see online is an impossible feat. Fashion influencers often receive a stream of loaned samples and press gifts, or simply snap photos in clothes before they are returned, creating a false reality that’s impossible to compete with but hard to ignore. I no longer buy new outfits on a weekly basis (or attend tequila themed club nights) but I have certainly fallen into the trap of second guessing whether to post two pictures in a row on my Instagram feed wearing the same, identical outfit.

I’m not alone. According to UK charity Barnardo’s, 25% of people would be embarrassed to wear an outfit to a special occasion more than once with this rising to 37% amidst 16-24 year olds. Subsequently, on average, an item of clothing in the UK is only worn seven times.

Social media may have accelerated this problem, but it’s also created a place to promote an alternative narrative. In the sustainable space, the conversation around the stigma of outfit repeating has been bubbling for a while. This constant pressure to wear new things is at the core of the damaging fast fashion model that means that every week 13 million items of clothing ends up in UK landfill. Eco-Age’s Livia Firth launched the #30Wears Challenge back in 2016 to encourage people to only purchase something they know they will wear 30 times. Recently, the conversation around outfit repeating has gained traction once again.

Sustainability activist, broadcaster and slow fashion campaigner Venetia La Manna has brought back #OOOTD (a social media initiative encouraging people to share their “old outfit of the day” – an antidote to the #OOTD fashion hashtag) as a key element of the campaign she co-founded, Remember Who Made Them. “Remember Who Made Them is campaigning for a new solidarity economy, where garment workers’ dignity and joy is the centre of the conversation. We’ve woven the #OOOTD movement into the fabric of the manifesto because it encourages people to celebrate the clothes that they already have, as a way to show love and respect to the people who made their clothes,” she told Eco-Age. The hashtag has garnered over 40,000 posts, and a quick scroll through the Instagram feed shows just how many people are using social media to celebrate what’s already in their wardrobe. “The more we love our clothes, the longer they last, and the longer they stay out of landfills,” La Manna added.

#OutfitRepeater is another hashtag gaining popularity on the platform with 50,000 plus posts. One big advocate of this is Lauren Ritchie, a climate justice activist based in New York and the founder of The Eco Gal. For Ritchie, the taboo of outfit repeating is not only problematic in terms of the environment but an issue of privilege too. “It’s extremely classist to shame individuals for wearing the same outfits or assuming that everyone has an extensive wardrobe to select from,” she told us.

It’s a feminist issue as well. What Arianna Huffington – author and founder of The Huffington Post – dubs the ‘style gap’: the expectation of women to spend more time and money on their appearance than their male counterparts. For men, there’s just not the same pressure to wear a new suit for a wedding or different shirt for an upcoming meeting.

How has Ritchie made peace with this conundrum? “The more I repeated my outfits, the more I realised that nobody actually cared or noticed. I don’t pay much attention to my friend’s outfits but even if they did wear an outfit again, who cares?! If anything, it relieves the collective societal pressure on us all and it’s much better for the environment,” she said. “It’s important to stop viewing old clothes as lesser clothes and give them some credit for all the things they have been with you through,” she added.

For me, it’s a work in progress. The temptation of newness always holds excitement. However, the ease of getting dressed when you have a smaller wardrobe, trusted outfits and a clearer sense of your style is satisfying in another way. When it comes to mixing things up, shopping second-hand, swapping clothes with friends and renting pieces for those occasions like weddings all helps.

If you’re looking to embrace outfit repeating more frequently and slow down your approach to fashion, now is the perfect time to start. September is not only a natural time for new starts (the school calendar is etched on our brains long after lessons have finished), Oxfam’s Second Hand September is the perfect chance to eschew newness, love what you already have and shop second hand. Sign the pledge here.

Thrift shopping is a political choice. @nextwearer’s Hali Brown tells us why.

Read Jil Carrara’s top tips on how to talk to your friends about quitting fast fashion.

Young Activists Urge Greater Action on Climate Change
Wardrobe Crisis Podcast: Maggie Marilyn
Why We Need to Help Save a Generation of Emerging Designers
Calculating The Carbon Footprint of a Handbag: A Lesson from BEEN London