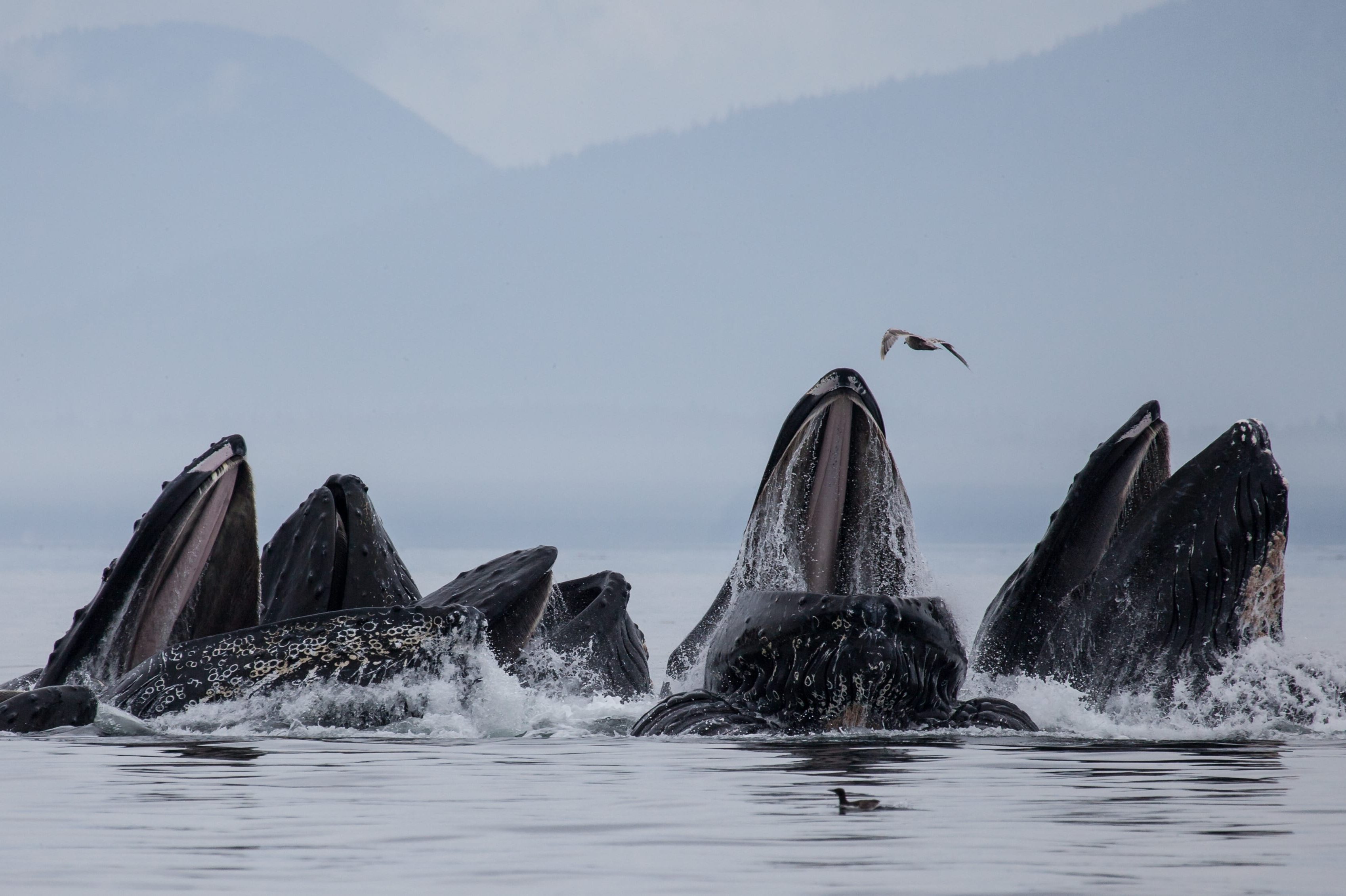 How Rising Whale Populations Can Inspire Our Conservation Efforts

Having faced an almost-extinction in the 20th century, increasing whale populations are proving the value of collaborative conservation. Rose Ellis investigates the interdependence between these sea mammals and the future health of our planet.

This year has been strange, to put it lightly. The combination of a global health pandemic and the imminent threat of ecological collapse is a lot to comprehend. We have seen the rise of eco-anxiety and understandably so. Sir David Attenborough’s most recent Netflix documentary, A Life On Our Planet, resonated in a way his work hasn’t done before. But, as suggested in the documentary, there is hope as he highlights one of the biggest historical conservationist success stories. Whaling, as Attenborough explains, decimated the world’s whale populations to near extinction. But collaborative efforts have seen rise to whales bounce back: fantastic news, not just for whales but also for us.

The WWF lists cetaceans (whales, dolphins and porpoises) as one of their top ten priority clusters, known for their ecological importance. Whales are a keystone species, defined as ‘an organism that helps hold the system together’. This means that without whales, the whole marine ecosystem would collapse. As mammals, whales need to periodically come up to breath, a behaviour which helps to circulate nutrients from the depths where they go to feed and is known as the “whale pump”. Whale poo (yes, poo) provides nutrients that phytoplankton need to survive and it is these tiny plant like organisms that, through photosynthesis, capture almost a third of human induced CO2 from the atmosphere. Carbon capture is essential to keep global temperatures from exceeding 1.50C above pre-industrial levels, as recommended by the IPCC. Each of the great whales is estimated to sequester 33 tonnes of CO2 and according to Whale and Dolphin Conservation, rebuilding whale populations will lead to capturing a further 145,000 tonnes of carbon in whale carcasses – which is roughly equivalent to the weight of 16 Eiffel Towers.

As much as we rely on whales to help in the fight against climate change, they are equally as dependent on us for protection from mass hunting. Humans have traditionally eaten whale meat as a sustainable food source, with tribes such as the Inupiat tribe of northern Alaska having practiced subsistence hunting of bowhead whales (Balaena mysticetus) for 1000 years. The practice is intrinsic to their culture and when one is harpooned and successfully hunted, the meat is shared among the entire village. It was not until the commercialisation of whaling that these creatures became under threat. Killed for mainly their meat, oil and baleen, whales were seen as an endlessly exploitable resource and subsequently  populations plummeted. It is estimated that in the 20th century, almost 3 million cetaceans were killed and some species, such as, the blue whale (Balaenoptera musculus) were almost hunted to extinction. 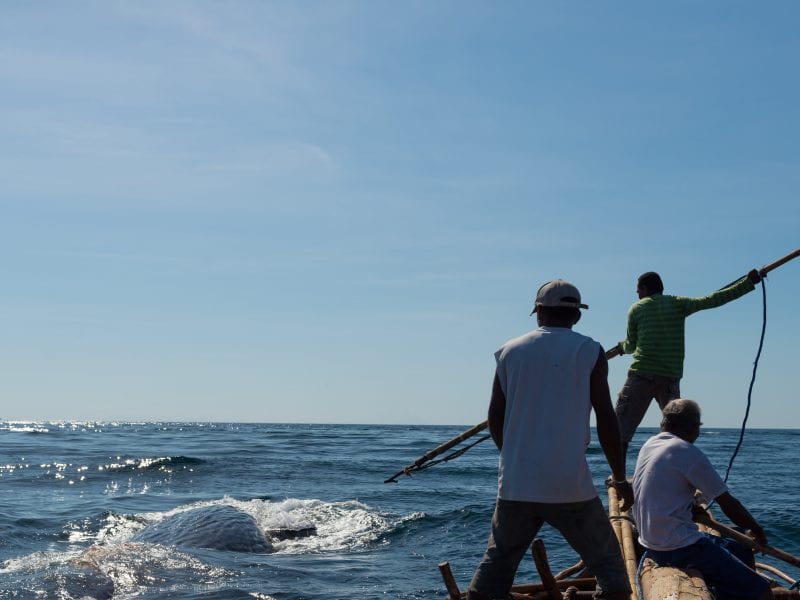 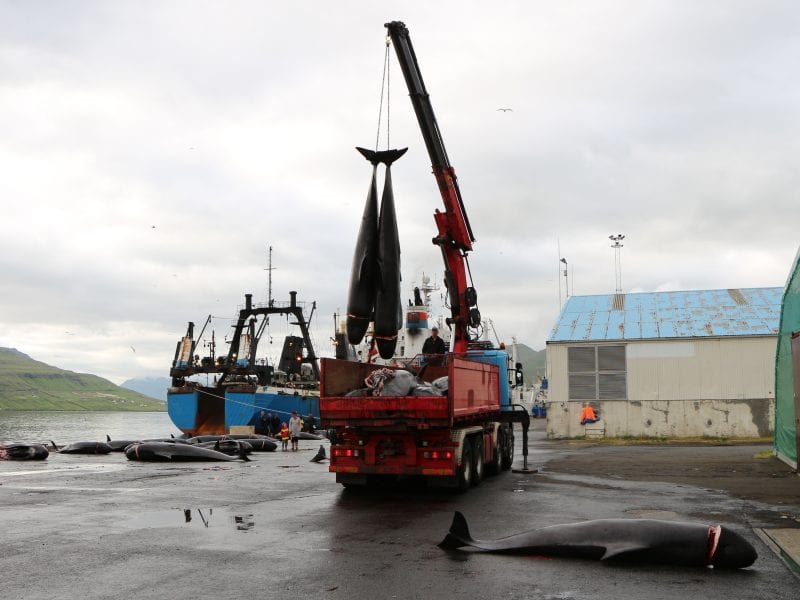 Devastated whale populations led to the 1946 formation of the International Whaling Commission (IWC) to oversee global whaling. The crucial agreement to stop hunting whales commercially, known as a moratorium, was made in 1986. Today Japan, Norway and Iceland are the only remaining whaling nations. Despite the order in 2014 by the International Court of Justice to stop whaling on high seas, Japan continued and in 2016 killed over 300 minke whales (Balaenoptera bonaerensis), including more than 200 pregnant females in Antarctic waters. In 2018, Japan announced it would leave the IWC and in 2019 began openly commercial whaling. Iceland and Norway have also since began commercially whaling, beginning in 2003 and 1993 respectively. Sadly, both nations have killed an additional thousands of whales under the guise of science or for the whale meat market.

So, what can we do to help?

Firstly, we can eat less whale meat and thankfully demand has been shrinking in all three whaling nations. The Japan Times reported that the amount of whale meat eaten in the country was equivalent to about 830 minke whales worth, averaging at less than an ounce per person per year (IWC report, 2018). The Norwegian fisheries manager has, however, pledged money to encourage young people at festivals and schools to eat whale meat, making false claims that ‘whales eat too many fish’. Unassuming tourists are encouraged to eat whale meat and do too often in the name of embracing culture, but it is important to not fuel this market.

Instead, whale watching is a much more awe-inspiring and constructive way to experience a place and support local businesses. The campaign by the International Fund for Animal Welfare (IFAW) and The Icelandic Whale Watching Association called ‘Meet Us Don’t Eat Us’ has been effective at discouraging visitors from eating whale meat in Iceland and instead observe them in the ocean in all their glory. The number of tourists whale watching in Iceland has been rising fast, 15-34% annually. Whale watching in Japan is also on the rise, the IFAW found that between 2008 and 2015, numbers increased by 40,000 and generated 8 million dollars in just one year. It is hoped that the rise in whale watching will directly aid the demise of whale hunting. 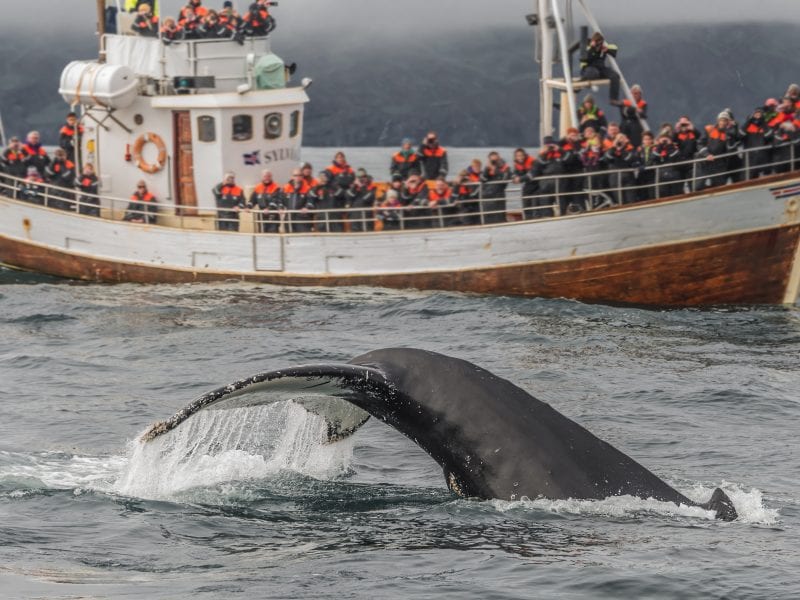 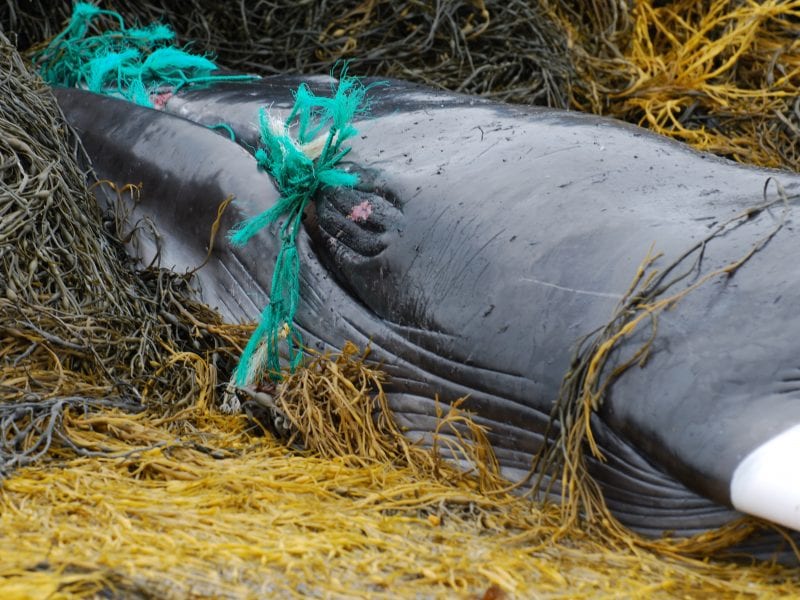 It is also important to recognise the importance of a healthy ocean as a means to help whale populations. Whether it is through donating to organisations such as Greenpeace, WWF or the Ocean Conservation Trust, or by only eating sustainably sourced MSC certified fish, there are a multitude of ways to help. We can choose to buy less plastic, which is particularly detrimental to marine life. Just last year, for example, a sperm whale (Physeter macrocephalus) was found dead with a 100kg ‘litter ball’ in its stomach and UNESCO estimates that 100,000 marine mammals die every year because of marine plastic. Use your voice and spread awareness for the plight of whales, sign petitions and burn less fossil fuel to help mitigate the global climate crisis.

These efforts will work. In the late 1970s there were fewer than 600 humpback whales (Megaptera novaeangliae) in the western Indian Ocean. Now there are more than 30,000. The largest of them all, the blue whale, is also seeing an exciting revival. The British Antarctic Survey team has reported that they have seen unprecedented numbers in Antarctica this year after 30 years of protection of the species.

In times of disaster, whales have proven more resilient than was perhaps ever imagined. The sixth mass extinction is already upon us, but this year we have felt another global disaster in the form of the covid-19 health pandemic. We have seen rise to a strong collective effort and it is this same unity we need to harness while we combat the environmental crisis. It is clear that whales depend on us for protection but we also rely on them for a healthy planet. Whale populations have given conservationists the hope we need, offering proof that collaborative efforts work. We must do as Sir David Attenborough urges us; fight for nature and in doing so, we will also fight for the future of our planet.