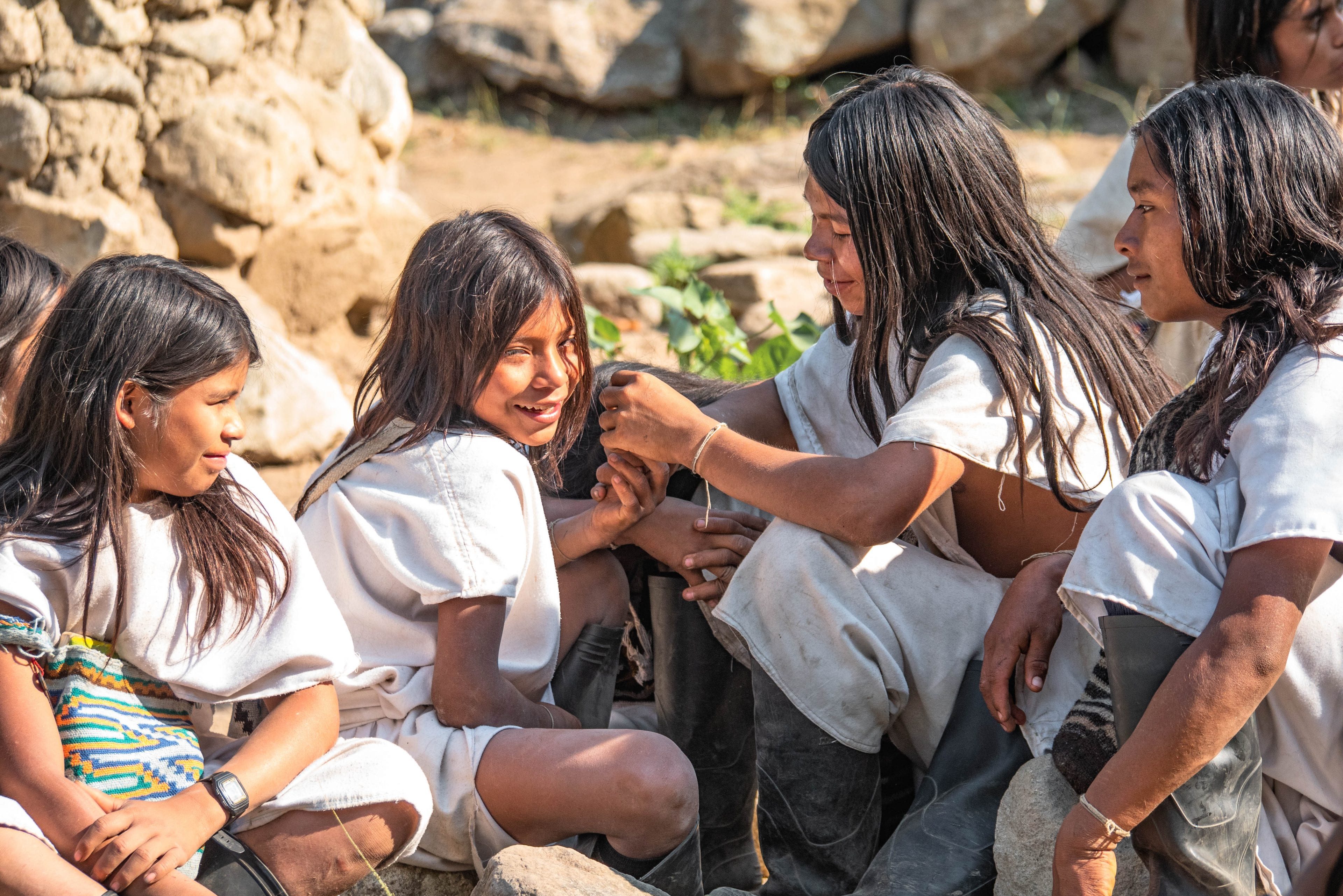 Sailing Across Borders: Why It’s Important to Raise Voices

Kisjonah Roos and Ati Gunnawi Viviam Misslin Villafaña Izquierdo met at a networking event organised by the Sail for Climate Action, a project that hopes to see the inclusion of  Indigenous voices in the UN Climate Conference in Germany. Together, they share the importance of the project to both the Arhuaco communities and wider climate conversation.

Kisjonah: I was in Cartagena, Colombia, together with my friend and fellow activist Tori Tsui. We were organising a networking event in a social enterprise café called ‘Stepping Stone’ to Sail for Climate Action, a project that aims to take 30 Latin American, Indigenous, Caribbean and European youth to the UN Climate Conference in Germany by sailboat. Our hope was for the networking event to help us find new participants and funding.

Danilo, an important leader of the Arhuaco Indigenous community attended the event with his daughter, Viviam. Dressed in traditional white dress, a stark contrast to that of the other attendees, the father-daughter duo were captivating in their speeches. It was impossible to look away.

From that moment it was clear that Viviam had to be part of the programme, with funding quickly secured for both her and her cousin, Daniela. Sail for Climate Action creates an interactive space to bring in different perspectives and searches for collective solutions, bringing a synergy to important places of power. Viviam and Daniela, as frontline activists and youth leaders, simply had to be a part of this.

Tori and I visited three Arhuaco villages under guidance of Danilo – an experience I am extremely grateful for. In hearing other’s stories, and the work I have done through Sail for Climate Action, I wanted to be able to share this platform with the stories, knowledge and experiences of the Arhuacon communities, especially with regards to the climate crisis. And so I asked Viviam share her story and experience. 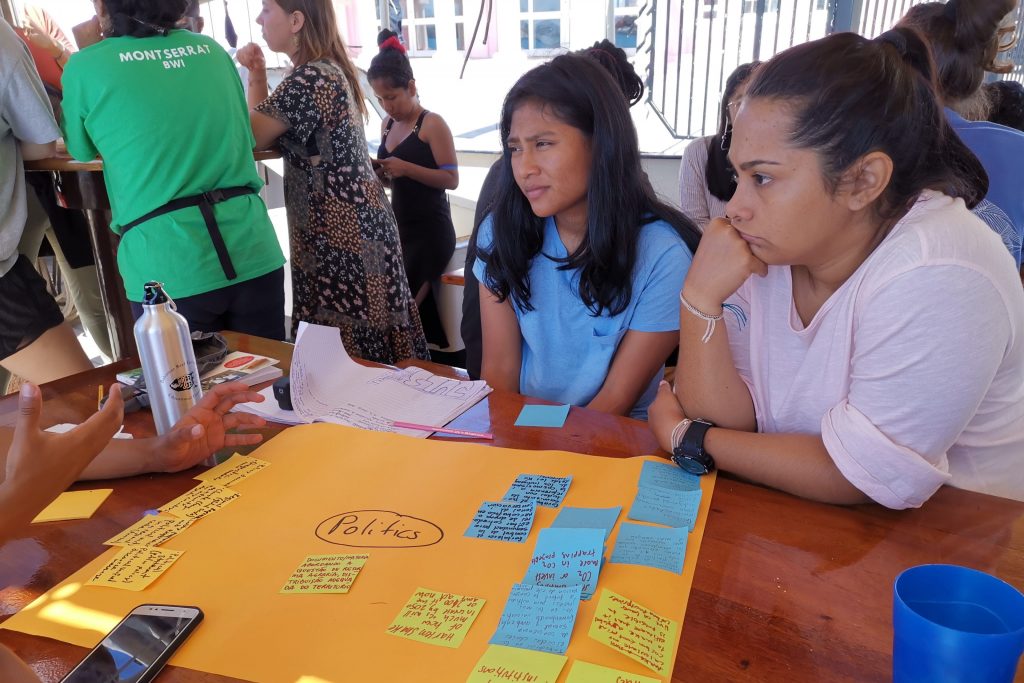 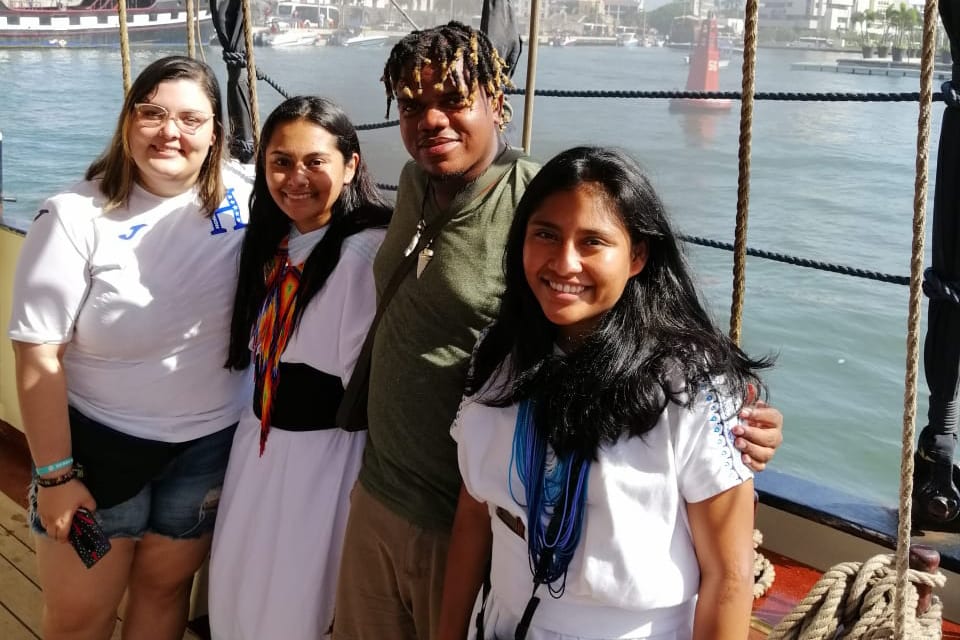 Viviam: When I was aware that I would participate in Sail for Climate Action, I thought about the great responsibility that this required: being a voice within a group that raises environmental demands from a regional perspective to a global audience. Many of these spaces are still closed and indigenous peoples are still thought of in the singular and understood as abstract knowledge, making their understanding and approach even more complex.

The indigenous community I come from is made up of more than 40,000 Arhuacos and Arhuacas. The spiritual authority figures are the mamos, responsible for imparting traditional knowledge within the different settlements that make up the set of the black line – the territorial space that has been delimited through the union of a series of sacred points interconnected as an ancestral territory. This is a territory in recovery because it coexists on its northern side with a tourist expansion front, on its western side with a zone of agricultural and livestock exploitation, and on its eastern side with one of the largest open-pit coal mines in the world. There is also the additional strong paramilitary presence that seeks and controls key drug transit points.

All these are factors that frame the environmental struggles of indigenous peoples, both those who inhabit the Sierra Nevada de Santa Marta, and also those who inhabit Colombia, which is currently the most dangerous country for environmental defenders. According to the Human Rights Watch, since 2016, 400 social leaders have been killed.

The environmental struggles are much more diverse and complex than we can imagine, and so the inclusion of profoundly diverse visions requires rethinking the environmental struggle as a whole. This is where the concept of frontline actors, represented by those who face the serious consequences of the climate crisis from a personal dimension, becomes so powerful and important. Opening these spaces and listening to each other are efforts that we must make in order to begin to generate more concrete proposals that involve those who racism has denied the possibility of expressing themselves. Sail for Climate Action and all those who were involved and supported, have joined efforts to realise the idea of expanding spaces of representation.

Finally, I share with you a concept “seimuke”, a word that most closely translates to ‘innocent’. This concept of innocence that exists in our language refers to one who is still clouded in his reason, unable to understand that we have a responsibility to protect nature because it is an extension of ourselves.

Kisjonah Roos (she/they) has been part of the organising team for both Sail for Climate Action and Building Bridges for Climate Action, projects centered around giving a platform to Indigenous Latin American and Caribbean youth. Currently, Kisjonah is part of the Bad Activist Collective, a space that connects change-makers, artists, story-tellers and activists dismantling perfectionism & fighting for liberation for people & the planet.

Ati Gunnawi Viviam Misslin Villafaña Izquierdo (She/they) is part of the Arhuaca indigenous community of the Sierra Nevada de Santa Marta in Colombia, and a senior political science student at the Javeriana University in Bogota, Colombia. She was a participant of the Sail for Climate Action and Building Bridges for Climate Action projects. She is currently part of a research team that seeks to characterise the Arhuaca self-justice in order to strengthen self-government processes.

A Day at the Atelier: Meet The Restory’s Artisans
We Need To Include The Middle East In The Sustainable Fashion Conversation
Discovering Peoli: A Craft Enterprise in the Himalayas
Why The Commercialisation Of Our Body Image Is Putting The Planet At Risk